Integration Suite – Developing Custom Adapters with IDE of Your Choice

If you are familiar with the adapter development using eclipse plugins, we offered the development of custom adapters with a dependency to Eclipse Oxygen. With January 2022 increment, we are providing more efficient and convenient way to develop custom adapters using any IDE of your choice.

With this increment, you shall be able to create a maven based project even for reusing an existing camel component.

In this blog, I am going to show you how to create the adapter using archetypes and different maven phases for metadata generation and build.

Adapter Project based on New Component

In this type, you normally need to implement the camel component within the adapter project. A sample adapter with all the necessary classes and metadata for a component is generated during the project creation.

This type can be used when you already have a camel component and you want to create the adapter based on this component. You can relate it to the non-maven adapter type in eclipse. Now this is also based on maven and hence normal maven lifecycle can be used to build the project.

We are going to create the project using the below archetype. Following is the maven command reference

What are these command parameters mean?

You can either use the above archetype:generate command or any IDE of your choice to generate the project. Refer maven central repository for the latest version of the archetype.

I am using the Intellij IDE to generate the project. You can also use other IDEs like Eclipse or Visual Studio etc. 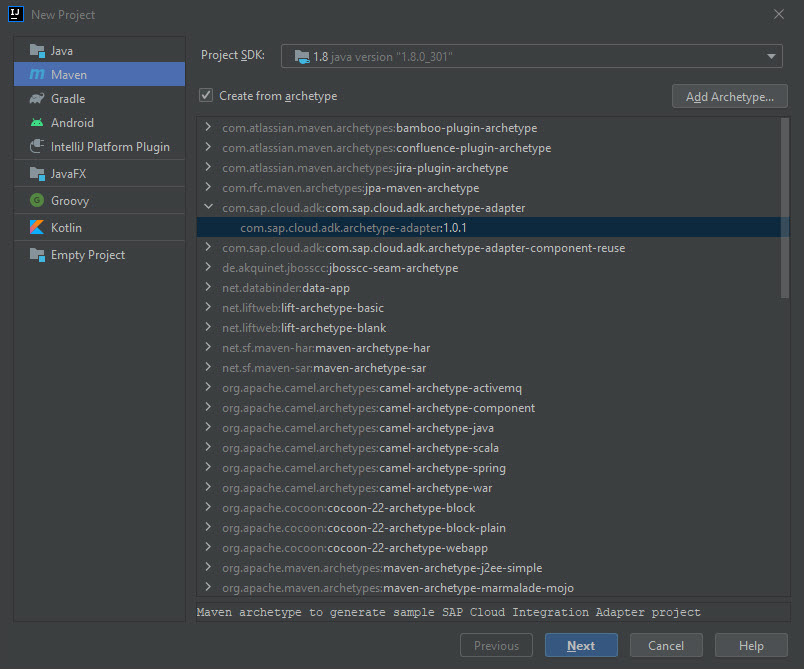 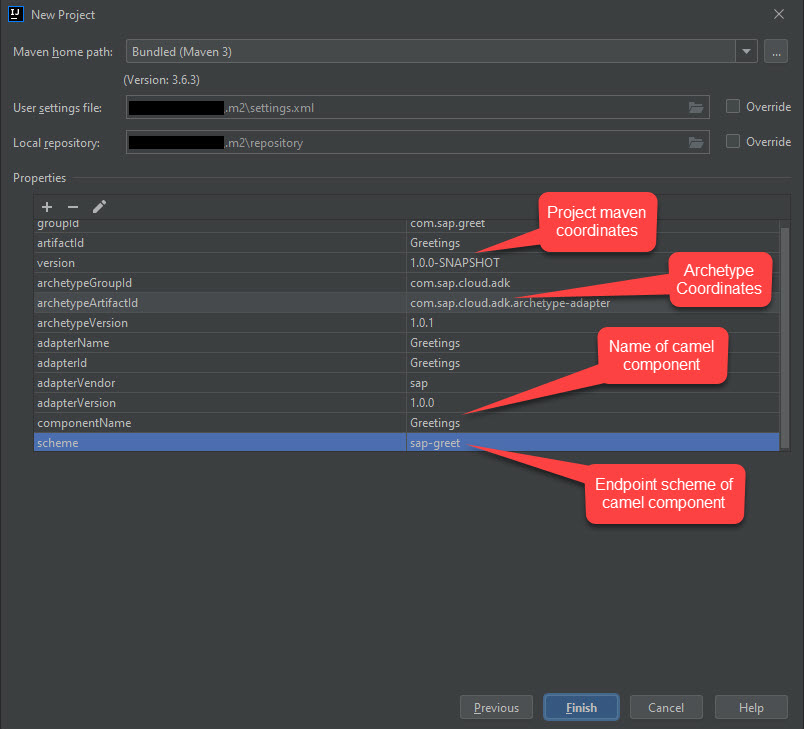 Clicking on the Finish button, adapter project is created. 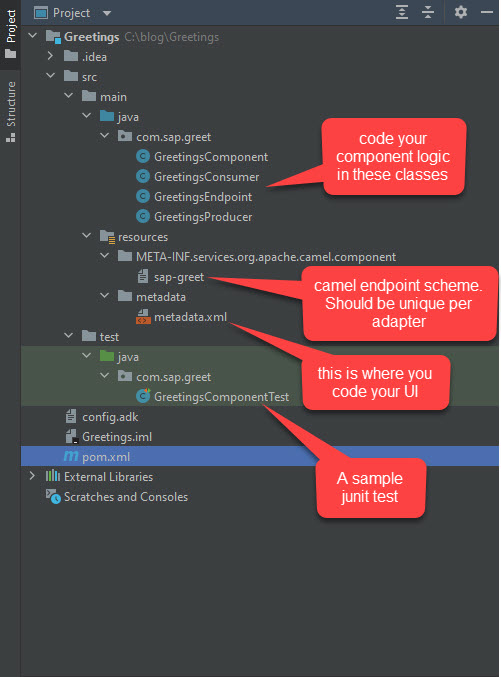 A sample camel component is already generated for your. Let’s briefly understand what each of these files mean.

Use the maven build commands to build the adapter project.

The ADK plugin comes with various useful maven goals. Below screenshot shows the various maven goals which can be used in the adapter development process. 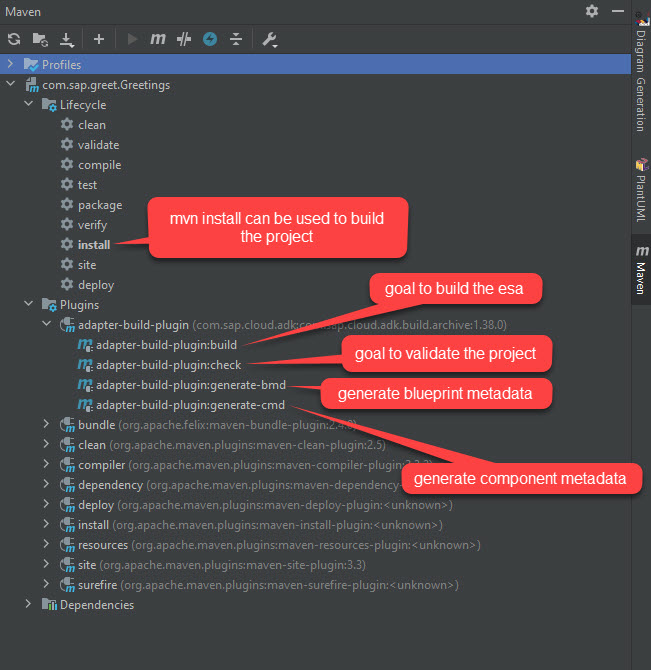 In case you want to re-generate the component metadata, generate-cmd goal can be used.

In the same way, if you want to generate the blueprint metadata, generate-bmd goal can be used.

If you want to do a validation check on the project explicitly, you can run the check goal. However, the check is executed automatically as part of the install command.

Note that all the options provided in the eclipse plugin are provided as maven goals.

Once the maven build is successful, the esa file is generated in target/build. The esa file can now be imported in web-ui and can be consumed in an integration flow.

Here let’s build an adapter based on an existing camel component!

The project is created using the archetype. Below is the maven command reference.

You can either use the above archetype:generate command or any IDE of your choice to generate the project. Refer maven central repository for the latest version of the archetype.

I am using the Intellij IDE as before to generate the project. 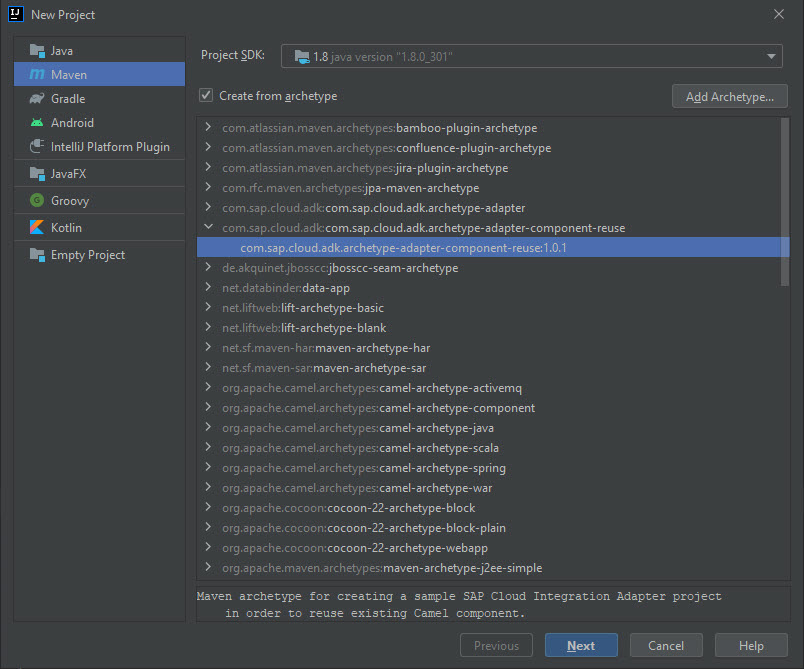 Adapter project details are given in the next page 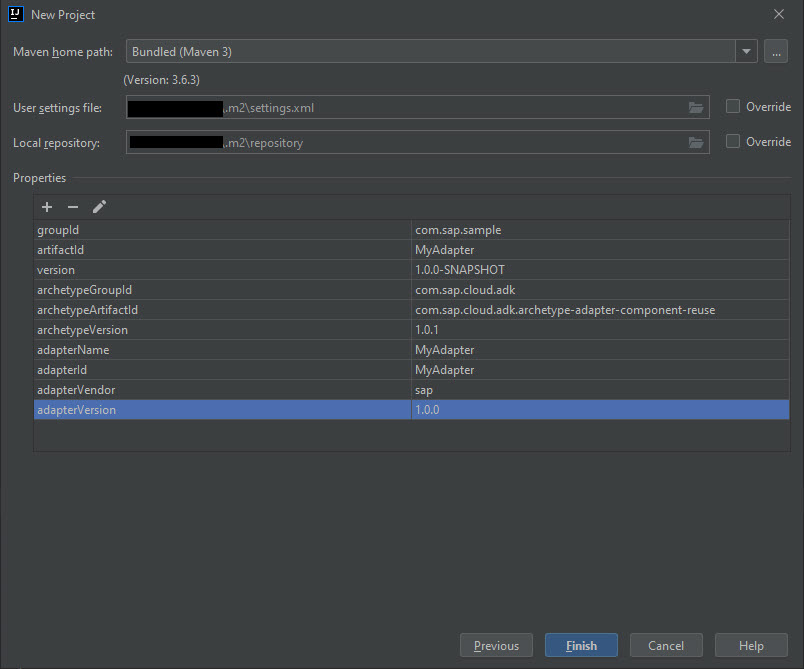 The project is created as shown below 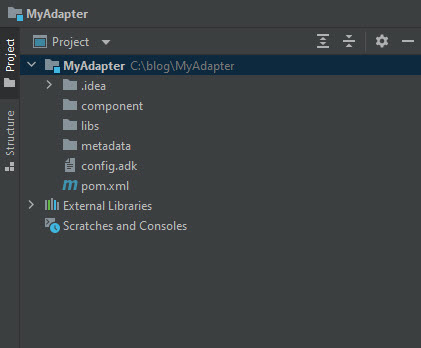 component – This is where the camel component to be placed.

libs – The dependent jars need to be placed here.

metadata – This folder will contain the generated metadata xml file.

As you can see, all these folders are currently empty.

Open the pom.xml file. Here, you can refer the camel component maven coordinates as shown below. This way, the component jar and their dependencies are automatically copied to the respective folders during maven build. 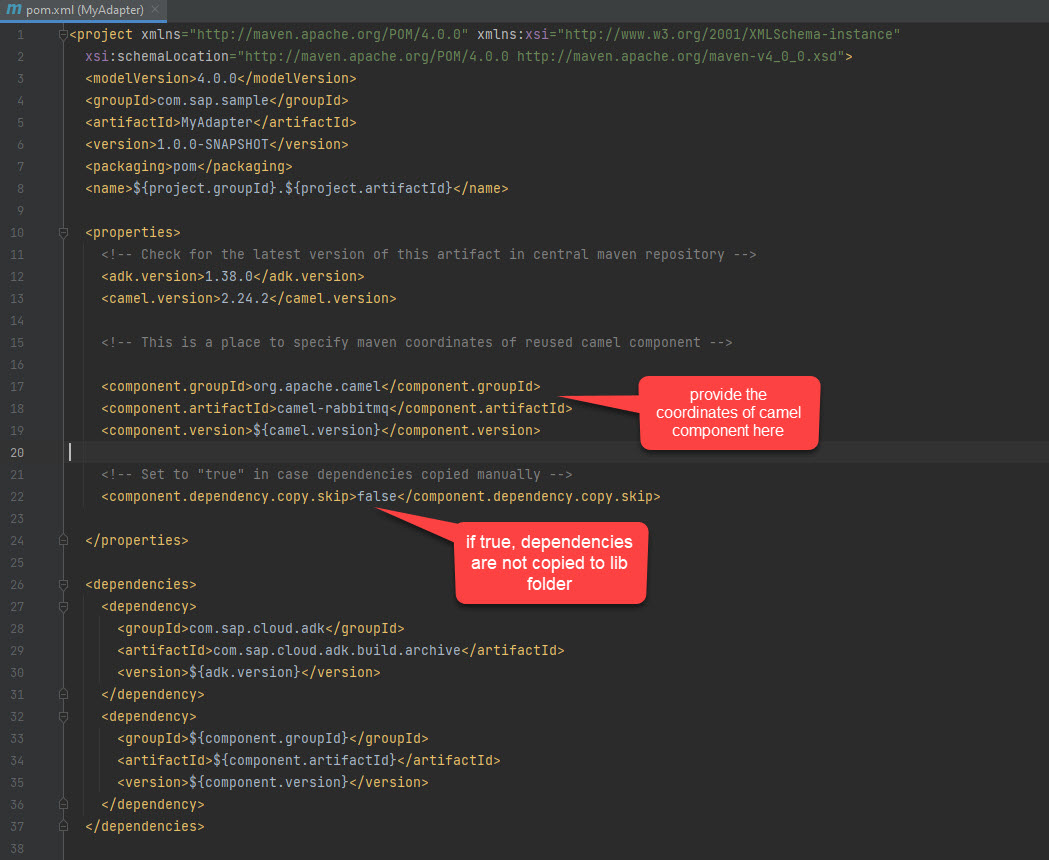 I am using the camel-rabbitmq camel component to create my adapter.

After the successful build, you can observe the following: 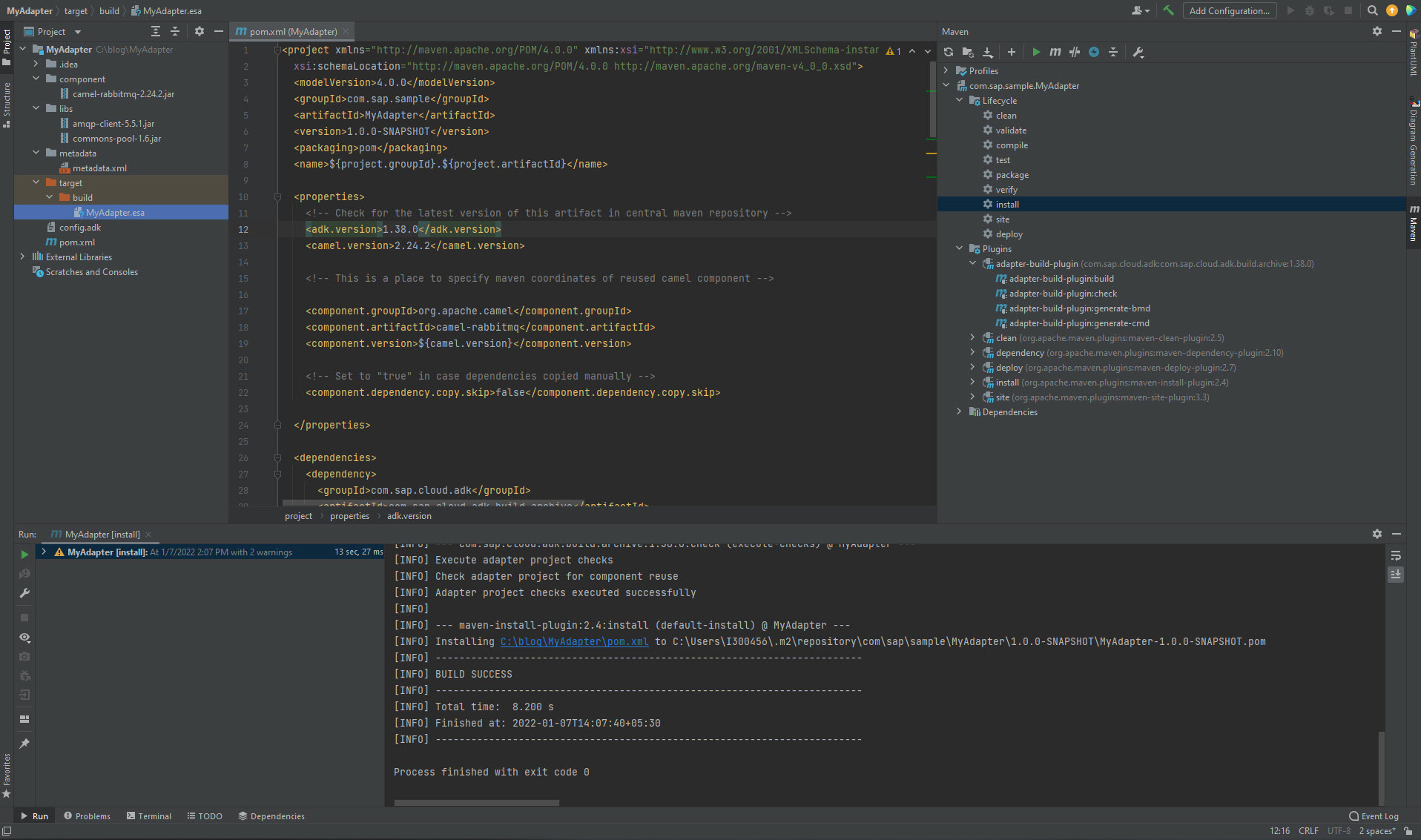 If you want to place the component and dependent jars manually, you are free to do so. However you need to comment out the maven-dependency-plugin from the pom file.

If you already have a non-maven based adapter project which was created using the old eclipse plugin, you can manually convert it to new maven based project.

In summary, we have seen how to create both types of adapter projects. Also seen what are the different maven goals available for the adapter development.

Great blog. I was finally able to understand how to create custom adapter. But I still don't get how can I import it into CPI cf. When I open Artifact and edit -> add -> there is no option to chose 'Integration adapter'. I have also assigned groups AuthGroup.Administrator, AuthGroup.IntegrationDeveloper, AuthGroup.BusinessExpert and ESBMessaging.send.
Please could you tell me how to do it? I will appreciate it very much.