Weight changes over time for certain products like Meat, Poultry , Fish , Dairy etc and hence the products are required to be monitored in parallel units for its inventory. SAP provides a functionality known as ‘Catch weight management’ which provides the option to capture the parallel units as shown in below image (copied from a SAP document prior to the release of S/4HANA) . 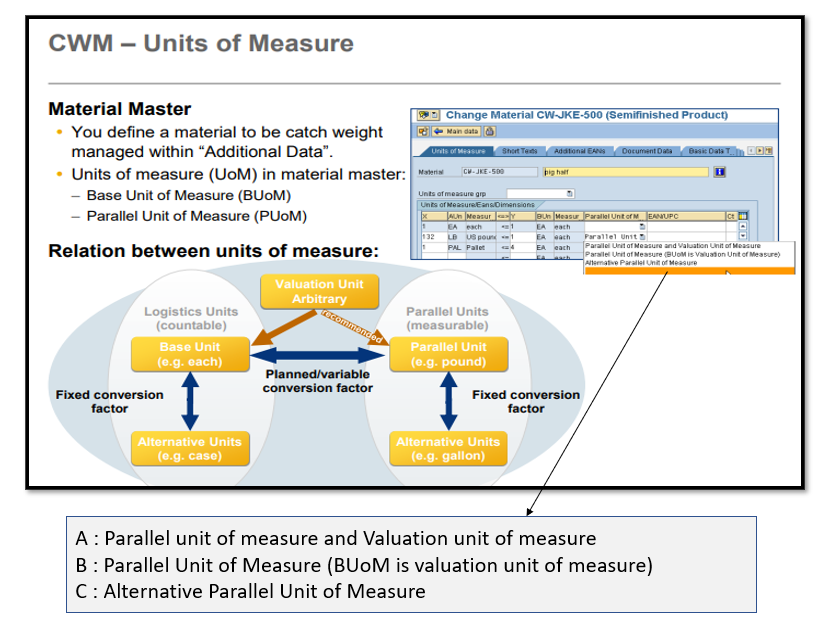 SAP recommends to use  ‘Base Unit’ as countable like Piece / Carton / Case and ‘Parallel Unit’ as measurable like Kg / Gallon as shown in above image.

Presently working for a Dairy customer migrating SAP Extended warehouse management (EWM) on SCM to EWM on S/4HANA. Faced some issues with catch weight (CW) materials and found some changes for catch weight management in S/4HANA w.r.t SAP ECC. My present blog is to describe the changes with CW management in ERP S/4HANA & EWM on S/4HANA and its pre-requisite system set up. Refer my earlier blogs like https://blogs.sap.com/2020/01/12/decentralized-ewm-on-s-4hana-deployment-transfer-of-master-data-transaction-data-and-functionalities/ and https://blogs.sap.com/2019/05/06/decentral-extended-warehouse-management-ewm-on-s4hana-features-deployment-options-and-migration/ for generic migration details for decentral EWM on S/4HANA. 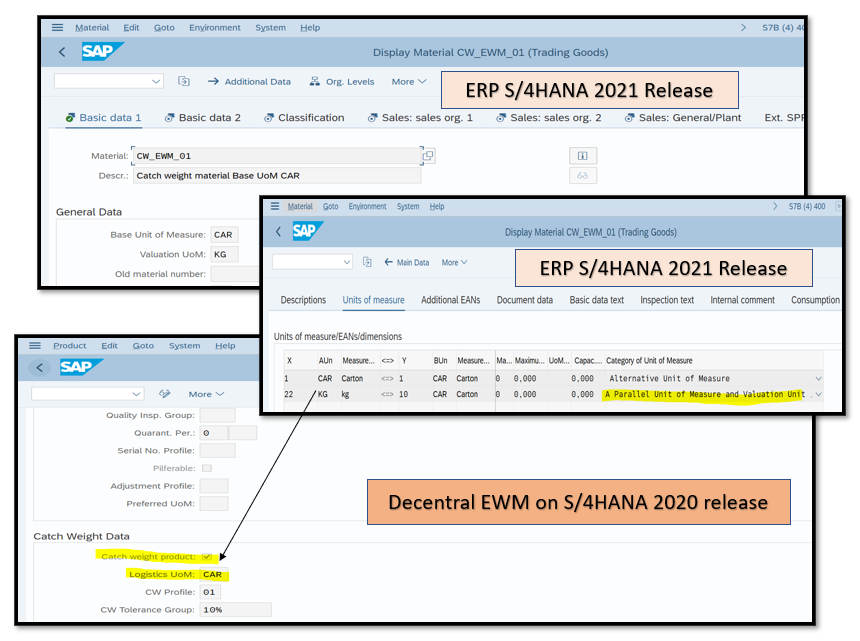 Decentral EWM on S/4HANA gets the ‘Logistic UoM’ as CAR i.e the same as set for Base UoM in ERP material master with S/4HANA as depicted in above image.

Valuation quantity also appears as editable with UoM as Kg as in below image while creating a handling unit for an inbound delivery in decentral EWM on S/4HANA. 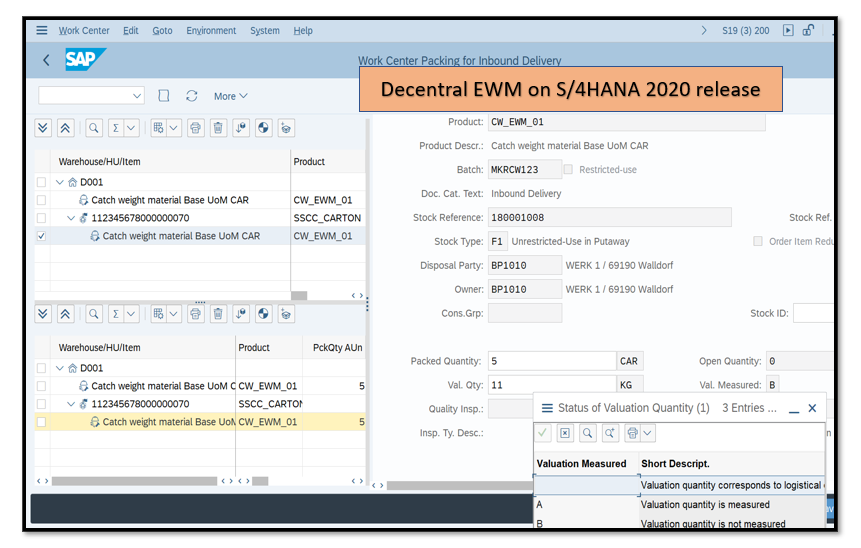 This blog is based on my personal tests, observations, insights in ERP S/4HANA 2021 release and Decentral EWM on S/4HANA 2020 release. Will appreciate your feedback / comments.