In this blog post I will have a look at the change of resources in production orders, a feature that got introduced with SAP Business ByDesign Release 2202.

Until release 2202, operations of released production orders could not be assigned to alternative main resources. However, in real life, it might happen that a not started operation needs to be moved to another resource, be it because of resource break-down or a bottleneck situation.

With release 2202 we now allow to change the main resource of a production order operation, when no underlying task of that operation is started yet.

To better illustrate this, I have created a production model with two operations: 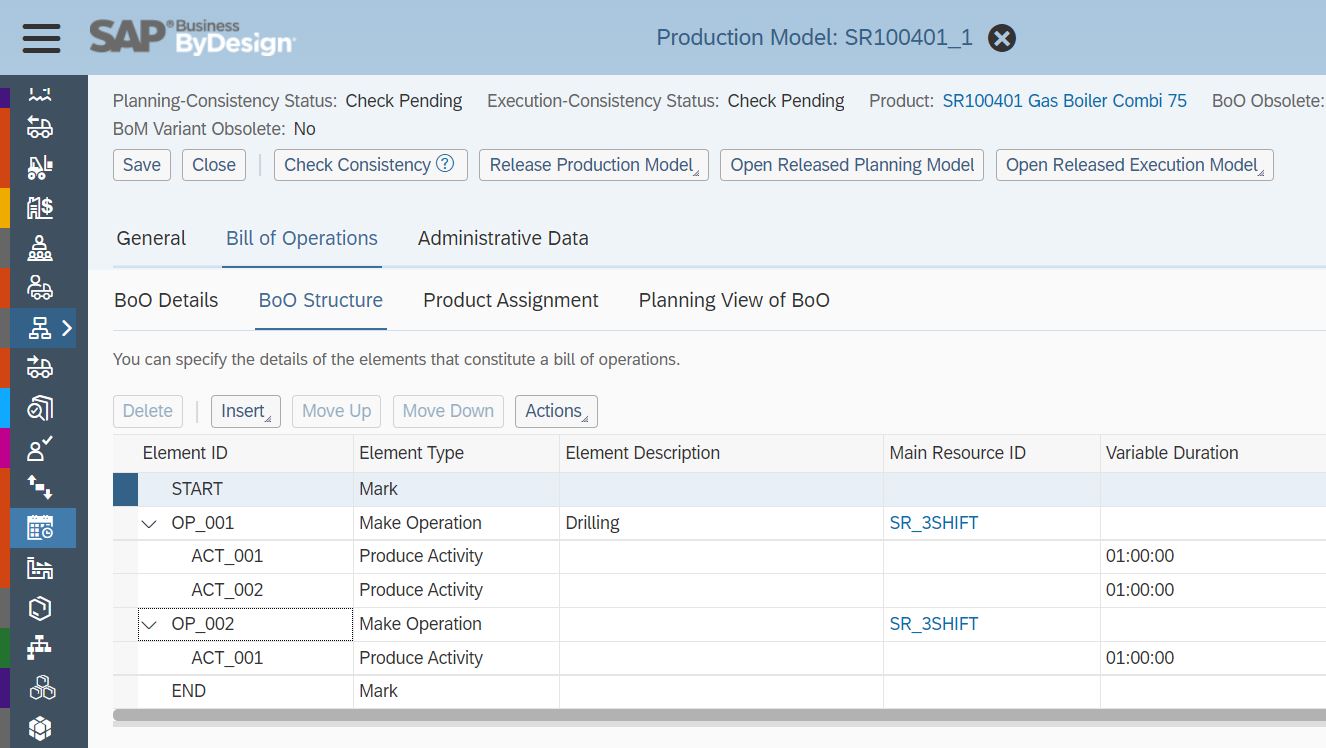 In my first example I will use the task generation method ‘Operation including Reporting Point’, meaning, that the system will create one task per operation.

For a production order in status ‘In Preparation’ or ‘Released’, it is now possible to change the main resource in both operations. This can be done in the ‘Order Structure’ view in the production order UI. 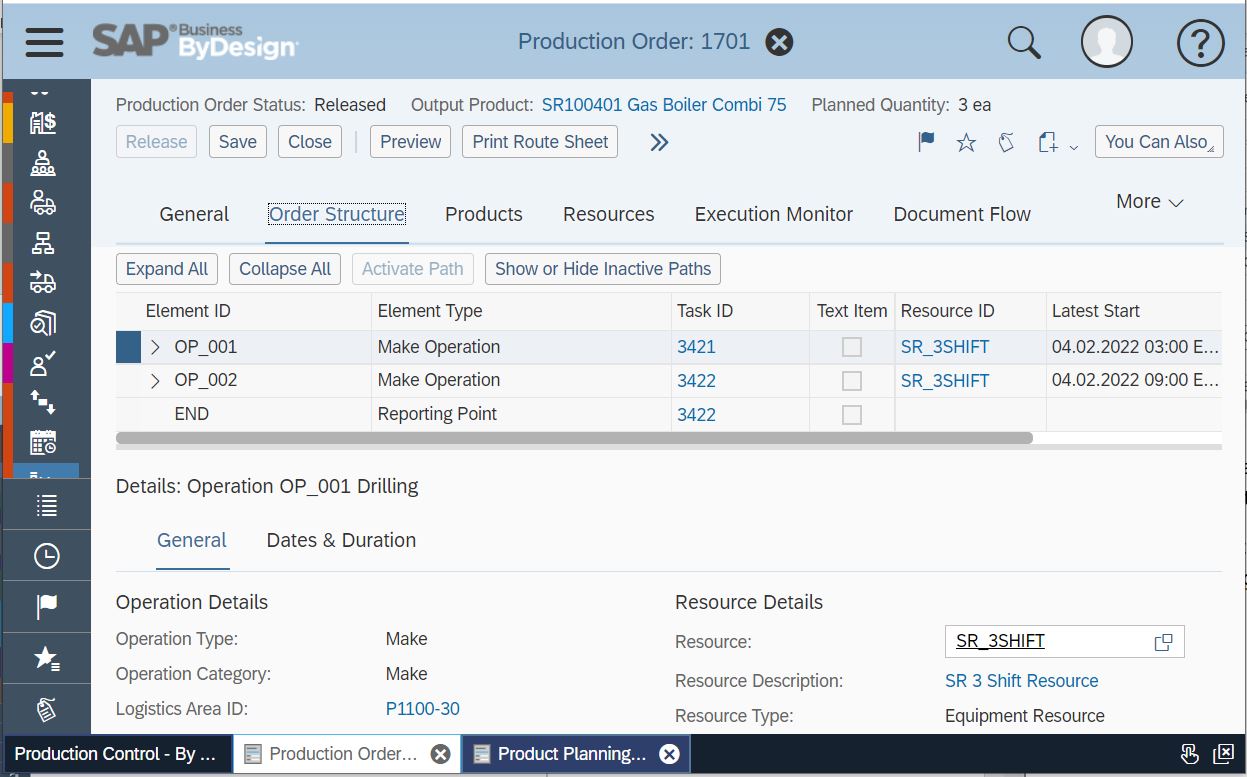 Once an operation is assigned to another resource the underlying task will be updated accordingly, and a rescheduling of the operation and task is triggered.

Now, upon starting the first task (ID 3421) it is not possible to change the resource for the operation related to the task. There are still use cases to also change the main resource of started tasks, but that is not in scope with 2202. It might be planned in a later release.

Still, when selecting the second operation the main resource can still be changed to another resource, because the status of the underlying task is still ‘Not Started’.

I would also like to highlight, that there is no need to pre-define the alternative resources upfront. In fact, you can choose from any resource suitable for production in the site. This might significantly reduce the time to setup production master data because alternative paths do not need to be defined anymore upfront.

Please also check out my video.

Would there be any possibility to get a web service for this function. So that the device resource of the production order could be changed using the SOAP service?

sorry for only coming back to you after some weeks. I have discussed this with development and they will have a closer look into it with release 2305. That does not mean, that we commit this feature, first we have to do a technical feasibility analysis.