Replace a specific character in the SAP Analytical Application 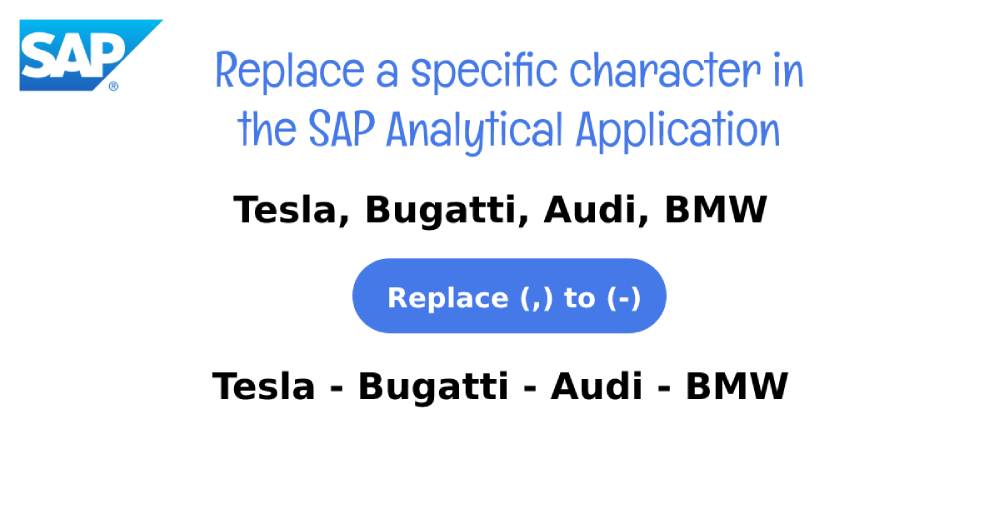 But there is an issue its can only one time, like if you have (Apple,Mango,Banana) and you want to replace comma(,) with – (hyphen) so replace function will only return as (Apple-Mango, Banana), so thats why here is one issue, but there is one perfect when to replace char from whole string, just follow the article.

One Way with Replace Function

So this is one problem, its only replacing the first one char where its find the replace value.

Another Way with split and join Function

Here we will use Split function to split all string into array and then we will use join to combine all array elements into single string.

Using this methods, we can replace char easily from string.

There is function in analytic designer that does the same thing StringUtils.replaceAll();