Steampunk will expand into S/4 HANA Cloud and S/4 on-premise, as an ABAP developer in Steampunk it is only possible to use released objects when creating applications.

ABAP developers should strive towards using released objects, also in old code on on-premise systems. However, until now, it has been tedious to lookup information about released objects.

I hereby introduce abapedia.org, which contains an un-official self-contained partial description of the ABAP API implemented in Steampunk 2111, STRINGTAB example: 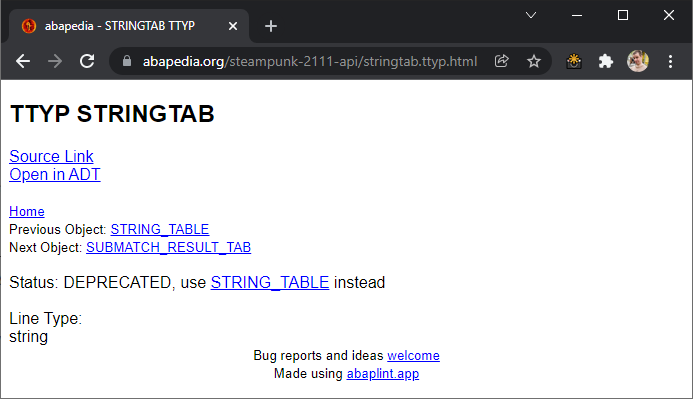 The definition of the ABAP API is self-contained, and together with language syntax, it is possible to have static analysis tools guide the development towards Steampunk compatibility.

As an example, we are working on making abap2xlsx Steampunk compatible, see the current status and findings in https://github.com/abap2xlsx/abap2xlsx/pull/925. Note that only the core logic is checked for compatibility, not the demo programs. 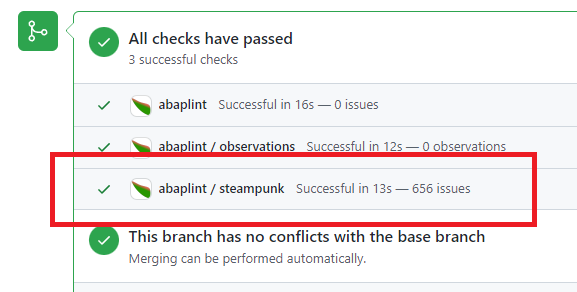 Had to put it somewhere that can is easy to remember 🙂 Got too many domains...

Seriously. Thanks for this, Lars. This will really help me a lot.

I like the idea of working with released objects only a lot... I find it really great to have all the classes, interfaces, function groups, function modules and so on in the repository but for a lot of business cases, I just use the BAPIs for well known reasons 🙂