The purpose of this blog is to explain the concept of GR/IR, GR/IR regrouping, why it is needed and how it is configured in SAP.

GR/IR regrouping is an important FI closing activity which is performed at the end of each period and helps us to properly classify the open items in the balance sheet.

That’s why the functionality of GR/IR is used in SAP to match and track the relevant goods and invoices. Whereas GR/IR regrouping is used to give a true and fair view on the balance sheet.

For the understanding of functionalities and documentation purpose, I have explained and summarized below:

[Goods received from supplier; invoice not received yet] MIGO

[Invoice received from supplier; Goods not received yet] MIRO

Transaction F.13 can be used at the period end to clear the GR/IR account line items for which previously invoice, or goods were missing.

But it might happen that A/C 219914 still has some credit and/or debit balances at the end of the month/period.
i.e. A credit balance for the transactions “delivered, but not invoiced” and

a debit balance for the transactions “invoiced, but not delivered“.

Now the business is required to display these two above mentioned business transactions correctly in the balance sheet.

That is, credit and debit balance must be taken out from account “219914” and reclassified/regrouped correctly.

For this purpose, Transaction F.19 can help by generating adjustment postings.

F.19 is a program that selects all items in GR/IR clearing account which are open at the specified key date (i.e. last working day of a closing period)

and creates adjustment postings in an Input Batch Session for these items.

Once Input Batch Session has run as a closing activity, following entries would be passed.

What F.19 would do on the last working day of a period?

For Goods received, invoice not received

For Invoice received, goods not received [Goods in Transit]

What F.19 would do on the first working day of the next period?

It would reverse the above entries [Automatic reversal].

Configuration in the SAP:

For that purpose following accounts would be used: OBYC 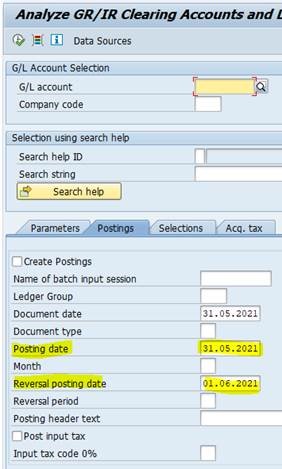 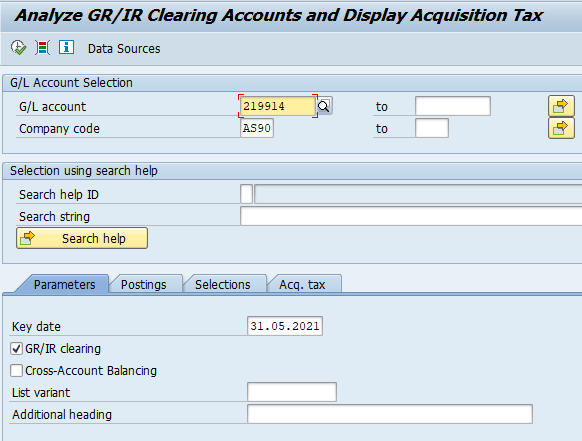 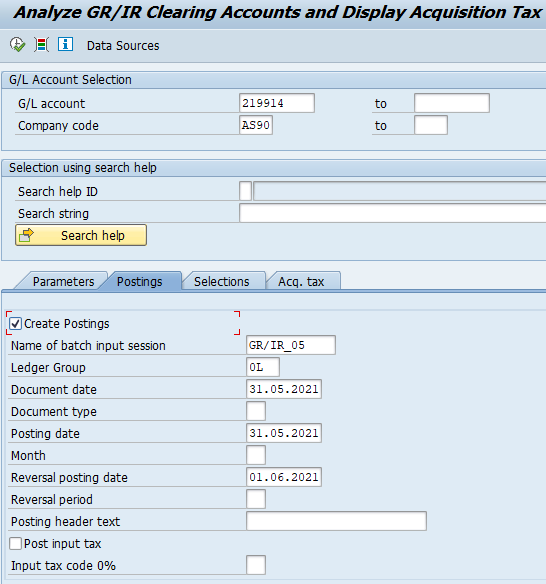 The program analyzes goods receipt/invoice receipt (GR/IR) clearing accounts at a specified key date, and generates adjustment postings if necessary. These are needed in order to display the business transactions correctly in the balance sheet comprehensive report make GR/IR Regrouping a cool functionally provided by SAP.

A very nice document with a clear and precise explanation about all the steps and objects.

Helped me a lot with my configuration and also with my concepts, a much needed one.

I appreciate you describing all the documents briefly.

It will help beginners to build their concepts and help them in configuration.

What is the standard posting keys for GBB..?

Standard Posting keys for GBB is