In this blog we will look at the possibilities of currency conversion in the new SAP Analytics Cloud Model and compare “in Story Calculation” and the new conversion with “Conversion Measures” and “Currency Varibales”.

With currency conversion in SAP Analytics Cloud, it is possible to report and plan in different currencies. The use of “Conversion Measures” and “Currency Variables” allows new possibilities of application and extends the previous “in story” calculations.

For our example we need

At the very beginning we set up the conversion table for our currency rates in SAP Analytics Cloud “Currency Conversions”. 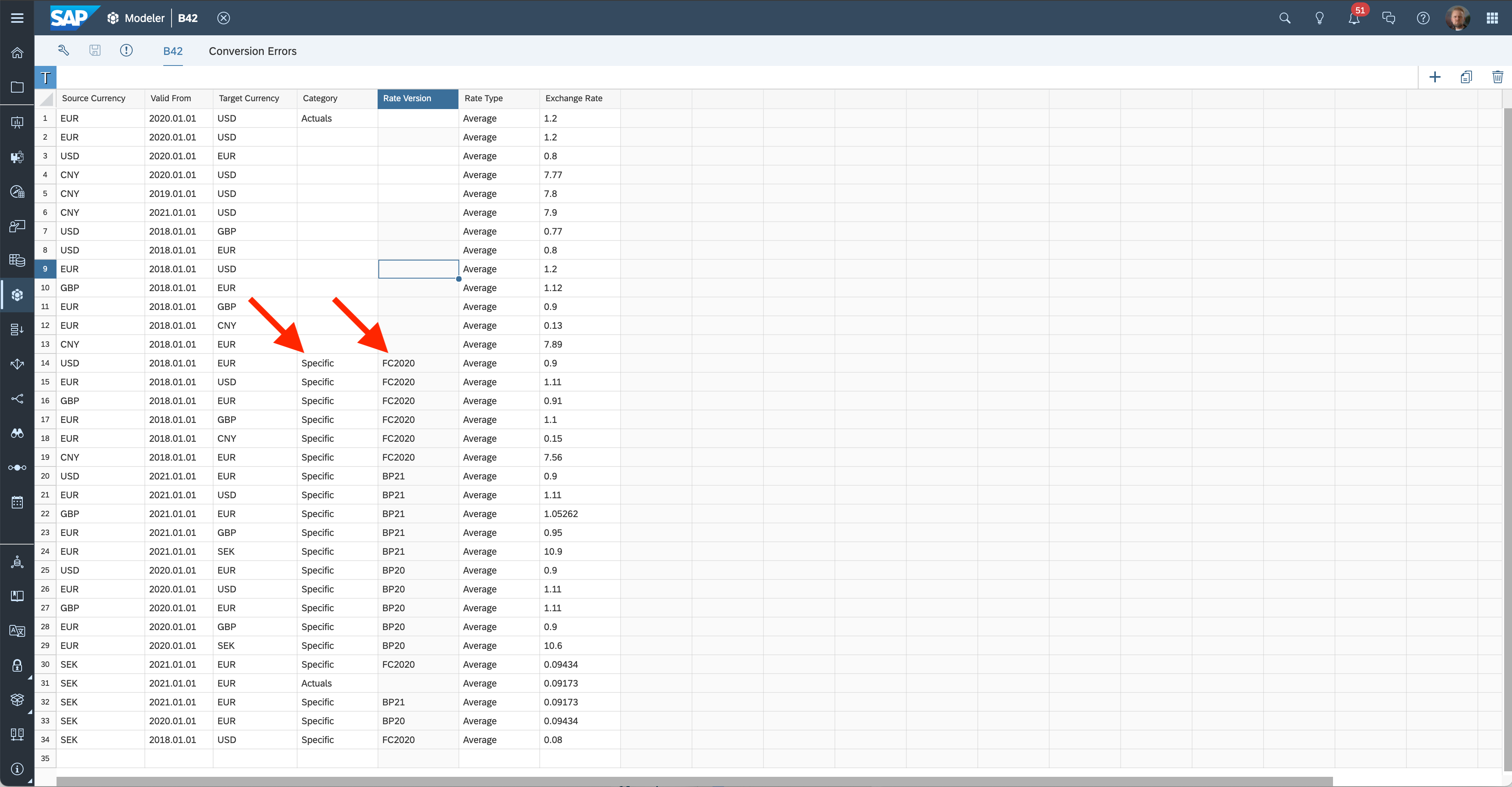 Second, we build a very small SAP Analytics Cloud planning model. The model (New Model) consists of an account dimension with profit and loss structure. In addition, an organization dimension with companies in different countries and currencies. One currency is assigned to each company (Local Currency). Other setups are possible, but in this example we will keep it simple. 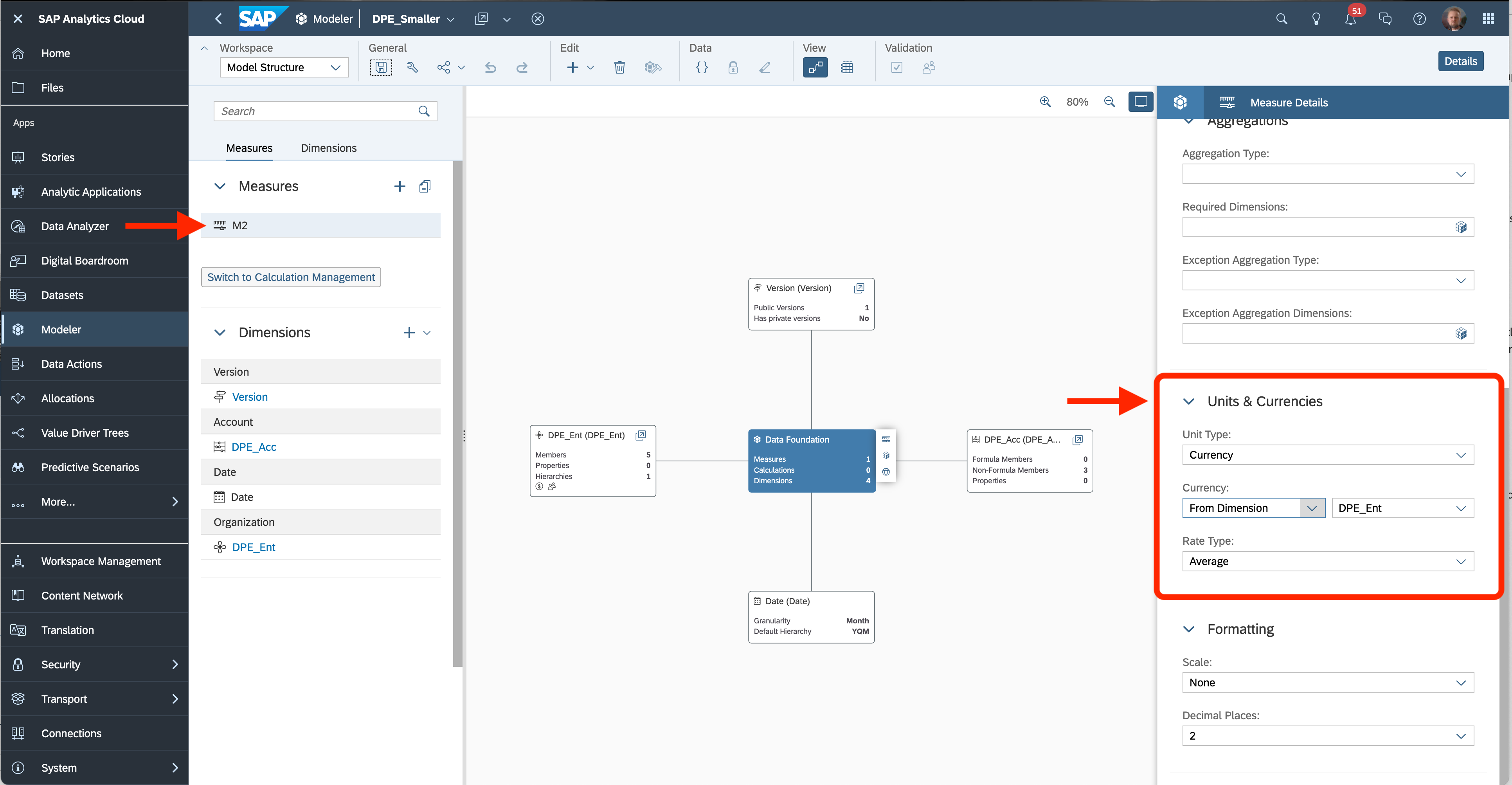 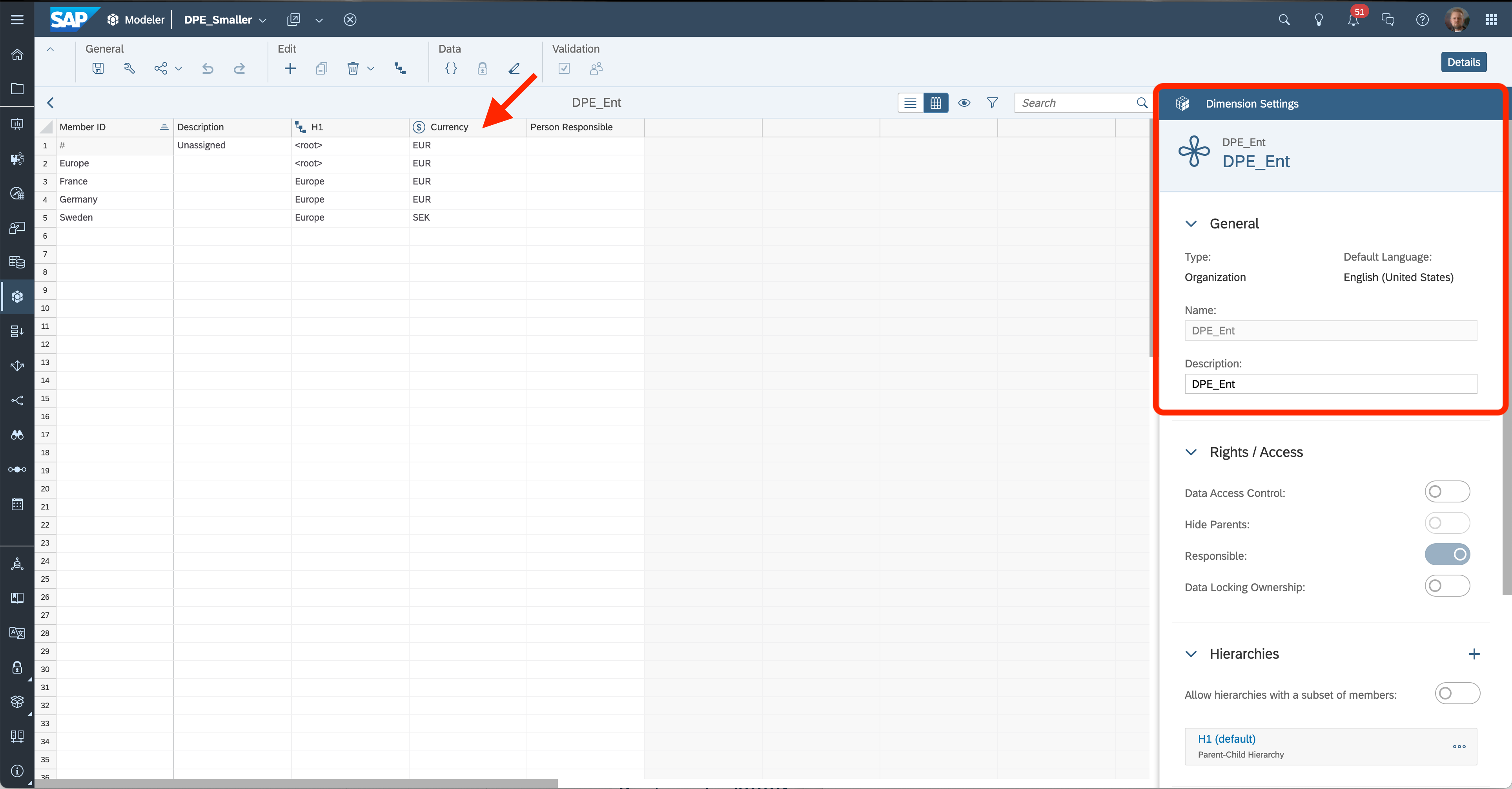 Figure 3: The entity dimension with the currencies set per unit 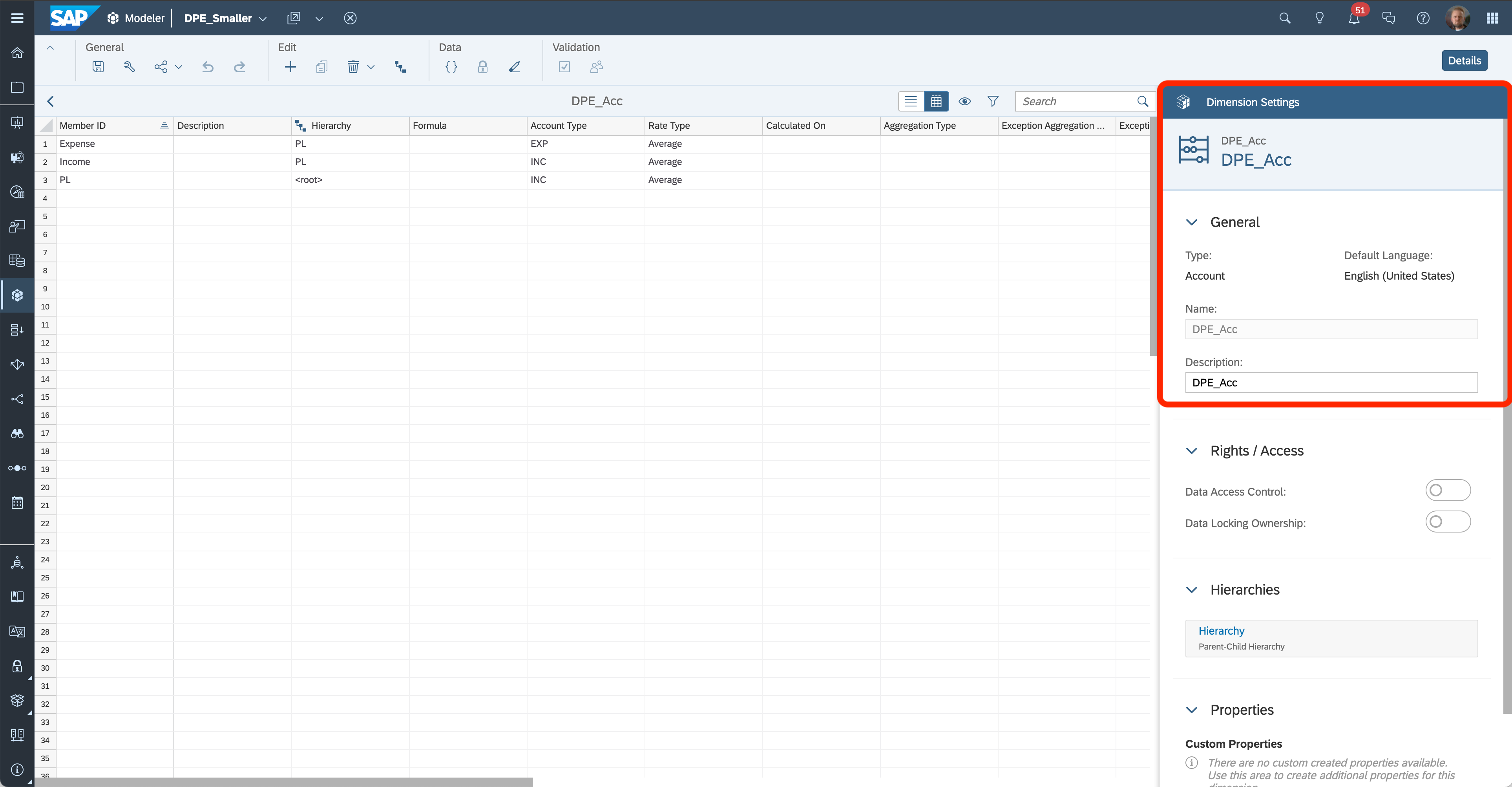 Figure 4: The account dimension with profit and loss structure (simplified)

After the base model is built, a “Conversion Measure” can be created in our model. 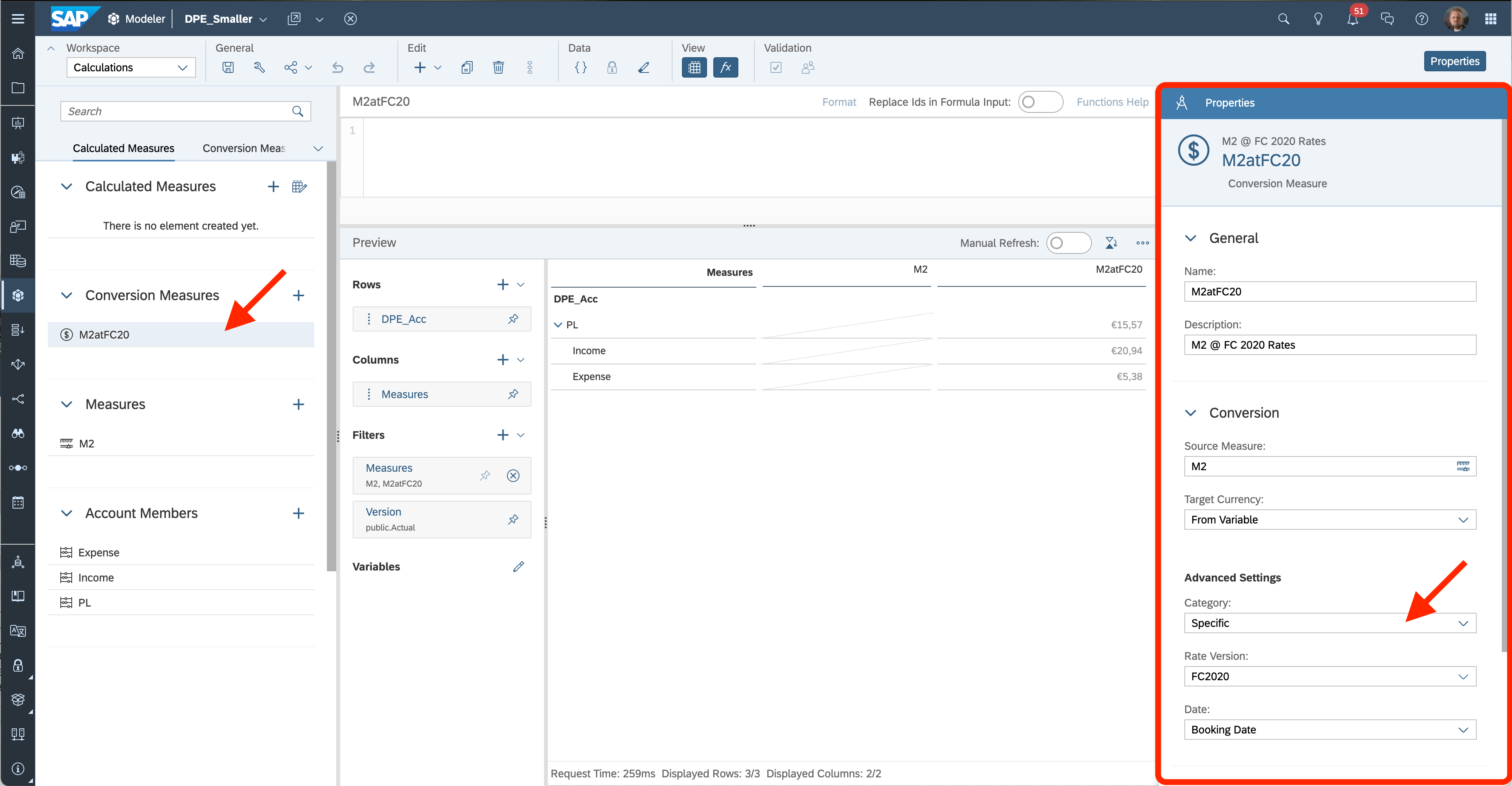 Figure 5: Creating the Conversion Measure for an in Model Calculation

In a story, we use the table to view our model. To do this, we create a table with the company and accounts in the rows and version, measure and date in the columns.

Figure 6: A new story on our model and selecting the Conversion Measure.

Before we use the “Currency Variable”, we will create an “in Story” currency conversion for comparison. 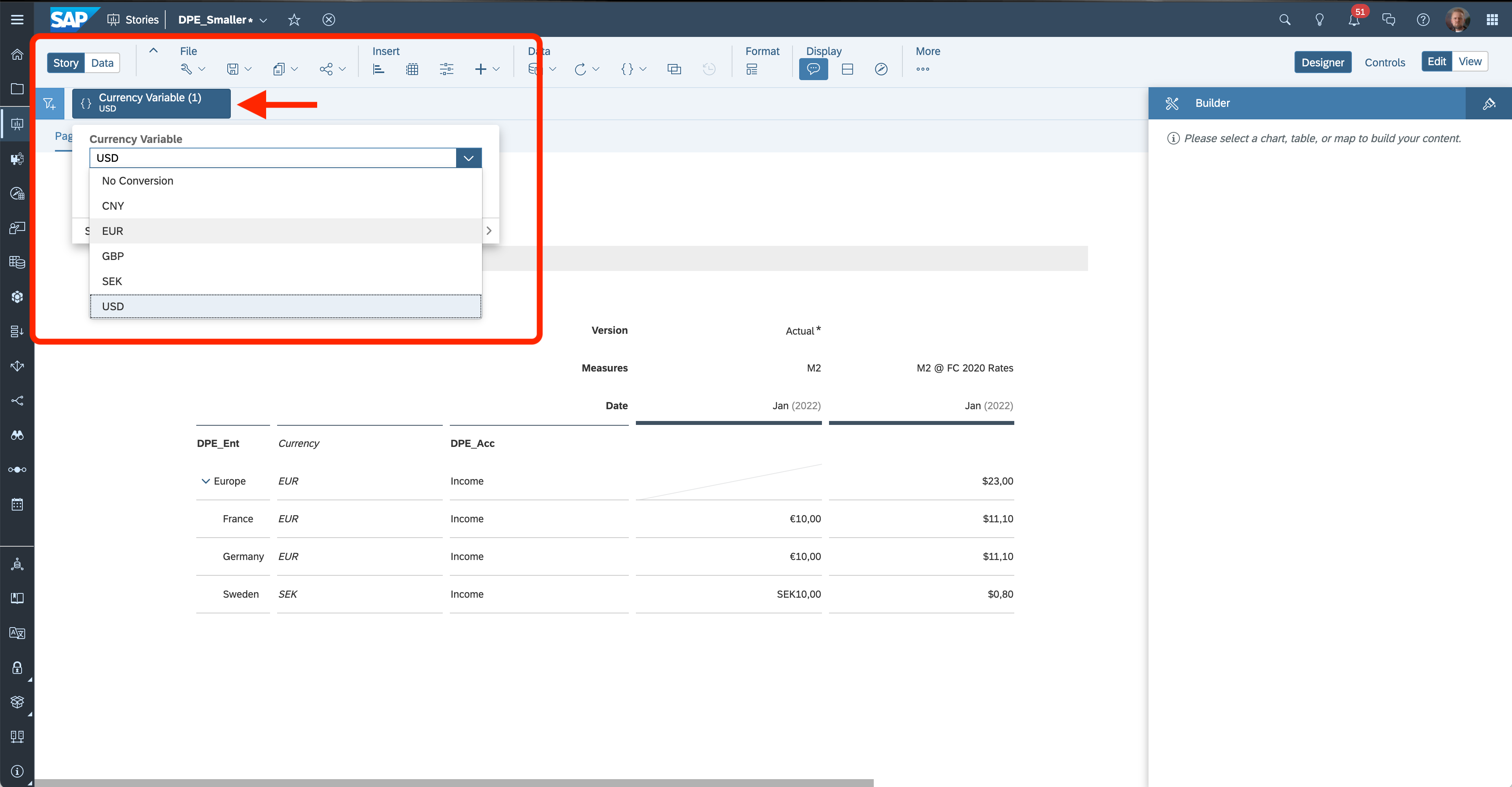 Figure 7: Use of the currency variable

With the new SAP Analytics Cloud Model and the “Conversion Measure” plus “Currency Variable”, new possibilities of currency simulation and exchange rate conversion come into use. The structure used here shows a variant of the modeling and can be used as an idea or introduction.

Many thanks for your interest in the topic and I hope you like it. Please share your feedback in the comments and let me know if you have any questions.

Can the Currency and Unit conversion be taken over from the ECC/S4 system ? In a similar way as in the BEx / AfO .... Or do we need to maintain the conversion in SAC ? ,

Is this only available in a planning model ?

Hi Jan - thank you for your questions and interest in the topic.

This article looks at modeling with currencies in an SAP Analytics Cloud planning model. SAP Analytics Cloud is much more than "only" a frontend like BEX/AfO, because also the holding and/or planning of currency scenarios is possible. The master and transaction data is loaded into a SAP Analytics Cloud Model. If already converted currencies (Preconverted) of are to be used, these can also be utilized (see -> https://help.sap.com/doc/00f68c2e08b941f081002fd3691d86a7/2022.1/en-US/fe39568a750e4ef38bf43065ff403ce8.html).

This link to an article by Kanchana Subbiah

I will be happy to have helped a little.

Hi Dirk,  many thanks for that interesting blog. I think, Jan's question is going into that direction, whether it is possible, to transfer the central currency and unit conversion rates from a S/4 system directly into SAC. In a S/4 you have already central currency and unit conversions maintained. The question is, whether there is a standard integration available in SAC to make these global metadata available for modeling in SAC, if possible even for live models.

many thanks for your kind help and best regards