Twice each year, in May and November, there is an Ariba release that includes a new support pack (SP) for the ECC or S/4HANA CIG Add-On. SAP has an n-1 support policy for CIG Add-On SPs which means that the current and previous SP versions are supported.

With a twice-yearly release cadence, the recommendation is to apply CIG Add-On SPs at least once per year to stay on a supported version. For more details, please refer to the Support Pack – Support Policy.

To keep up with releases and CIG Add-On SPs, teams often ask questions such as:

For the first question, match the CIG Add-On SP version to the Ariba release calendar via the release date. For example, SP 0015 was released in November 2021 and is part of the 2111 release. 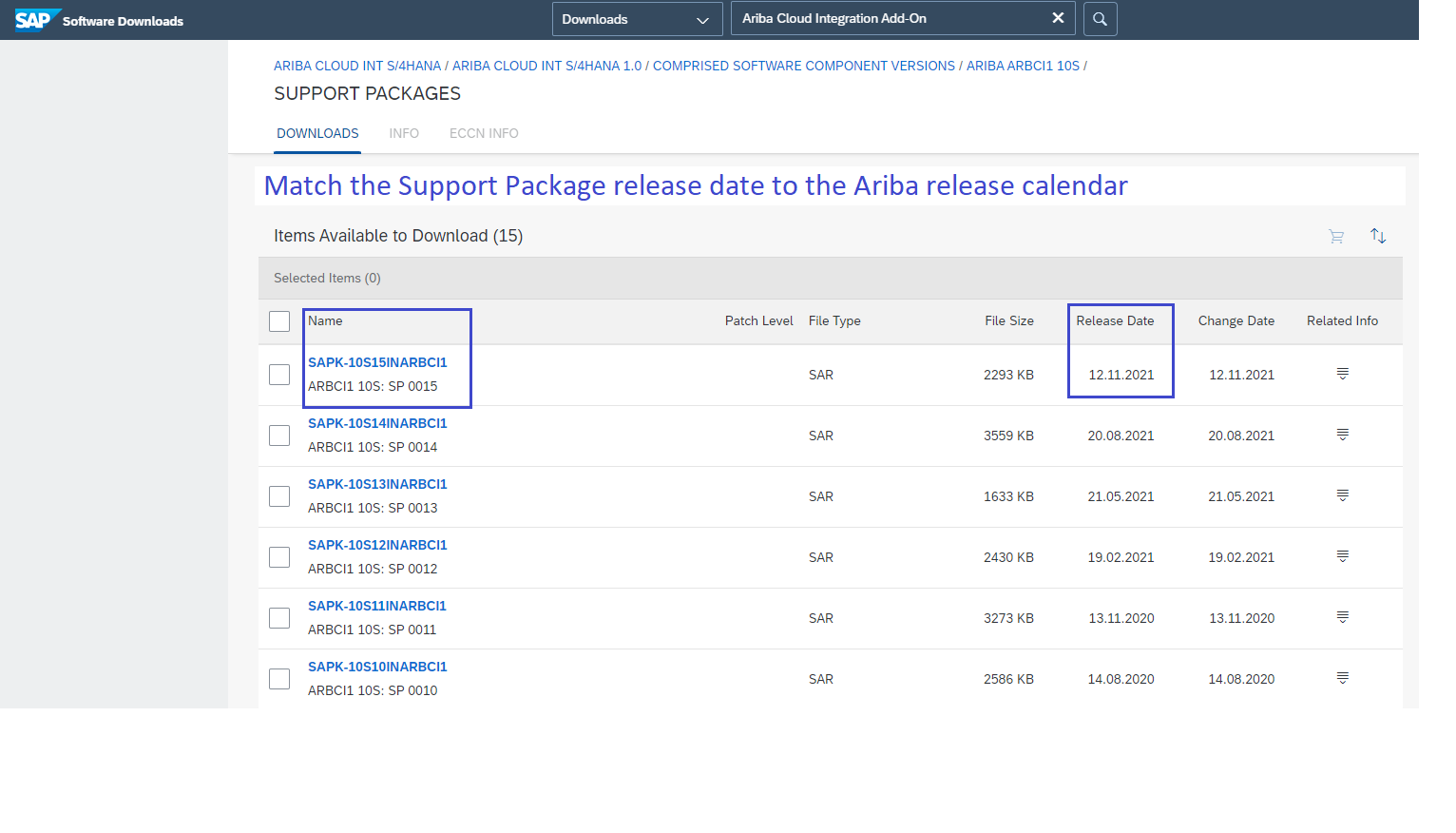 The SAP Ariba Connect release calendar below highlights quarterly release dates in orange. With this release information, it is easy to determine what has been released and to anticipate new releases. 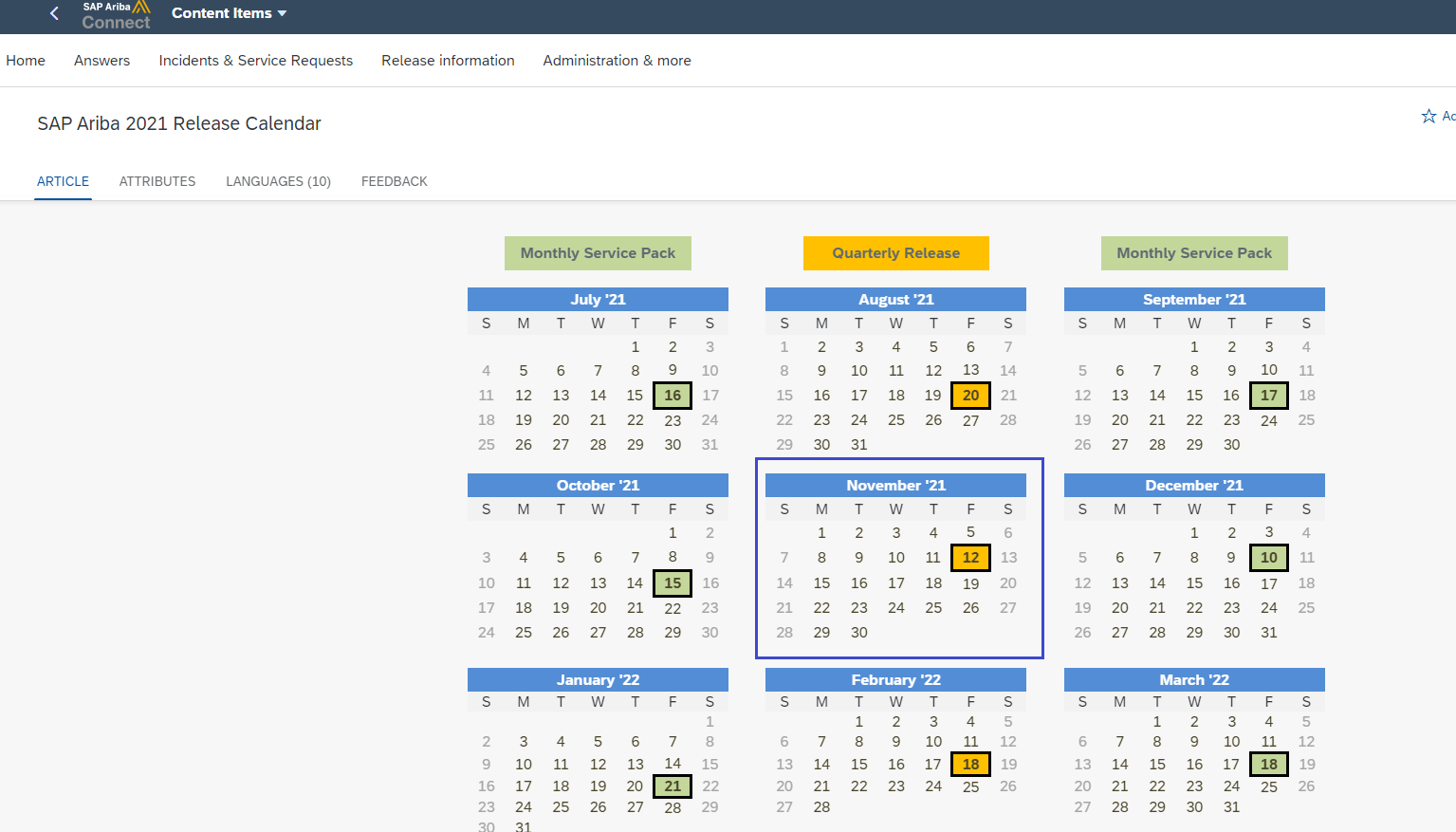 Now that the timing of releases is clear, let’s discuss how to identify what is in an Ariba release or CIG Add-On SP. Access the SAP Help Portal and use the Ariba release number, e.g. 2111, to review the CIG documentation. As is shown below, there is an Ariba What’s New guide as well as a CIG release guide for each release version. 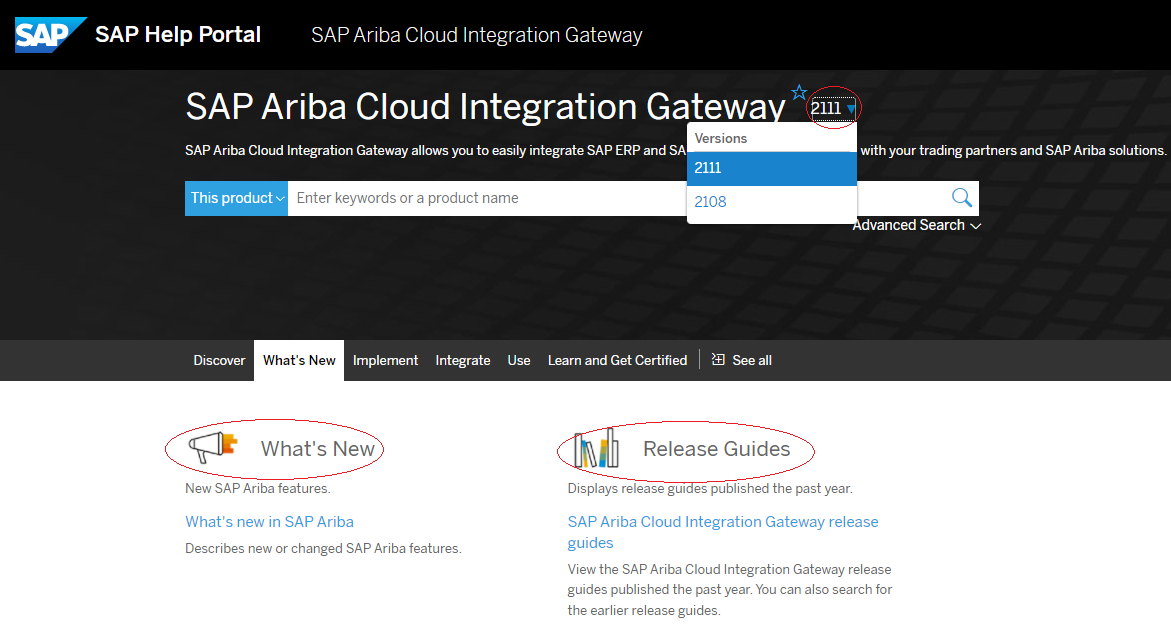 It is also important to review the documentation provided with each CIG Add-On SP. Access the SAP One Support Launchpad to download SPs and to view related information such as SAP Notes, Object list and Package conditions. To access each SP’s details, click the Content Info link in the Related Info column:

Once the content info page appears, click each tab as highlighted below to review the SAP Notes and other details provided. This documentation should clearly outline the changes associated with each SP.

This blog highlights some of the documentation that is available for Ariba releases and should help teams who are planning to apply CIG Add-On SPs. Prior to SP application, be sure to coordinate with internal IT and business resources because SPs cannot be uninstalled.