COP26: Hits, misses and key takeaways from the largest climate conference of the world

Hello, my fellow readers of the SAP Community! I bring forth another blog post on a recent event that took the headlines the past couple weeks – the COP26 Climate Conference held at Glasgow, Scotland from 31st October – 12th November this year. Having had the opportunity to attend it as a student in 2018 to following it closely every year for important and fruitful outcomes, the COP events hold significant importance for me, a sustainability enthusiast. Through this blog post, I shall walk you through the importance of the conference, why is it held, the outcomes and what can we expect in the forthcoming months and years in terms of climate reality and the measures taken to tackle climate change.

Brief History of the Conference of the Parties (COP)

The Conference of the Parties (COP) is the ultimate decision-making body of the United Nations Framework Convention on Climate Change (UNFCCC). The UNFCCC came into existence in 1994 with the sole purpose of preventing ‘dangerous’ human interference with the climate system (UNFCCC). The ‘Parties’ mentioned are the countries (197 in total) that have ratified the convention. Every year these Parties meet to discuss and review each countries’ communications and greenhouse gas emission reports submitted by the Parties. This helps the COP in evaluating the parties’ progress and efforts in tackling climate change and deciding on the ambition level of subsequent targets.

In the past decade, a particular COP has been significant and has set the benchmark for the future course in climate action – the COP21, held in 2015 in Paris. The COP21 gave us the ‘The Paris Agreement’ which was the first legally binding international treaty on climate change. It was adopted by 196 Parties with a goal to limit the global temperature rise to well below 2 degrees and preferably to 1.5 degrees Celsius, compared to pre-industrial levels. The Paris Agreement functions on a five-year cycle. Every 5 years, countries are expected to submit their nationally determined contributions or NDCs, which details their climate action plan to reduce emissions and increasingly ambitious measures to achieve the goal of the Paris Agreement. Today, 192 Parties (192 countries and the EU) have joined the agreement.

Why was COP26 important?

COP26 was the result year of the first five-year cycle of the Paris agreement or in a way, a test of the Paris Agreement. For the past five years, all the participating countries are expected to have been working on updating their NDCs with increasing ambitions and the 5-year deadline for the same was December 2020. However, because of the pandemic, the event was pushed to 2021. Therefore, the COP26 was important to assess the NDCs progress of each country and decide upon future actions. COP26 also presented a hopeful premise for countries to submit new NDCs for the upcoming cycle, the cumulative of which could possibly be adequate to limit global warming ‘well below’ 2 degrees and 1.5 in the best scenario.

The Intergovernmental Panel on Climate Change (IPCC), in the 6th Assessment report released in 2021, revealed that the global surface temperature shall continue to rise at least until the mid-century in all possible emission scenarios (Fig 1). The report also alerted that the exceeding of global warming of 1.5 and 2 degrees is unavoidable unless deep reductions in CO2 and other greenhouse gas emissions are done in the coming years. The finding of the report also added on to the sense of urgency of the climate issue onto COP26, making it paramount for all participating countries to decide and implement ambitious targets and policies.

The final day of the conference marked the end of the two-week negotiations with a new climate pact. This is the first ever deal which specifically focuses on reducing coal, the worst polluter amongst all fossil fuels. Around 200 nations agreed to adopt this pact. However, a last-minute requestfrom a participating country, to soften the language from “phase out” to “phase down” weakened the desired ambitious levels. This move was met with disappointment, but the nations went on with the changes and finalized the pact. The concerned country’s environment minister backing his decision said, “how developing countries could promise to phase out coal and fossil fuel subsidies when they have still to deal with their development agendas and poverty eradication?”. The pact also required participating nations to revisit and strengthen their emission reduction plans in their NDCs in 2022 to align with the Paris agreement goals.

Another critical progress was made through setting of rules on implementing Article 6 of the Paris Rule Book, after 6 years. Article 6 demonstrates the way emission reductions can happen through global emissions reduction trade. However, some loopholes in the form of double counting, still existed. Double counting happens when a country where emission reduction of, e.g., 1 ton of CO2 takes place and a country that buys the emission reduction certificate, both account for the CO2 avoided resulting in 2 tons of CO2. However only 1 ton of CO2 is avoided. With the new rule, the company generating the carbon credit must not include it in their accounting if the buying country accounts for it to achieve its NDCs.

The ambitious levels fall short of what is required. COP26 President Mr. Alok Sharma, keeping things hopeful in his closing statement, said “Today, we can say with credibility that we have kept 1.5 degrees within reach. But its pulse is weak. And it will only survive if we keep our promises. If we translate commitments into rapid action. If we deliver on the expectations set out in this Glasgow Climate Pact to increase ambition to 2030 and beyond. And if we close the vast gap that remains, as we must.”

The Hits of COP26 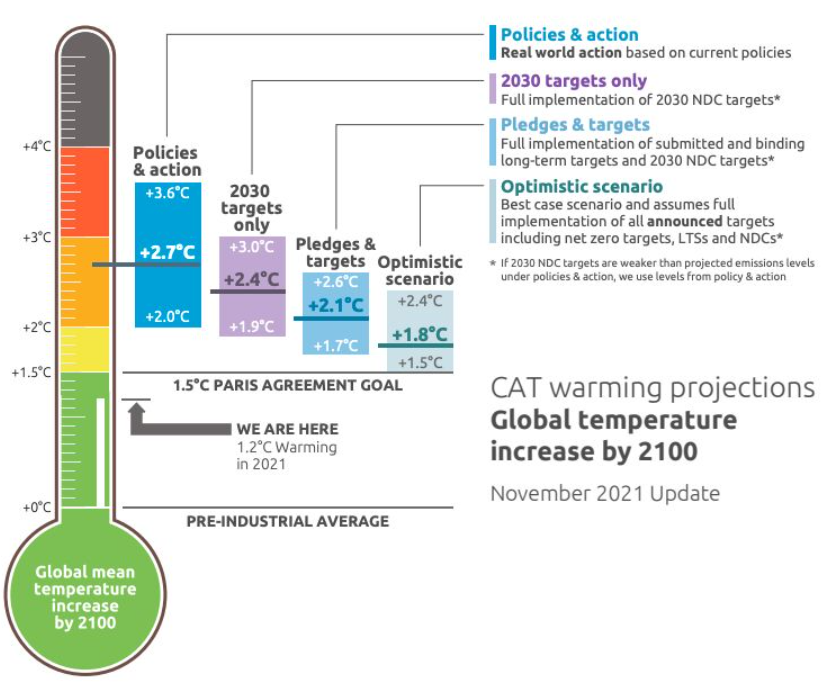 One central theme to this year’s COP were the commitments from countries, stakeholders, and companies to become net-zero. Therefore, it is no surprise that net-zero shall now be a critical underlying principle on which businesses function. In a globalized economy where one company’s scope 3 emissions are another company’s Scope 1 & 2, the onus lies with the business leaders in universal adoption of emission reduction methods, clearly defined short and long-term goals and concrete plans to achieve them.

This pandemic has presented an insight into uncertainties and risks those businesses can face. Taking a lesson from that and identifying the climate risks early on with setting plans to mitigate them, is critical for all supply chains. With new funds coming in from financial sector, transitioning to a net-zero is possible for developing economies. However, quick, and adequate finance mobilization is the real test.

Business leaders must demonstrate courage and assist companies in this transformation. The physical impacts of climate hazards (temperature rise, drought, resource scarcity, floods and many more) affect human resource. Therefore, responsibility also lies with businesses to protect their people, cut down their emission activities and build strategies for sustainable sustenance.

Moments of impact from COP26 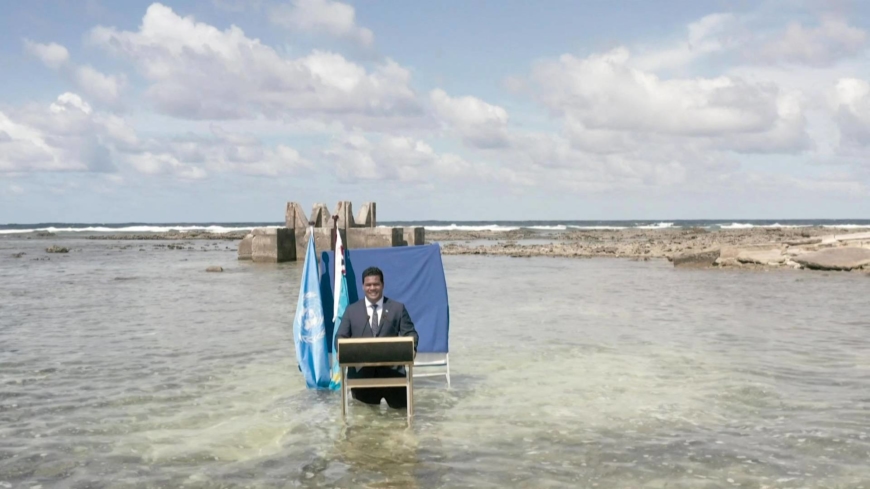 To conclude, COP26 did achieve some success with the Glasgow Climate Pact and has set a precedent for the upcoming five-year cycle. However, the ambitious levels certainly could have been higher from several countries through their NDCs. COP27 will be a testament of the seriousness of climate action through the evaluation of the updated NDCs. The mobilizing of new funds to developing nations is going to help in resilience building, but how far is the climate-finance gap bridged, remains to be seen. Having read through the proceedings and the panel discussions, one thing is certain. There is no place for a business-as-usual scenario. The sense of urgency increases with each unit rise in temperature. Honoring the Paris Agreement in its entirety needs to be the sole aim of each NDC in principle and in practice. Businesses must honor their commitments to net-zero and lead the path for other companies to join in. Sustainability innovation is one key area that could transform the way things run and therefore, must be a priority for industries to encourage and develop novel and sustainable technologies. The voice and participation of youth is inspiring, and yet they remain to be a part of the discussion. Responsibility and accountability are no longer optional because the planet we live on now, is the planet we have borrowed from our future generations.