I can see ABAP Moon Rising – Part Three of Eight

NARRATOR: There were two horrible crime’s committed on the 23rd of November2021. One was murder most foul, the other the release of a new ABAP related book and associated musical. It is difficult to say which is worse but this series of blogs will help you decide whilst singing and dancing and solving a crime and thus winning prizes. 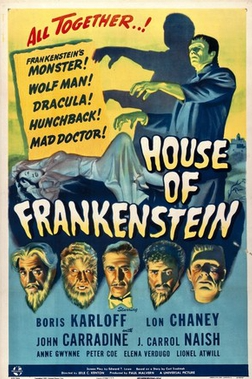 The House of Frankenstien

Previously on this channel:-

NARRATOR: When we left the story last time the very basics of book writing and the associated downloadable code had been explained. Meanwhile a mad scientist and his hunchbacked assistant had escaped from a prison on an asteroid in the year 2156 and travelled back in time to Gatecrash the SAP Press Gala Party which is being held in Castle Frankenstein in 1792. One of those things is more interesting than the other, but anyway, let us get on with the SAP side of the coin…

PDH: In these sections I talk about the general process of writing a book for SAP Press. That might not be everyones cup of tea. In the Stephen King novel „Misery“ whenever the author tried to explain the mechanics of novel writing to the evil woman who was holding him captive she lost the plot and cut a bit of him off with an axe. Nonetheless I am going to take that risk.

As I mentioned I kept a spresdheet listing every ABAP related change I read about on the internet that related to the topics covered in the book. I had the final versions of all the chapters in the last edition in word format and made any minor changes right there and then. That meant that at the end of two years when the time came to start on the new edition there were already a bunch of updates that had been made.

Most chapters have at least one code listing, sometimes they have dozens. The next step is to do the good old SCI / SLIN check on all the listings. Since some of the code is intended as a „bad example“ errors or warnings those are fine as-is but otherwise I use a code inspector variant that is a lot more stringent than the one I use for my day to day code in my job.

Also since the last edition the „Clean Code“ code inspector checks have become available and since I agree with the bulk of them I ran those checks over the code as well. And then comes the most stringent test of all….

Maybe I am stark raving bonkers but I like to think the mark of a good programmer is that you look at code you wrote in the past and are horrified. You think „My God! What was I thinking? Was I drunk when i wrote that?“. Leaving aside the possibility that might have actually been the case hopefully you are constantly improving every day and always finding new and better ways to code the solutions to assorted tasks. So I tend to fiddle with pretty much every single code listing each time, to a greater or lesser extent.

As well as code listings the chapters are full of screen shots. As I mentioned earlier I had installed the latest version of the SAP GUI 7.70 and set the theme to „Quartz“ as that is what SAP recommended. One minute after the book was finalized a new theme called „Horizon“ came out, but that is only to be expected.

Anyway that meant that pretty much every single screenshot had to be re-done to show the new „improved“ theme, even if the contents of the screen had not changed at all.

That leaves the major changes in each chapter which is when there is something totally new like a new ABAP keyword or test framework or a new SQL option or whatever. In every chapter something like that occurred and two chapters – the business logic part of the RAP and the UI5 chapter – had to be 100% re-written. When deciding what order to re-write the chapters I arrange them from the least amount of changes to the most – so each one is more difficult to do than the last. Maybe a sane person would do it the other way around so life got easier each week rather than worse.

Next week we shall start looking at the nature of each chapter and how much it got changed.

At the end of the last blog the Baron’s business process had been defined and turned into „user stories“ and a list of applications needed to fulfill those stories had been created. Up until that point everything had been abstract i.e. there had been no mention of what technology was going to be used.

Well it is not going to come as a huge shock that the technology we will be using is ABAP. In real life it is quite possible that one or two of the user stories just cannot possibly be satisfied by anything SAP provides (I know that is a horrifying concept) so you would have to use something else and then interface it to SAP. In actual fact that is the case for about 99.99% of organisations.

Since a business object is based upon a real world object (like a Monster) the different types of business objects can have relationships to each other which can be displayed in a diagram.

At this stage we are finished with the planning stage and can start creating things within the SAP system.

NARRATOR:  All well and good. The mechanics of writing an SAP Press ABAP book are being explained slowly but surely. Meanwhile something far more important was happening. The SAP Gala Party was slated for 23/11/1792 with the guests travelling backwards in time from 2021 but  on that – fateful – night some strange gatecrashers were on their way…..

NARRATOR:  Evil Criminal Mastermind Frank BOPF and his hunchbacked assistant Slin Shady have escaped from prison in the year 2156 and fled back in time across the BW bridge to the year 1792. After reviving Count Dracula only to have him brutally murdered by an unknown party, BOPF and SLIN decide to move on to Castle Frankenstein because they hear it is really cool and is about to have an SAP Press Gala Party.

BOPF: OK Slin, here we are outside Castle Frankenstein. It has a a reputation as the „go-to“ place to be for groovy parties.

SLIN: How can we be sure this is in fact the case?

BOPF: That is easy – let us look through the round window over there and take a peek inside to see what is going on in the main hall. (They do just that).

SLIN: That guy in the fishnet stockings – that must be Baron Frankenstein – it looks like he is gearing up to sing and dance!

Its‘ easier then getting a masters degree (just)

So come on, come on, do the Low Code Notion with me
You gotta navigate through 20 screens of a wizard, now
Come on, baby
Code this
Code that
Well, I think you’ve got the knack, wow, wow
Now that you can do it, let’s make ON CHAIN REQUEST, now

Why charge dev licenses to one or two,

So Come on, come on
Do the Low Code Notion with me

(A Monster rises into the air, to play the saxophone)
Code this! (Monsters: come on)
Code that! (Monsters: do the Low Code Notion)

And then in the end give it to a real developer to do it properly!
(Monsters: Come on, do the Low Code Notion, baby)

LARRY: No, no, don‘t go! I desperately need your help!

LARRY: The horrible truth is – I am a werewolf! Every full moon, or sometimes just at random, I turn into a horrible half man / half wolf / half monster type thing!

SLIN: That is three halves.

BOPF: Leaving that aside, hasn’t Baron Frankenstein been able to help?

LARRY: No, he thinks it is funny! That is why I cannot leave his castle. The monsters are in no danger from me, because they taste foul, as does the Baron, but if I were to start living in the nearby village or anywhere else, eventually i would eat all the inhabitants!

BOPF: This is not a problem. I am a Mad Scientist myself. I will find a solution and cure you of your curse – with not one line of code! My solution to your problem will be so good it will be a PARADIGM SHIFT!

SLIN: Does that mean we have to go into Castle Frankenstein then?

BOPF: Sadly yes, no matter how silly it is. To enact the cure I need a fluid link, which is full of mercury by the way, and the castle is the only place to get such a thing. 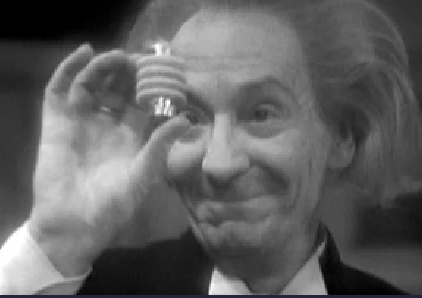 LARRY: OK, I will introduce you guys to the Baron (EXEUNT)

AMG: So we have a murder victim – namely Count Dracula. I think it is fairly clear he was killed by a Monster – but which one – and where? If you want to win a mystery prize you need to answer that – and more – and supply your reasoning.

With each blog at this point I will be giving you more clues and as the blogs go by the clues will become more useful. By the way at this point there is a bucket of mystery prizes already made. Some are boring things related to SAP but most are far more interesting.

Therefore if the Purple Monster is in Castle 1 (left most castle) then no other castles can have a purple monster within them. Likewise castle 1 cannot have any monsters which are not coloured purple.So I tend the colour the cell I know to be correct green and everything above/below it and right/left of it red. As follows

This is known as a “logical inference”. Moreover once you know this if you get a clue which says the purple monster is eight foot tall then you will know that no monsters who are NOT eight foot tall will be in castle one.

NARRATOR: As we leave this weeks episode, the preparatory work has been done for writing the book, and evil villain Frank BOPF has arrived at Castle Frankenstein and met a werewolf! More importantly the mystery of Count Dracula’s murder is still unsolved! Can you solve the crime and be one of the lucky first few to win prizes? Stay tuned for next weeks exciting episode of „I can see ABAP Moon Rising“

As a special bonus here is a lovely video of the incredibly handsome author talking about the book whilst wearing a „Monsters“ shirt: