about Chinese characters when generate file and download from AL11

It’s not convenient to use files generated at the server side then let the user download file from AL11 compared with generating files at local or get files as attachments from email. But sometimes has to use this method as email attachments could exceed the Maximum attachment size limit or time out issue when running front-end. 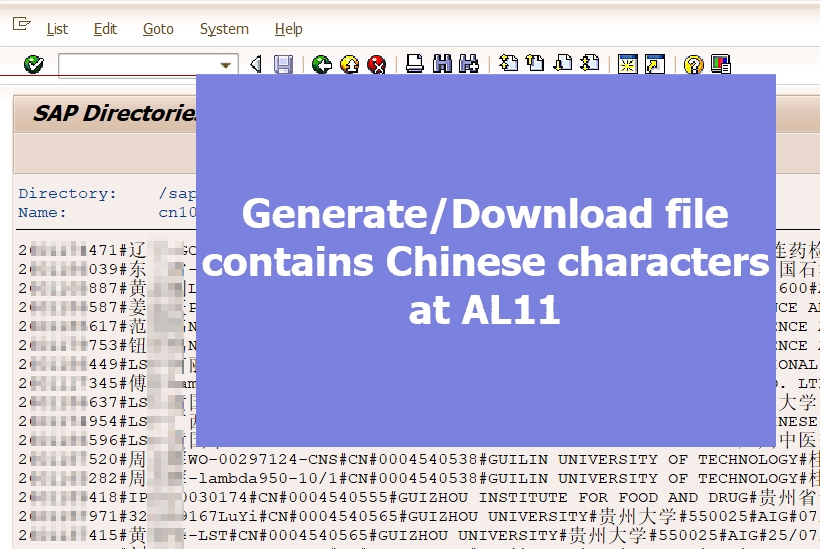 The below code has no code page specified, so it’s not specific to Chinese characters and could support all other characters as well. (Please check this and this for more details about AL11). 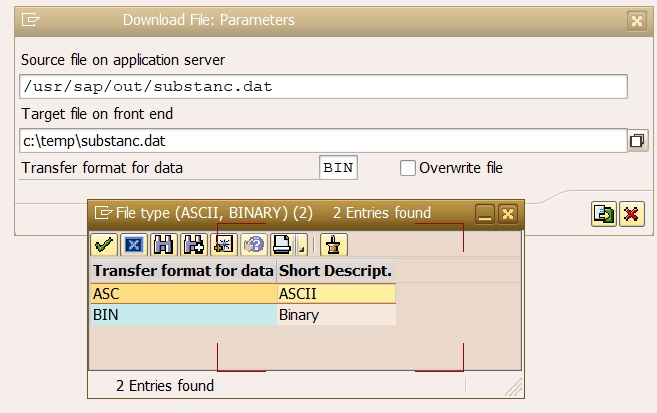 We have two options here which are ASCII format and Binary format. There’re many articles that tell the difference between Binary and ASCII like this and this one. Here just list few points from my own perspective: 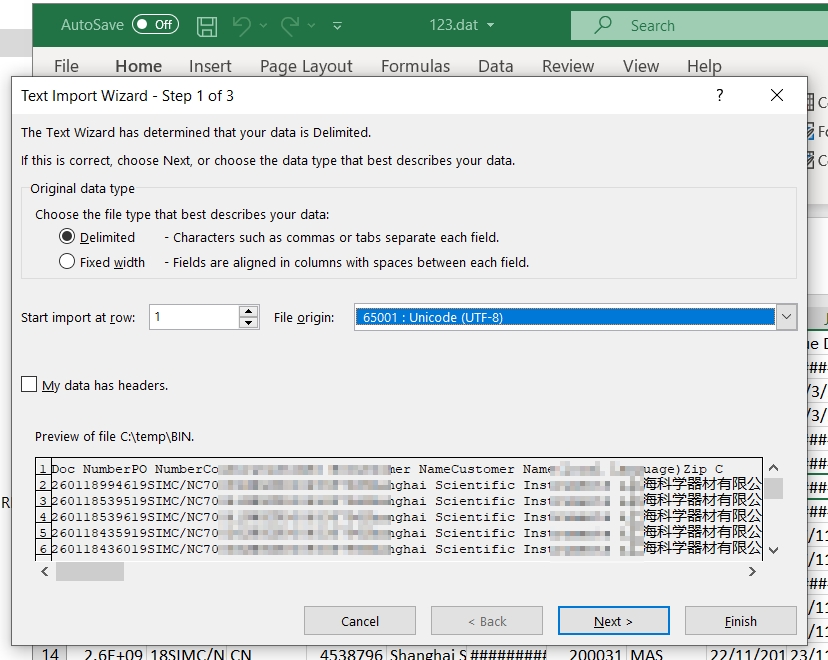 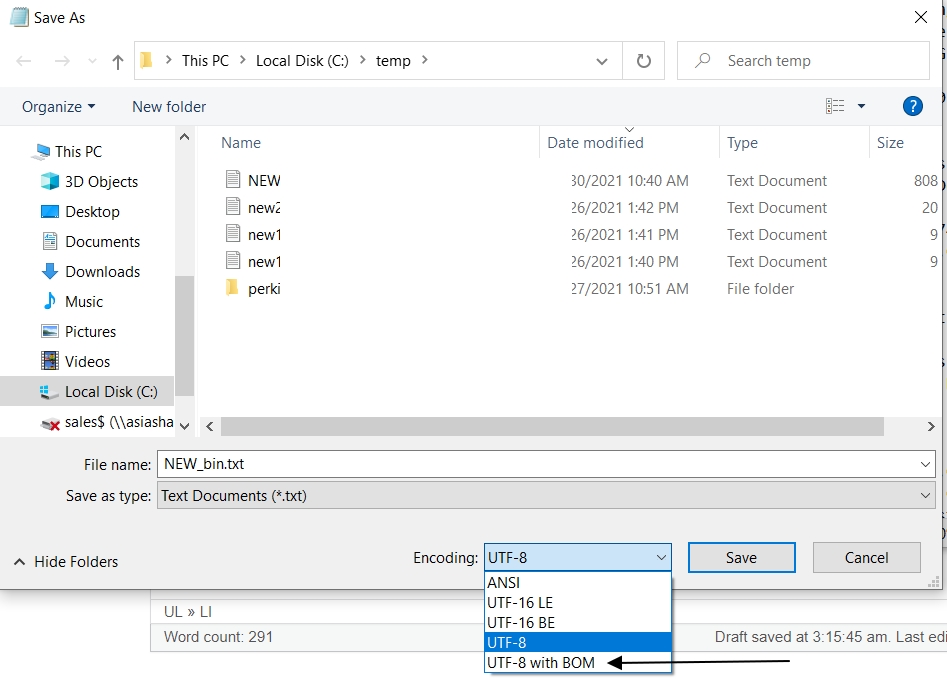 In Wikipedia, they call it "mojibake".

Your link doesn't work at "Please check this for more details about AL11".

The below code works only if the characters are encoded using UTF-8 (provided that you have Unicode SAP system/systems 7.50 or later) - see ABAP doc for more information about default meaning:

I didn't get your point about "BIN file is much larger than the ASCII file." BIN means the file is downloaded without conversion, the size on your laptop is not different from original. With ASC, all depends on the code page on your laptop (may depend on a setting on SAP GUI and also on Windows). If you have a text file with occidental characters and go from UTF-8 in SAP to old Occidental format on your laptop, the size may be almost identical on your laptop. If you have a file with Chinese characters and your laptop has a Chinese code page, it may go down to 2 bytes per character. To go from 800KB to 280KB, I'm not sure what your exact situation can be.

Good day and thanks for the comments.

3 and 4. Yes it's a "bug" in both CG3Y and CG3Z, in ASC mode, they truncate lines at 256 characters, so it's very "dangerous" to use them, and it explains what you experienced. So I understand the meaning of "BIN file is much larger than ASC file" but that misleads people if you don't say it's a bug, and they should only use BIN. Note that CG3Y and CG3Z are for specific usage, they are not intended for general usage.

Thanks for letting me know 🙂