Applications are built to be used by people. By empowering business users to provide feedback on the design and development of apps, they can feel a sense of ownership which helps achieve goals and missions.

stakeholders is often an essential approach.

When IT and business users work together directly and/or in a self-service model, it helps enable the best results.

For Robin van het Hof, SAP Experience magician, proprietor at Qualiture, and SAP Mentor, encouraging co-efforts has been an essential part of his success journey. When we reached out to Robin, he shared insights on his early career and what helped him become a become an expert in achieving high quality designs and development in complex business environments.

Allie Trzaska (AT): From your time at HU University of Applied Sciences Utrecht (Hogeschool Utrecht) in Industrial Automation, to today as an SAP User Experience magician, what inspired you to take your expertise to the next level and start your own company: Qualiture?

Robin van het Hof (RH): Thinking back to it, I considered freelancing multiple times during my career. I remember the first time when I was working as a web designer from 1999 until the internet bubble burst in 2002, and I was considering my options. However, I got hired by a small company in Rotterdam, Topforce B.V., who was among the first in western Europe to see the value of SAP’s Enterprise Portal; they scored a huge implementation contract with Shell.

I started there as employee number four or five, but they were rapidly expanding. By 2007, the company had grown to almost 70 people and I felt my career was stalling. Some co-workers from projects that I worked on were freelancers and I was seriously considering an independent career as well.

In the end, I moved to a startup company led by one of Topforce’s co-founders and stayed there until it went bankrupt in 2009. At that time, I was encouraged by my wife who said that “if there was ever a time to try and start going independent, it would be now.”

As a result, I had to figure out how to sell myself, do my own marketing, and get noticed by prospective clients, but I liked the journey I embarked on and I am so glad I pulled the trigger on being independent.

AT: Your programming creativity began at an early age on the famous Commodore 64 including the “addictive down-hill-racing-snake-game” and a variety of BASIC commands. How did this early experience lead you towards your expertise in a range of technologies (e.g., SAP Business Technology Platform, UI5, Mobile Services, and many programming languages?)

RH: Ah yeah, the Commodore 64…I remember our local library had one where they allowed you to work on it for 30 minutes. I would go there every day after school to try and learn BASIC. When there was an empty timeslot after me, I’d get to spend another 30 minutes, and then another, and so on…oftentimes until the library closed in the evening. Since I was hardly at home anymore, my parents gave me a Commodore 64 when I went to High School. I did my homework as quickly as possible so that I could spend time programming on the C=64.

I remember the downhill snake game where the snake was a string of @-characters running down and you had to avoid *-characters randomly plotted on the screen. In essence, it was only 4 lines of BASIC, but I added more and more functionality. High scores, printing a top scorer’s certificate, multiple levels, bigger obstacles, etc. I had no clue about programming patterns, and it was merely trial and error coding, but I learned a lot from it, nevertheless.

I believe that it wasn’t until my university years that I learned about coding design patterns to make it easier to read code. And it wasn’t until I started working as an SAP Enterprise Portal developer on this newfangled thing called “SAP NetWeaver,” when I really learned about the benefits of separation and reusability of code, microservices, single-responsibility of classes, etc.

And now, years later, experiencing the transition from on-premise SAP NetWeaver to the cloud’s SAP BTP and everything in between, it is so much more fun being a developer to create apps. With SAPUI5 you can quickly create enterprise-grade apps, and with some CSS-magic, you can make it look consumer-grade too. SAP BTP has all the tools and services you need to create any functionality you can think of.

For SAP developers, I think we are really in the golden era right now.

AT: What made you want to become an SAP mentor? How has the experience been for you so far?

RH: When I first heard of SAP Mentors, I thought they were the pinnacle of SAP knowledge. I have learned so much from some of them during my career! People like Thorsten Franz, Matthias Steiner, DJ Adams, among others, not only taught me a lot about SAP products and coding, but also about sharing knowledge in many ways like how to present, how to convey a message, about soft-skills, etc.

To me, these people were operating on a level I thought would never ever reach. So, I was literally gasping for air when I received the email that I was selected to be an SAP Mentor. It turned out my contributions on SDN (SAP Developer Network), mainly in the SAPUI5 and SAP NetWeaver spaces, were what had drawn the attention.

But to me, I felt I simply wasn’t worth it. However, being a Mentor now, I also realized all of us were simply doing what we are good at. In my case, it was answering questions on SDN and finding solutions to people’s issues there. Over the years, the SAP Mentor program has changed quite a few times, with some ups and downs, but for me, the overall experience has been nothing but great. I believe that we as Mentors can really make a difference in regard to SAP’s direction to the future.

AT: You recently explored Low/No-Code approaches to building an application in your blog “The Dress Code is Low Code.” Are you seeing a trend of business user empowerment to rapidly build their own apps to scale versus relying on IT? At the same time, do you see a need for a level of process controls and policy guidelines to help avoid chaos, and/or ineffective rollouts?

RH: Yes, I absolutely believe this is the way forward! Traditionally, and especially with 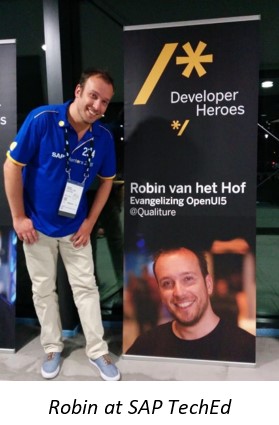 SAP, applications are developed inside-out. First the database layer and business processes are designed, then the middleware layer, and finally the user interface. But that is intrinsically wrong…

Applications are built to be used by people, and those people don’t care about the database design or business processes it should follow. They simply want an app that gets their job done. By empowering business users to actively be a part of the design and development of the app they are going to use, you not only get the best feedback in the earliest stages of development, but they will also get a sense of ownership for the app.

They are co-responsible for how the app works, behaves, and feels. I say co-responsibility because they still need IT to not only work out the more difficult requirements a business user can’t achieve on their own, but also to help and train them to maintain a certain level of control, implementation, and rollout. So, I am absolutely convinced it should be a co-effort in order to achieve the best results.

AT: In your blog entitled “Better Designs with SAP Fiori Mentor App,” you addressed opportunities when UI designers and business analysts come up with a user interface for a mobile app running on an iOS device. What are some of the techniques used to balance the desires of the users, designers, and developers with the technical capabilities (e.g., SAP BTP)?

RH: I think one of the great strengths of the SAP Fiori Mentor app is the concept of “what you see is what you get.” Since it is an iOS iPad app, the controls behave and respond *exactly* as they would in the final iOS app.

So, having a good idea of the control’s capabilities and final look and feel of controls already in the design phase will absolutely speed up the development process. You immediately know what is possible, what’s not, and how the control will look so users as well as designers are less likely to come back after a month and say, “naah, I’d rather have a different control for that area.”

The beauty of the SAP Fiori Mentor app is that it is so hands-on. A developer, designer and business user can sit together, browse through the available controls of the SAP BTP SDK for iOS, and cherry-pick which ones to use. The designer can create simple mock-ups with these, and the developer then uses the Universal Clipboard feature to transfer the control’s code over to Xcode to implement. Because you can instantly change the available parameters (and thus the look and feel) for the controls, it truly is a quick way of designing and developing mobile iOS apps.

AT: In your career, you have reached magical heights in creating excellent user experiences. What suggestions do you have for students and recent graduates who want to be amongst the best in their field? How can they apply the pursuit of excellence in getting a quality job and navigating their careers? 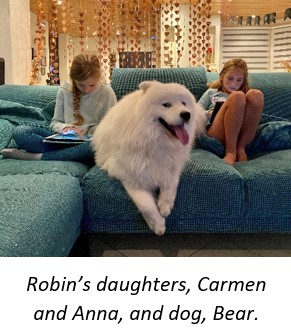 RH: As a developer, I think it really helps if you try out stuff that’s outside your comfort zone. For example, get a cheap Raspberry PI or some sensor and see what possibilities IoT can offer. Or if you have no iOS development skills, try out the SAP BTP SDK for iOS, because Swift is such an elegant language and Apple exposes so many services and sensors.

Also, don’t be afraid to fail. By failing early and failing often, you will gain some of the best experiences.

I constantly tell my kids that it’s perfectly fine to fail, as long as they learn from their mistakes and keep trying. 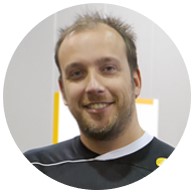 Good to see Robin getting recognized.

I like the idea of being fine to fail, as long as we recognize the "opportunities for improvement"

And wow, Bear the dog...great pictures!

exxxxtra credit for the Magnum PI look on the family pic!!! 🌺🤙