The purpose of a Limbic Opening

Where is the connection between business presentations and our brain regions?
In the following, I will shed light on our emotions and the limbic system and how they influence our purchasing decisions.

Limbic Opener isn’t that just for customer presentations? Yes, of course it is a big part of it. But also for developers and programmers this blog can be very helpful. There are always situations where we have to “sell” ideas. In the team or with other colleagues. Here it is wonderful to start with a Limbic Opener, to illuminate the emotions and the relevance of the topic holistically. 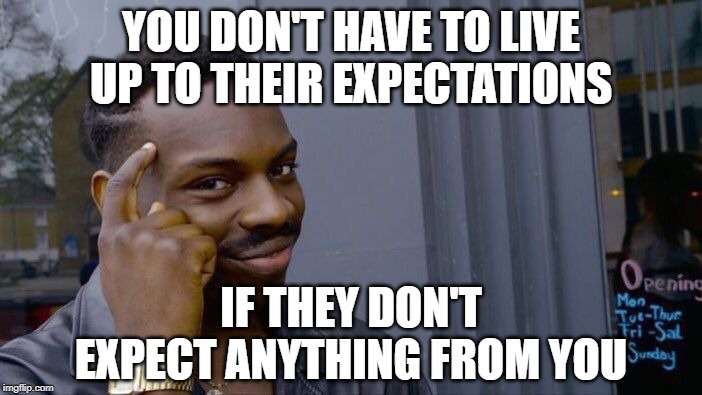 (Hedge, S. (2020): Why do intelligent people constantly doubt themselves?)

I’m sure it’s familiar to some to begin one’s presentation, whether to a client or colleague, with a Limbic Opener. “Do something unexpected,” “Point out a gap in knowledge,” “Get the audience’s attention,” and so on. A Limbic Opening is based on an approach that combines the latest findings from brain research, psychology and evolutionary biology with empirical consumer research. The basic idea is that unconscious motives and emotions influence human actions to a large extent. This also applies to purchasing decisions and consumer behavior. But why exactly is this so important? (Weller, R. (2019): Neuromarketing in der Praxis)

How do purchase and brand decisions actually occur in the mind? Obviously not in the way we and the customer experience the decision-making process in our heads. Over 70 to 80% of decisions are made unconsciously. True, when we make a purchase decision, we have the experience of consciously deciding for ourselves. But this experience is, as brain research says, a “user illusion”. The American philosopher Dan Dennett has described this self-deception as follows: “Man’s consciousness is like a government spokesman who has to announce decisions that he was not present when they were made, nor does he know the true reasons for them”. Now, there are differing statements in both professional and popular literature about the unconscious mind’s part in decision-making. The American marketing sociologist Gerald Zaltman speaks of 95 % (Zaltman, G. (2003): How Customers ink. McGraw- Hill). I myself assume 70 to 80 %. Who is right now? This question cannot be solved. There is still no definition and no explanation of what consciousness is.
But one can describe the functions which the consciousness has, namely among other things (Dahaene, S. (2002) & Metzinger, T. (2009)):- to provide information for a longer time and to link it (self-reinforcing circles)
– to perform new combinations of operations/ trial actions
– Theory of Mind: to recognize the desires, intentions and thoughts of others
– Identity preservation in the time progression etc.

Furthermore, it should be explained why the Limbic Opener is called Limbic Opener. Now starts the excursion into psychology and our brain:
The Limbic System is located between the diencephalon and the two cerebral hemispheres. It consists of the thalamus, amygdala, hippocampus and hypothalamus (see figure). 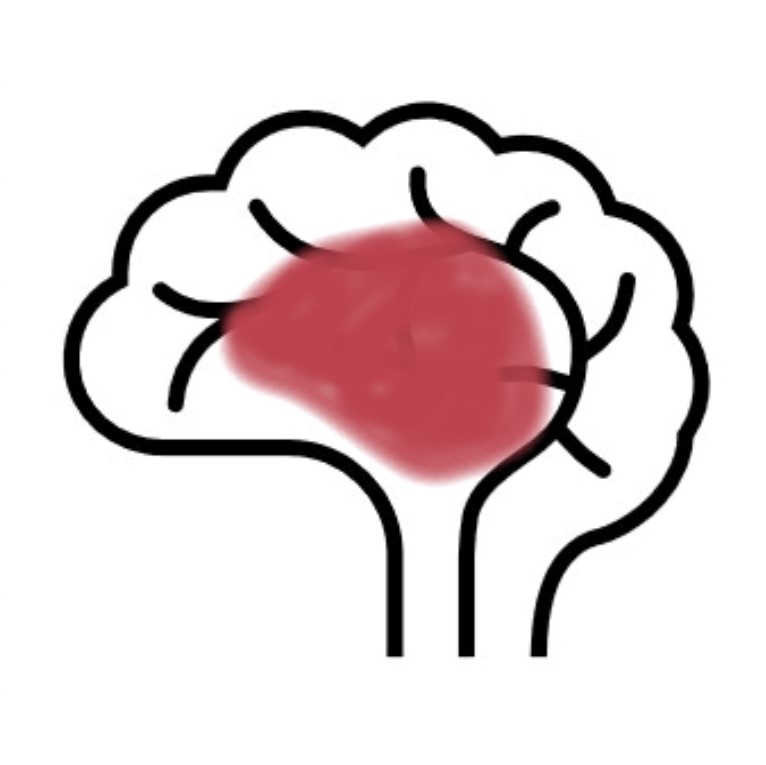 The thalamus acts as a sensory relay centre – it collects sensory inputs (visual, auditory and somatosensory) and has neurons which project impulses to relay these inputs to the amygdala and higher cortical regions for processing.

The amygdala is one of the most complex and important structures in the limbic system. It consists of many nuclei, some with highly diverse functions (Khoo, A.(2020)). Previous research has shown, that the amygdala was “responsible” for fear and anxiety appraisal but is now being revised. Today it is proven, that the amydgala is involved in all emotions and a central emotional object appraisal center in the brain. In particular, the amygdala is responsible for giving objects their emotional value.  Between the amygdala and the hippocampus exists a close connection. Which represents the emotional learning center in the brain. It connects emotional reward and punishment stimuli with situations (the amygdala rather with objects).

Although small (taking up less than 1% of brain volume), the hypothalamus plays an important role in regulating various functions in the body. In terms of emotions, it regulates the autonomic nervous system (ANS) by regulating the endocrine system which is involved in the release of different hormones into the bloodstream. Generally, it could be said that the hypothalamus is involved in the expression of emotions rather than their generation. The lateral parts of the hypothalamus is associated with feelings of pleasure whilst the median part is associated with more negative emotions (Khoo, A. (2020)).

It is the functioning of the brain, as already highlighted, that serves to process emotions.

What exactly are emotions?

Emotion is a state that is related to stimuli. As an example, we can mention the enjoyment of chocolate. These stimuli (chocolate) are then rewarding or punishing (in the example “enjoying” rewarding) and often have an inherent value for survival (chocolate won’t kill me).

Emotions, at their core, consist of four components. They are:

Subjective: emotions have hedonic value. That is, they are subjectively liked or disliked.
Cognitive: It triggers action responses (e.g., fight-or-flight) and cognitive responses (e.g., increased attention).
Physiological: Emotion has a specific “feeling state” in the sense of an internal physical response, e.g., sweating, pulse or hormone release, etc.
Expressive: It triggers certain external motor responses (expressions) in the face and body. These can be used to infer other people’s feelings.
(Dr. Prof. Meyer, P. (2018))

During a presentation, it is desirable to trigger the emotion of joy or surprise. The experience should be positively linked, because emotions are used for action and decision-making.
In the prefrontal cortex, the somatic marker (which broken down is our “gut feeling”) is evaluated and initiates appropriate behavior, which brings a decision. The assumption is that humans internalize emotional experiences in the body and these later influence our decisions. This subconscious experiential knowledge shows itself through physical sensations, the somatic markers (“soma” comes from the Greek and means “body”) (Mauritz, S.(2020). 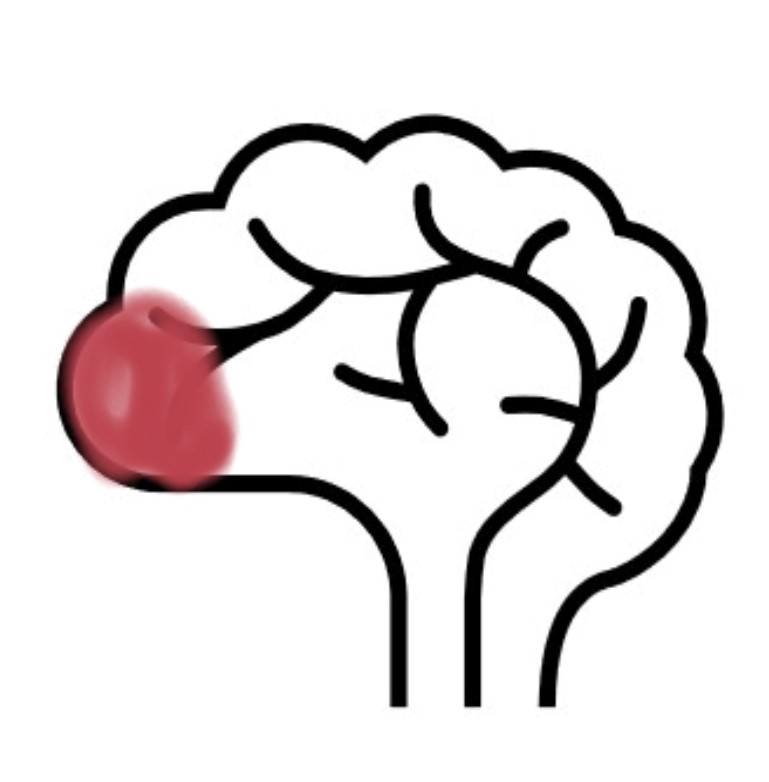 At the beginning I mentioned conscious/ unconscious purchase decisions, which are carried along e.g. by the somatic marker. But how exactly can conscious and unconscious processes be described? There are countless theories. At this point I would like to shed light on the “dual processing” theory.

The current state of the debate is described by Evans and Frankish (Evans & Frankish, 2009). There is a conscious (explicit) and reflective decision-making process and an unconscious (implicit) reflexive, or highly automated, process in the brain.

The implicit processes:
These processes operate highly efficiently and largely unconsciously. It is important to realize that we take in about 11 million bits per second through our perceptual channels, but only process between 20 and 40 bits in our conscious mind. The information that does not enter our consciousness is nevertheless processed.
Our organism has to permanently fulfill many tasks at the same time. It has to check the environmental signals for their relevance, it has to relate readiness and position of the body, it has to recall the experiences of past events and initiate actions. All these highly complex processes overwhelm the consciousness by far. Moreover, consciousness is an energetically extremely expensive process – our brain has only 2% of the body weight – but it consumes 20% of the total body energy when it thinks consciously and strongly. Since energetic economy is a central, evolutionary-biological imperative, this means for our brain: Think only when it is absolutely necessary and rather switch to more energy-saving, unconscious and automated processes (Instincts). (Häusel, H.-G. (2011))

What does this mean for our own presentation and the uniqueness of a Limbic Opener?
Limbic Openers give pleasure (emotion). Both to the one who presents it and to the audience. It is important to keep the attention and tension high, so that all the content to be conveyed is also received and taken along (conscious). Emotions help us to remember and link situations (unconscious).

Creativity is required in all cases, but once the initial idea is formed, the rest of the story to the Limbic Opener usually comes alone.

Thank you very much for reading. Have you ever worked with a Limbic opener? How was the feedback? What was your experience? Feel free to share them in the comments. I’m looking forward to an interactive exchange in this community.

If there are questions or feedback, feel free to contact me anytime.

Ps.: If you are interested in the explanation of implicit and explicit processes in the brain, you should read the book “Thinking fast and slow” by Daniel Kahneman. Kahneman dealt with how we make decisions, why procrastination is a vital reflex and what happens in our brain when we judge other people and things.

Hedge, S. (2020): Why do intelligent people constantly doubt themselves? Accessed on 22. Sep.2021. Available at https://www.scienceabc.com/social-science/what-is-impostor-syndrome-definition-examples.html

Your list of emotions reminded of the 5 emotions in the movie Inside Out -- the movie had exactly the same list except no "Surprise".

Thanks for the blog. In any presentation, sale, come-on, social media post or whatever, you have to first catch the attention of the person in some very emotional way.

thank you very much for your feedback and that you like the blog!
Funnily enough, I've been thinking about this film as well. When I studied business psychology at university until 2019, we also discussed this movie intensively.

There are many theories about what the basic emotions are. The theory I discuss here in the blog is also discussed a lot. Exciting!