This blog post will help you to understand the new business object “Feature” in SAP Cloud ALM in order to deploy changes.

What is a Feature?

A Feature is a vehicle to deploy your changes throughout your system landscape. A Feature holds the landscape information, the container for the transportable objects and your technical change documentation.

Which SAP solutions are covered by Features?

SAP Cloud ALM can be connected to:

Further information about enabling transport management can be found here and in these blog posts: 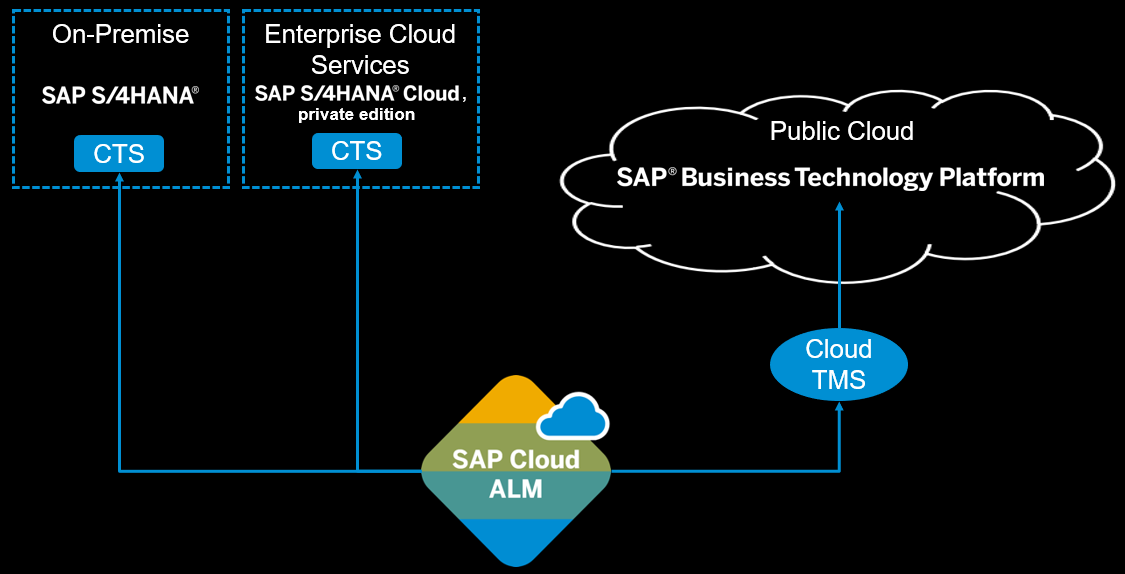 Please note that your managed systems for the CTS integration need to fulfill the following prerequisites:

Note: Please make sure that your TMS is configured properly.

How to handle Features?

For properly specified Features you can start the implementation to change software or configurations in the development environment. In order to provide the changes in the test environment for proper testing (test integration for Features not yet available) the changes can be deployed via the Features to the quality assurance system. Afterwards Features can be approved for deployment to the production system. By deploying the Features to the production system you are completing the implementation of your changes. 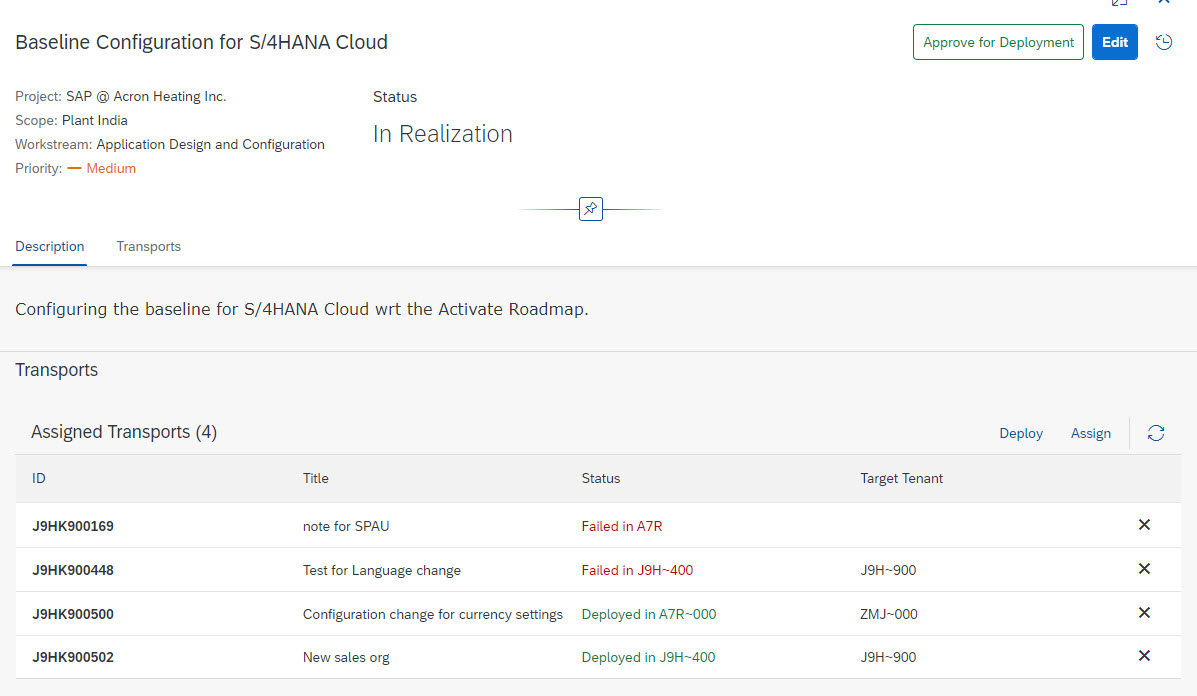 All changes to a Feature are captured in the history in order to provide transparency and preserve traceability. 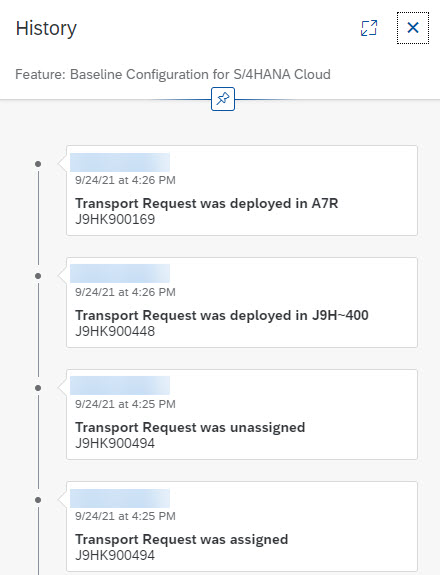 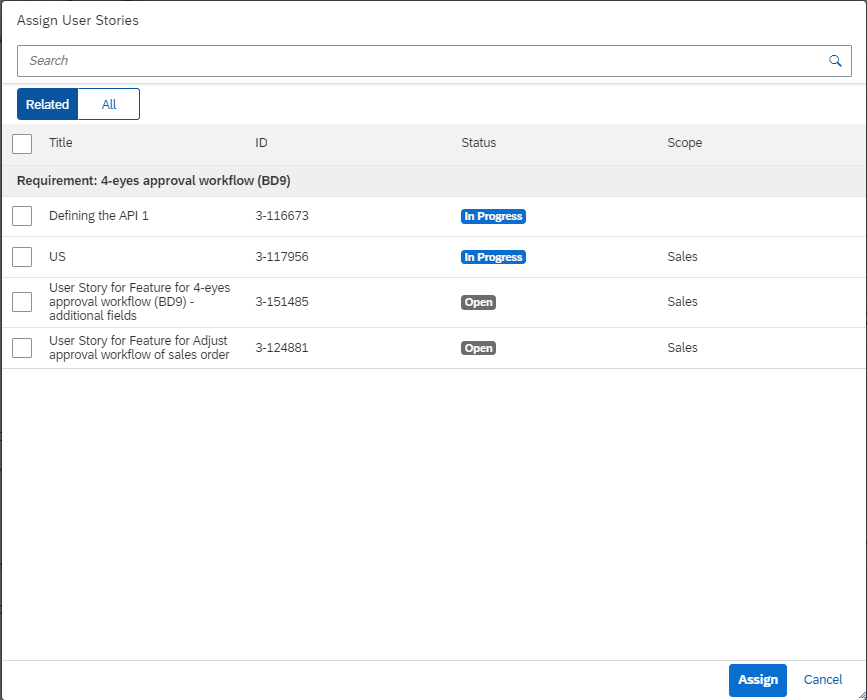 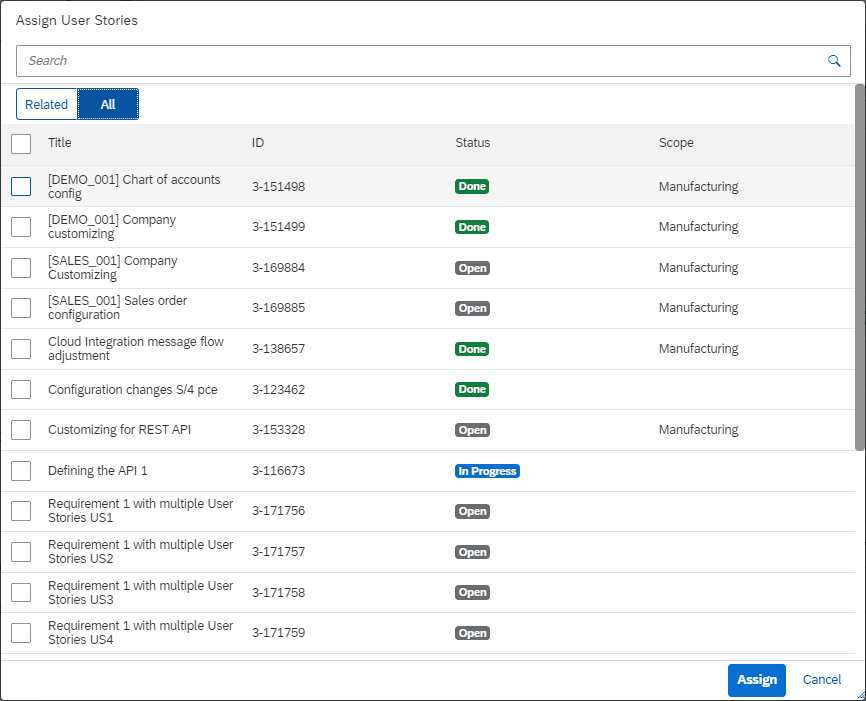 Assign user stories switched to All 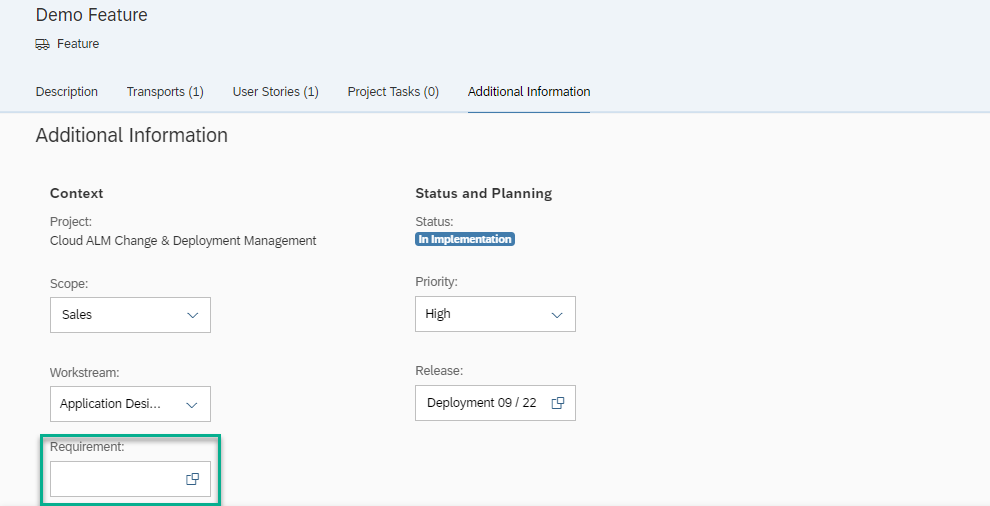 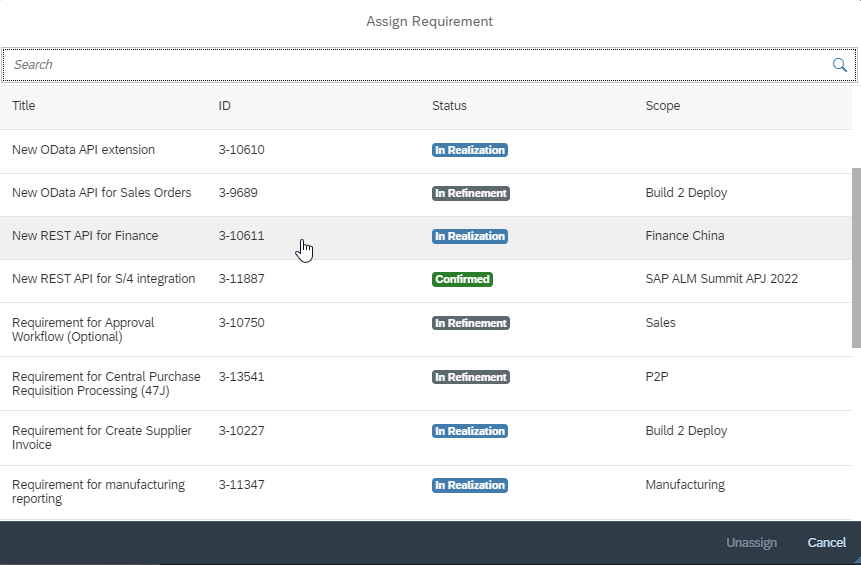 Selection for deploy to production

Note: In case one of the selected features is not in status “Ready for Deployment” the “Deploy” button stays disabled.

Note: By using select all in the Features Overview you select all features matching the filter criteria and not only the ones shown on the screen due to lazy loading. 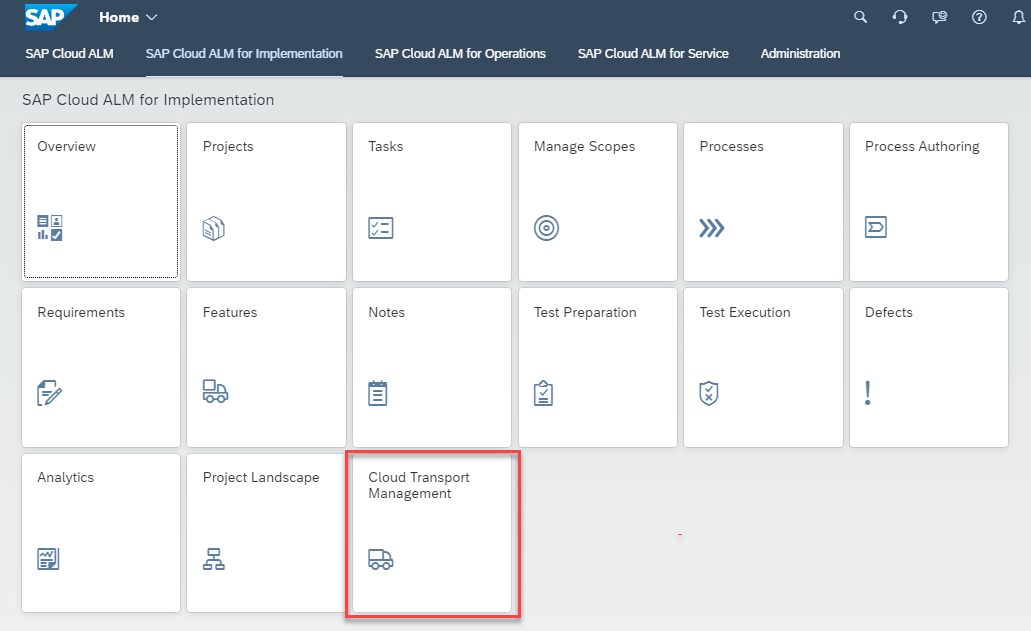 To enable the release of transports within an SAP Cloud ALM feature, you have to execute the Configuration of Client Dependent Use Cases in each development client you are using.

Note: If the release of a transport is not possible – most likely due to modifiable transport tasks – the status of the transport will stay “Modifiable”. 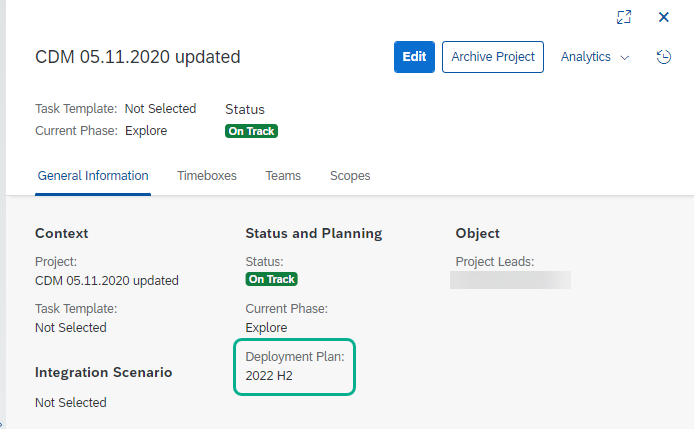 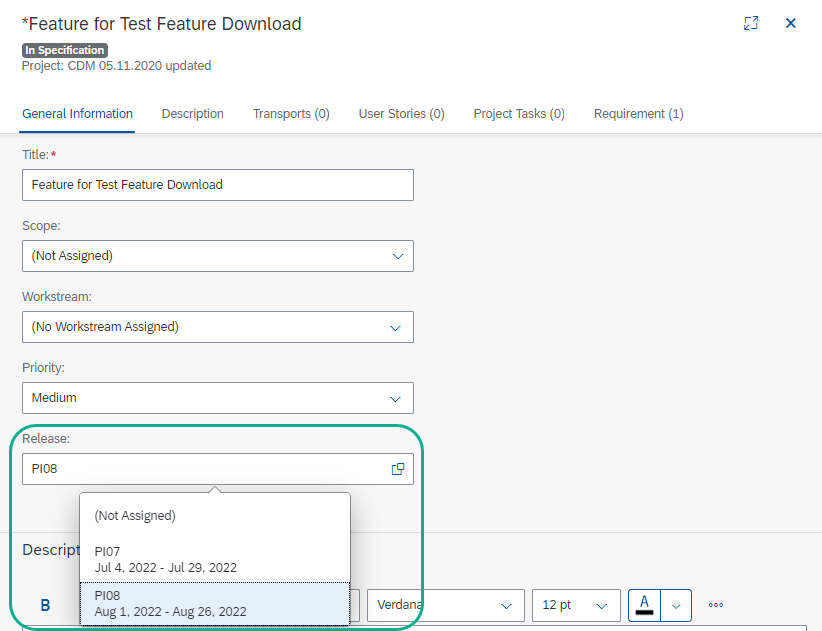 Search for transports in overview

Features with no transports assigned 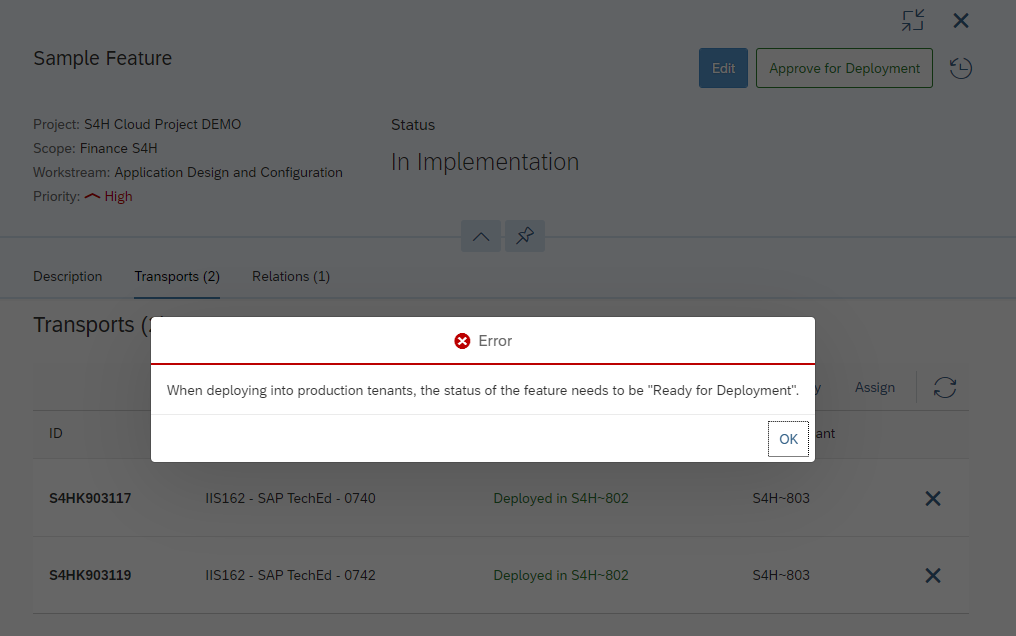 Deploy to production in status In Implementation 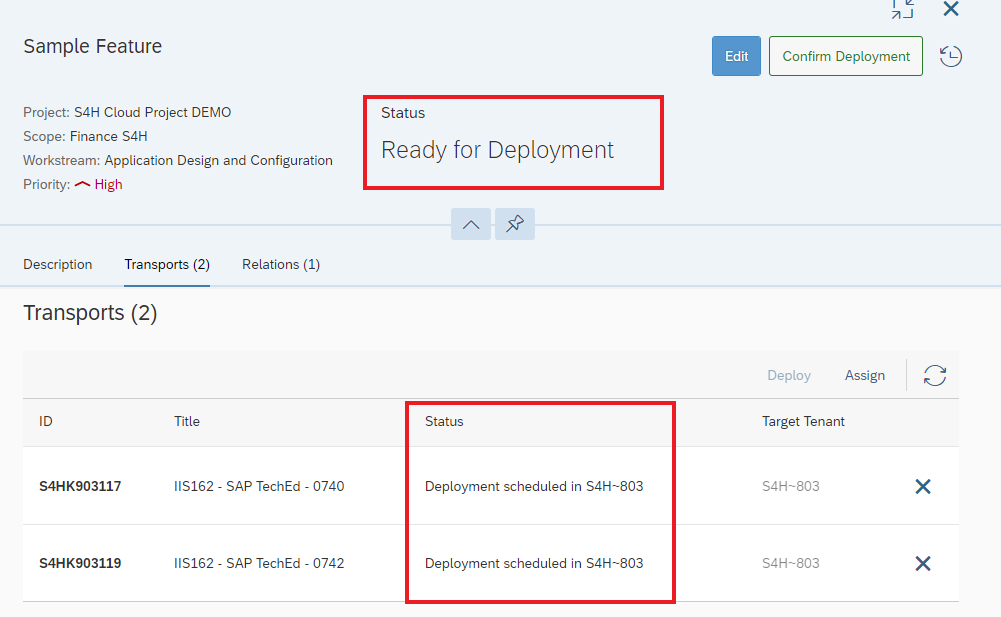 Deploy to production in status Ready for Deployment

The Feature can be used as vehicle for deployment and serves as your fast track to production. Together with the technical documentation and the change history you can preserve the full traceability.

In future the concept of the Feature will serve different ways of working and via relating it to the known items like requirements and user stories you are always able to jump on the Change & Deployment train in SAP Cloud ALM. In addition it gets clear that we distinguish between the business view with requirement as well as the work instructions on user story level and the technical view with the Feature as the technical change document holding all the information needed to do your job as a change & release manager.

Looking forward to receiving feedback. For latest updates and notifications you can follow me by clicking Moritz Gysler.

Are there plans on supporting more complex TMS landscapes for example with target groups?
(Roadmap doesn't show any)

Thanks for your question.

We will incrementally improve the functionalities of SAP Cloud ALM deployment management and here the target groups are definitely in scope. I thought about adding a preview / what's next section since we are delivering features bi-weekly and this would help to keep track. A topic like the one raised by you seems to be a perfect fit for such a section.

Today we have released the support of TMS transport target groups.

I have updated the blog post and will create a dedicated one soon.

We are looking into this scenario as well but there is nothing planned in the near future. Definitely a very interesting use case for hybrid landscapes and the the one mentioned by you. Thanks for the query.