From January 2021, a new set of OEM adapters were launched. Amazon Web Services was one of them. This adapter supports several protocols including S3, SQS, SNS, and SWF. A high-level overview of the adapter was shared in this blog post.

In this article, we will walk you through the AWS S3 sender and receiver adapter using a simple scenario.

Assuming that a third-party system is producing files and placing them in an S3 Bucket. You have been asked to pick these files and place the files in another S3 bucket. The scenario is depicted in the Figure below:

The first step is to use the AmazonWebServices adapter and select S3 as the protocol to pick up the incoming files from the S3 bucket. In this scenario, an S3 bucket named “ci-demo” is used. The configuration of the sender adapter and connection tab can be seen below:

Different parameters of the connection tab are explained in the below table:

Furthermore, the Figure below depicts the configuration of the Processing tab.

Some of the parameters of the processing Tab are explained in the below table:

Step 2: Prepare filename for the file on the target side:

This step is optional. This is just to showcase that the filename can be extracted and later used to dynamically set the filename in the receiver adapter from any property or header created during the execution.

In this case, we have created a property called “filename” which we will use in the next steps while creating the file on the receiver side. See below:

Use the AmazonWebServices receiver adapter with S3 protocol to create a file on the S3 bucket. The configuration of the adapter (Connection Tab) is shown in the below picture.

Details of the meaning of the properties in the adapter are shown below:

The figure below shows an example configuration of the Processing Tab.

Write operation: This operation is used to write files to the Amazon S3 bucket.

Read operation: This operation is used to read a single file from the Amazon S3 bucket in the middle of the process. This will be covered in the upcoming blog post.

Now we will go ahead and place a file in the source S3 bucket.

The Iflow polls the above folder at the defined polling interval in the sender adapter. After te  file has been successfully picked up by the IFlow, an execution entry can be seen the Monitoring in the SAP Integration Suite. See below. 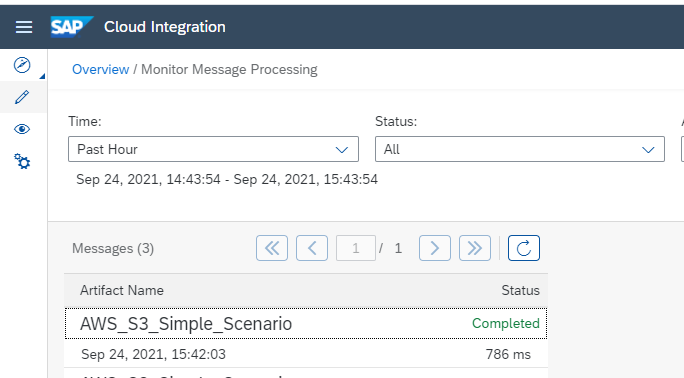 You can use these values at any subsequent steps in your Iflow by using the general expression for the properties. Example: ${property.S3ObjectName}.

We could see that the file has been created in the target directory. The filename is appended with a timestamp as selected in the receiver adapter.

Thanks for this information.  Do you possibly have an example of the AWS policies that need to be set up on the S3 buckets/folders to support the writing of files?  I have searched for some guidelines on what would be the most secure method but this information is just not easy to find.

Thanks for a detailed blog.

One question: how do we troubleshoot the adapter?

My case is reading files from sub-directory of a S3 bucket. For example, S3bucket.s3/Folder/SubFolder 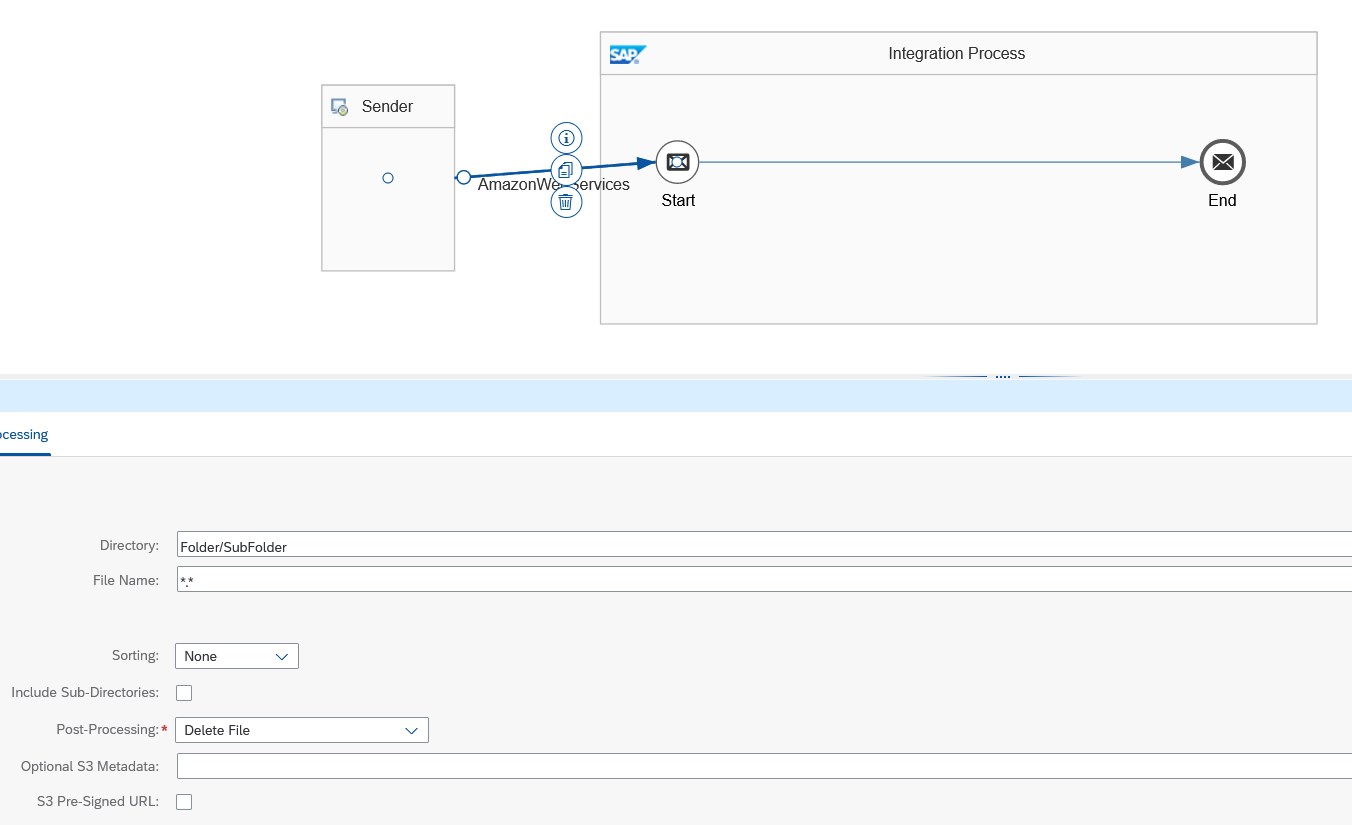 However, it gets this error when deploying.

What could go wrong here?