In SAP Analytics Cloud, you can add comments on the table cell within story. In order to add comment, right click on the selected cell and then select add comment. These comments are associated with the models, which means, if the same model used in different story and has same table cell available then the comment will appear in those stories as well. You can view comment in the comment popup or in table column

Fundamentally, table cell represent a coordinate which get formed based on the dimensions/measures selected in the row, column and filters. Same cell can represent different aggregated value and this can happen for example when filter is applied or there is different data access control on the dimension member for different users.

In this example, I have a data for California state which consist of 4 cities which are Los Angeles, San Francisco, San Jose and Oakland, I am adding comment on quantity sold for California (which is aggregated value for the four cities)

This comment will be visible to user as long as they are seeing same table cell value (coordinates formed by all combinations). if I filter the dimension member of California to have 3 cities say Los Angeles, San Francisco and San Jose (fig 2) then the previously added comments will not be available as the table cell aggregation would change 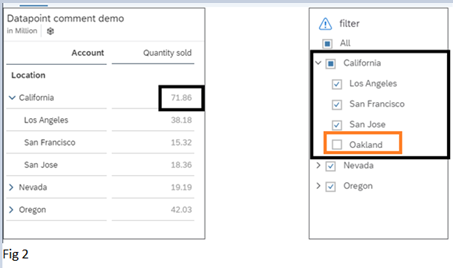 In all three fig 1, fig 2 and fig 3, we see different aggregation and the cell represent like below which makes them unique datapoints

Fig 1: Quantity sold in California for all product (where California consist of all four states)

Fig 2: Quantity sold in California for all product (where California consist of three states)

Fig 3: Quantity sold in California for product alcohol and carbonated drink (where California consist of all four states)

On the similar line to filter, In data access control example (not the story/page filter), if we have two users John and Gary and for the state Nevada john has access to all four cities “ Carson city, Las Vegas, Reno and Henderson” however Gary has access to only two cities “ Las Vegas and Reno”.  In this example comment added by 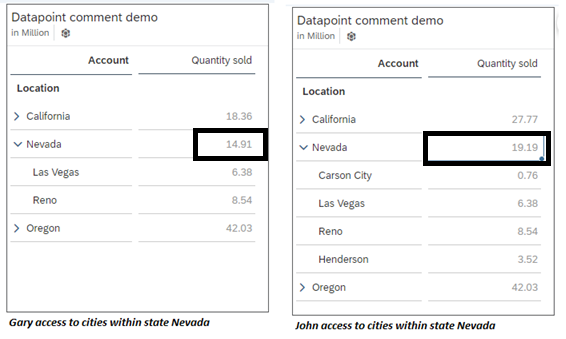 In the below example Juice constitute of five drinks and same five drinks also available in product color hierarchy. 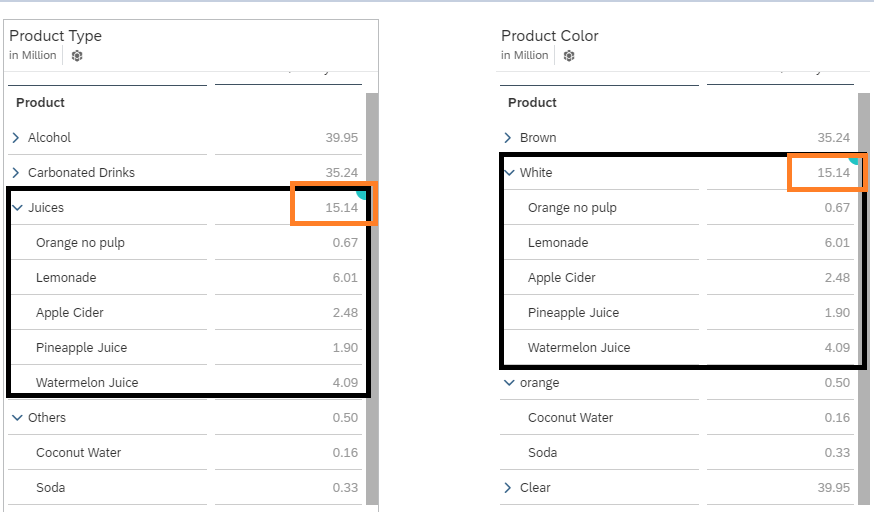 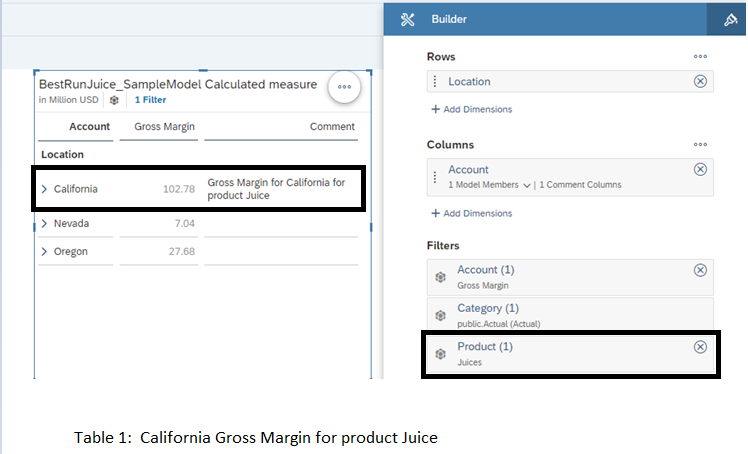 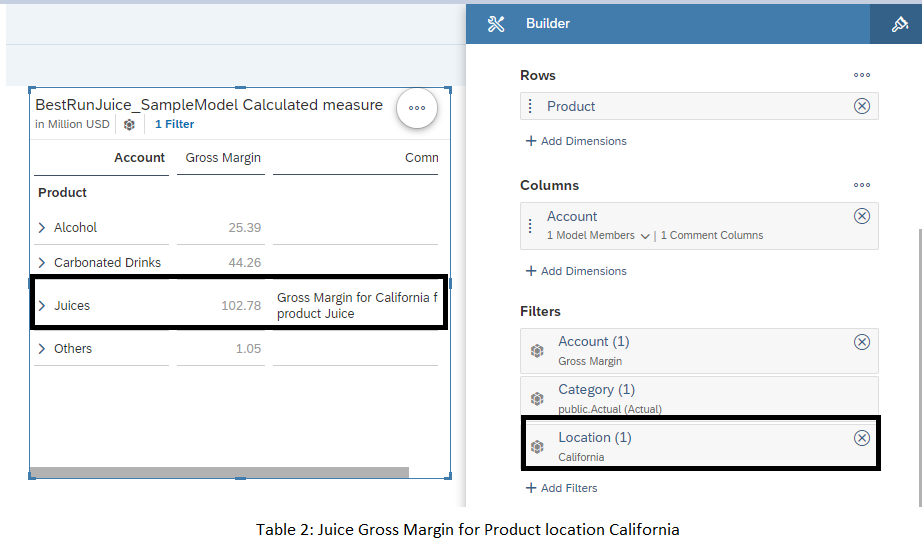 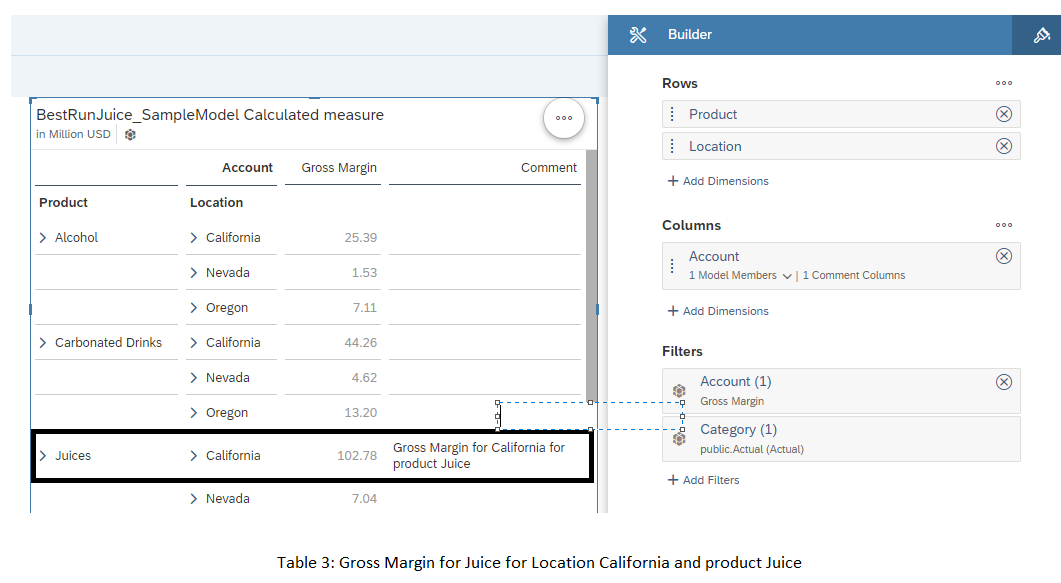 @SAP  is datapoint commenting planned for live models? Haven't seen anything on road maps yet ...