When it comes to troubleshooting access issues, first thing comes to our mind is ST01 (old method) and if you are aware of new developments by SAP, then STAUTHTRACE. SAP has developed few more tracing options which are available in SAP 7.4 version onwards. One of them and the most useful one is STUSERTRACE.

STUSERTRACE is a long-term trace, unlike ST01 which interferes with BASIS and Development team’s other tracing options and can only be activated for shorter periods.

SAP has given very nice documentation around this new tracing option. I will fist talk about the advantages of STUSERTRACE, possible use cases, paste the screenshot of SAP documentation and then talk about parameter options.

So SAP_ALL can be given to them, this trace activated, and few weeks later, upload the            trace data in a new role and assign.

Now, the parameter is a dynamic one and can be changed easily using RZ11. The possible values as mentioned by SAP are, N, Y, F. Currently, it is Inactive, hence F as seen in first screenshot.

Parameter Value – Y -> Now the trace is active for all the users and all types of applications. I am creating 2 test users here, TEST1 and TEST2. Even if I put filter for TEST1 user, it will capture for both the users. I am using TEST1 and TEST2 users to lock/unlock users. 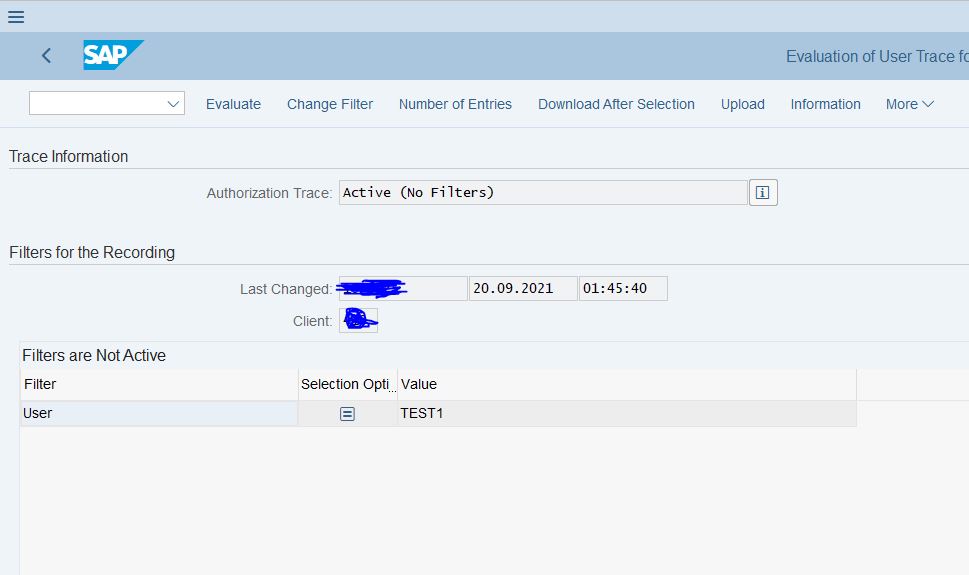 (Trace set as Y, with Filter for user TEST1)

It captured for both the users.

Changing the Parameter to F will capture the trace only for the users/apps mentioned in the filter, you can also mention the pattern for users. 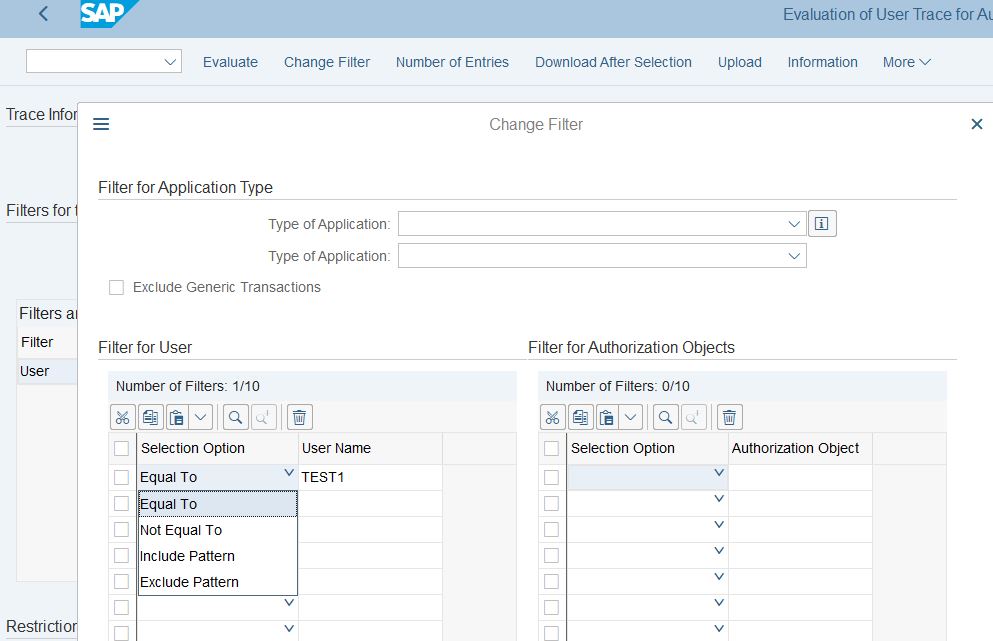 I used both the users to create new role and lock/unlock users. For TEST1 it was recorded for TEST2 it wasn’t, as the filter was active for user TEST1 only.

Plus, the lock/unlock activity was not captured for TEST1 user, as it as already there, and the timestamp was initial one.

Trace recorded only once with first timestamp.

The trace can also be reset/deleted completely/partially for one/more options from below picture, Period, users, Auth Object, type of application. 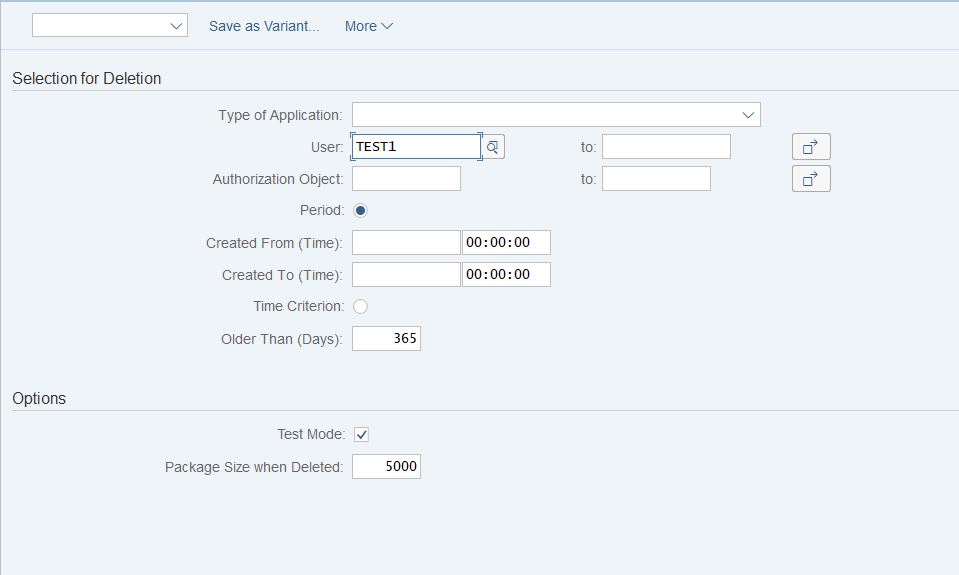 This will simulate the action and let you know how many records will be deleted since the Test Run Option is checked. Uncheck the Test Mode to delete the trace.

I tried to cover everything related to this tracing option, please comment if anything else needs to be included too. Thank you guys.

Thanks Sahil for sharing this informative document very well explained.

Thanks Sahil for sharing the document.

Small reconfirmation needed, even we maintain the parameter value in RZ11.whether system restart is needed.