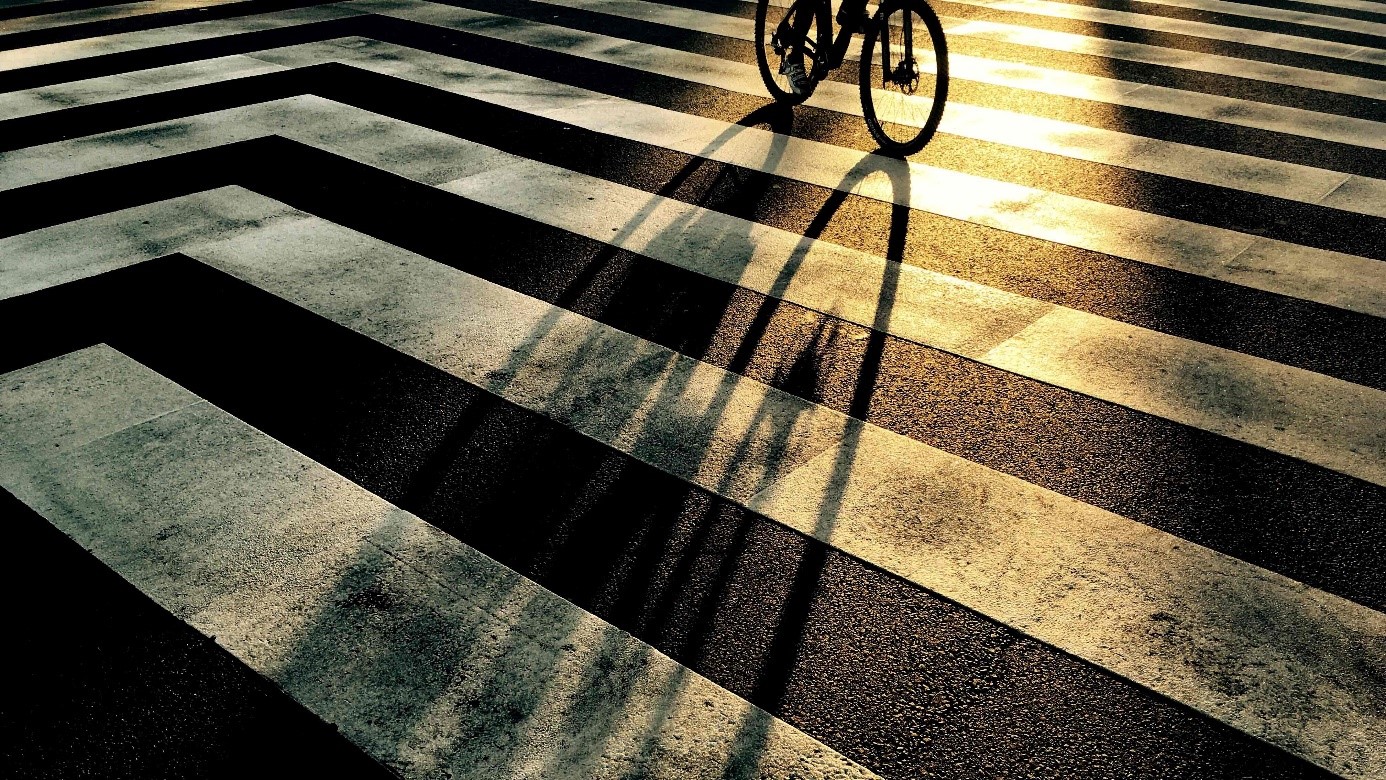 In a previous blog post I presented the new Influencers feature for Predictive Planning. We focused mainly on using the influencers to increase the accuracy of the predictive forecasts.

Specifically, I have mentioned that when using some influencers that are not under your control,  because you can’t know the future values for sure, you must generate multiples forecasts based on different scenarios. Sounds familiar? You have probably recognized a What-if simulation.

The What-If simulation is used in a planning context to determine what would be the value of a KPI based on different hypothetical business scenarios.

In this blog post we will show you how you can leverage SAP Analytics Cloud Predictive Planning predictive capabilities to perform a predictive “What-if simulation”.

How Does Predictive Relate to What-if Simulation?

To perform a What-if simulation you need:

Usually, the simulation model would be the Planning Model itself, where you have expressed explicitly (by creating hierarchies or calculations) the relations that exists between the measure/accounts (the business variables). But this approach is applicable only under the following conditions:

Let’s assume you are selling cars and you would like to get an idea of your revenue for next year.

You have a Planning Model with the following KPIs:

So, to fix your simulation you can use a time series forecasting model to predict Number Of Units Sold using Advertisement Budget and Discount as influencer. This way the missing relations are modelized and can be used as a complement to the relations that exist in the Planning Model.

The remaining of this post is assuming that you are familiar with Predictive Planning and the Influencers.

To learn more about using Predictive Scenarios, please refer to this blog post.

To learn more about using Influencers, please refer to this blog post.

I am working for a company that is renting bikes in London. I have a planning model that contains a BikeHires measure that counts the bike hires done each day. The planning model also contains  several measures related to the weather. Using Predictive Planning I would like to forecast the number of bikes that will be hired for the coming 30 days.

You can download this dataset if you want to recreate this example. Note that the columns BikeHires, Temp. Min, Temp. Max, Temp. Mean, Humid. Min, Humid. Max, Humid. Mean and Rain are expected to be measures. Other columns should be considered dimensions.

You can refer to this blog post if you need help to create a planning model from a CSV file.

In an earlier blog post we have seen that the number of bike hires is influenced by some weather related conditions, more specifically, the amount of rain and the maximum temperature during the considered day.

But we want to get predictions for the 30 coming days. We can probably have some rather precise weather predictions we can use for tomorrow, possibly even for the full week to come if the imprecision doesn’t matter too much… but there is no way we can get any weather forecast we can trust for the 30 days to come. In all cases we would be using unreliable input to generate predictive forecasts.

So, what should we do? We should perform a predictive “What-if” simulation, that is looking at what the predictive output would be based on different hypothesis, knowing that they are just hypothesis. Because the predictions are based on input that are themselves not predictable, we don’t make assumptions about what the future will be. Instead we look at what would happen in such or such situation.

We will perform a What-if simulation using 3 simple scenarios (“hypothesis”):

Each simulation scenario will be represented as a planning version, so we need to create 3 private versions.

But to create these versions we need to take a SAP Analytics Cloud Predictive Planning limitation into account: it’s not possible to train a model once and apply it to multiple versions. This means that we will have to train 3 distinct models using the same training data each time. So simply we will create our 3 versions by copying the data from the Actual version. 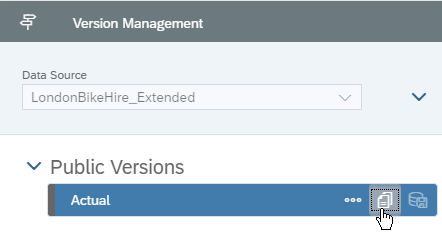 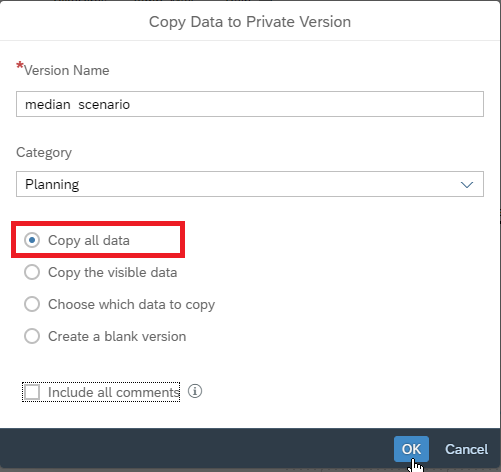 Create one version for the `median` scenario 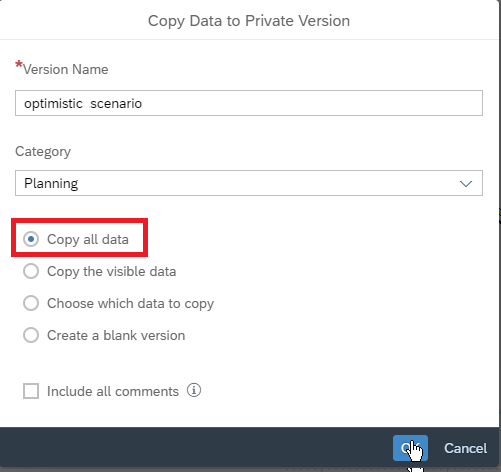 Create one version for the `optimistic` scenario 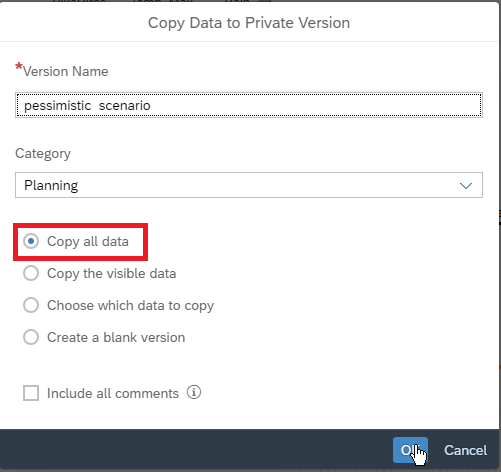 Create one version for the `pessimistic`scenario 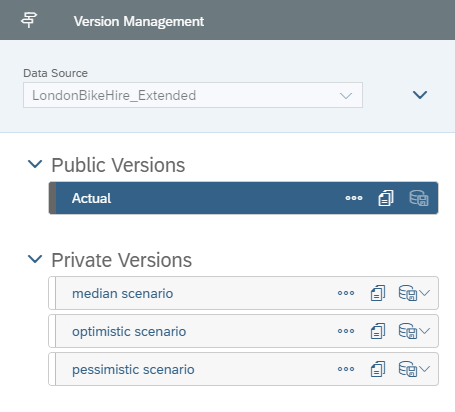 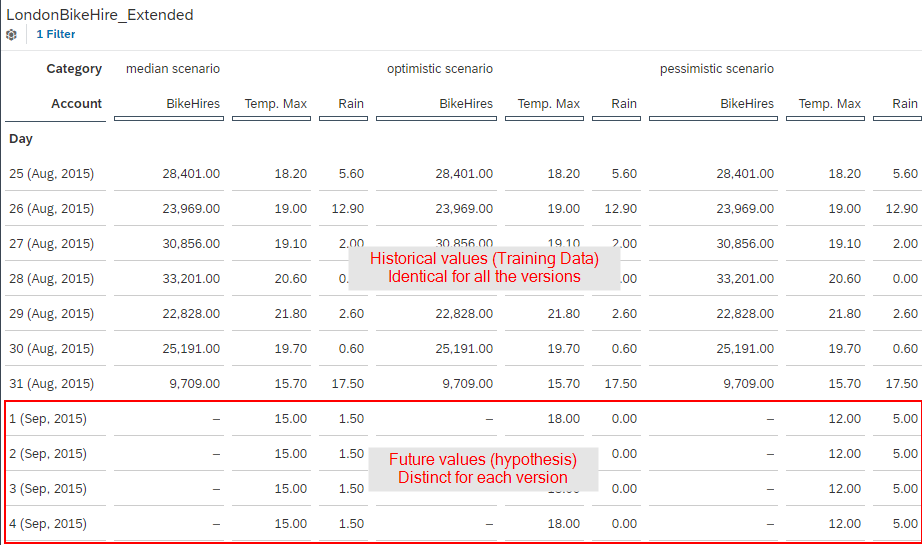 Values for Temp. Max and Rain in the different scenarios

Where do these values come from?

Similarly, the average daily amount of rain in September is 1.5 inch and it’s around 5 inches on an awfully bad month. So, we took 1.5 inch for the median scenario, 5 inches for the pessimistic scenario and 0 inch (no rain at all) for the optimistic scenario.

Now we will create a time-series forecasting Predictive Scenario. 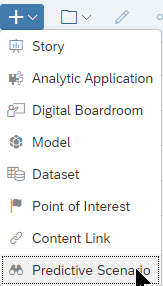 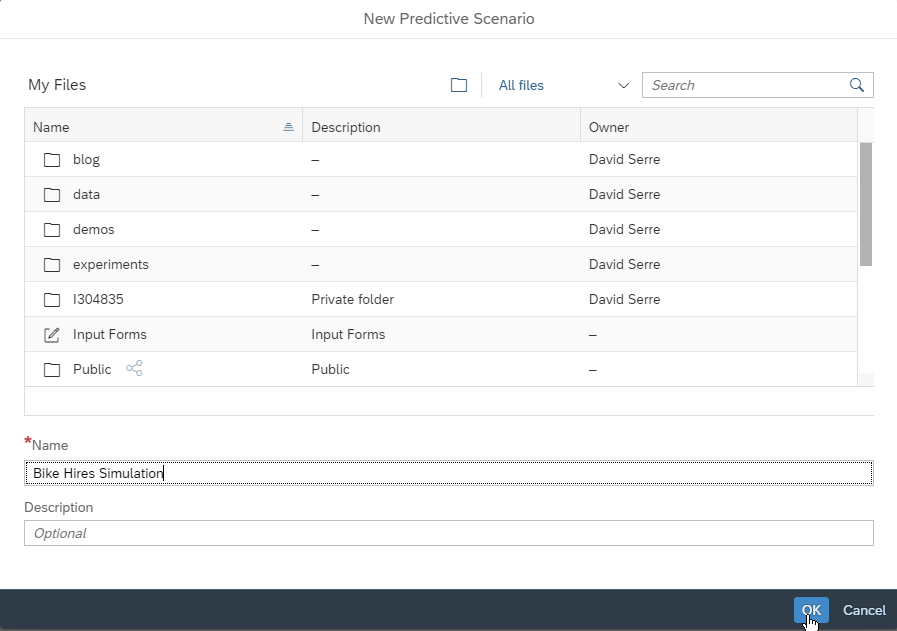 Choose a name and a location for the new Predictive Scenario

Let’s create a first Predictive Model for the “median” scenario, using the settings below: 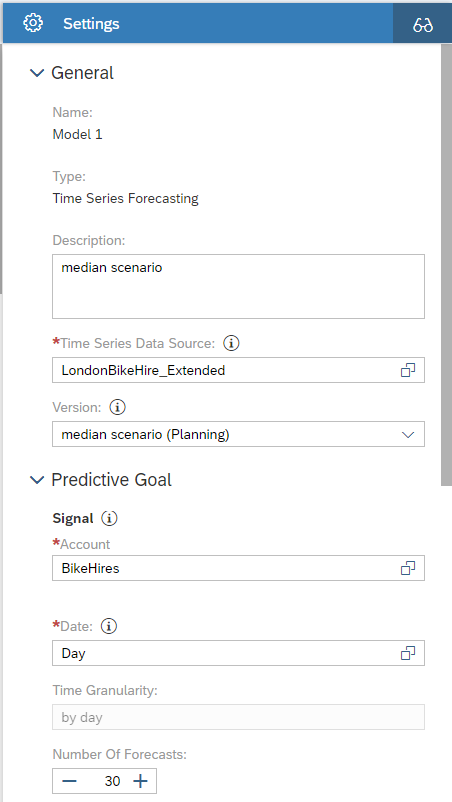 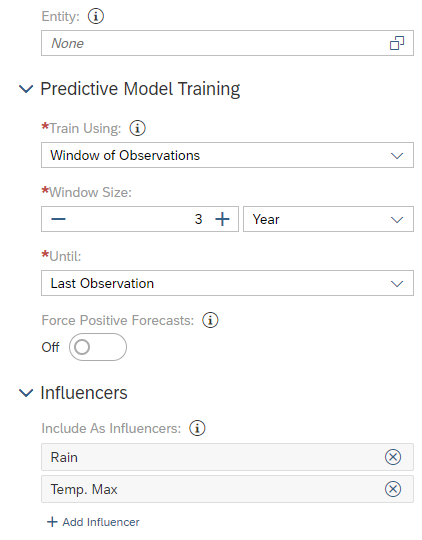 Don’t forget to provide a description that identifies the simulation scenario clearly. 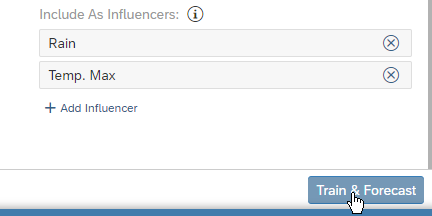 The two remaining predictive models will use the same settings but reference other input versions, so we will use the “Duplicate” feature.

Create 2 additional predictive models changing only the input version and the description. Train these models. 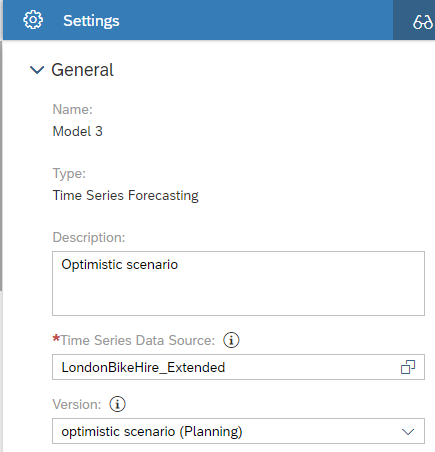 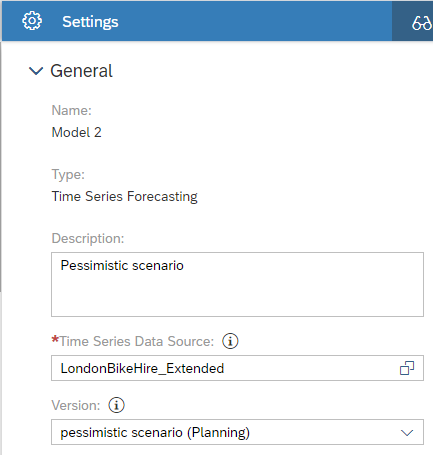 Now we have 3 trained models, ready to generate prediction for 3 distinct scenarios.

Write the forecast for each simulation to the corresponding private version

Now, we are ready to visualize the results of the simulations into a story.

We can see what the bike hires for September could be for three hypothetical scenarios. It gives us as sense of what to expect if the weather in September is very bad, very good or average.

In this blog post, you learned how to leverage the Influencers to perform simulation planning. The example we used was focused on how to generate predictive forecasts when the influencers are not under your control. Using the exact same methodology, you could perform a simulation to determine the best value for a set of KPIs that are under your control. For instance, you could use what you have learned in this post to determine what would be the best advertisement budget for next year (if the advertisement budget has an impact on your sales).

I hope this blog post was helpful to you. If you appreciated reading this, I’d be grateful if you left a comment to that effect, and don’t forget to like it as well. Thank you.

Do you want to learn more on Predictive Planning?

Thanks for this post - I thought it was excellent. A very clear explanation and example of the difference between planning models (even sophisticated driver based planning models) and predictive models, of the scenarios in which they might be used, and how they might complement each other in a planning process.

Hi Hugh, thanks very much for the feedback. We also consider this a very fruitful scenario to leverage the full potential of Predictive Planning in a business context that's could be considered more uncertain than ever.

Happy to discuss any next steps you might want to look into.

Enjoyed reading this blog. Now I have the idea on how to leverage influencer to do the What-If simulation