Automation has been a buzzword in the domains of testing and process automation. It necessarily has not seen the widespread adoption which was predicted earlier due to multiple reasons. In this blog we will briefly cover some of the challenges faced in test automation, and how we plan to overcome these with the features being delivered as part of the SAP S/4HANA Cloud Test Automation Tool.

The expectation from automation solutions has long been – “plan, execute and forget”. The maintenance effort involved in running automation scripts as part of a constantly evolving software landscape is largely forgotten. Most implementations start off with automation as a central theme for testing strategy but give it up because the automates need to be reviewed with every software update. To truly realize the ROI from automation we need to bring down the maintenance effort and work towards being able to re-use automates across different test cycles.

The key factors for any automate to function consistently across software upgrade cycles are:

The SAP S/4HANA Cloud Test Automation Tool provides our SAP S/4HANA Cloud Essential customers the necessary feature set to create an automated regression suite for their testing needs. The tool is a no-code, no-installation, cloud native solution. The solution comes bundled with more than 300+ standard pre-delivered test automates based on the SAP Best Practice Processes. Customers generally use the pre-delivered automates as a starting point and adapt them as per their business needs. There is a built-in recording engine which enables end users to record their own automation scripts as well. Furthermore, test script executions are done in an SAP managed infrastructure which utilizes Hyperscalers and is able to scale with increasing demand.

The tool offers a very rich toolset, but still has to overcome the test automation challenges mentioned above. We have over the course of the past year focused on this aspect and introduced new features which make it easier to work with test scripts while making them more resilient to changes.

The first feature is the UI Control Repository, which achieves the modularization and reusability of UI Controls. The standard pre-delivered scripts are maintained by SAP, and hence any changes are updated and shipped as part of the software release. Customers utilizing the standard scripts did not have to review the scripts again, but customers using custom scripts still needed to review and incorporate these changes into their scripts. UI Control Repository moves the level of standardization from the script to individual UI controls (Button Click, Input field etc.), thus ensuring that custom scripts are more resilient to the changes due to the evolving software. More details about the UI Control Repository can be read here.

API Automation Framework provides the feature of creating automates based on both OData and SOAP API’s available in the SAP API Hub. It provides a smart and user-friendly interface to create API payloads for business users not very accustomed to working with API’s. While UI Automation ensures that we can test the functional correctness of the business process under test, API Automation provides the ability to test integration end points. API automation also enables running different test scenarios via a single script while making the necessary changes to the payload. There is also built-in integration between the API framework and Test Data Container application. 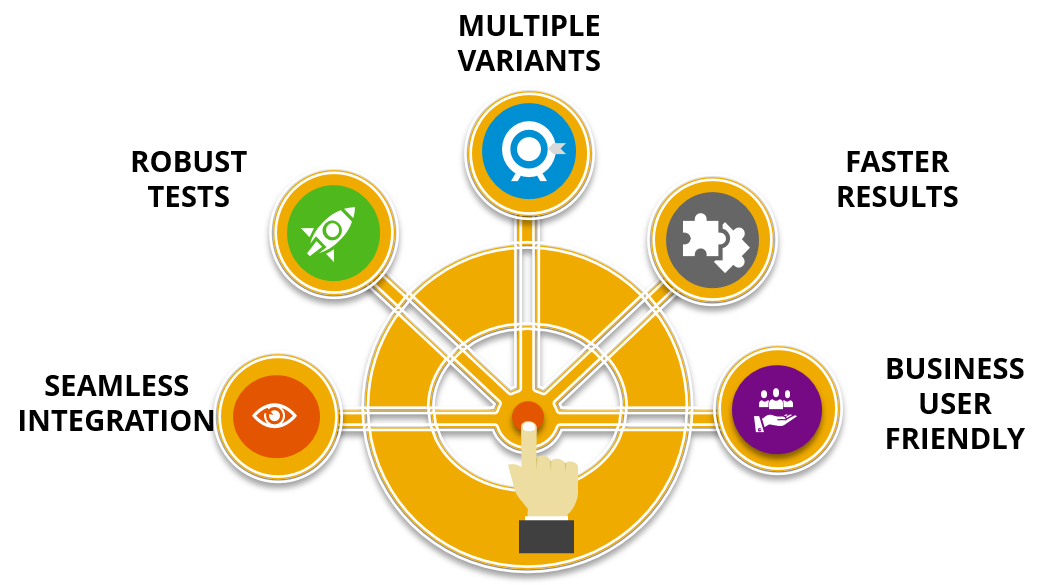 Both UI Control Repository and API Test Framework, are part of the broader approach we are taking towards building zero maintenance automates. Currently the features are enabled for Sales and Finance areas, with additional areas being included every release. More details on API Test Framework can be found here.

When we look for re-use of automates it is important to have a rich repository of test data to fall back on to test the various scenarios. This is where the Test Data Container (TDC) app comes into picture, it provides an easy and logical way of grouping relevant data for a test plan. TDC provides a central repository with standard test data templates based on business functional areas. Multiple data sets can then be assigned to a single TDC, which then as per need be used in the execution of multiple test plans.

Data templates aggregate all fields at an area level, and further logical classification is given based on the business flows. We also deliver Standard TDC’s which are grouped as per business scenarios. TDC provides the end users the capability to reflect data changes across multiple Test Plans by making a single change in the assigned data variants. More details on TDC can be found here.

The Analyze Automated Test Results (AATR) app now provides a “Failure Category” field which enables end users to quickly understand the reason for the script failure and action on them. The failure category, along with the failure reason and screenshots captured during the automate execution, provide a powerful tool to ascertain whether the error can be ignored or needs to be reported to development teams for further analysis. In most cases the user can themselves get the issue resolved by providing the right data or correcting configuration. 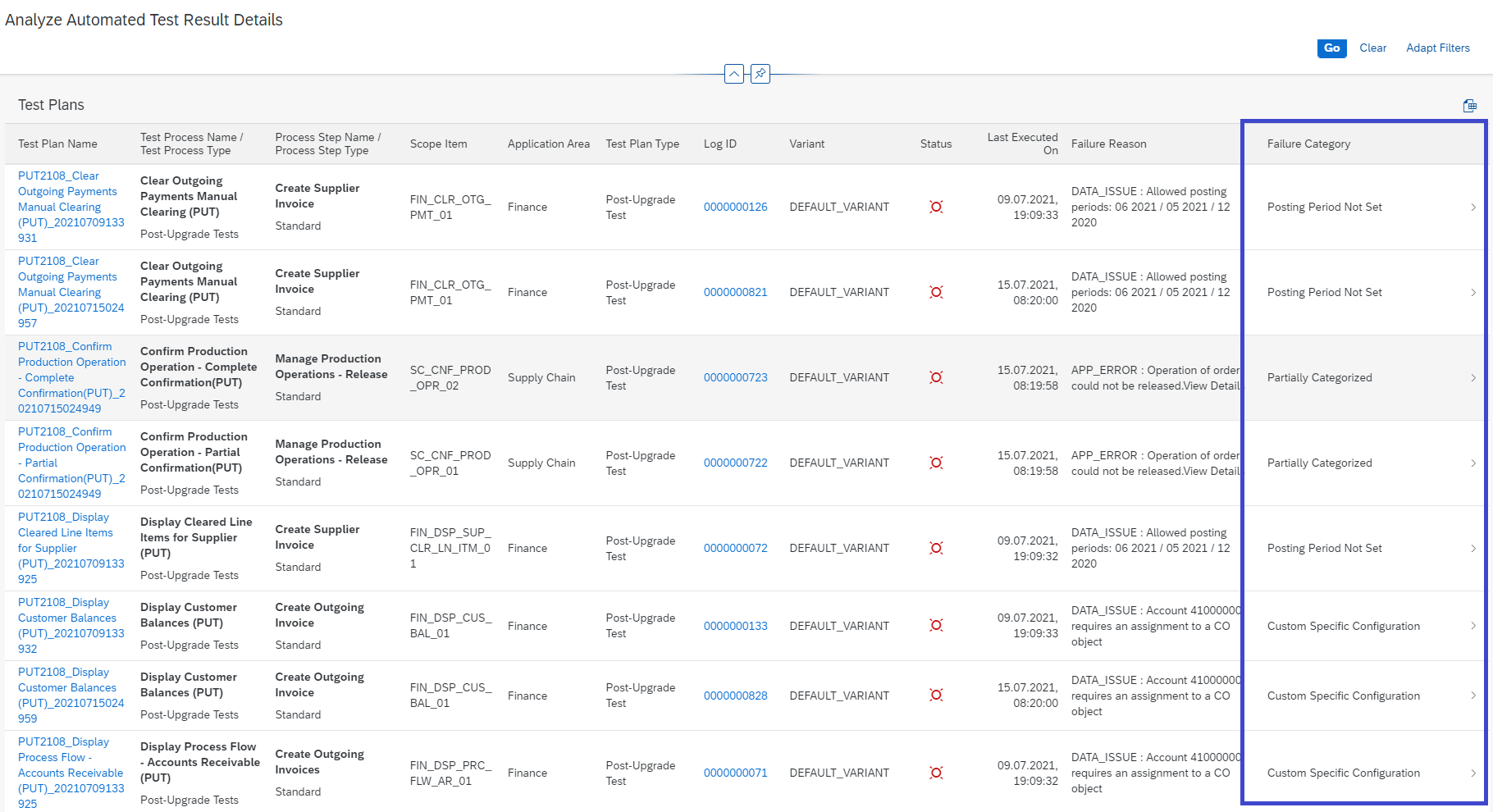 Moving ahead the reporting will be further enhanced with recommendations for corrective actions based on the “Failure Category”. This would enable users to quickly action on the script errors.

The above innovations enable our customers to get maximum value from their automated test regression suite while also bringing down the overall maintenance needed. Reduced maintenance is just one part of the automation tool, below are some additional facets of the tool which make it a compelling use case for all S/4HANA Cloud customers.

The links below provide an overview of the feature enhancement made over the past releases: