This blog post explains how to automate the workflows easily using the Recorder in Cloud Studio.

The Recorder supports SAP Windows GUI and SAP Web GUI applications. The Recorder records the steps you perform across the screens of an application. Screens, elements, and their underlying metadata are automatically captured and properly declared. Then you can export the recording to the automation designer of the Cloud Studio where a workflow is built automatically. The exported recording steps include automatically recorded application screens, elements, metadata, and automation with a workflow made up of activities. If required, you can manually edit the captured screens and elements or edit the automation to update the Step Details.

You can even append new activities to the generated automation.

To use the recorder with SAP  WinGUI, SAP scripting and Recording must be enabled in the SAP WIN GUI system.

1.By default the recording option is enabled in your system, if it is not enabled, follow the below steps to enable the recording/

Navigate to the transaction RZ11

If the parameter is maintained as TRUE, change the value to FALSE.

2.The recording is enabled by default in the SAP WebGUI application. If the recording is not enabled, ask your admin to add the S_WEBGUI authorization Object to your role.

If the recording option is enabled while recording the application you would see the little bulb icon in SAP WebGUI applications.

1.Create a project in Cloud Studio.

3.Select the WinGUI application which has to be recorded.

4.Select the screen and the Record button would appear instead of the capture button.

Based on the action by the BOT developer based on your action as a bot developer, the Recorder has recorded a series of interactions consisting of various steps across the screens such as:

1.Create a project in Cloud Studio.

3.Select the SAP WebGUI application which has to be recorded.

4.Select the screen and the Record button would appear instead of the capture button.

We can manually edit the captured screens and elements or edit the automation to update the Step Details.

With Low-Code No-code, We have successfully recorded the workflow and simplified capturing the complex applications using Recorder.

Impressive. Thanks for sharing

Can you let me know what is your Desktop Agent version?

Can you please update the Core SDK dependency of your project to version 1.14.85. This should definitely solve the issue.

Hi, I dont see the recording option in my Cloud Studio, how can I activate it? Regards

Can you let me know what is the desktop agent version ,version of SDKs acquired in your project?

Hope the you have enabled scripting and recording parameters  too!

I have set all the parameters in RZ11 as you described:

When I want to capture and record SAPGUI page in the cloud factory every time Technology "UI Automation" is selected and I cannot change to SAPGUI. SDK Version is 1.20.63.

Hi @Dominik Meyer - Did you get a resolution for this? I too face the same problem. Chaitanya Priya Puvvada, .

Are u facing this issue for Recorder or normal capture of SAP GUI applciations?

When you capture the SAP Logon pad, it is UI automation but the SAP GUI page is captured it automatically changes to SAP GUI.

Hi Chaitanya Priya Puvvada, - Here is the screenshot of the problem that I was mentioning. Could you please let me know if I am missing on any pre-requisites ?

When you are capturing the screen, do u have the selection as below.

When you uncheck Hide Advanced and SAP GUI,the same application is shown as UI automation and also as SAP GUI.

You need to select the proper one which has Technology  as SAP GUI.

Hi Chaitanya Priya Puvvada, - tried doing as per your instructions.

When no filter is applied, the screen is recognized but again with UI automation only as shown below.

I had requested to u apply filter and which would give you only SAP GUI so that you don't get confused with UI Automation screen  of the same page.

See all the highlighted icons.

I have the same problem exactly with Srinivas Rao. Did you finde the solution?

When opening the Recorder it does not recognize the SAP Logon as an SAP GUI but as an UI Automation.

SAP Logon Pad is recognized as UI Automation only not as SAP GUI..

Ok, but so does also the SAP Easy Access. Shouldnt it be recognized as SAP GUI?

Can you share screen shots of your filter settings and and also the screen capture of Easy access when you are about to start the recording. 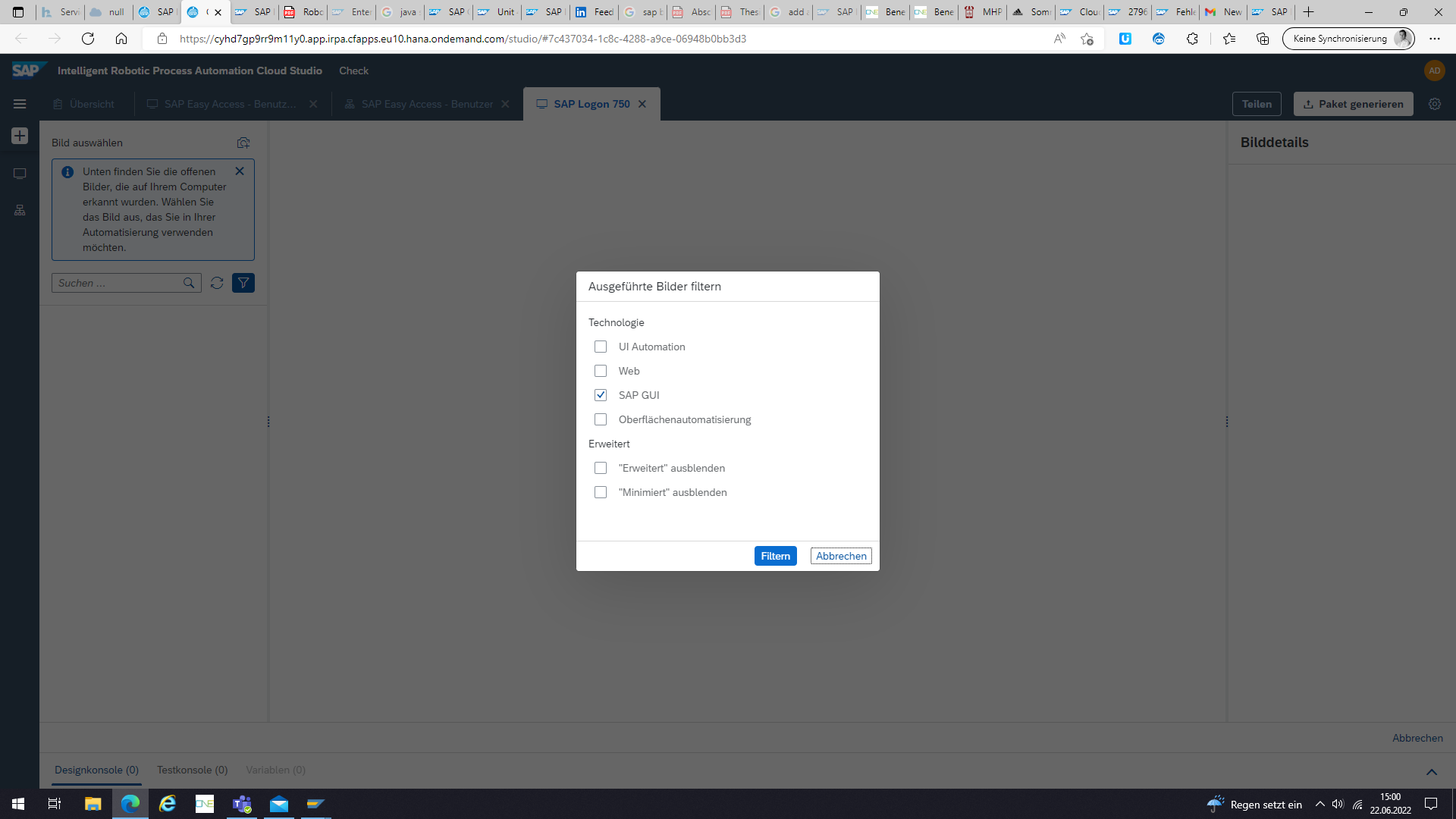 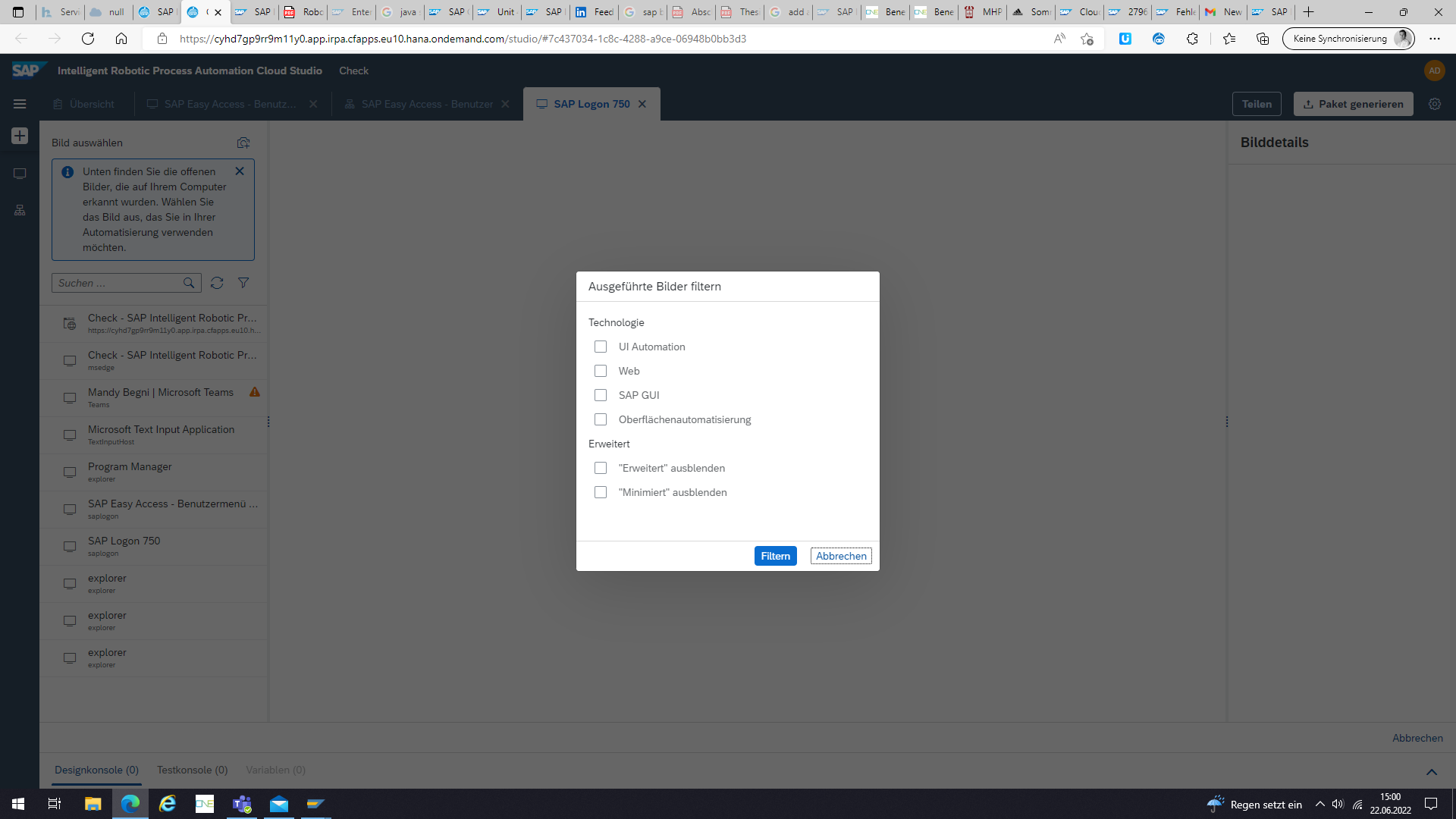 Here are the requested Screenshots. When trying to capture SAP Easy Access I have evreything unchecked in the filters. 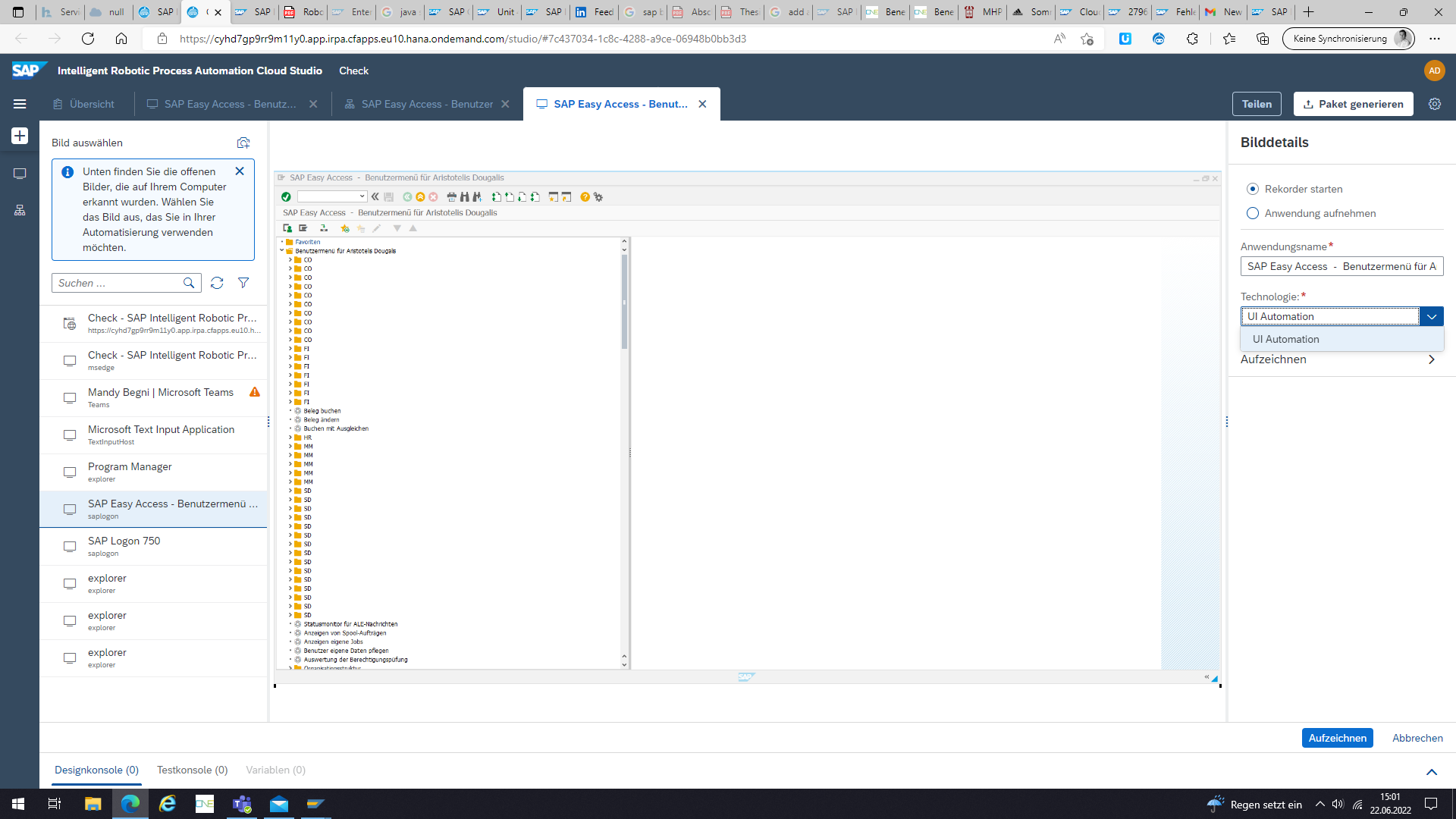 Looking at all of your messages, I see that you have already done the Pre-requisites mentioned in the blog post but still are facing the issues of Technology showing as UI automation instead of SAP GUI.

I request all of you do a cross-check if the recording is working or not in your  SAP GUI.

Refer to the blog post and record one step for testing purposes.

Yes, I can record everything. But the problem is in the testing. When I click test, it is not executing anything, I could wait for hours and it would still load something. If I record another application as for example excel or so it is working fine and I can test. So I cant test anything in SAP GUI and I dont know exactly the problem. I have also raised another question in the community, where I describe it analytically. You can find it here: Unable Testing SAP GUI with SAP IRPA | SAP Community

I also tried to go in my SAP GUI and make a recording from there, but i cant select thsi option as seen in the screenshot. 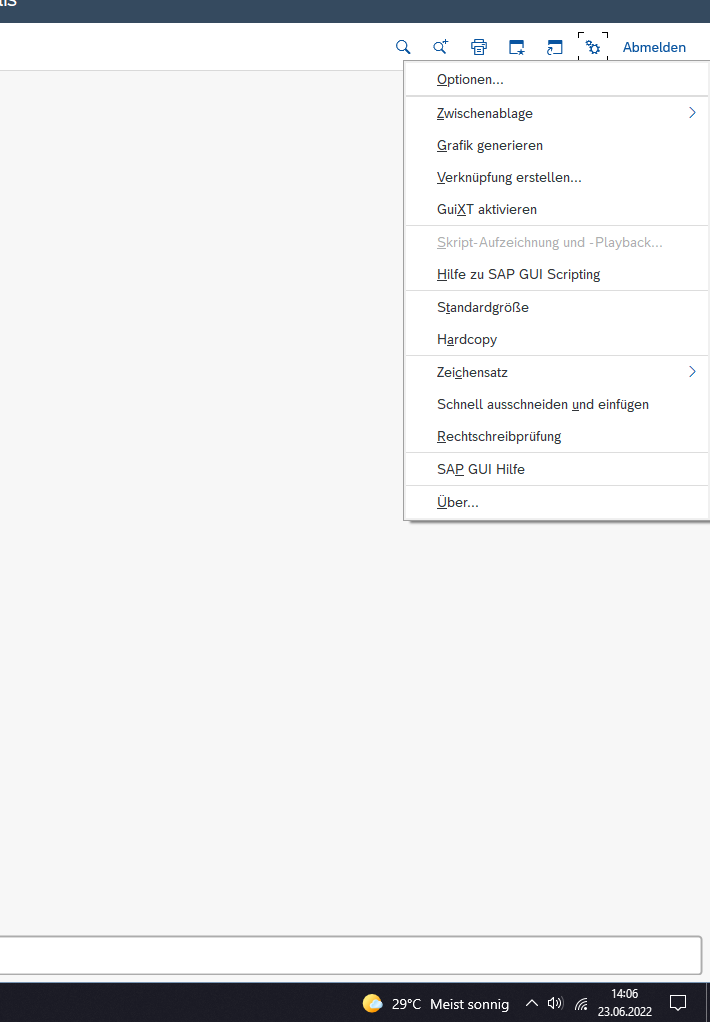 Thanks for every tip and help. I highly appreciate that!

If the Scripting and playback is disabled ,it indicates that scripting is not properly activated properly on SAP GUI system.

For more details refer to the documentation on SAP GUI Scripting

I had already mentioned these parameters in the post.

Navigate to RZ11 and check for the values of the below parameters.

I am trying to record VA01 using Web Gui but the Record button is not appearing.I am getting only Capture button. We have added S_WEBGUI role also to my ID. 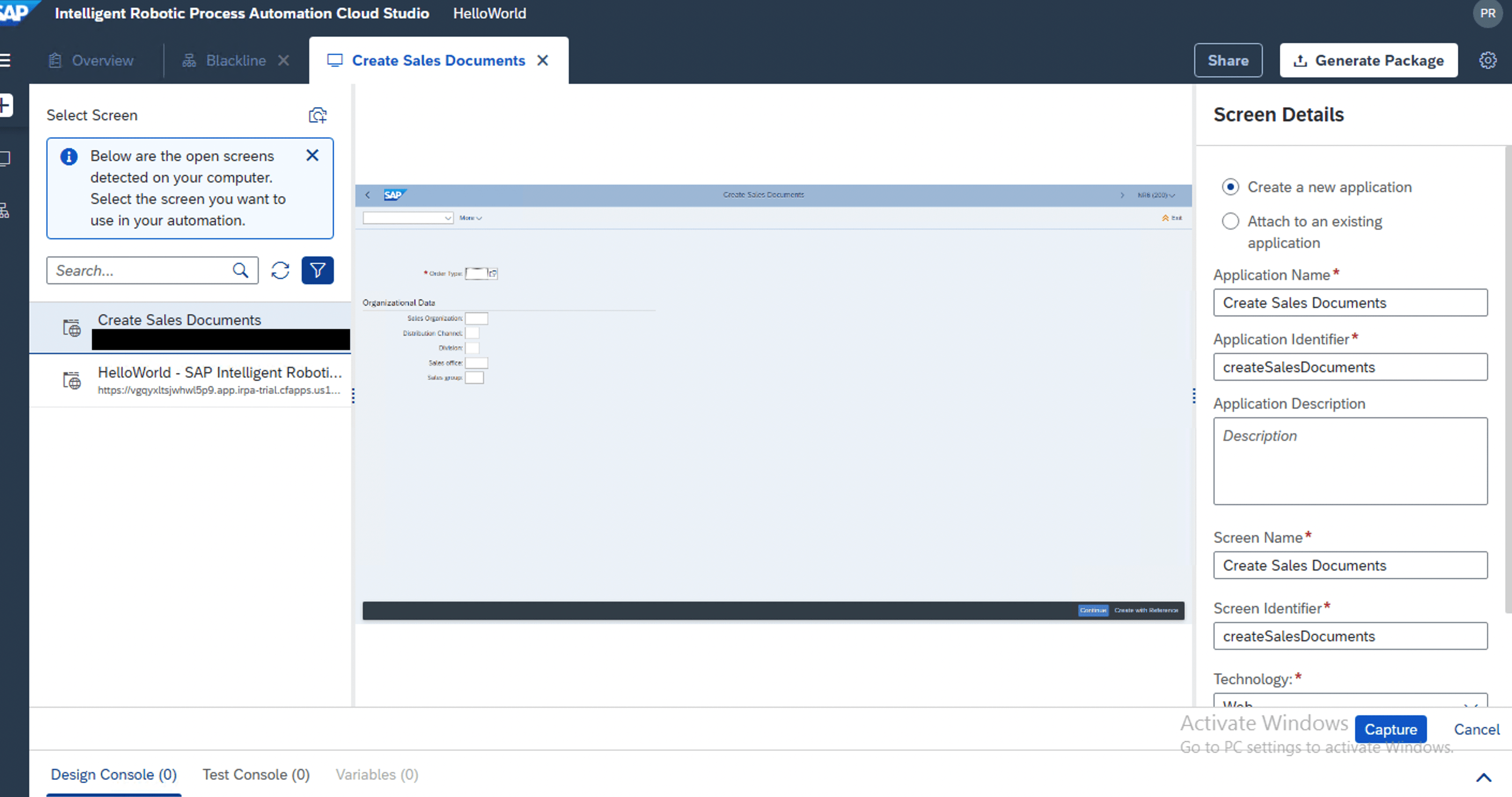