Explored by prototyping a Pay-As-You-Go consumption-based Application where payments are carried out in Ethereum ($ETH) by deploying a Smart Contract on one of the Ethereum Rinkeby Test Network. Tried to tick one or few check boxes within the concepts such as multi-service, microservices, App containerization using docker and deployed on SAP BTP Kyma Runtime with multiple replicas of an application which uses one of the SAP AI Business Services.

Application one uses MetaMask Wallet to communicate a Ethereum Contract which was deployed on Rinkeby Test Network (not the Mainnet) for payments.

These two applications have their own dependencies, programming languages, libraries, scalability requirements and can be deployed and consumed independently

Used a boiler plate code from GitHub for creating a React Application. This is the UI to interact with MetaMask and to upload a file for G/L recommendations which used Invoice Object Recommendation Service (IOR).

Application two was built using Node.js, used Multer library to handle the uploaded file. This application handles the consumption of the IOR and to send back the response to Application One.

Docker/Dockerfile allowed to create Images for these applications to run it independently. I have used Docker-compose file to enable these two images/containers to communicate via Network Drivers to run it on localhost.

Used Kompose tool to convert docker-compose file. Edited the number of replicas and hosted it on SAP BTP Kyma Runtime as described in this Blog by @Gunter Albrecht 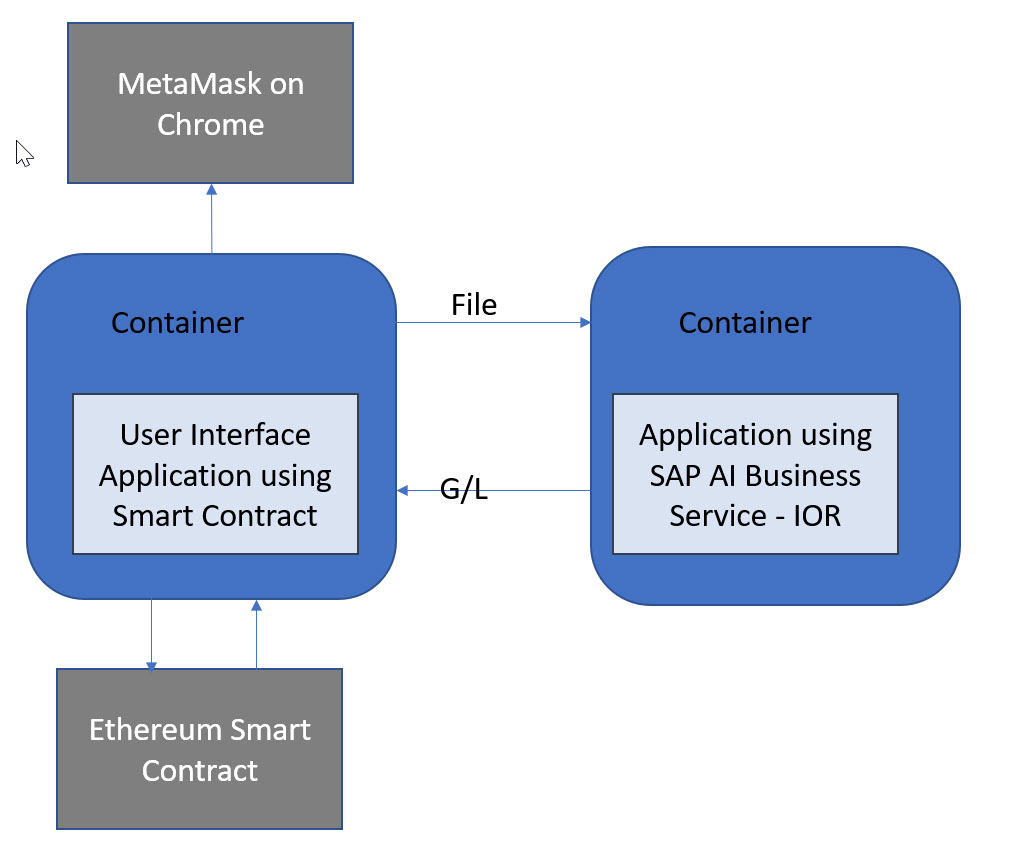 Pay-As-You-Go Model: Users will pay a minimum of 0.11 $ETH for using the application. All payments are accumulated in the Smart Contract till the Contract Creator decides to donate 90% of the amount to a Charity. 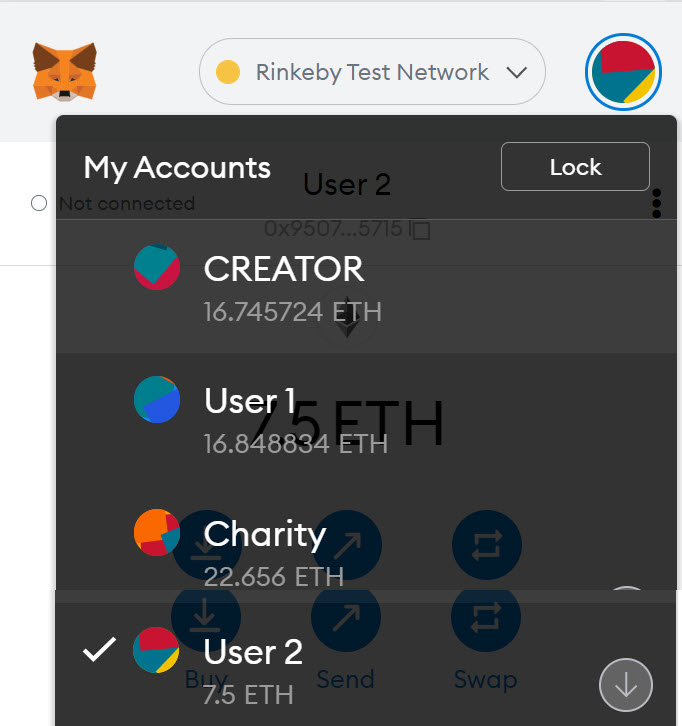 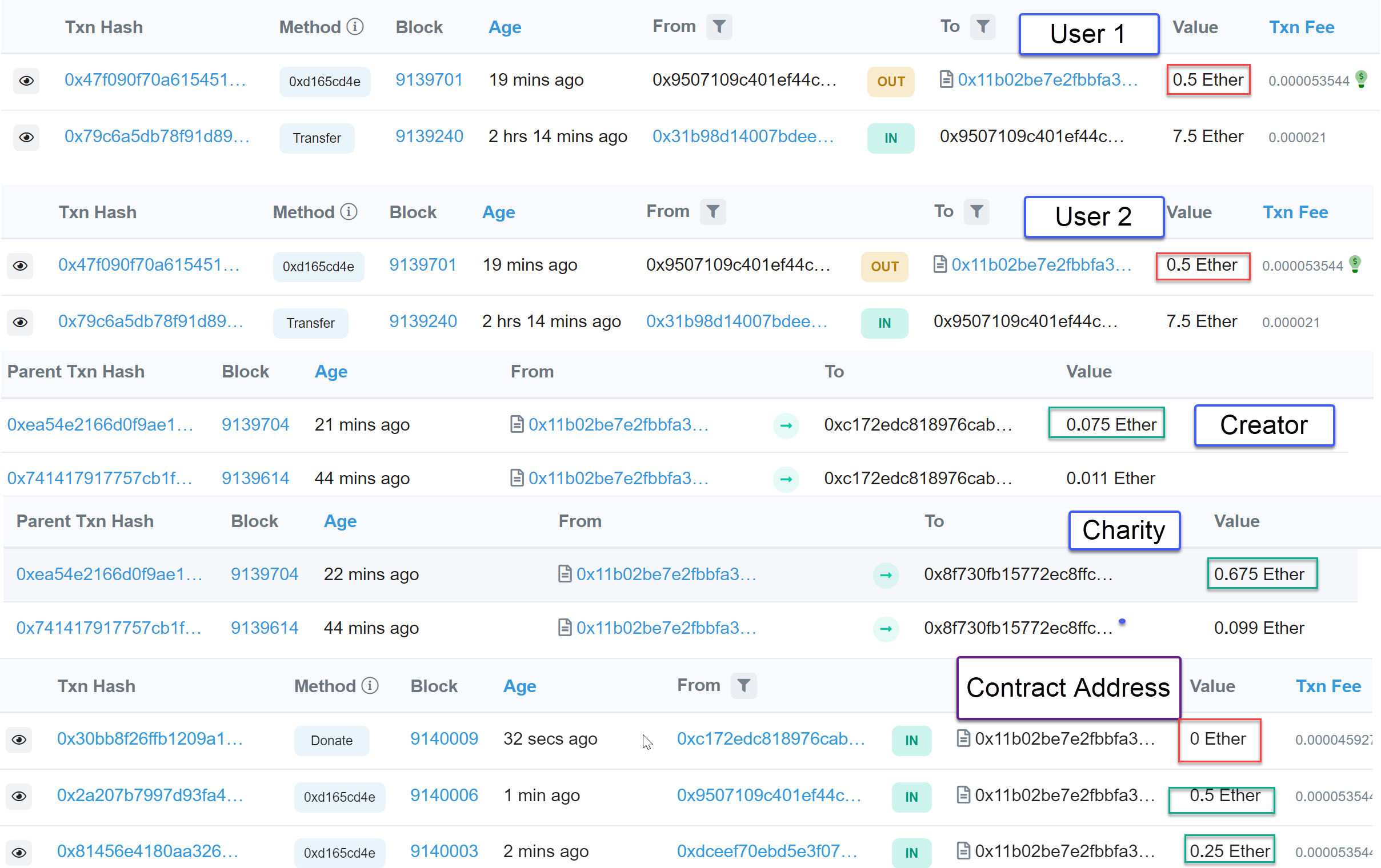 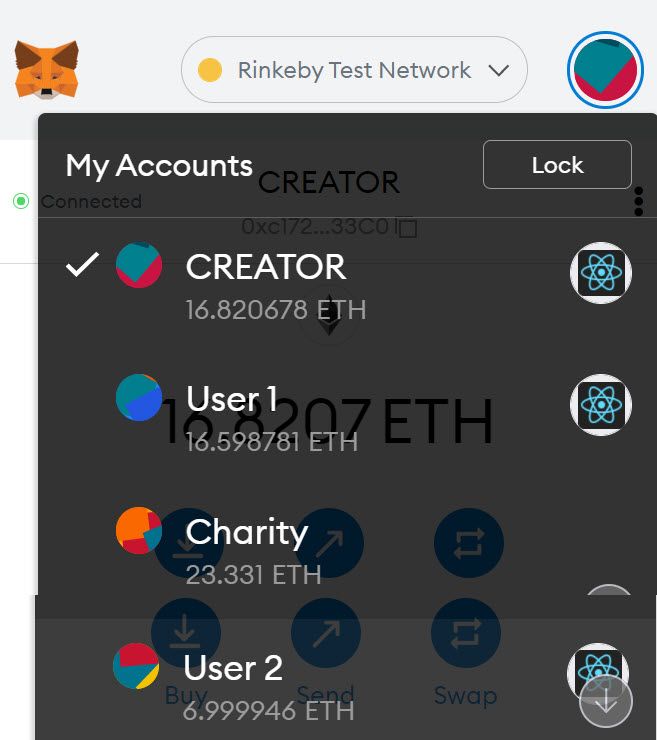 Refer folder: eth->contract is used to deploy the Smart Contract.

This has been a good start for me to understand and explore Cryptocurrency, Docker, Kubernetes, and their tools such as Kompose and ArgoCD respectively. Still working on my fundamentals, trying to draw a picture with Coding and exploring CI/CD.

This is a prototype type built as part of learning. Bugs do exist. Coding standards, Authorizations and Performance are important and essential aspects for any application development which are not considered as part of this Prototype.

Both technologies coming together 😉 DLT & AI - this is really cool! thanks for sharing!

Very nice combination of topics - I needed to read over it twice to follow all of its ideas 😅! 👏

Your blog really helped me to give it a closure.  Thank you for sharing.