With IBM Db2 11.5.6, the Db2 CLI client provides a new “query block prefetch” feature (not to be confused with the Db2 prefetching features on the database server side). In this blog I would like to explain how SAP ABAP stack systems can benefit from this new feature and how it can be activated.

The Importance of Low Network Latencies for Database Response Times

The new Db2 CLI query block prefetch feature helps to reduce the effect of network latencies for SQL queries with a large result set. I will describe all details in the following sections. For simplicity in the following the new feature will be called “CLI query prefetch”.

CLI query prefetch does not help with SQL queries with a small result set or with writing SQL statements. Therefore, monitoring of network latencies will continue to be important. 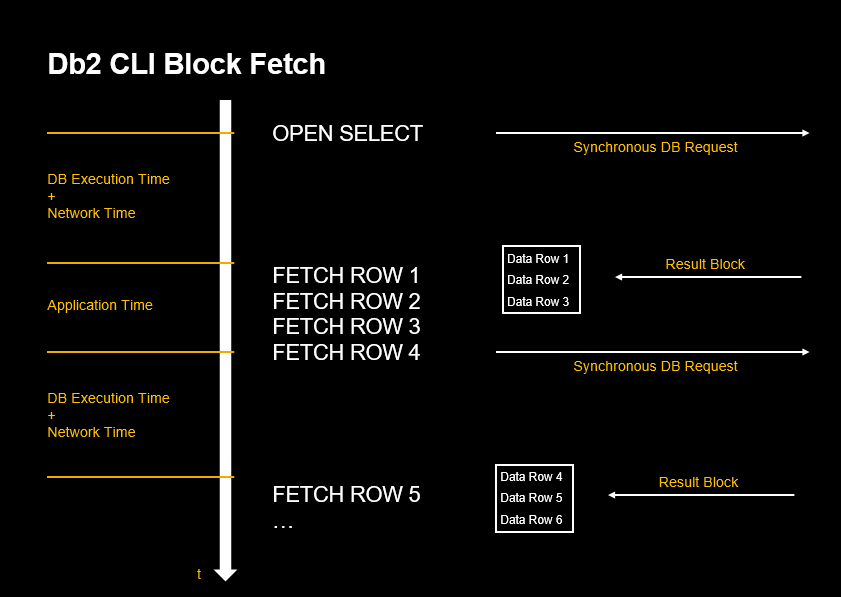 The diagram above shows how the standard block fetch mechanism of the Db2 CLI client works:

The Query Block Prefetch Mechanism is a new Db2 CLI client feature. The client will automatically request a new result block in the background whenever a result block arrives, and the result is not yet complete. 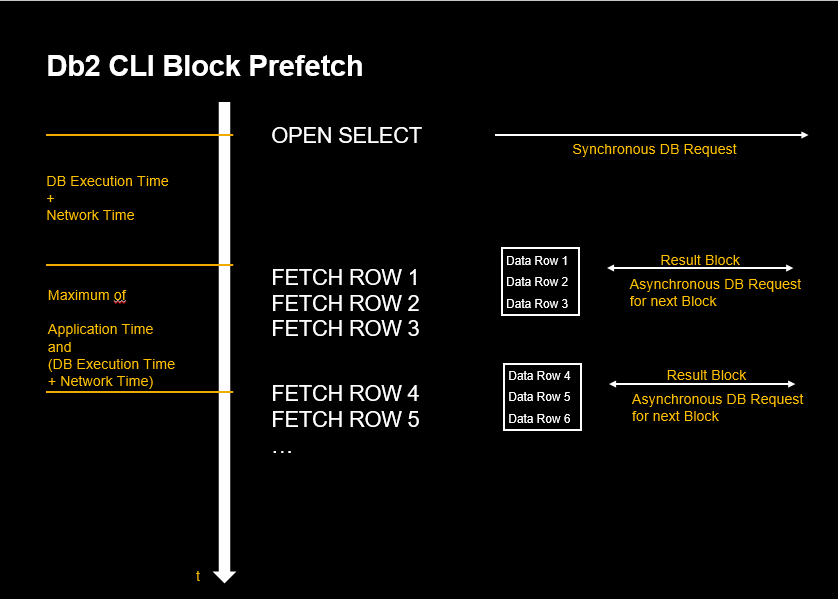 Db2 CLI will not enable query block prefetch for result sets containing LOB values. So, you won’t see any performance difference for such queries.

CLI query prefetch can come with a slight performance penalty when the application executes and fetches from multiple cursors in parallel, such as in this example

In such cases, the OPEN of the second query will have to wait for the database server to return the second result set block for the first query. CLI will automatically disable query prefetch for the following result set blocks of SELECT1 in such cases. This slight performance penalty in rare cases should be easily out weighted by the performance win in other cases. (In the example above, both queries could benefit from Query Block Prefetching if they  were executed on different connections. The collision only happens because one connection used only one communication socket.)

To enable CLI query prefetch, you only need to add the key QUERYPREFETCH=1 to your db2cli.ini file. Db2 11.5.6 or higher is a prerequisite for using Query Block Prefetching. You must use the Db2 11.5.6 SAP build listed in SAP Note 101809 because this build contains some last-minute fixes for CLI query prefetch.

The DBSL shared library may set QUERYPREFETCH=1 automatically in the future. However, since CLI query prefetch is a new client feature, we would like to collect some more feedback before setting it as a default. All standard Sap test scenarios have been tested with QUERYPREFETCH=1 and no regressions have been found. On the other hand, significant performance improvements have been found in some scenarios. 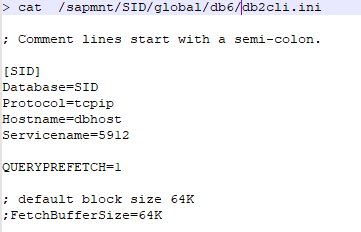 Here’s the result from an SAP-internal test of CLI query prefetch that we ran on an SAP BW system: 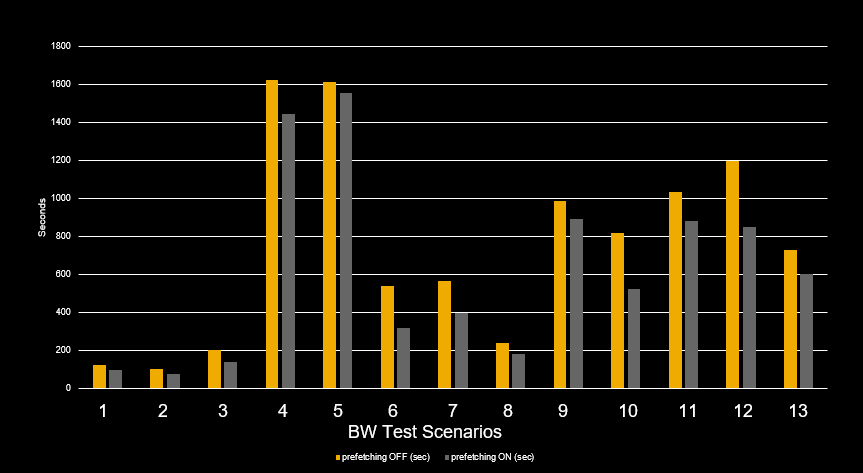 Test Scenarios shown in the diagram:

In the diagram, orange bars show the test duration with normal query block fetch. Grey bars show the test duration with CLI query prefetch. The first good news is that all grey bars are shorter than the orange bars. In some scenarios, the performance difference is relatively small, maybe because these scenarios execute more SELECT SINGLE statements or execute a mixture of SELECT and INSERT/UPDATE/DELETE workload. In other scenarios, the performance win is larger (up to 40%).

The tests were done on an application server with medium network roundtrip times of 0.2 – 0.3 ms.

Query block prefetch is a very promising new feature of the Db2 CLI client available as of 11.5.6. All tests in the SAP lab environment with the new feature have been positive. I suggest that you try to enable the new feature in your SAP system running on IBM Db2 on Linux, UNIX, and Windows after you have upgraded to Db2 11.5.6.

As always, feel free to provide any feedback.

When I recently explained the query block prefetch feature to a colleague we came up with an analogy involving a bar and a beer order. I would like to present this analogy here 🙂

You enter a bar and order a beer. After the waiter serves the beer you take your time to drink the beer and afterwards you may want to look for the waiter to order a second beer. And so on ...

After an analysis we found that the intermittent problems were related to SELECT ... WITH HOLD cursors with frequent COMMITs while the data from those cursors were fetched. The problem turned out to be caused by a defect in the Db2 CLI client which will be fixed in 11.5.7.0 SAP5 .

The reported SELECT ... WITH HOLD problem scenario is not common but to avoid it completely, we recommend using at least Db2 11.5.7.0 SAP5 or higher when activating the new query block prefetch feature.