In SAP IdM there are 3 types of repository constants that can be defined on the repository type level. There are various scenarios, where these 3 types are applicable. Since the official SAP documentation is covering only the theory behind, in this blog post we would like to have a more practical approach on the topic.

As mentioned in the SAP Official documentation, repository constant is specific for each repository of the repository type, for which it is defined. Usually it is visible in the SAP IdM Admin UI, but not always, as we can see in the following example.

EXAMPLE 1.  You create a constant of type Repository Constant with name REP_CONSTANT. 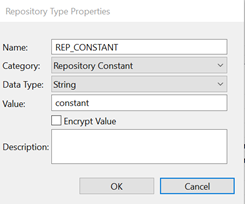 In the following screenshot you can see a repository, which existed before the creation of the constant:

Then another repository created after the declaration of the constant: 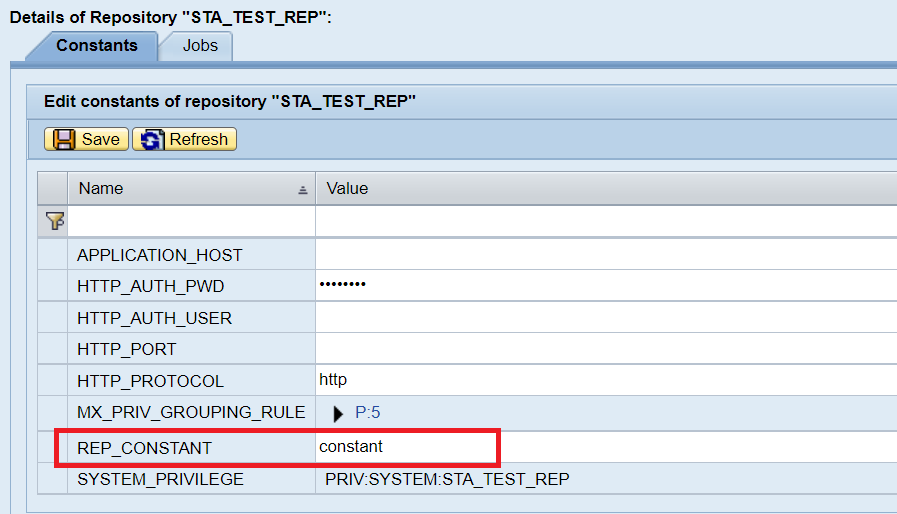 EXAMPLE 2. We are creating a constant of type ‘Repository Type Constant With Override’ named REP_TYPE_CONST_WITH_OVERRIDE: 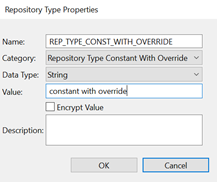 Here, if we compare the new constant with the ‘Repository constant’ from the first example, the new  constant will be visible in all repositories for this repository type no matter of its creation date: 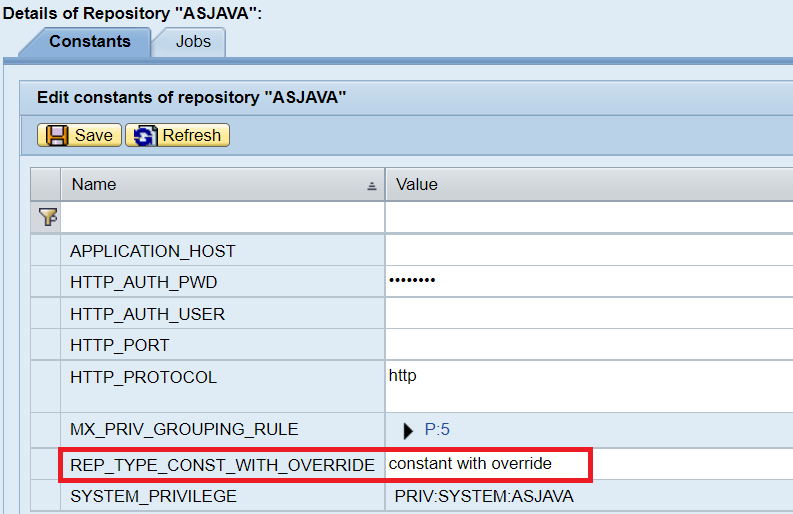 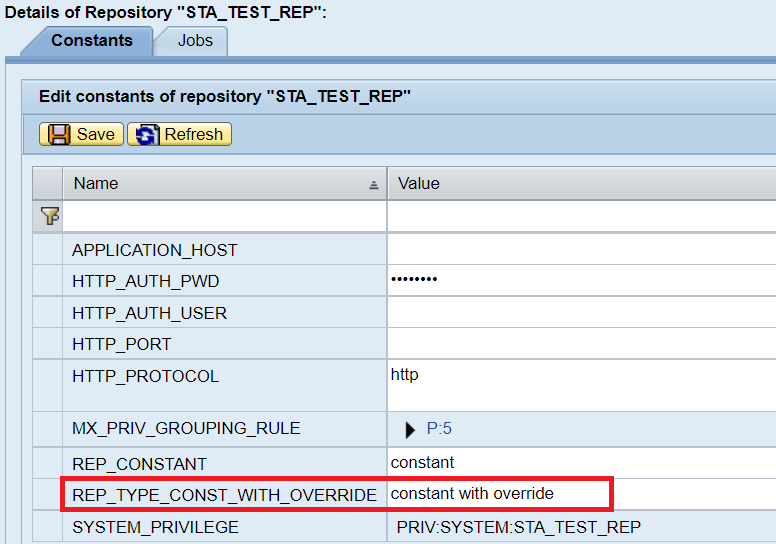 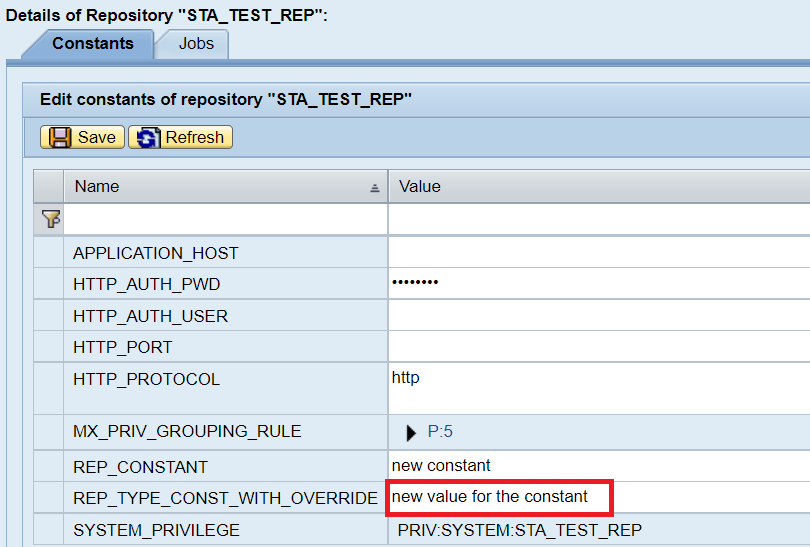 The constant will remain unchanged:

Following this example, if you change the value in the Developer Studio, the changes will automatically be applied to all unchanged repositories in the Admin UI. 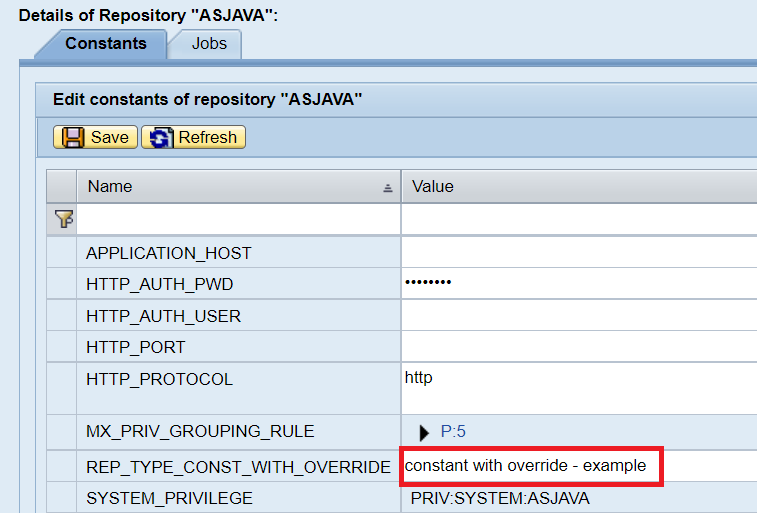 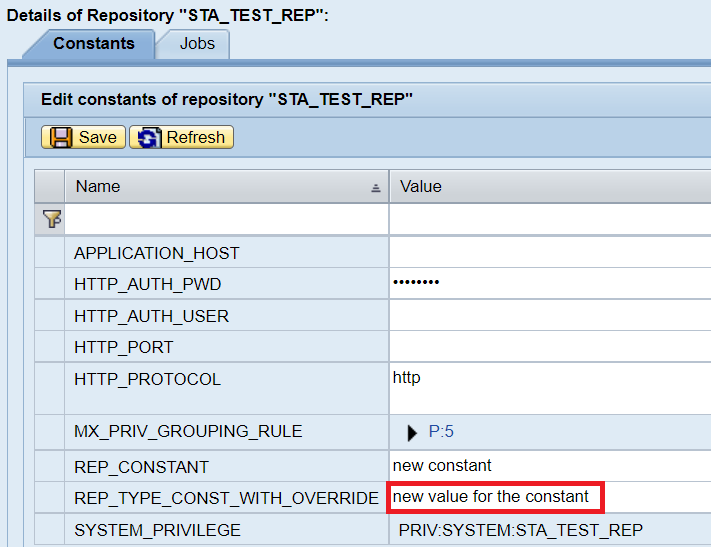 The following graphics give a better overview of the explained topic:

Then we add new constants to the repository type and we create another repository (Repository2) after that: 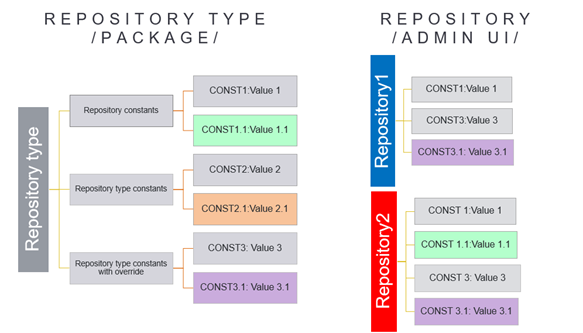 In this blog you learned more on the topic of repository type constants – how they are used practically and what is the difference between the 3 types. Using a well-balanced combination of the above-mentioned constants could give you a very good maintainability for even the most complex SAP IdM projects. I will be more than happy to hear from you how you use this concept in your ongoing implementations and what is your impression from the blog post in the comment section. Additionally, if you would like to share additional scenarios or ask question, do not hesitate to do so.