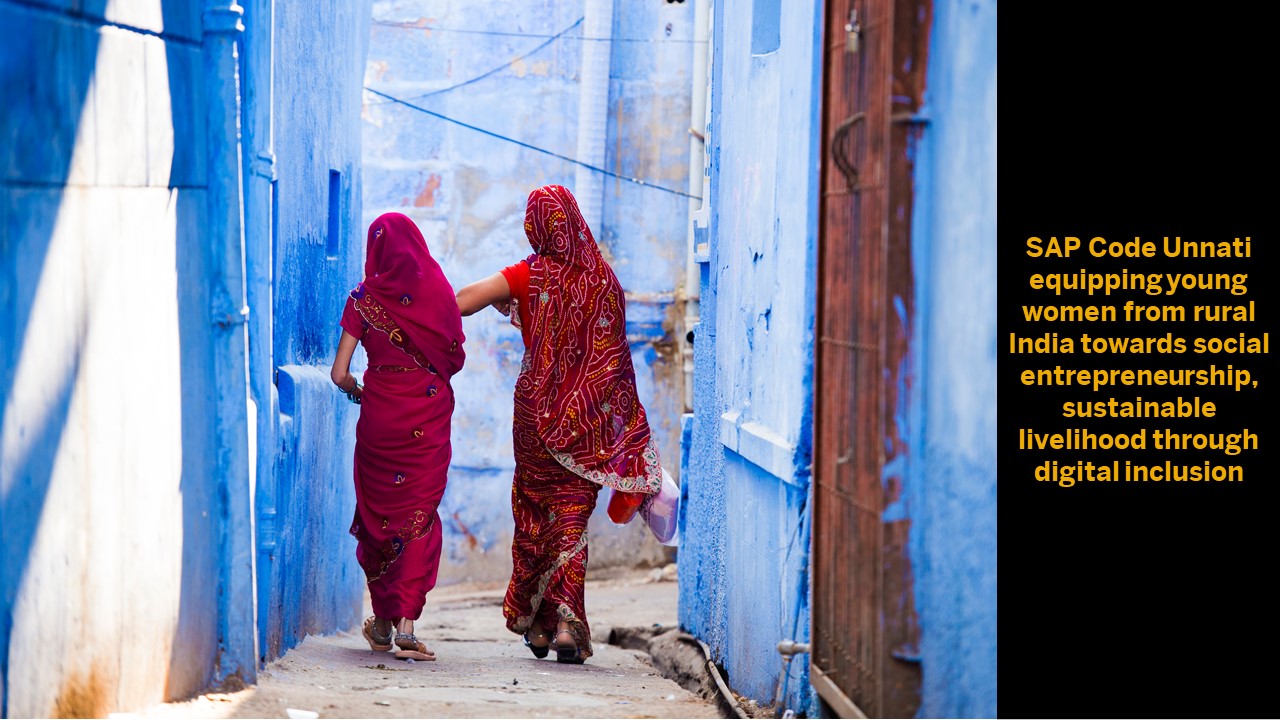 It is not every day that one sees a woman who drives businesses in rural areas, while creating meaningful employment opportunities for other community women. There are many jobs, which are generally perceived to be the domain of men as they require physical strength, long working hours or simply the men would have had the opportunity to acquire certain skills and/or ability & “social status” to connect with other stakeholders in their communities. However, Shravani Pawar thinks the opposite. She believes that work is work, irrespective of gender, and it should not define one’s choice of profession.

Shravani Pawar is a well-known social-entrepreneur from the Hubbali district of North Karnataka. She is the founder and chairperson of Safe hands 24 x 7. Shravani did her Bachelor’s in social studies from Hubbali, Karnataka. She also did a fellowship to acquire necessary skills & competencies to pursue her own passion, through her social entrepreneurship endeavor. She has received the ‘Amazing Indian’ award from Times Now and is also an acclaimed TEDx speaker.

Shravani established Safe hands 24 x 7 in 2009 when she was only 23 years old. She was on a unique mission to employ and train rural women from weaker financial and social backgrounds to be security guards. She faced several hurdles when trying to establish her start-up in the male-centric industry.  However, she was determined to achieve her mission and worked hard to achieve success.

One of the significant challenges faced by Shravani was changing the mindset of people. Many families felt that women could not work as security guards wearing a man’s dress – pants and shirt. Women in rural households are expected to do their household chores wearing a saree or a salwar kameez with a dupatta. They were baffled by the idea of women wearing pants and shirts. Even women felt alien to the concept of wearing a man’s dress and refused to work with Shravani. After consistent efforts, Shravani succeeded in persuading few women to be a part of her venture. They were educated about the benefits of social and economic independence, which convinced them to sign up for the training.

Ex-servicemen of the Indian Army trained these women. They underwent physical and mental training to be alert and responsible security guards. They are also trained in other aspects such as maintaining record books, CCTV surveillance, observation, reporting, firefighting, first aid, etc. After completing their training, they were employed at the select client base of Safe Hands. Shravani ensured that the women are employed at places closer to their homes to help them take care of their families and their jobs.

Initially, the male guards were reluctant to work with women security guards and a lady boss. They were indifferent to their female colleagues and felt ashamed to take their salary from a woman. But Shravani conducted education and awareness sessions to sensitize the male guards about gender equality. After several efforts, things changed for the better.

Safe hands have trained more than 1000 women to date. These women come from various districts across Karnataka, such as Hubbali, Bellari, Belgaum, Gadag, Haveri, Raichur, etc. They work as security guards at malls, hospitals, commercial establishments and educational institutions. Most women security guards are now confident and ask for night shifts, like their male counterparts. They feel that night shifts are better suited as they can complete their family responsibilities during the day. These women are deployed at safe locations such as ladies hostels, hospitals, and ladies guesthouses.

Shravani says that society finds it hard to accept women in leadership positions. Women are expected to take care of children and family responsibilities before venturing out of the home. We have to create an ecosystem that nurtures women’s leadership qualities and provides opportunities to showcase their skills. She stresses that creating awareness about gender stereotypes is the only way to destroy them. Society will change only when women take charge and perform without any hesitations. They have to break the glass ceiling and take on leadership roles to set an example for other women. Awareness and positive examples help to build confidence and motivate others to follow them.

How Code Unnati is shaping the social entrepreneur in rural areas?

The successful entrepreneur is happy to be a part of Code Unnati. She feels that the training through series of webinars on Digital Literacy, Entrepreneurship and building sustainable livelihood opportunities help improve awareness, nurture the entrepreneurial spirit in rural women and create more women leaders.

“Don’t limit yourself by the other’s opinion; you have to take charge when you decide to do something. Always your destiny  should be by your own decision.” – Shravani