In this Blog I will be covering how to set up TEST System and how the Objects can be moved from DEV system to TEST System using GitHub. Below listed diagram explains my scenario.

Key steps to achieve the use case are listed as : 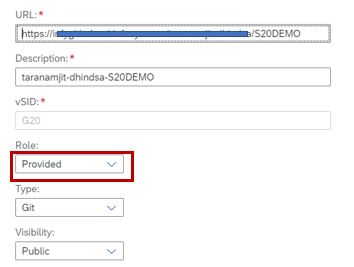 In TEST System when we were doing Clone Repository ; it was going into below error

We upgraded the TEST System Kernel to the latest patch, and it resolved the issue.

2. Push the Objects to GitHub: Now when Git Enabled TR is released in DEV system / You manually push the objects from gCTS app in DEV System; objects will be moved to the GitHub Repository (In our case it will be available in the Master Branch)

3. GitHub Repository: Now when the commit happens in your Master Branch in GitHub; pull will be triggered in the TEST System.

4. Pull in the TEST System: Contents from GitHub to TEST System are moved in form of Transport of Copies (TOC) where you TR number will start with Virtual System Id vSID* that was given while creating Repository.

All imported TRs will be available in transaction STMS_IMPORT as well

Example below TR is the TR that got imported into my TEST System AND it starts with G20* which is vSID .

So in this blog post I have covered simple use case pf Push and Pull scenario using gCTS. Since it’s just beginning; I am sure lot more to discover when we will implement end to end CI and CD framework.

Please do share your learnings while working on CI and CD Set up in S/4HANA.

Quite informative . Thanks for sharing ..

Thanks for sharing ; please do share your experience of working with CI and CD pipelines as well