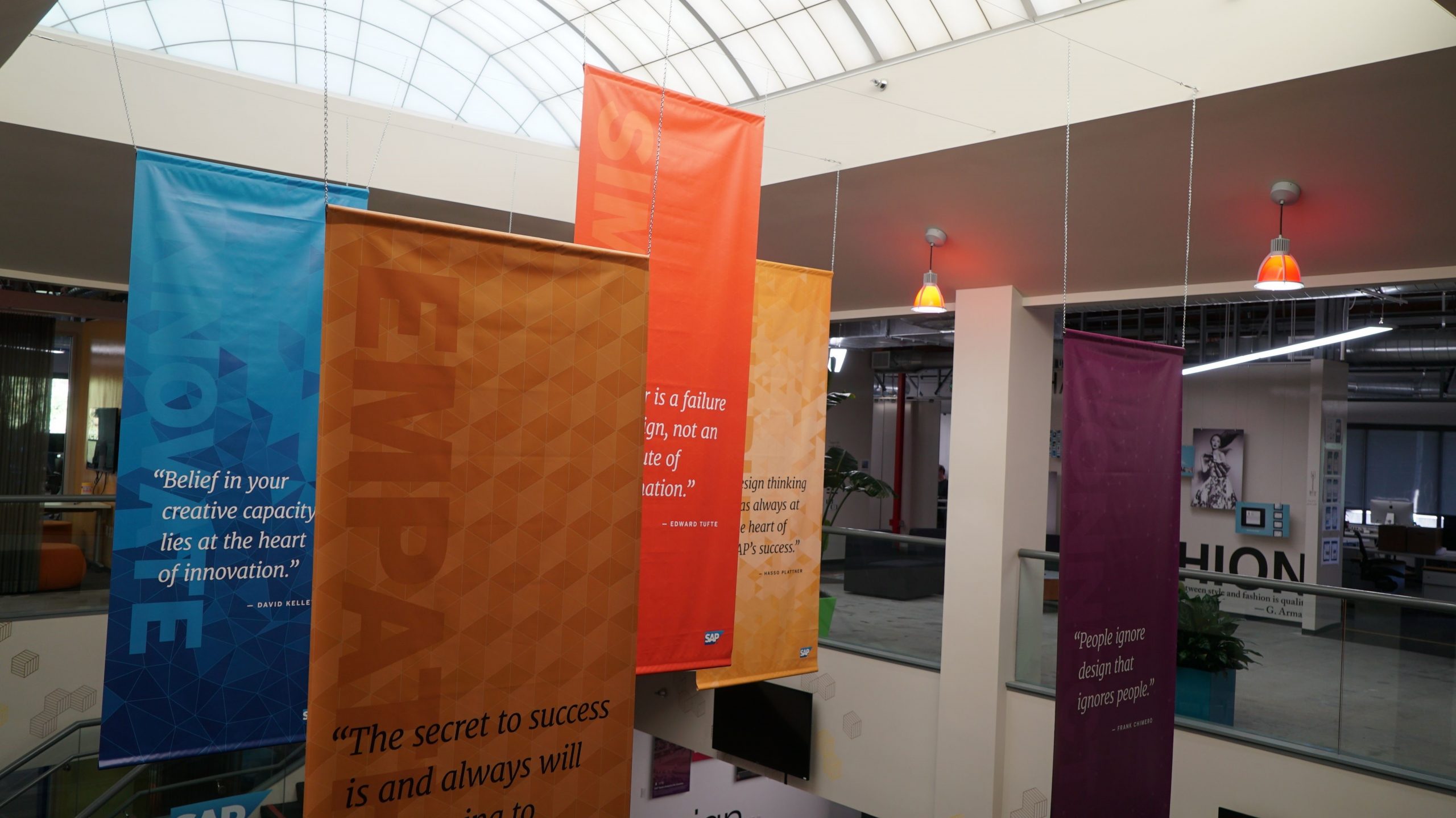 SAP is a global company and the scope of our design teams reaches far and wide. In our Behind UX and SAP Design series, we home in on some of our locations and give a glimpse into the working and cultural life there. Today, it’s about Palo Alto, California!

California’s Silicon Valley most likely rings a bell: technology, innovation, and futuristic might be just a few of the words that spring to mind when thinking of the birthplace of HP and Facebook, as well as a multitude of start-ups hoping to become the next tech world pioneers.

Less well known is that Silicon Valley is actually a region encompassing several cities. One of which is Palo Alto, home to one of SAP’s many global offices and where some of our SAP UX and Design teams can be found. From having conversations with four of our UX and design colleagues, I learned what drew them to the Bay Area, their backgrounds, and more specifically, what it’s like to work in enterprise UX and design roles.

The diverse backgrounds of our SAP UX and Design colleagues

For Senior UX Designer, Sophia Lay, her journey to SAP UX started with a summer internship back in 2013, right before finishing up grad school. She loved the team, and she was offered a full-time position soon after. Sophia’s background lies in the social sciences, having studied sociology in Taiwan, which led to her developing useful user research skills in combination with product design.

Olga Martynchik likewise has a degree in graphic design, and first encountered SAP at her university’s end-of-semester event for graduates of the arts faculty. The event was an opportunity for the freshly graduated to showcase their work and where various companies attend to see the students’ portfolios and talent-scout. Olga took the business card of an SAP employee at the event, which sparked her interest in applying to SAP. Her professor also encouraged her to reach out about job opportunities, and now it’s been a happy six years working in a team of UX designers.

Dan Watters is the lead for the user research team in Palo Alto. Prior to joining SAP as a UX designer ten years ago, Dan studied industrial design and cut his teeth in toy design. He then went on to work as a freelancer for some time before joining Motorola. Now, his work at SAP centers on conversational UX topics to take chatbot design to the next level, as well as providing design consulting to other teams.

I asked Sophia, Evan, Olga, and Dan to share a bit more about their personal perspectives on UX design.

How do you and your team help contribute to an improved user experience for enterprise end users?

Sophia: “UX designers are like a guide to the whole company, in that we guide the product teams to really look into the product from the end user’s perspective”.

Olga: “We are very keen on research, it’s the most important part of the design. It’s at the core of everything that we do, so we can understand what the user wants, how they use products, and what they also might not like. Only in this way we can create the best possible experience for users.”

Dan: “We test and evaluate different SAP Fiori design patterns as a team creates them. That means we will test them with users and help try to validate what is the best design. This builds on the knowledge we acquire prior to the creation of the product, where we research the market industry and the direction its heading in, and research “a day in the life” of our users.”

What makes you proud of the work you do in SAP UX and Design?

Sophia: “I will say in general it’s thinking about how your efforts will in depth – and directly or indirectly – impact so many people in their efficiency of work and how that translates to realizing SAP’s mission. We’re impacting not only individuals, but also society on a larger scale.”

Evan: “With enterprise software the UI tends to be really complicated, so we try to reduce the cognitive load for the end-user. I think about accessibility, color, contrast, touch target size – especially for mobile. That’s very important and being able to simplify something that is very complicated into a valuable user experience for the end-user is what gives me pride.”

Olga: “When I started out as an intern, I was never treated as an intern. It was never the case that I was just fetching coffee or doing some busywork. The kind of opportunities I had coming my way were always designed to make me grow into a teacher and for me to become a better designer. I’m also the owner of the UI kit, so I’m the main guy for anything that happens there. I really like this environment where I’m responsible for things and people look up to me.”

What do you enjoy or look forward to working on in particular?

Sophia: “I’m very excited about my current project, the conversation user experience guidelines. Conversational routines and building the personality of a bot are still a young design area and very different to the traditional graphical user interface.”

Evan: “I would be excited to work on something product-related next, like an app. We’ve seen some great successes right now with the Corona-Warn-App, they’ve even been given the IF Design Award 2021. I look at that and I admire their work and how polished the user experience turned out.”

Dan: “We hope to do more around our user research advocates program. This means we’re involving field-close designers and product owners to scale research more effectively and let them know where they could apply it best themselves. That program has been super engaging and interesting, and it’s been really great to see the high interest in respective training sessions we’ve done.”

Living and working in the pandemic

No longer being able to go to the office has meant a lot of adjustments for everyone, our SAP UX and design colleagues included. The Palo Alto office space was particularly suited for fostering a creative work environment. “It’s a very open floor plan providing a really easy way of collaborating and working across teams,” says Dan. “You can just sit together and sketch something on a whiteboard, leave it up and come back and add more things to it.” 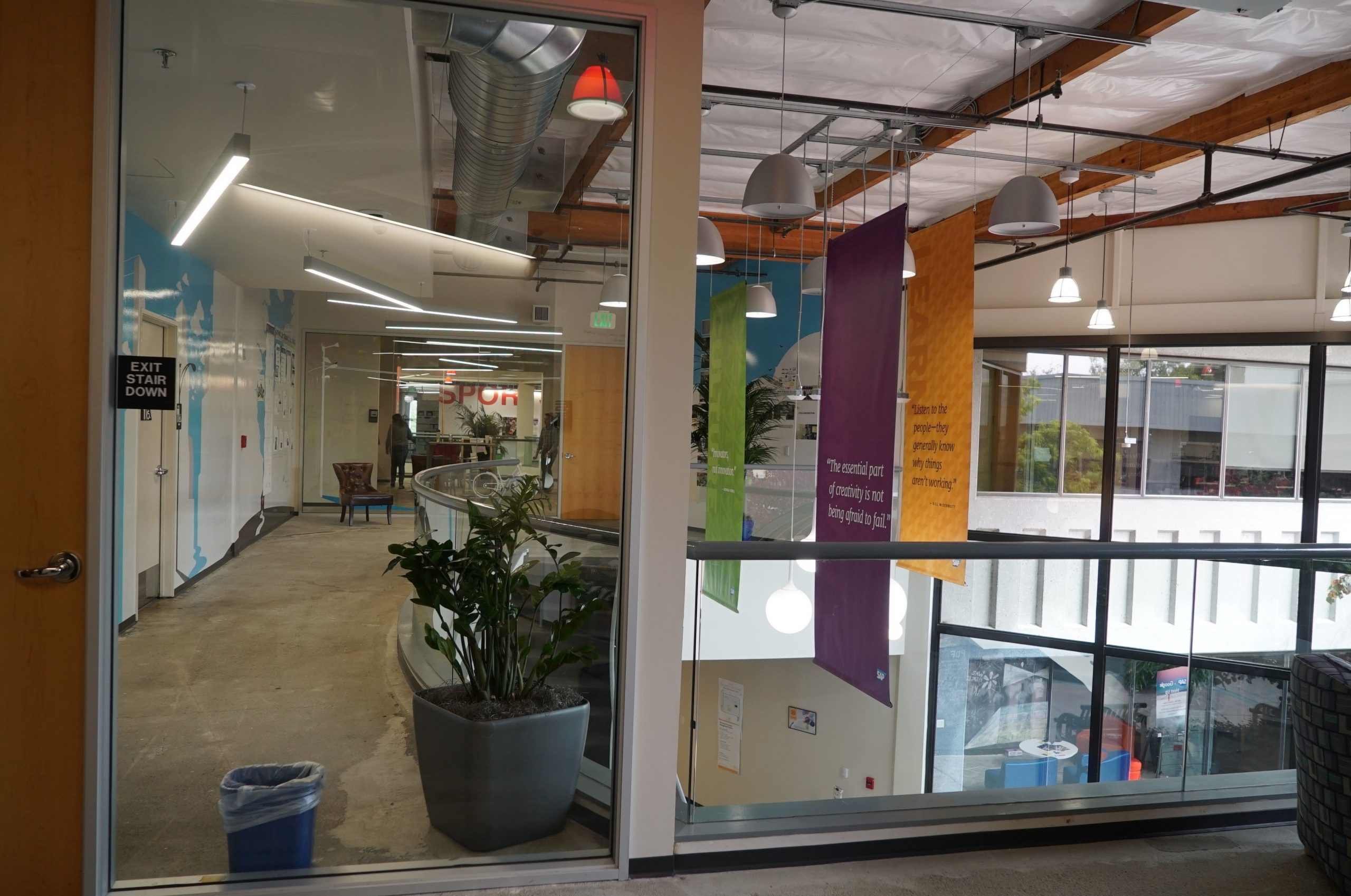 Finding new means and methods of collaborative working led Evan and his team to using Figma. “Figma is a live cross-collaboration tool and it’s actually pretty seamless. Everybody comes to the same file and we’re able to see each other’s work and people working in real time. I was a bit skeptical at first because we were using Sketch and I love Sketch. But Figma has been a game-changer during the pandemic.”

More home office certainly has its downside, but for Olga, skipping the commute to the Palo Alto office from her home in San Francisco has meant more time spent with her furry friend. “I definitely enjoy my beautiful city, and I have this humongous dog, Tychon, that needs walking. I really enjoy being able to get out more with him.” Evan also enjoys taking his cat, PuPu, out for a stroll right after he finishes his workday. 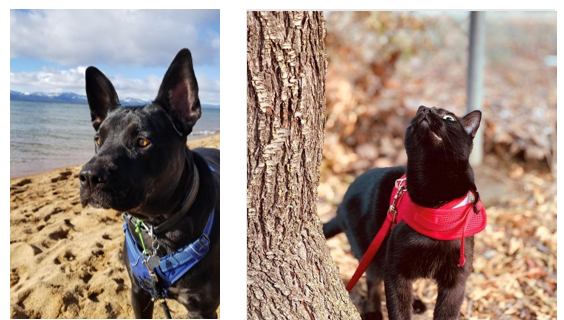 Tychon on the beach (left), and PuPu out and about exploring (right)

All that Palo Alto has to offer

Palo Alto has a lot to offer, both inside and outside of the office. This particular SAP location is renowned for its canteens, particularly the Indian food served in one of them – but our colleagues in Bangalore would have to be the final judges of that. The campus is also situated in an area of outstanding natural beauty, striking the perfect balance between tech and nature.

“It’s a very beautiful area, so our campus is absolutely drop dead gorgeous,” explains Olga. “Sometimes you’re working and there’s just a deer chilling outside the window, or rabbits. When you walk from building to building, you’ve really got to look down and watch out for little lizards, they’re everywhere. I’ve even seen a tarantula!” 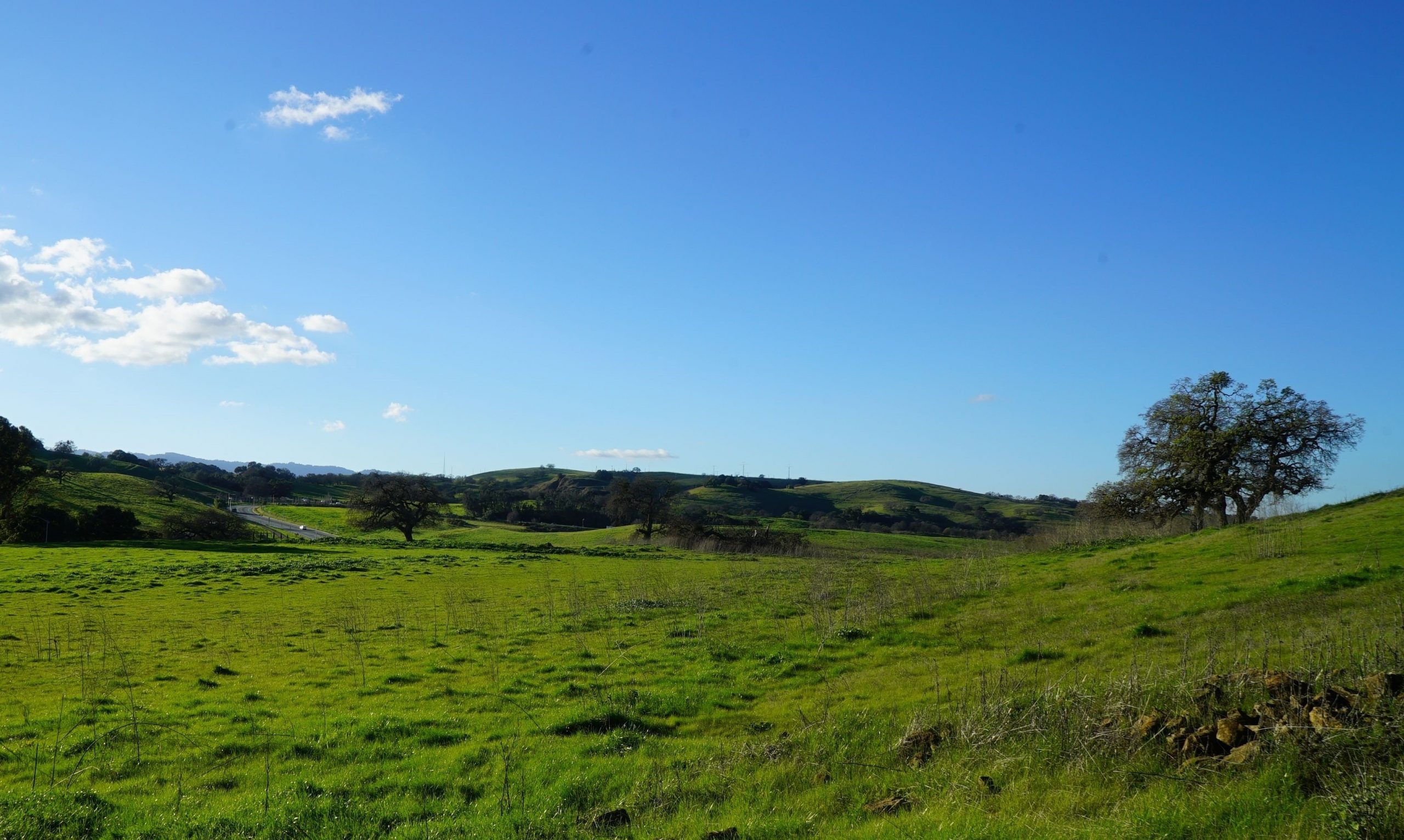 The green hills around the Palo Alto office

Palo Alto also benefits from being an intellectual hub. “There’s a lot of great things about being close to Stanford University, there’s the Stanford d. school for instance,” Dan tells me. The Hasso Plattner Institute of Design at Stanford, commonly known as the d.school, is a design thinking institute based at Stanford University. “Some years ago, I had the chance to be part of a project there. An SAP customer was working with SAP and the Stanford d. school. We collaborated on what we called the digital boardroom of the future and that was something which I don’t think we could have started anywhere else.”

Furthermore, SAP’s presence can be felt elsewhere in Palo Alto. “There’s a really nice coworking space in Palo Alto called It used to be a beautiful theatre,” explains Sophia. “Our team actually designed the reservation system UI”. There’s also a monthly workshop called Design Bites held within HanaHaus centering on UX design and research topics, an initiative pioneered by Dan. “I started the class in cooperation with HanaHaus and lead it. We typically explore a design topic hands on and in-person,” Dan tells me. Currently, Design Bites is taking place in a virtual format, with the recordings available on YouTube.

You might be wondering what the atmosphere is like for the residents of Palo Alto and the Bay Area at large. “It’s like you’re in a tech bubble,” says Evan. “You see these little delivery robots on the side of the road, and a lot of Teslas everywhere. This whole culture of tech is all over the area. That’s something that I admire, you see a lot of innovation and you’re the first one to test it out.”

Many thanks to Sophia, Olga, Evan, and Dan for their contributions to this article.

Be sure to check out the other locations in the Behind the Scenes SAP UX and Design series: Bangalore, Dublin, Vancouver, Sofia and Paris.