The meta information of the rule is defined in the app directly and the implementation is done in an integrated way with BRF+. With SAP S/4HANA versions 1909 and 2020 it’s also possible to reuse the centrally defined business rules in Central Governance, Consolidation and Mass Processing. Typically, you create and govern the business rules directly in your productive system with a status-based workflow. The following diagram shows the process.

Because many customers do not want to maintain the rules directly in their productive system SAP MDG also provides 4 more apps for Exporting and Importing business rules for both domains.

These apps have been shipped with SAP S/4HANA 1909 FPS2. Since version 2020 the export and import support as well the BRF+ artifacts as a zip file.  This means that you can “transport” the complete MDG validation rules from your development system up to the productive system. This process is somehow similar to your normal ABAP developments and customizing transports.

Now with the latest Feature Packs (see SAP Note 3047953) for SAP MDG on SAP S/4HANA 2020 the export/import functionality supports much more BRF+ expression types such as “Formulas”, “Function Calls” and “Procedure Calls”. This enhanced support of BRF+ expression types for export/import is quite important for customers who have more complex validation rules. Many of my customers at least use BRF+ function calls to logically separate parts of validations to be able to reuse them in many different rules.
The following diagram shows such a fragmentation of rules. 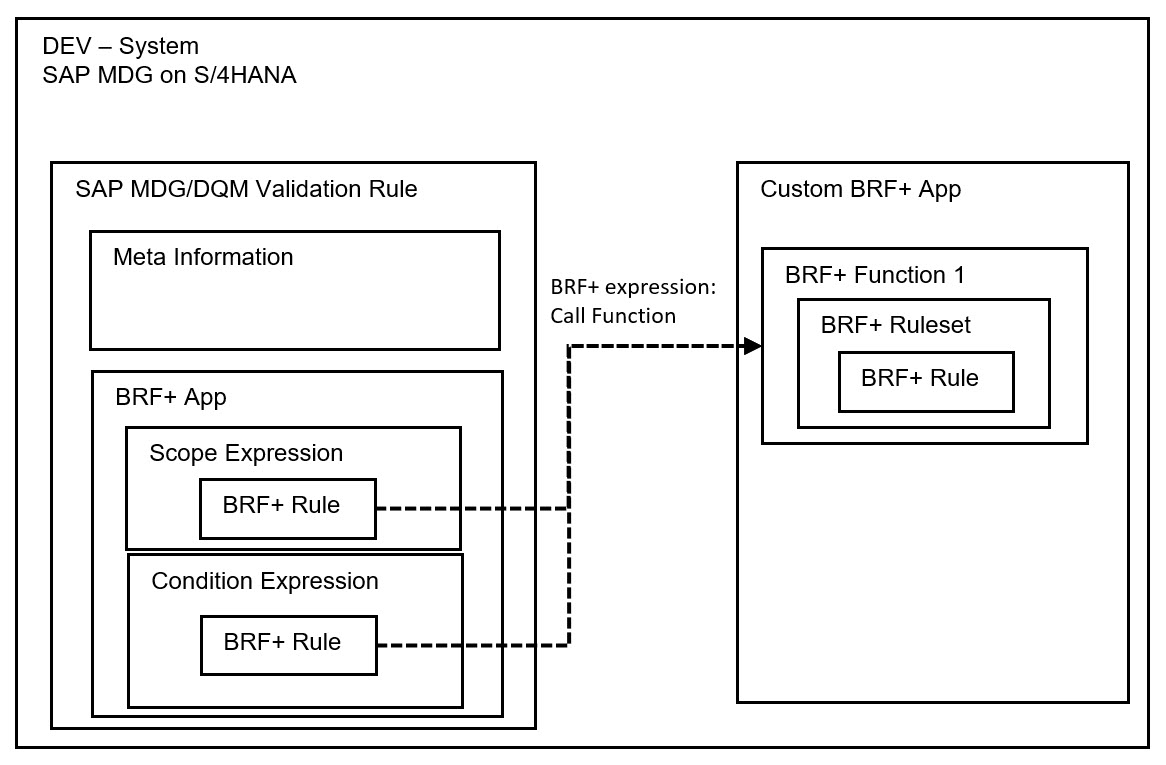 If you want to transport such an implementation to a productive system you need to make sure that the custom BRF+ App is transported in advance to the MDG Validation Rule because the MDG App “Import Validation Rules” will check if the called custom BRF+ App exists in the target system. Because of that I recommend a process like shown on the next diagram. 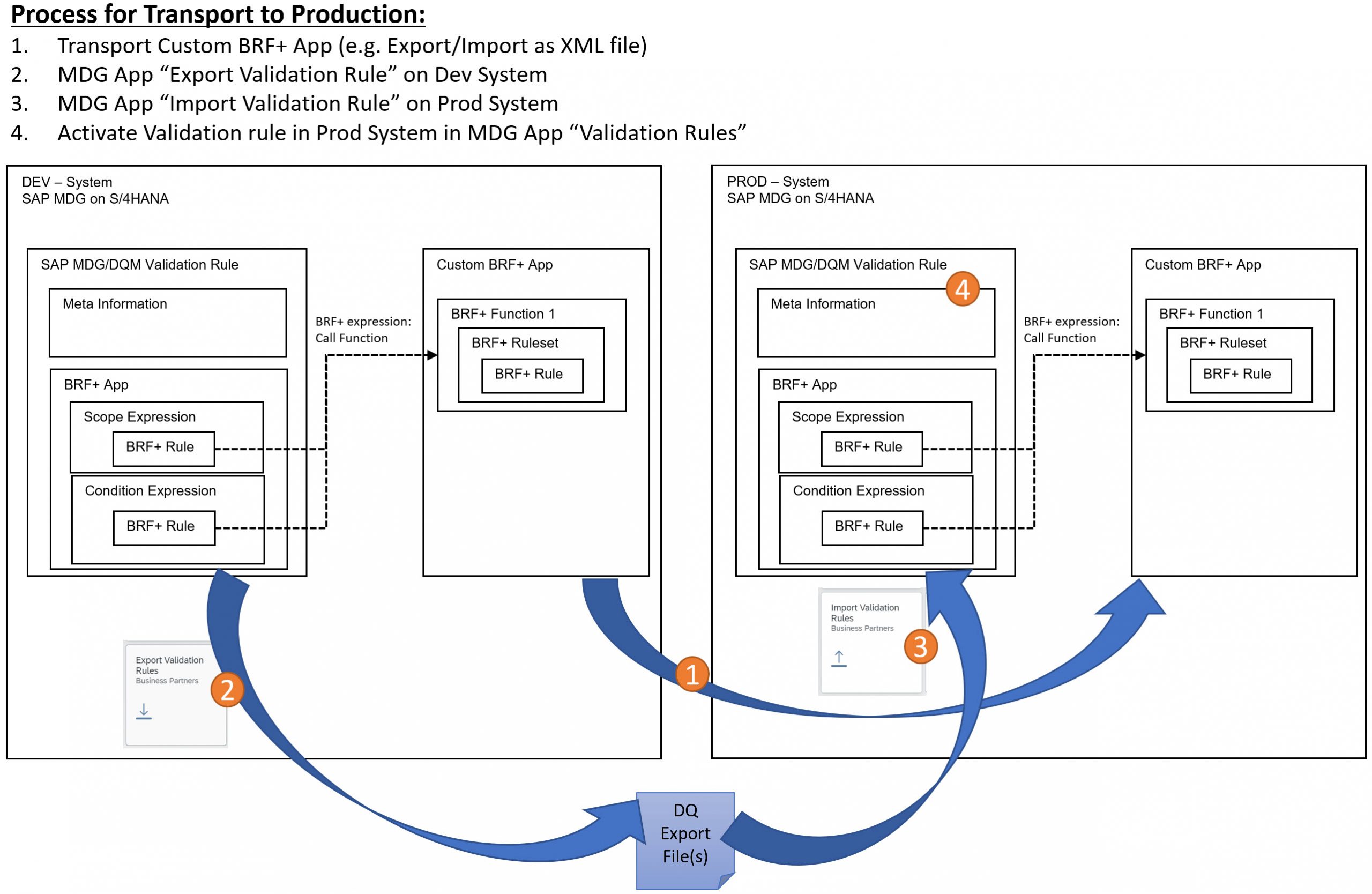 Thanks for sharing such a useful information. It is crisp and self explanatory.

One small observation:-I think there is a typo at step3 of image "Transport Validation Rules with Export/Import Apps" , Fiori App should be used as import Validation rule and not export. Please suggest.

Thanks for the hint. i have corrected the error on the screenshot/diagram