Code reusability is one of the strongest feature of any tool. Earlier SAP Cloud Integration was lacking a prime feature of script reusability like we used to reuse the objects of different software component versions in SAP PI/PO. Till now we were creating same script in many flows as Scripts were referred locally by an Integration flow. We were keeping redundant code on the server like logging payload/headers etc.

But now this issue has been addressed in SAP CPI and script reusability feature is available in Integration Suite to avoid redundant script writing. We can create multiple scripts under one artifact ( script Collection) and that can be called in multiple packages/integration flows

This blog will illustrate the steps to create a script collection and using the underlying script in any package/integration flow.

Step 2: Put the name and description of the collection 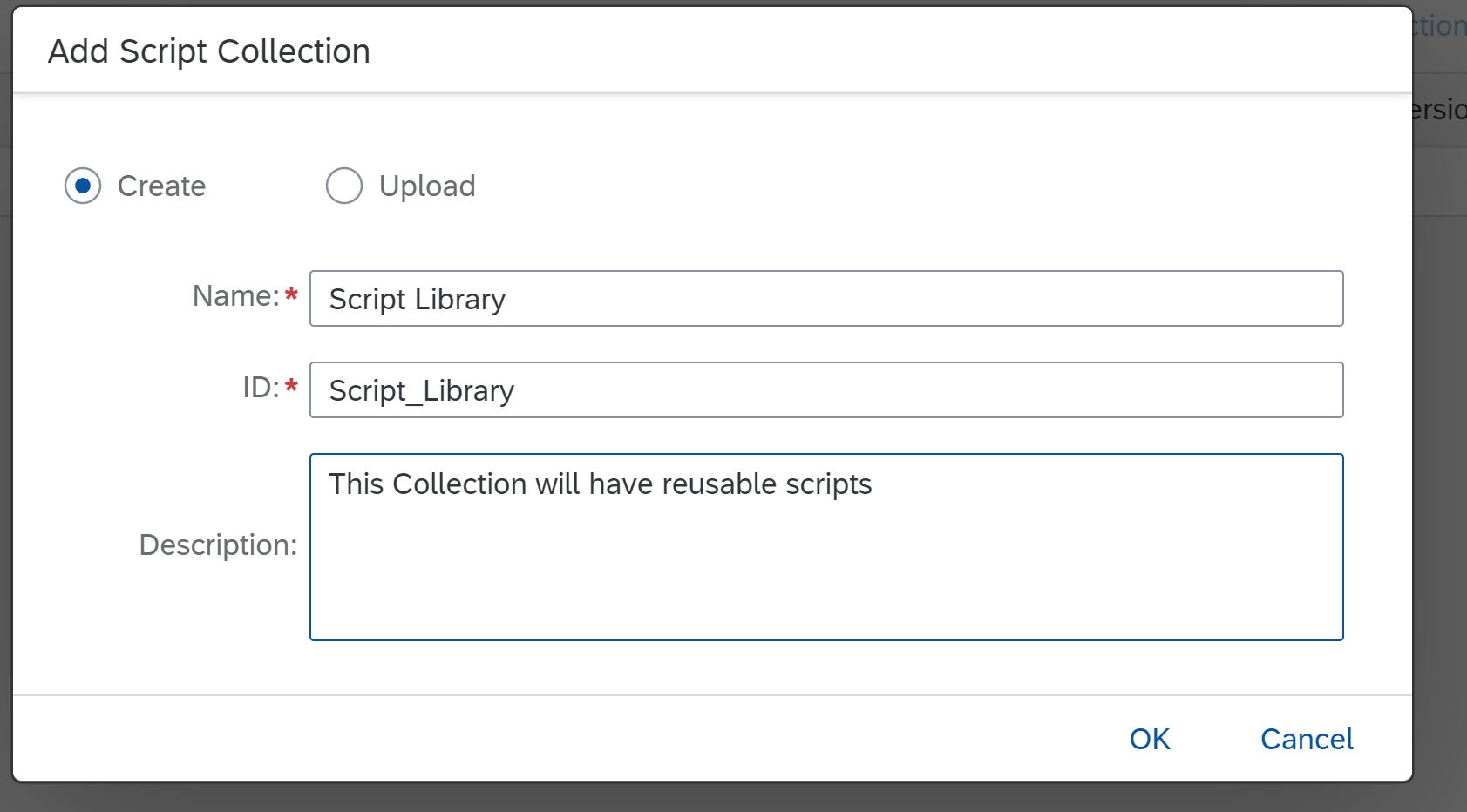 Step 3: Click on Script collection & edit. Create the Groovy or Java Script repository under this artifact.

Step 5: Save and Deploy the artifact.

Step 6: Go to Integration flow where you want to use script collection. Click on Resources tab. Under that References and Add References. 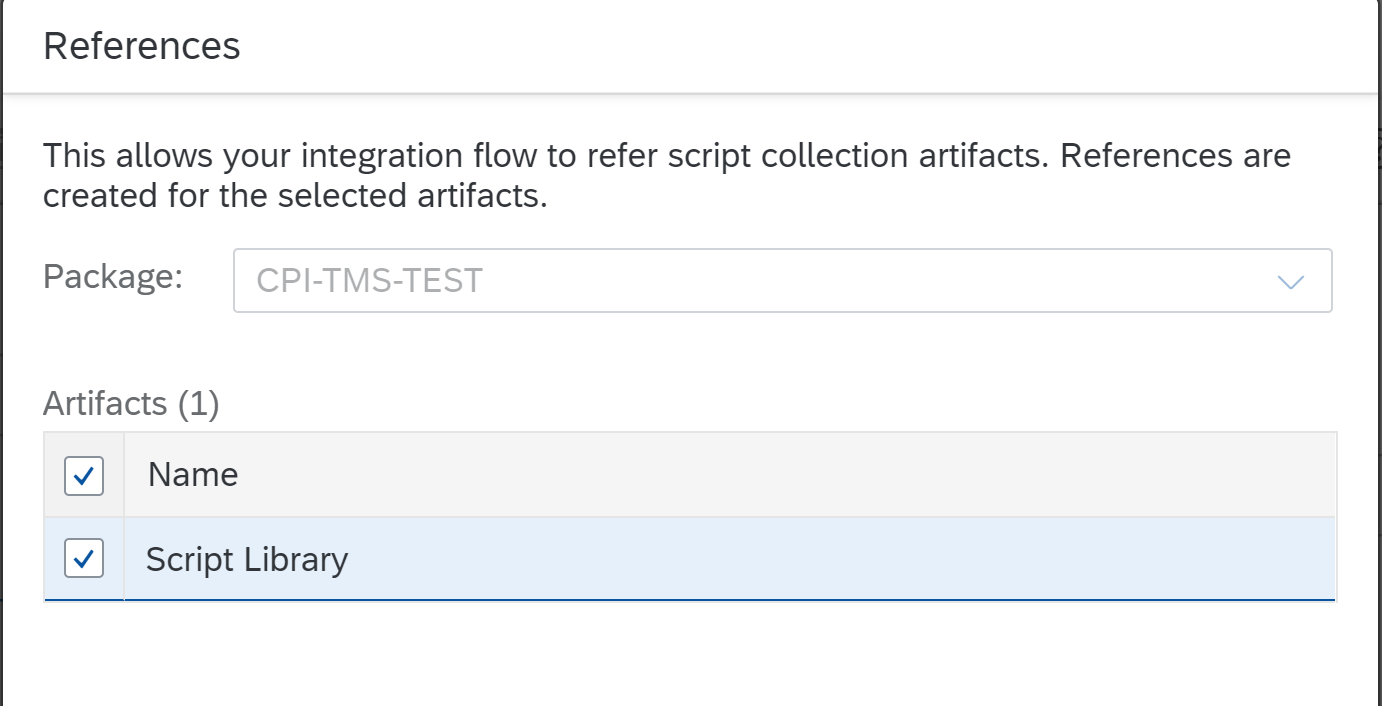 Once library is added. It will be visible under reference tab. You can see the package name once you hover the mouse on collection name.

Step 8: Now simply add Groovy/Java Script palette and assign the script from reference tab. It will list down all the scripts available in script collection artifact. 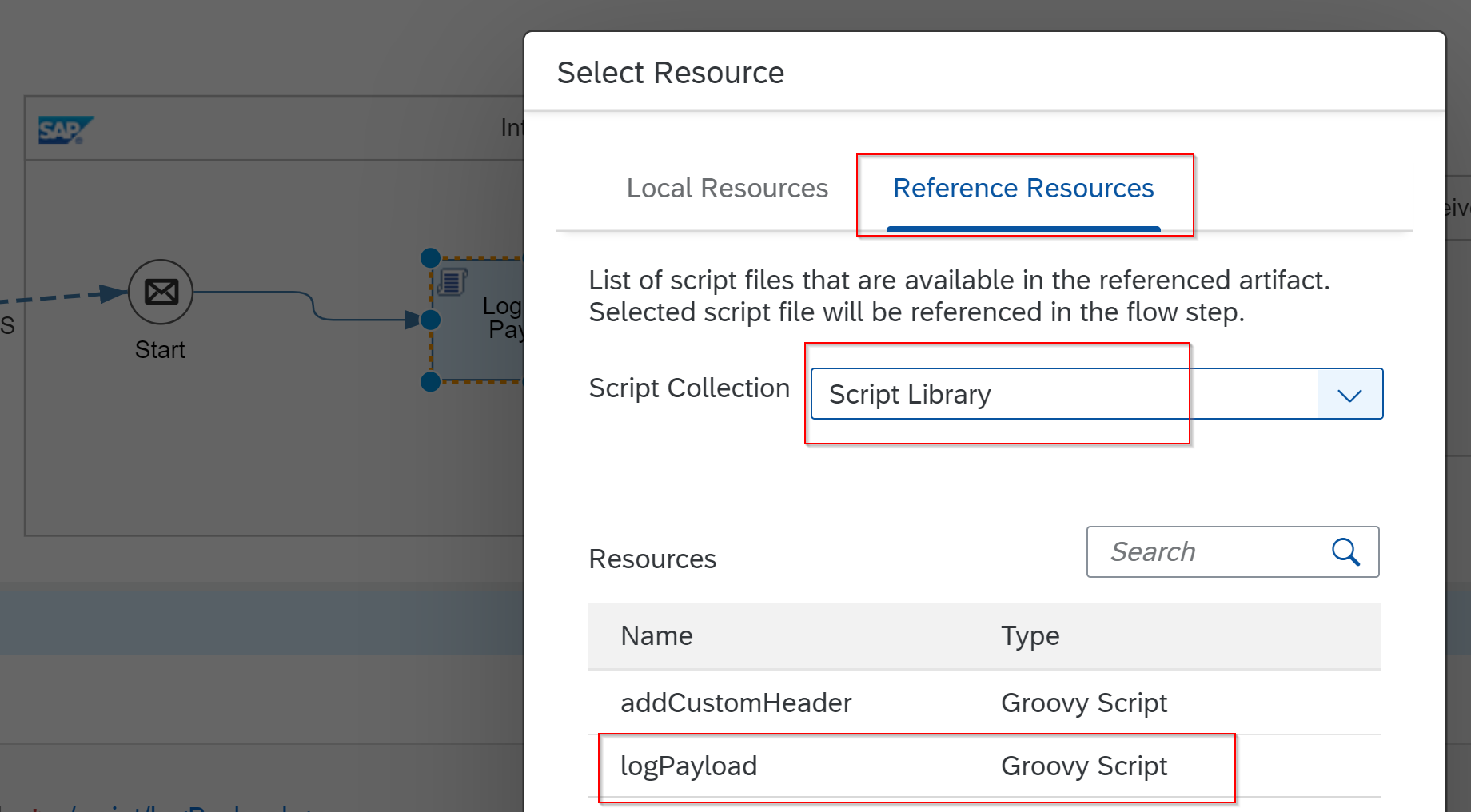 Step 9: Save and Deploy the Flow and Script Collection artifact

Step 10: Trigger the test payload from Postman and you can see the logPayload scrip will be executed from the referenced package/artifact/Script Collection

SAP has delivered very nice and much awaited feature but it still it needs some refinement.

For now, you can only access scripts in a script collection from within the same package. Sharing scripts across packages will be added later.

I have updated the blog. That seems a big restriction. Do you know when SAP is releasing the feature where we can access collection across various packages ?

No problem. As for release date, i don't think there is one yet. But it's on the roadmap.

This has been delivered by now. Just mentioning in case somebody reads this today and thinks it's still valid.

we wrote a local groovy script with a "helper"-class and many helping functions (like conversions etc):

Yet this script is called in some other scripts in the same iflow by importing the script and afterwards by calling the different methods like in this example:

Is there a similar way how to import and use these methods?

I have the same question. Did you find any way to implement this?

There is a workaround: Define instance methods in the helper class. In a first script, define the class and instantiate an object of this class. Then add a property with the instance of this object to the message:

In subsequent Groovy-Scripts you can get the property holding the the instance and use it for calling methods:

What to do if I have a JAR file in a script collection, but that JAR is a third-party library and contains no instance methods? I get "class not found errors" in my scripts that are trying to access a static method in that global JAR...

Import class in your package and then directly call static method.

Thanks Rahul for the hint. But my case was different: The jar is not my own but a library (OpenCSV).

I hoped that there is a way to upload this library jar into a script collection and then use its (static) methods from any Iflow by just attaching the Script Colleciton to it. But I ended up with uploading the opencsv.jar into every Iflow where I need it...

Hello everyone! A very cool feature!

But what about scripts (custom function) in the mapping?

Thank you. Just read this after posted my comment. I hope they get this done soon.

I am having an issue importing the classes if in case there are multiple classes present in my single groovy script file. But the Groovy Language as such supports it

Is it a limitation in the SAP CPI

Anybody knows if the functionality of importing scripts in message mapping (ref: https://help.sap.com/docs/CLOUD_INTEGRATION/368c481cd6954bdfa5d0435479fd4eaf/3d5cb7ff43fb4a4b9c28153472f6d0f1.html search Step 3) could be enhanced to use scripts from Script collection?

"You can create your own custom mapping function. Here's how:

I think it would be a nice addition to the Script collection as functionality.