Spartacus is the next gen accelerator which is an alternative to the traditional JSP based accelerator storefront in SAP Commerce Cloud. As it has reached version 3+ now, it is becoming more and more mature with every release and is adopted in more customer projects now. Not much information about deploying Spartacus in a Cloud platform is available now. Hence I did a small POC to deploy Spartacus in one of the cloud platforms (AWS) and also explored how to automate the deployments. My blog talks about some steps on how to achieve this.

Usefulness of this Setup

Only cloud setup available currently is through SAP Commerce Cloud subscription in Azure, which is normally used for Customer projects. It has got its fair share of challenges, some of them are listed below

Deploying Spartacus independently outside of SAP Commerce Cloud will alleviate the above concerns for an additional cost for cloud services. And having our own cloud setup has a number of advantages like it can be used as a sandbox for learning, POC and demo purposes across the team.

Architecture of the POC

My POC uses the following components

However more components such as

can be added as per the below architecture

Steps to achieve the Deployment automation of spartacus

Setup Spartacus in your local machine based on the instructions from this page.

Commit the Spartacus code into a Git based code repository.

Also create and commit a file named buildspec.yaml, with the below contents. Make sure to replace [SpartacusAppName] with your own Spartacus App name.

I am leveraging AWS S3 bucket for hosting Spartacus as it is an Angular application. Create a S3 Bucket in the region nearest to you and Block all public access like below Once you created the bucket -> go to permissions, click Edit bucket policy and paste the below contents.

Enable the Static website hosting with the following settings and click save. Take note of the bucket website endpoint which will be used for spartacus once the setup is done fully.

I am using AWS CodePipeline for setting up the build and deployment pipeline of Spartacus. 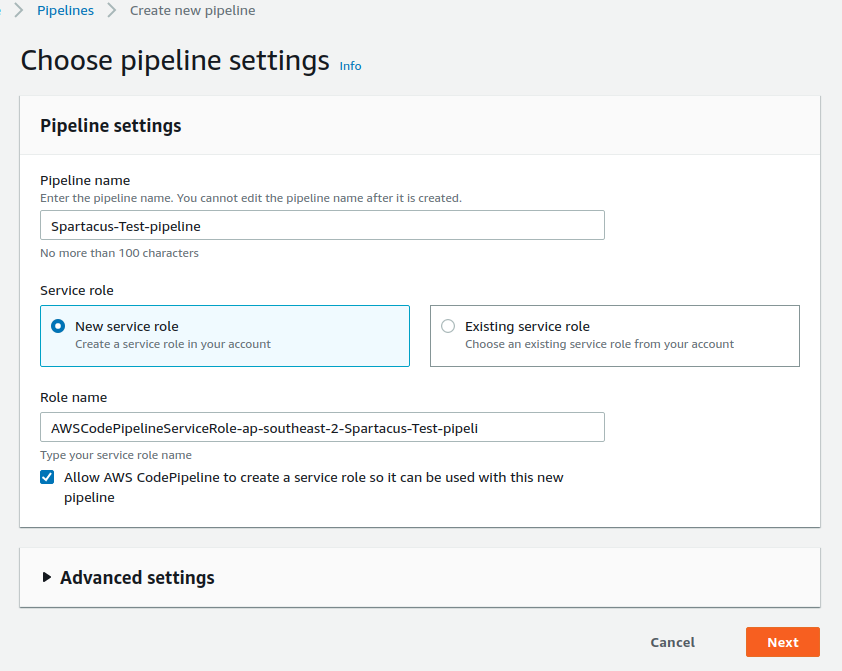 Link your code repository with AWS here, if the connection does not exist already you need to use connect to Bitbucket functionality to configure a new connection. 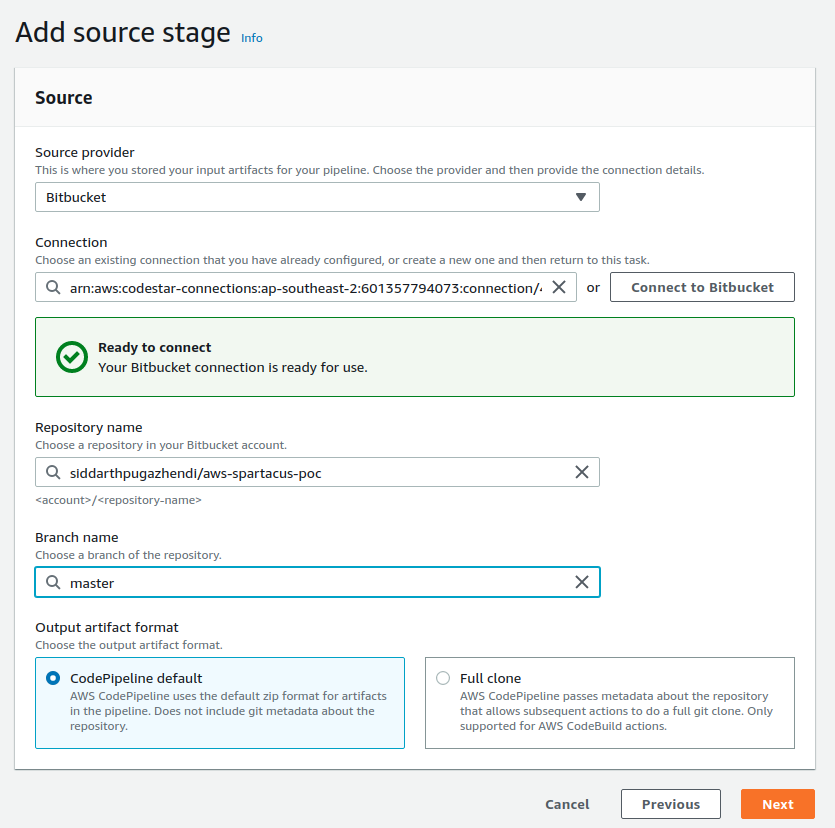 The next stage is where you specify the build tool, you can either go with CodeBuild (Recommended) or Jenkins. Also a new project needs to be created. 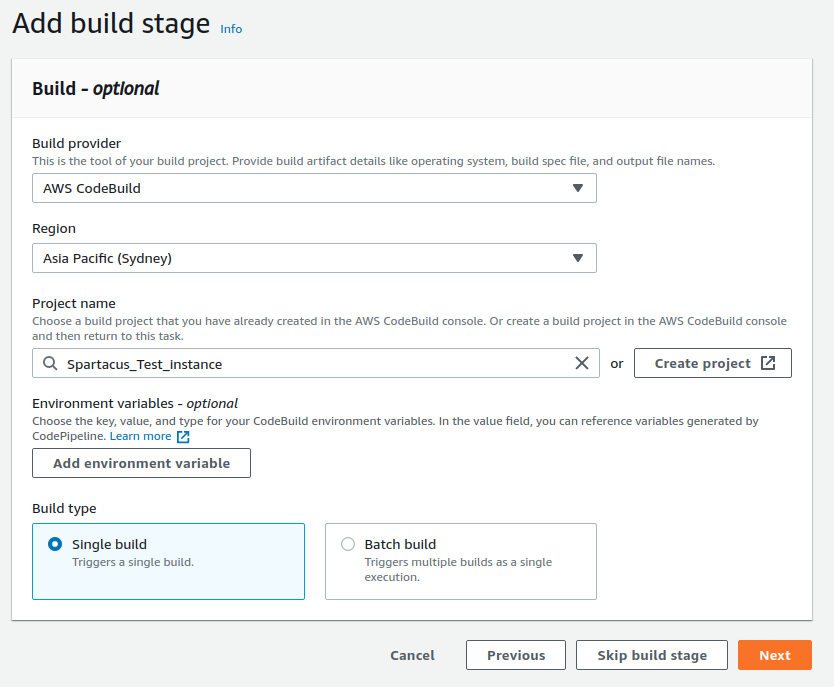 The new project requires the below settings. I prefer Ubuntu as the OS for the build tool. Use the below runtime configuration and create a project. 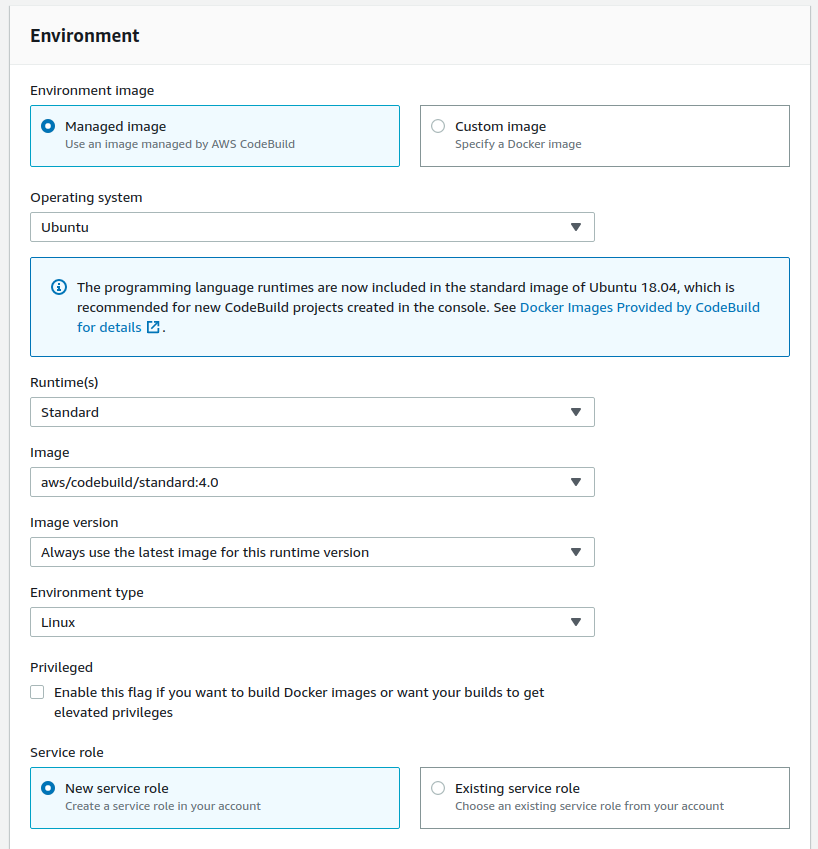 In the Deploy stage, choose the Deploy provider as Amazon S3. The bucket which was created previously should be linked here. 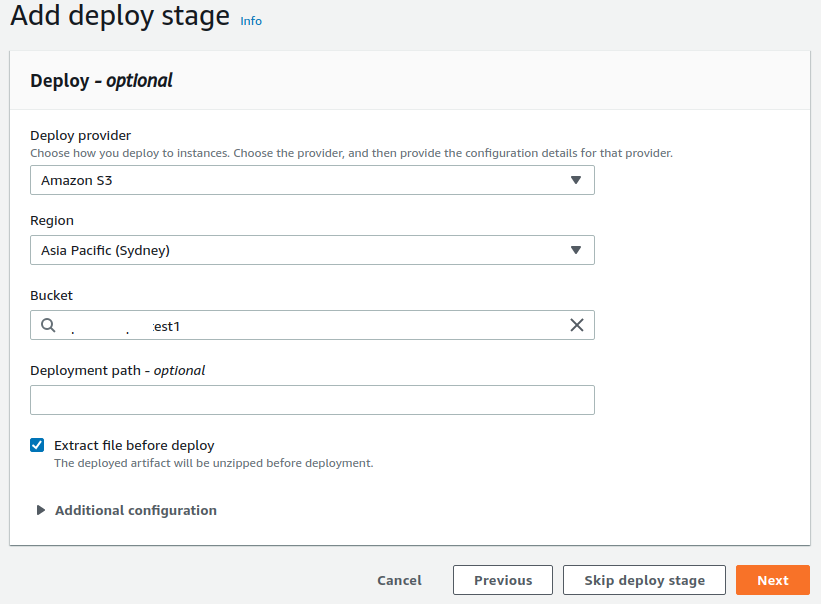 Upon clicking next, you can review the code pipeline settings and then hit create pipeline. 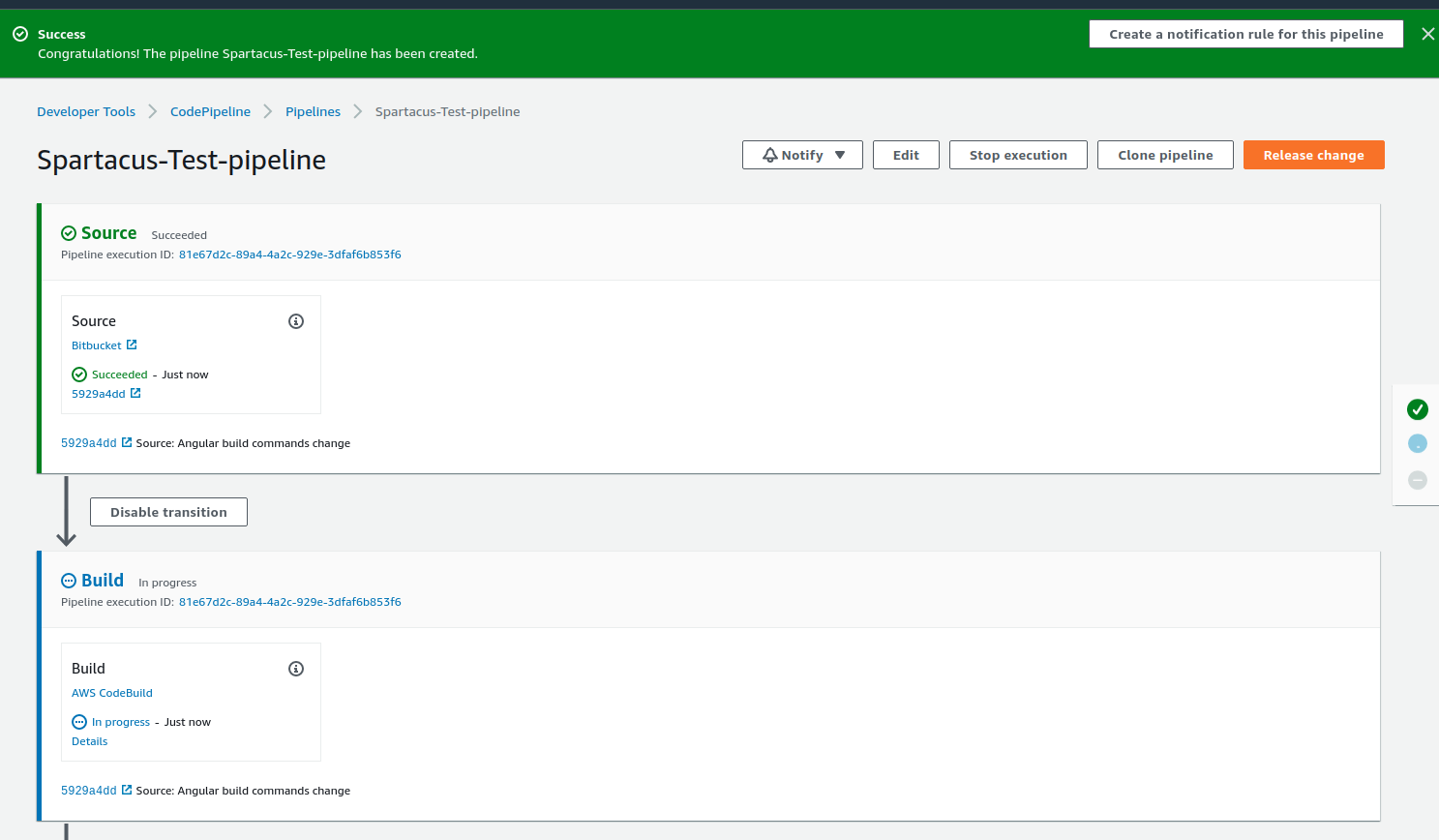 To see the logs you need to click on the AWS CodeBuild link in the Build section, will show the complete step by step logs of Spartacus deployment. In total this takes only 5 minutes to finish. 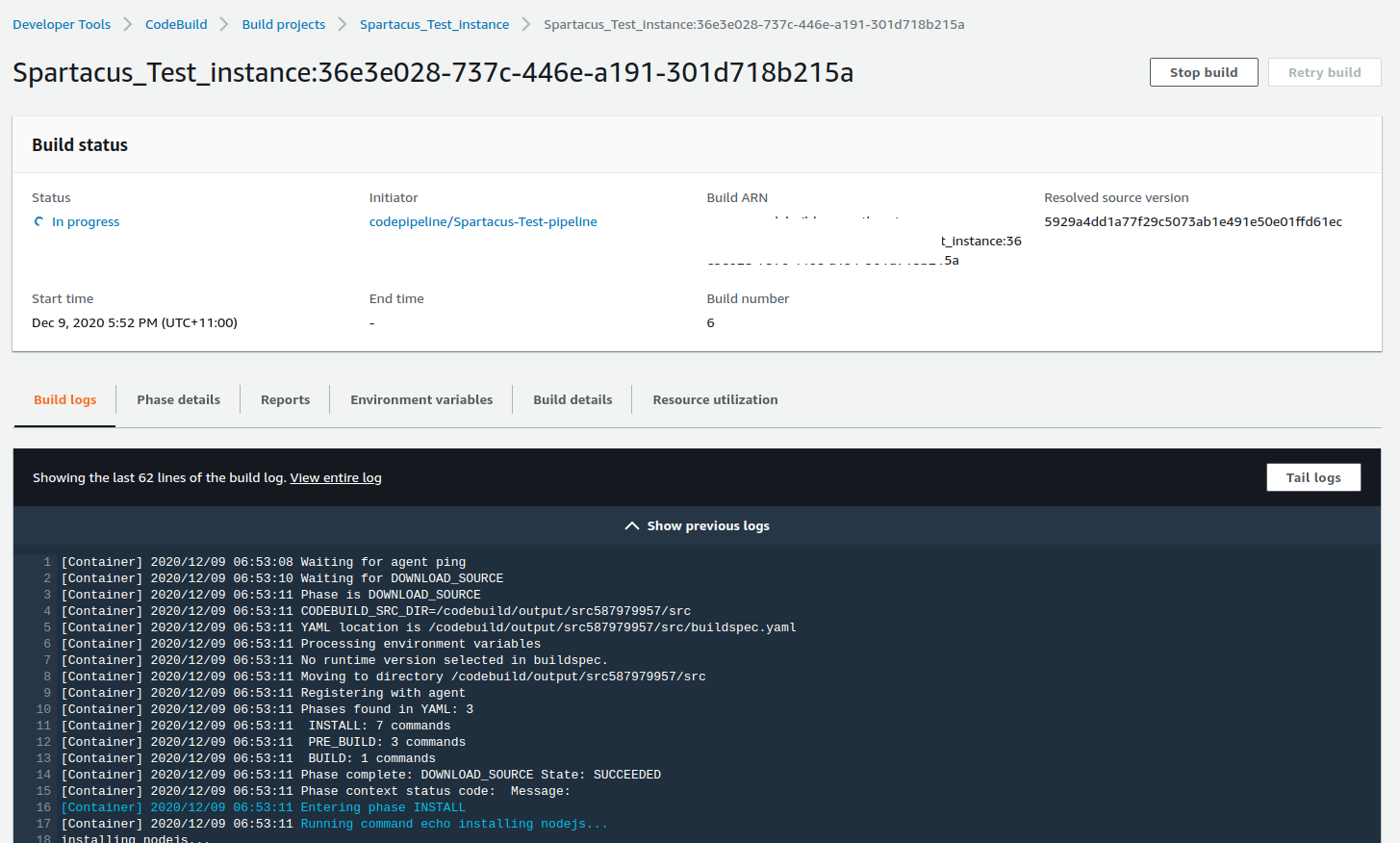 Deploying Spartacus independently outside of SAP Commerce Cloud and automating the process is a bit of an unknown at the moment because of lack of documentation, this blog provides a good starting point for this process.