How to enhance the standard SAP Intelligent RPA bot in the SAP cloud studio?

How to enhance the standard SAP Intelligent RPA bot in the SAP cloud studio?

In this article, I shall talk about enhancing the standard bot which is available in the SAP Bot store.

Let us take an example of John who works for company, say, ABC. He has several material document lists in the system for which he would like to generate respective GR (Goods Receipt) for a Production Order. He needs the process to be automated where the bot needs to perform the following steps:

How can this be achieved using SAP bot?

SAP Standard provides MB51 bot which is a “List of Goods-Receipt”. Standard MB51 bot performs the process 1,2 and 3. However, MB51 bot provided by standard does not have the feature of sending emails. We shall now see below how John could automate the standard bot with few simple steps.

Step 1: John logs into the RPA(Robotic process automation) tenant and navigates to the SAP Bot store. He can search for the bot using the Search Criteria “Goods Receipt”. As his design tool is SAP Cloud studio, he selects the highlighted option “Cloud Studio” as shown in the Fig1.

Step 2: Click Get to acquire the bot as shown in Fig2.

Step 3: Now, go to Packages as seen in the below screenshot where you will be able to view the standard bot acquired as shown in Fig3. 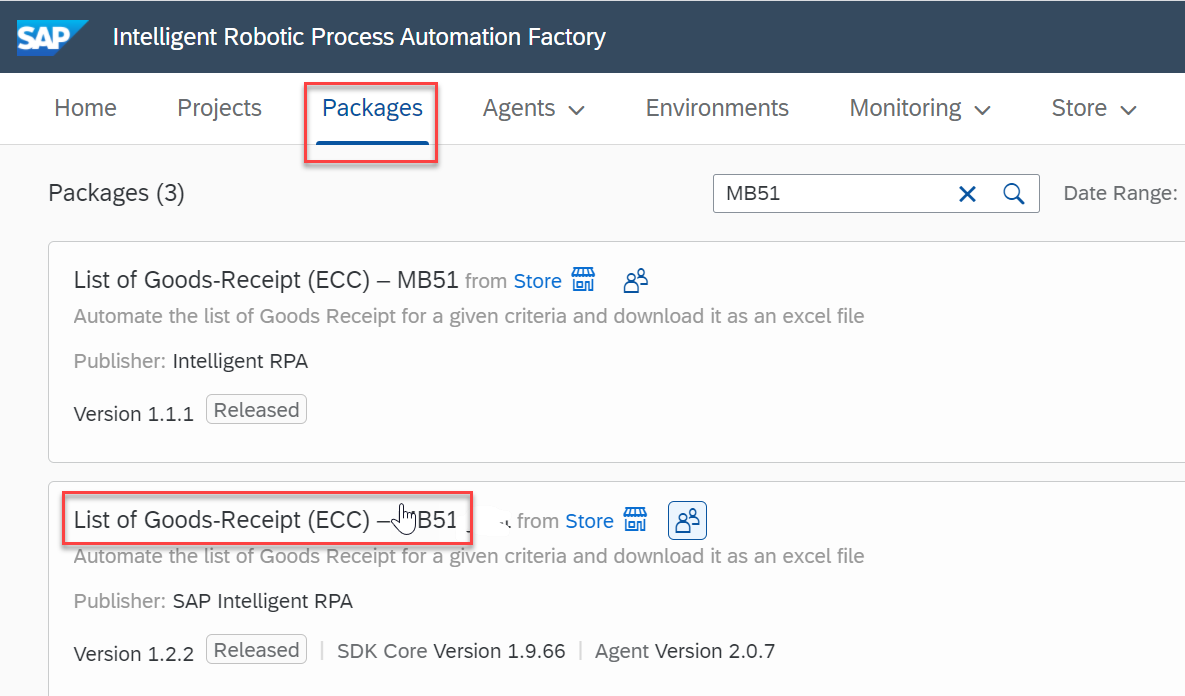 Fig3: Bot acquired can be found in the Packages

Step 4: Select the package and click on the 3 dots as highlighted in the screenshot below.
Click “Save As… New Project” which in turn will create a new project for you as shown in Fig4.1.

Fig4.1: Create a new project out of a package

A new project has been created using which John will be able to modify the standard bot as shown in Fig4.2.

Fig4.2: Newly created Project out of the Package

Step 5: Click on the project to navigate to bot design tool “cloud studio” where the standard bot can be enhanced. Fig5, shows the Cloud studio to design the bot. 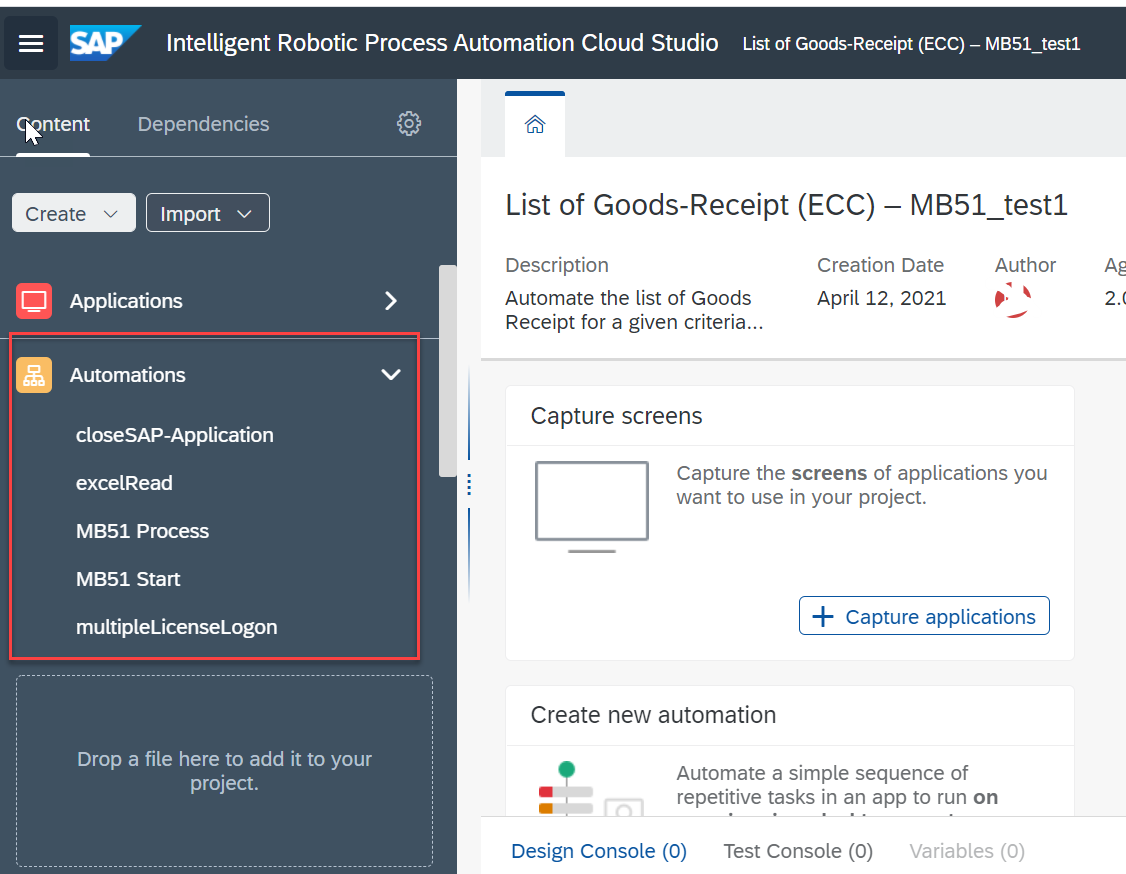 Step 6: Amongst the automation steps in Fig 5,

“MB51 Start” is the first step to run as soon as the bot execution starts.

This automation script will first read the Excel template using the path provided in the environment variables. Once the excel contents are read, SAP logon is then initiated to log into relevant system. On successful login, the automation script “MB51 process” is executed. 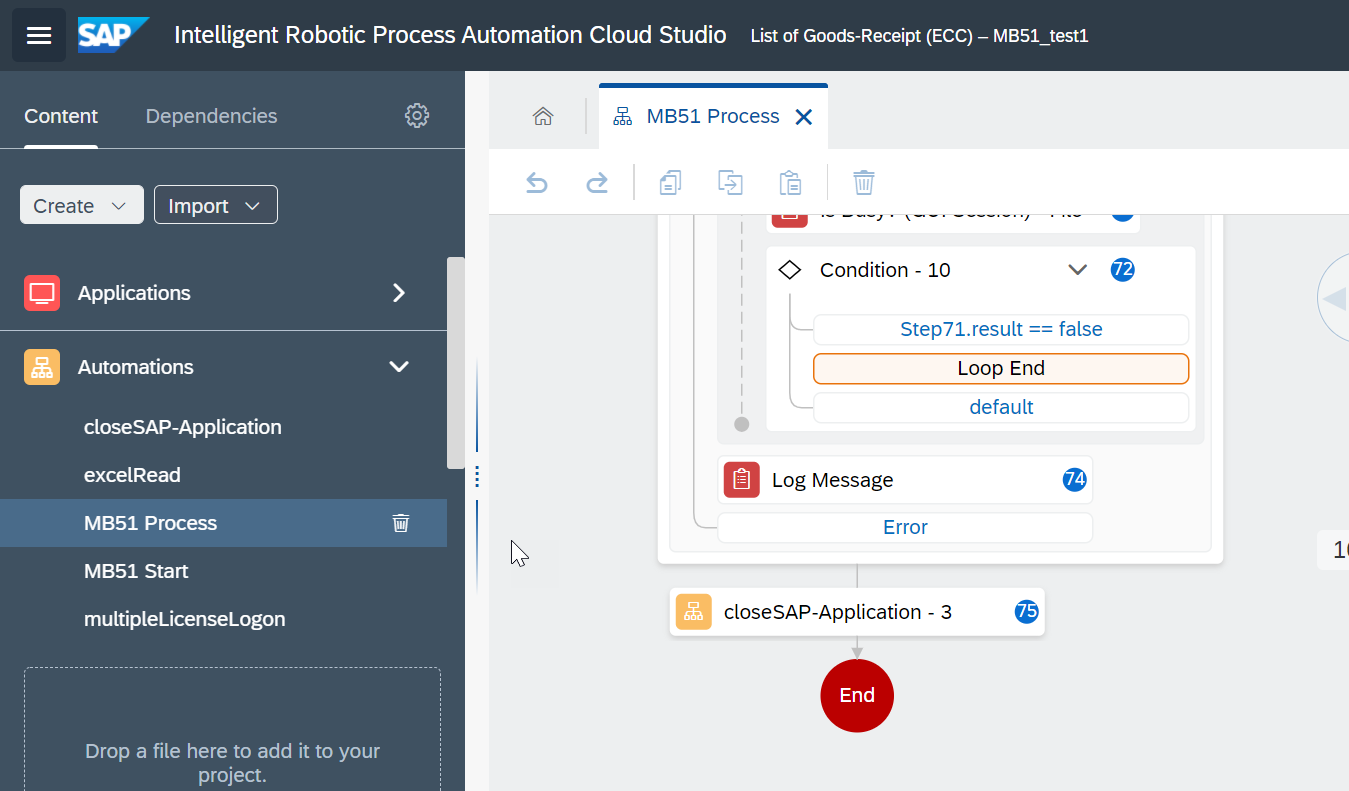 John identifies that “MB51 process” automation step is the place where he can extract the file name and the path where excel with Goods Receipt list is saved. As shown in the screenshot Fig 6.1, he would need to automate the process after the step name “closeSAP-Application – 3”.

So, he will check whether the outlook SDK is available in the dependencies tab as shown in Fig 6.2.

Fig 6.5: Searching for the Outlook SDK Fig 6.8: Searching for the Outlook SDK in the Tools section

Step 7: Add the activities such as Open Outlook Instance, Send Email and Release Outlook instance after the “closeSAP-Applications” as highlighted in the Fig7.

Step 8: John now needs to edit “Send Email” step with relevant information. Before that he needs to identify the File path of excel file with the Goods Receipt list. To retrieve the file path, he needs to click Step set file path and then he can see the Input Parameters.

In the value section there is “outputPath”, he needs to click edit option and can find the file path information as highlighted in the Screenshot Fig 8.1. 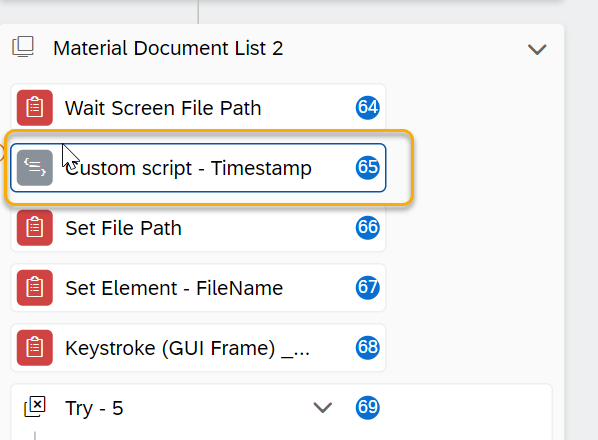 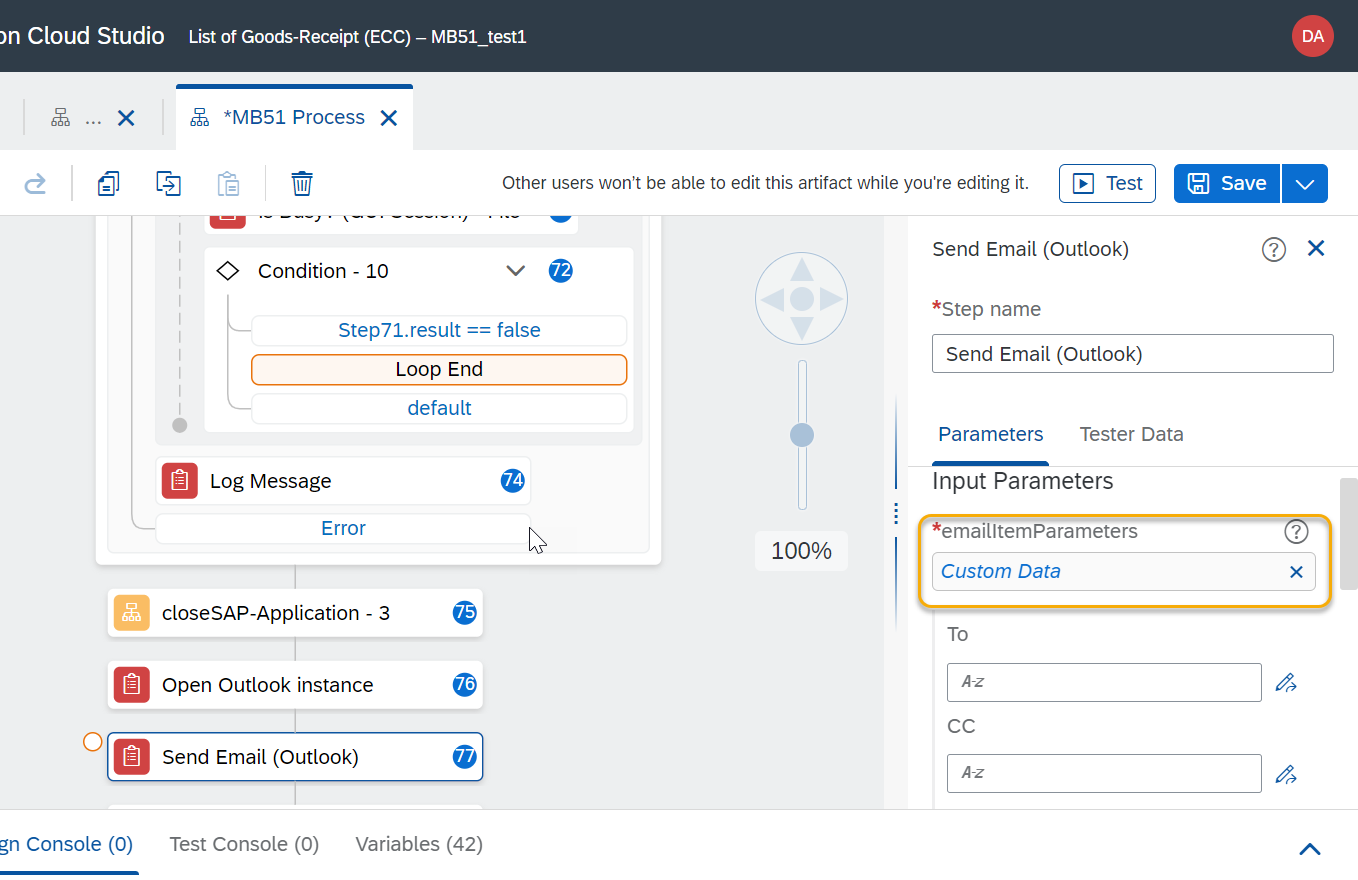 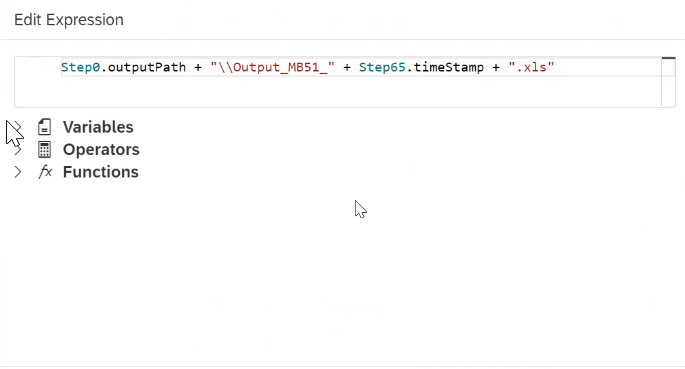 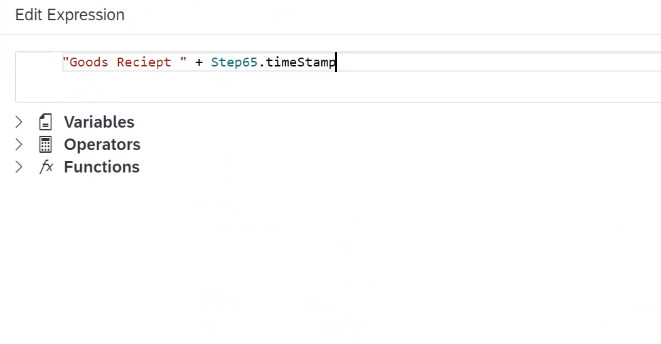 Step 10: Save the automation and click test to run the Project as shown in the Fig10.1 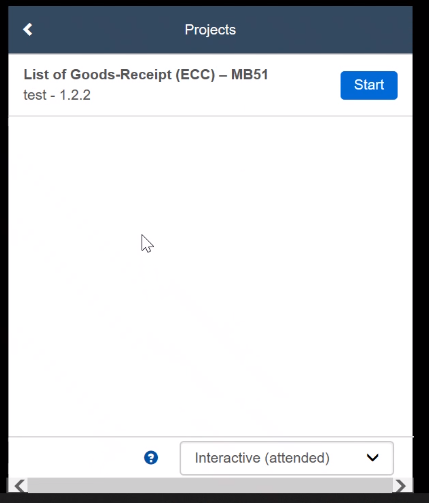 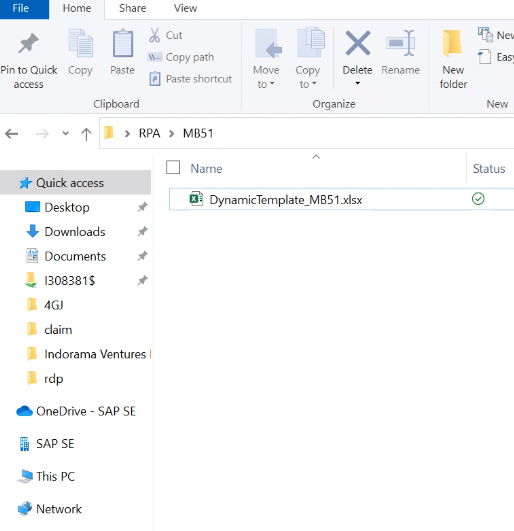 Fig 10.2: Reads Excel Template from the given input Path 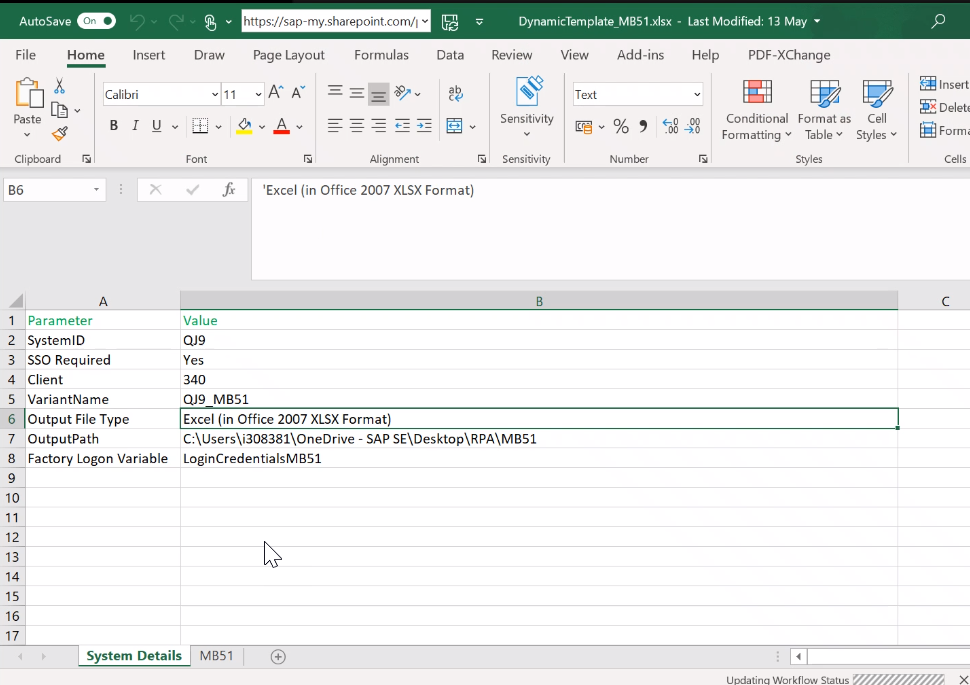 Fig 10.3 : Reads the system information from the excel template 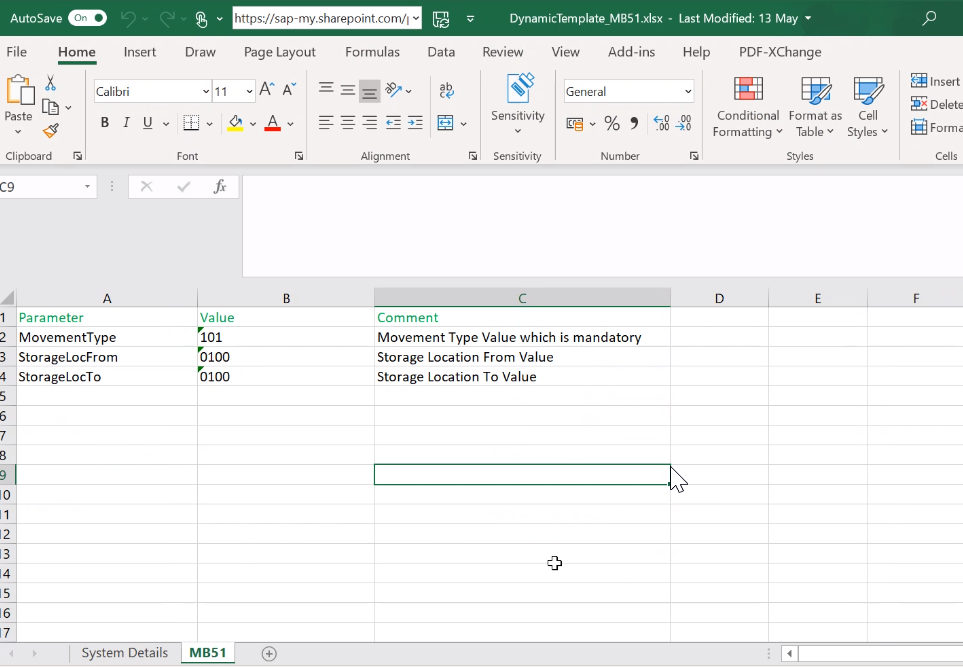 Fig 10.4: Reads the Variant for the material list from the Excel template 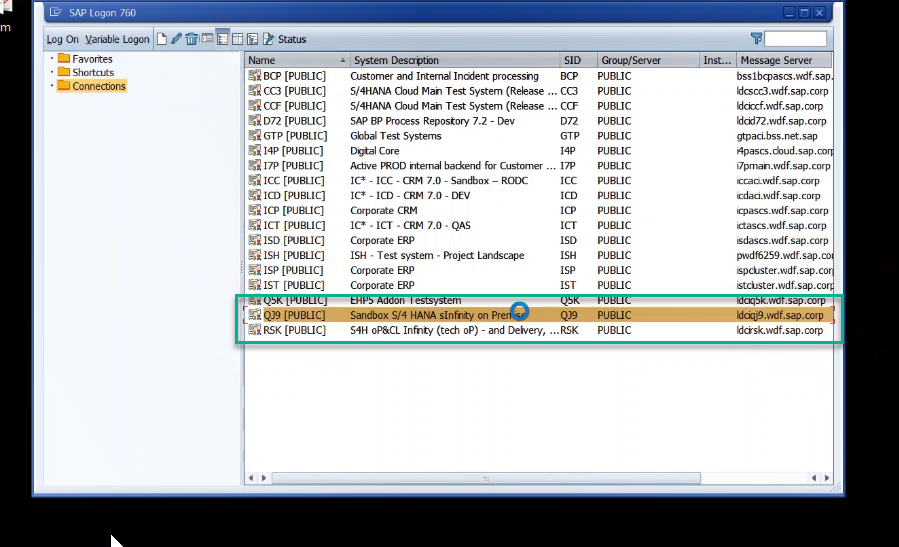 Fig10.6: Login to the required system

Note: In the above example, John has hardcoded the email id in the step. However, it can also be passed as an input in excel template or as a variable while executing the BOT.

Summary: Once the requirement is clear within any project, we would need to identify the scenarios supported by SAP standard bot. Once analyzed, it is easier to enhance based on the custom requirement.