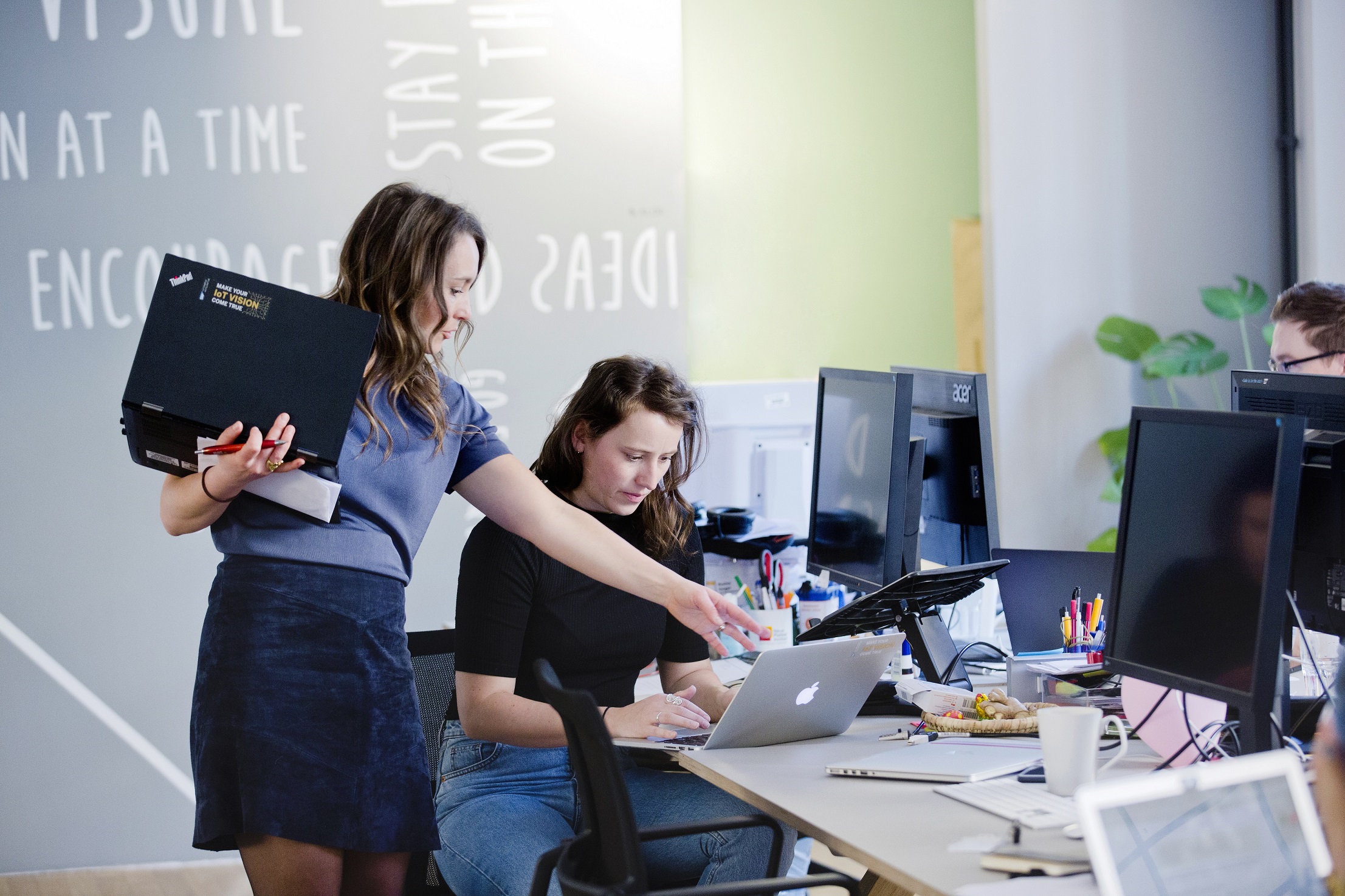 The May 28, 2021 release of SAP Group Reporting Data Collection delivers on the following key new capabilities and features: 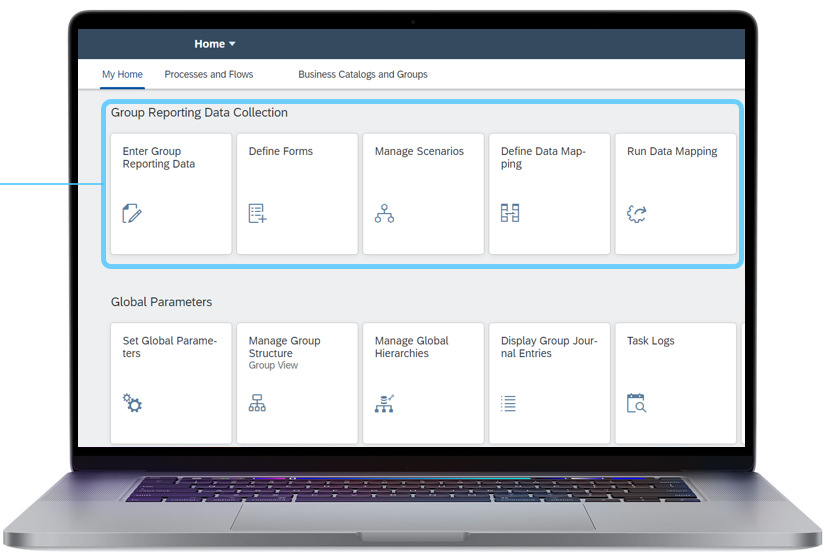 First, you can now use a new formula feature in the Define Forms app, where you design your forms for manual data input. Use this feature to define calculations in your forms, and optionally save calculated amounts in SAP S/4HANA for group reporting, in the ACDOCU table. Using formulas you can:

In the screenshot below, you can see how to add formulas when designing your forms. In the layout panel, it is possible to see all the settings: for example dimension filter mode and values, formula syntaxes. The new formula feature includes capabilities such as conditions and manipulation of texts. It also includes the following capabilities: 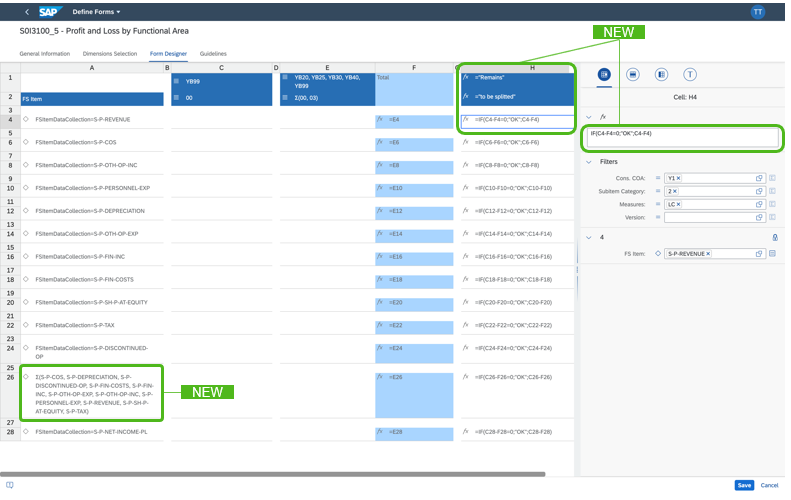 When you’re in the Enter Group Reporting Data app, formulas are calculated and refreshed in real-time when you enter data. In the form, you can see the syntax formula applied in the cell (see the screenshot below).

In the Define Forms app, you can now enter labels (texts) in any cell when defining your form. The label feature is available to add titles, headlines or insert help text directly in the form. In the example below, “% Share” and “REMINDER of collected data” are labels, inserted to make the form easier to read for the end-user. 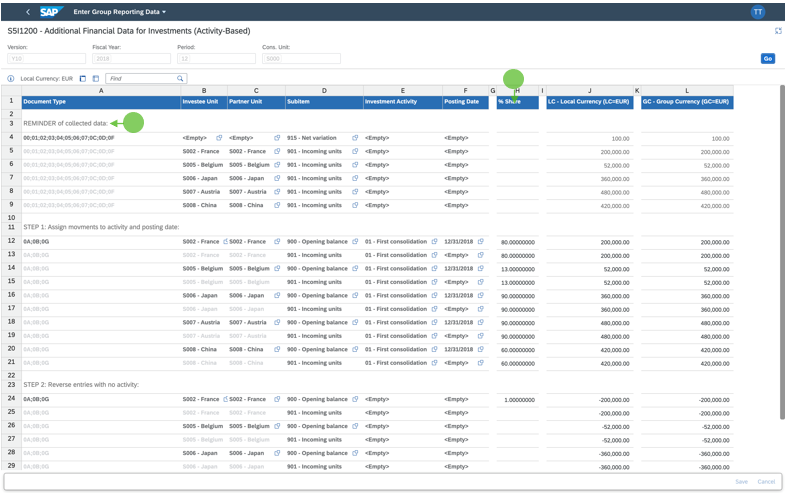 “Please add the sales numbers from the London acquisition”, “Can this figure be right based to the new guidelines?”, “Exceeds target expectations due to overall growing market”: with the May 28, 2021 release we’re thrilled to introduce a new “comment” capability in SAP Group Reporting Data Collection. You can now use comments in forms to express any remarks or additions you want to make regarding a data.

As depicted above, you can comment on data points shown in form cells by right-clicking a cell and selecting “Comment”. Comments are directly associated to the commented data point – allowing their later re-use. They can be short, which is what the dialog’s size encourages – or up to 10.000 characters long, if required in certain cases.

From a technical architecture standpoint, comments are stored in the SAP Business Technology Platform (BTP), as shown in the diagram below: 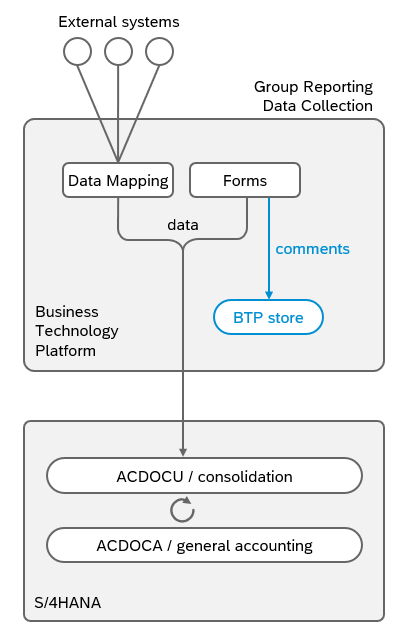 Want to co-innovate online with ourselves in the SAP Product Engineering team? Join us on the SAP S/4HANA for group reporting Customer Influence platform.