In case, if the client requirement is to reject all the time effort booked by technician in FSM application using S4 CATS_APPR_LITE T- code.

Here comes this blog post handy, let us see the approach to achieve “How to reject Time Effort booked by technician using FSM application to be rejected in S4 system”. 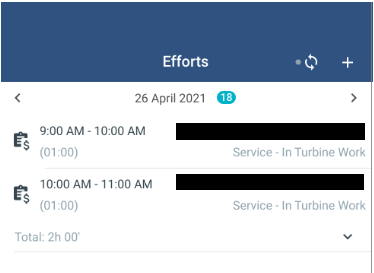 Step2: Time Effort replicated to S4 and visible in CATS_APPR_LITE t-code for approval/rejection

Step3: Supervisor decides to reject the time effort posted by technician due to incorrect duration

Step4: An approval IDOC is triggered from S4 to FSM carrying the rejection status to FSM application 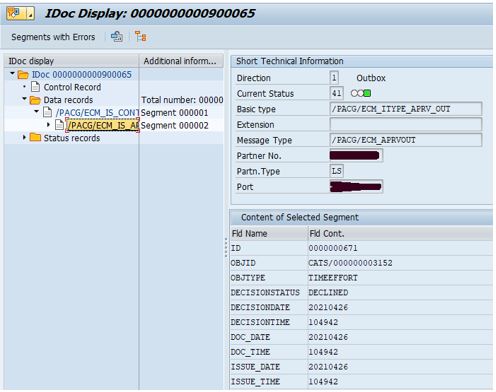 Step5: Technician will receive the push notification with required details (this is developed in FSM Cloud application using Business Rules)

Note: overall two Business Rules should be developed in FSM application to support this process

Step6: Technician can edit the rejected time effort and make the necessary modification as per the supervisor review 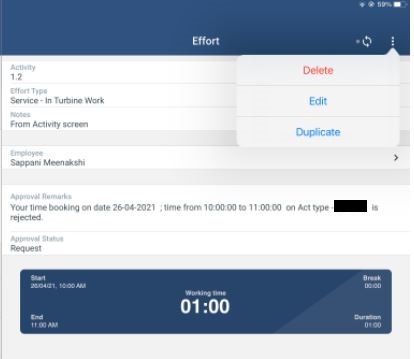 Note: Idoc shows Decision status as DECLINED and the FSM application shows Approval Status as REQUEST, this mapping is done programmatically as per the need.

Step7: Save and synchronize to send the modified details back to S4

Step2: Redefine the connector classes as per the requirement and the classes that needs to be redefined are as highlighted below.

These are the two classes that contains approval object related code, by redefining we customize the class as per the business requirement and replace the below standard classes in the PACG Connector @ tcode /PACG/ECM_CLSASSIG – FSM Connector’s Outgoing Messages Configuration 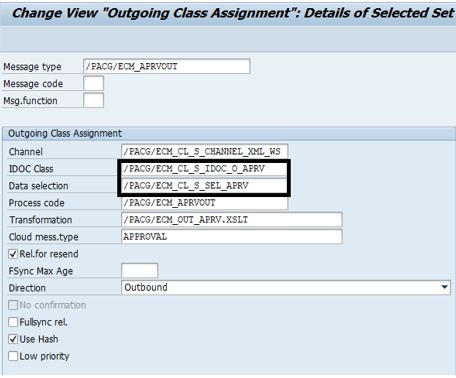 Also, this development is highly custom and will be suggested based on the architecture and need of requirement. By implementing this kind of customization, we must ensure the working of functionality every time the connector is coming with an upgrade. On a positive note SAP and Proaxia provided the flexibility to enhance as per the requirement without limiting the extension of product feature to customers need.