ABAP is not Dead, but also Not the Only Answer – Summary from #MasteringSAP

Mastering SAP is a wrap for 2021, and it was a great experience.  It started for me by attending Thomas Jung ‘s session.

Where it fits in modern structure, applications

As move to S/4HANA 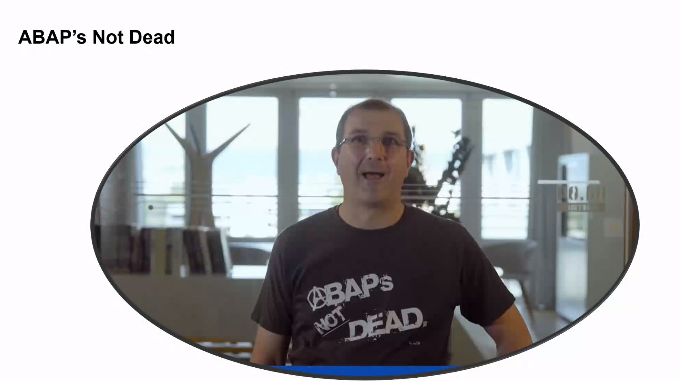 Andre Fischer is pictured above

15 years ago, the thought was Java was to replace ABAP

Product is still being developed on ABAP platform, which has evolved

Backward compatibility is reason it is not dead

Strength and weakness of ABAP ecosystems

Down side, may lead to ABAP developers becoming stagnant

May not bring innovation; look to SAP

Old days focus on bubble on the left

Opportunity to do extensions in different way, side by side extensions Do not have to abandon ABAP skill set

Can do it in the cloud

Will feel different; need to find the API’s

On premise gets only 1 release a year

Tuning, monitoring is taken care of by SAP for you 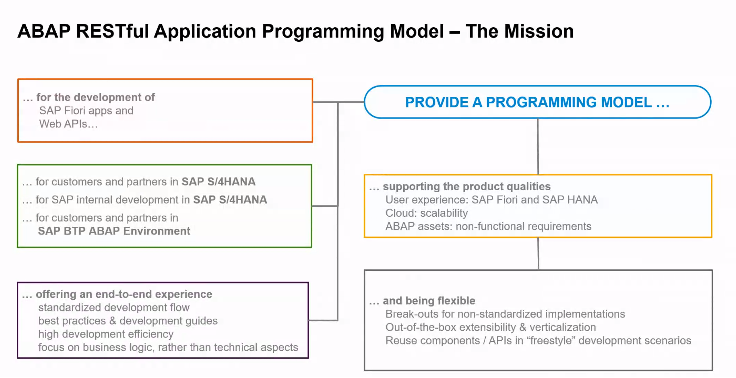 Before, Gateway, expose Odata services, annotations in CDS, decoupled from Gateway, different frameworks, provide one new end to end programming model – Fiori apps, do it in a single programming model, used at SAP 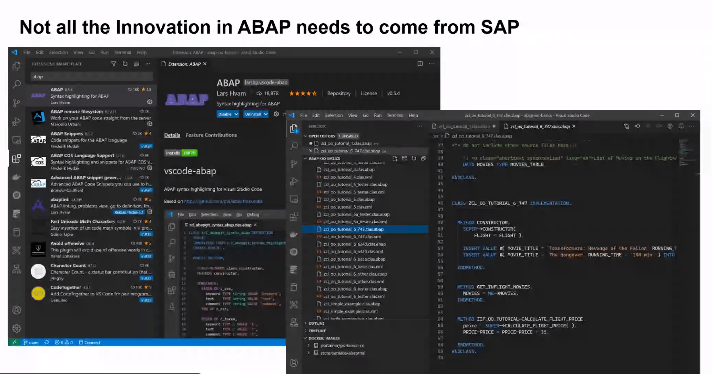 ABAP in VS Code, not something SAP does, offering syntax highlighting in VS Code, an example that the community is doing

Check the ABAPGit site, where the community is exchanging ideas and technological solutions 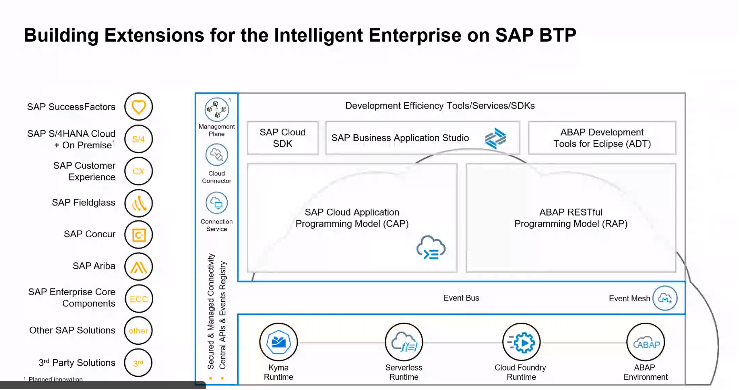 Whole other technology in addition to ABAP run time

Other is SAP CAP, similar in scope to RAP, both accomplish many of the same things, using a different underlying technology – node.js or Java – deploy to Cloud Foundry or Kyma Kubernetes 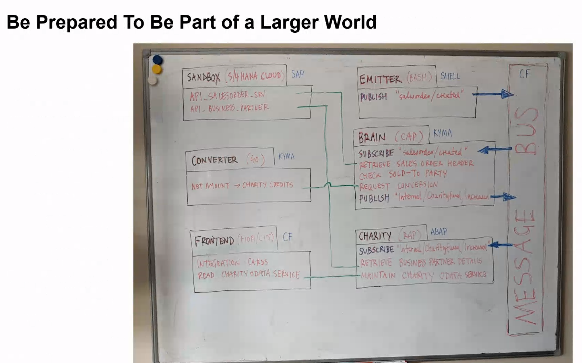 Above shows a screen shot from SAP TechEd Developer Keynote

Another developer transitioned to CAPM

Golden path, but not lock into single technology 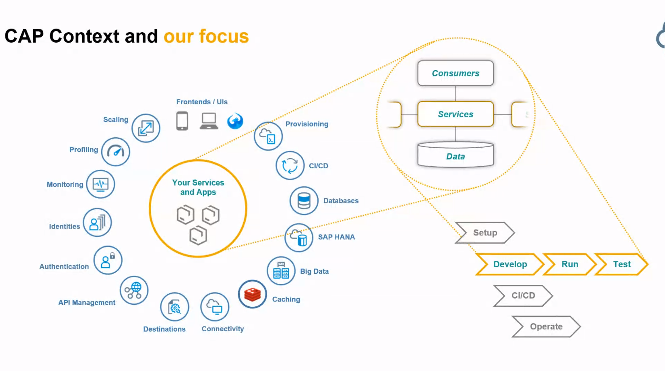 I’m glad I was able to attend this session live; it helped put in perspective where ABAP fits.

Thank you for sharing. I do believe no programming language will ever be dead. There are several good features on ABAP that can be utilised while learning or implementing in other languages.

That being said upskilling will not happen overnight the shift in industry on more web based technology and cloud native will take time.

Computers / CPU's / RAM's may be faster cheaper than when we started first but they are still driven by logic, and logic is foundation for any programmers.

Very informative and well written, Thanks for sharing

Any chance that the presentation will be available?

Hi George - I recommend contacting Thomas directly; I don't have that in my hands.

1: Brilliant blog. Informative and optimistic 🙂  It shows how much time and effort SAP and community is spending on ABAP. As an ABAP dinosaur, I found this very uplifting.

2: Can someone please change this slogan, motto, manifesto or mission statement, whatever it is.

It is quite negative in itself and to me it seems like an answer where the question obviously was "Is ABAP dead?". not helpful or optimistic at all. I mean think about the following two statements

A: Exercise is good for health

B: Exercise is not bad for health

which one you choose A or B ?

Community could have suggested many positive slogans for ABAP. i mean following are just some examples but the list can go on and on.

ABAP the language of ERP

ABAP running the world of business