SAP iRPA & SAP CAI are the two prime topics that are changing the game in this rapid and volatile Enterprise Plannings and Product Designing approach. SAP already has proven that no-code/low-code can be a very useful and easy way to design modern AI-Bot driven Enterprise Softwares.

This blog will give an overview of the integration aspects of iRPA and CAI bot with Node-Red.

This makes it ideal to run at the edge of the network on low-cost hardware such as the Raspberry Pi as well as in the cloud. If you want to deploy this in SAP BTP Cloud Foundry Environment, check this one – Node-Red in SAP Cloud Foundry

What you will get here?

Easy API development is one of the prime motives to use Node-Red. SAP iRPA notifiers and CAI integration is the major aspect which is being covered here.

Developing such a scenario with iRPA notifier itself might take some time. As well as we could have used node-JS / python-powered APIs as well. But choosing Node-Red here will give a quick feasibility check and give a quick resolution to the requirement.

The major reason to use Node-red is, this Notifier logic has to be implemented for an entire Functional module related iRPA bots.

Here is the pictorial representation of the summary of requirement: 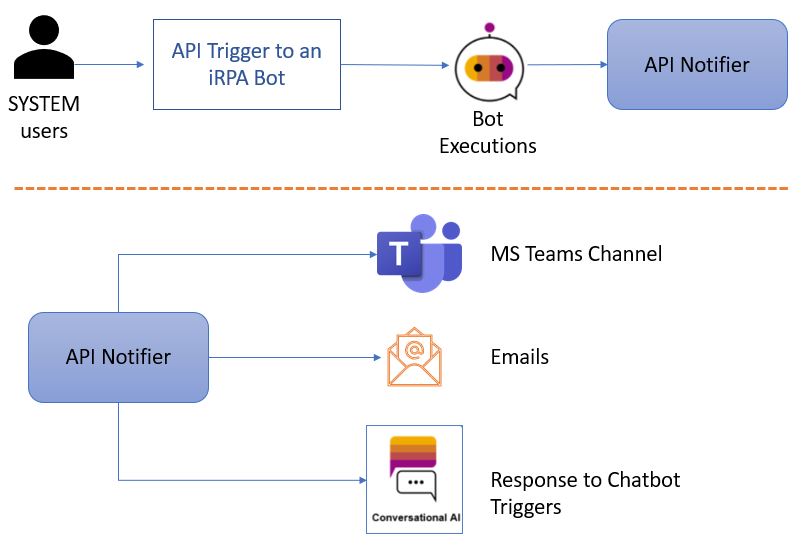 Node-Red design to collab all three requirements into one API. This API can be configured in iRPA Bot Notifier.

B. Deploy your iRPA bot in the Cloud factory.

C. Create a CAI bot and implement a skill.

D. Create an API trigger in the CAI-skill to call the iRPA bot. 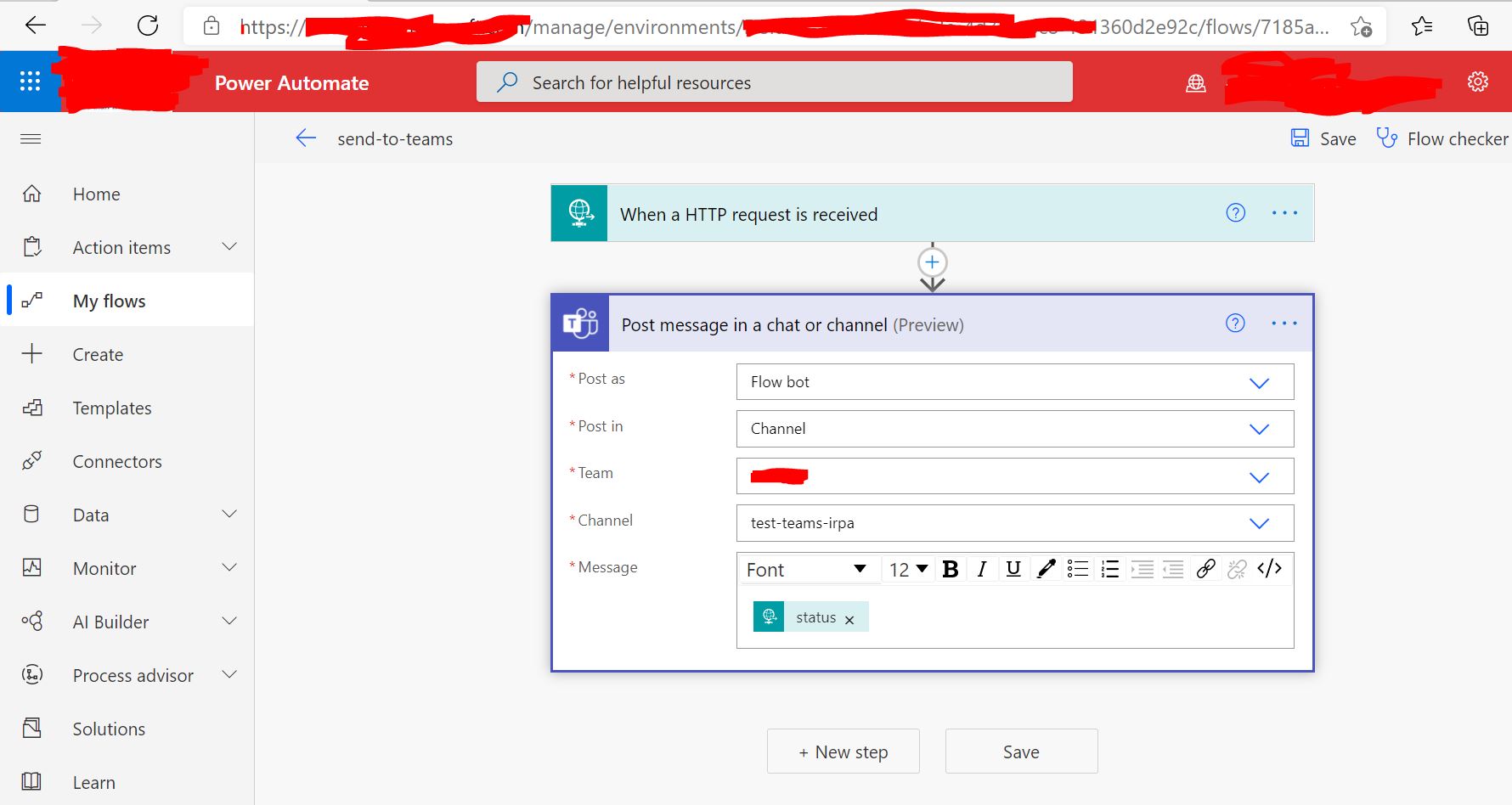 Create a flow in Node-Red as below and configure the HTTP-endpoint as created in step1.

The next step is to notify the CAI bot back about the status of the iRPA bot. Configure the flow as below:

Then in node “Set CAI Dialog URL”, set the value of the URL as ->

The last section is sending an email. Add a new node(node-red-node-email) from the Manage palette. Then configure the email node to send an email notification.

Step 5: Deploy your Node-Red in the SAP cloud BTP environment.

Follow the blog – https://blogs.sap.com/2020/09/29/all-about-node-red-deployment-in-sap-cloud-foundry/# and create a Node-Red environment in SAP BTP. Then set up the API there

Reference and Must Read:

Hope you are able to understand the scopes of the iRPA and CAI integration aspects via the Node-RED wrapper. As Node-Red can be deployed in the SAP BTP environment, it gives a huge area of security and logic modifications as well. It might ease up the coding and software design aspects of your SAP life.

Thanks for reading. And feel free to opine.