Once I saw the TM Optimizer and cockpit possibilities on the SAP presentation material, I became an SAP TM enthusiast.  Since then, I have always wanted to put my hands on such advanced features of SAP TM, like vehicle scheduling and routing optimization, visual planning in the Transportation cockpit, Detailed package building, Load planning, etc. Besides, I know that access to advanced features of SAP TM is rare. Therefore, in this blog series, Beginner Steps in Advanced SAP TM, I would like to share my findings of underwater rocks that you may face in TM Optimizer. In my first blog, I would like to focus on one particular scenario that can leverage VSR Optimizer – Milk Run Scenario.

A Milk Run is a shipment method when goods are picked up from several shippers (e.g., suppliers) and delivered to one consignee (e.g., production site) within one vehicle trip.

We placed purchase orders for several suppliers with overlapping delivery windows. The freight can fit one truck, and the suppliers’ proximity allows to cluster the deliveries into one vehicle trip. Such an approach will allow benefiting on fleet capacity and cost optimization and can also reduce environmental impact.

Note: This article focuses on automatic planning of the Milk Run scenario in SAP Transportation Management, with the help of TM Optimizer only. The Freight costing and cost distribution are not included in the scope of this article. 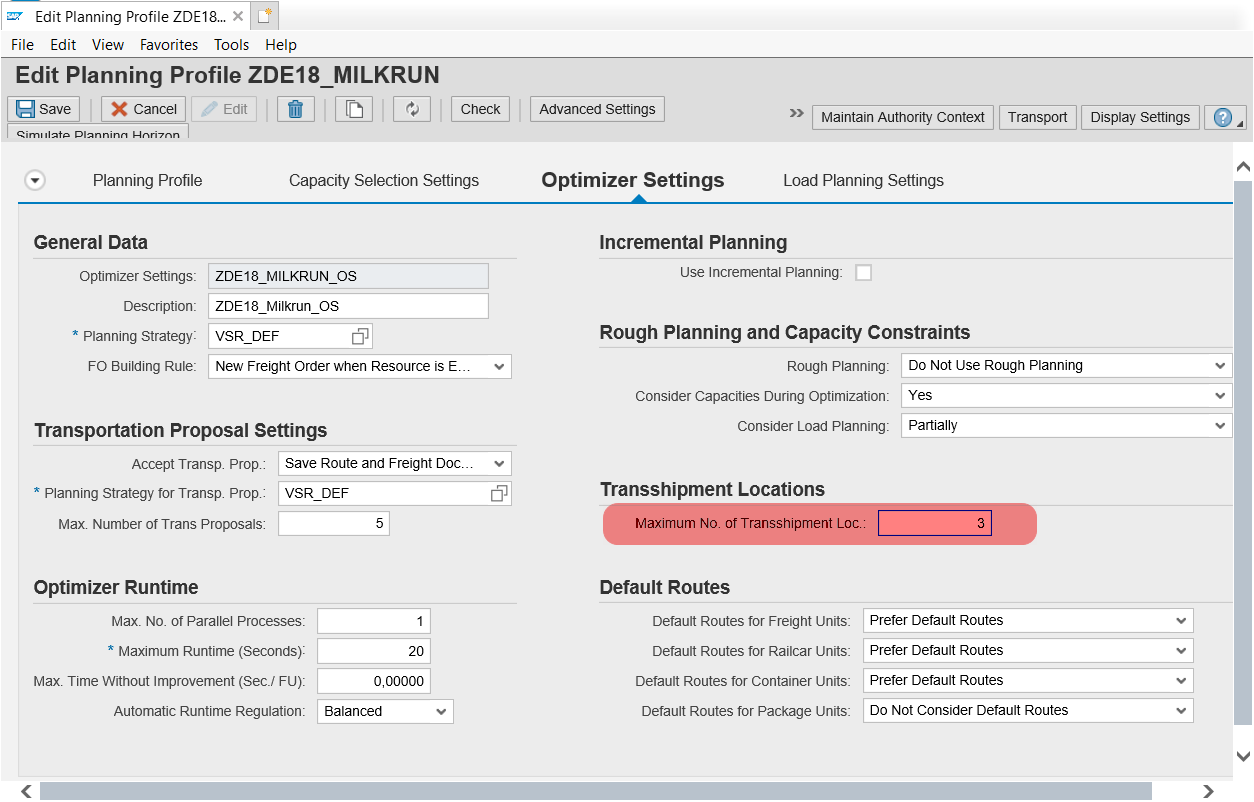 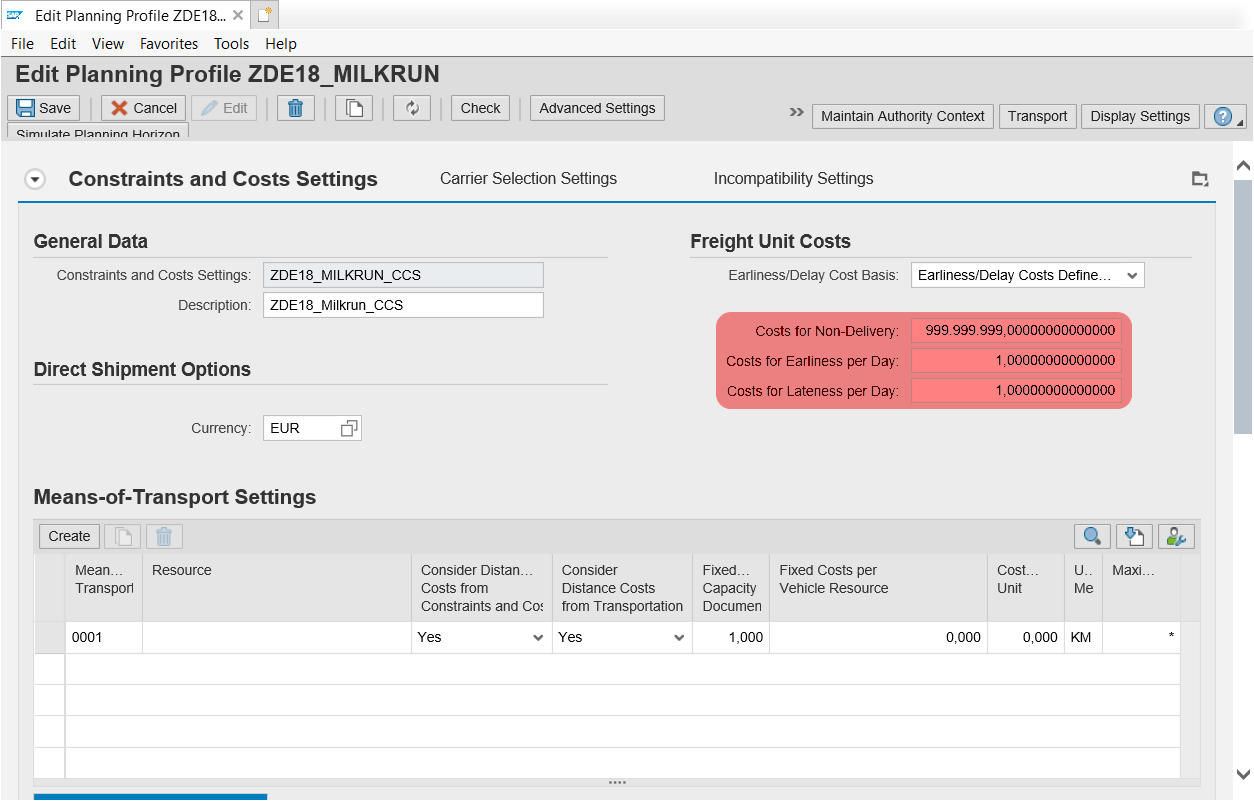 Here I would like to point on one fact, which was not evident for me. Let’s assume that we need to transport three FUs with different source locations (vendors A, B, and C) and the same destination location (a Production Site D). We expect that the proposed optimized route should look like A –> B –> C –> D.  You should keep in mind that it is insufficient to maintain only Transportation Lanes A–>B, B–>C, C–>D for the TM optimizer to build the route AàBàCàD. For each combination of the Source and Destination locations in the FUs, you must define the Transportation lanes (A–>D, B–>D, C–>D). Alternatively, you can define Intrazone Transportation lanes. Only then, the Optimizer can propose the result, which includes all four locations in one route.

Several POs to different suppliers are created. Each PO has generated a freight requirement – Freight Units (FU). The link between the PO and FU can be found in the additional tab in the PO Header (transaction ME23N).

The overview of the freight requirements can be seen on the map in the Transportation Cockpit. The same results are also possible to achieve by manual planning. However, it requires significant user efforts.

Thanks! Graph Theory is one of the "magic things" in computer science that were the reason I joined IT. Did some interesting graph algorithms in uni myself 🙂