Since I am not a Docker expert I want to share how a new license can be downloaded and installed in the new Docker based SAP ABAP Platform Developer Edition.

As an overview I will start with the four steps that you have to perform before starting with screen shots:

The license can be downloaded using this page where we search for the string “ABAP Platform”. Using some tool like WinRAR (or sapcar ;-)) you can unpack the two license files

where in the folder ABAP Demo license we find the file A4H.txt.

Open a CMD prompt in the folder where you have downloaded the file A4H.txt where you run the following command

CAUTION:
Be sure to use the following command to shut down the system gracefully.

Start and let the license be installed during startup

Within the output of this command you will find information that the ABAP license was installed successfully: 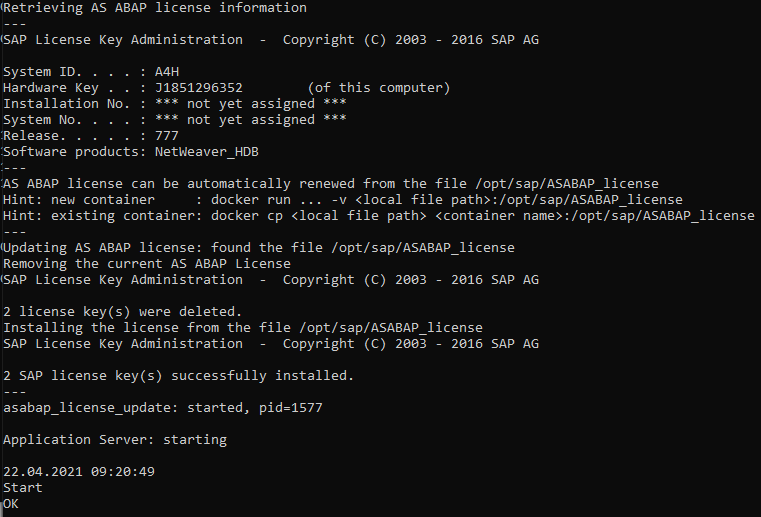