In the past the SAP BTP SDK for iOS didn’t support OData V4 which was problematic when trying to connect your iOS app to a Cloud Application Programming Model service. CAP by default only supports OData V4, you had and still have to use the SAP OData V2 proxy adapter if you want to expose your CAP service using the OData V2 protocol version.

With the version of the SAP BTP SDK for iOS 5.1, released back in March 2021, the OData  V4 support got introduced.

Now you can simply use the SAP BTP SDK for iOS Assistant to generate an app for OData V4, you can try this out by using the SAP Sample Service available over SAP Mobile Services. 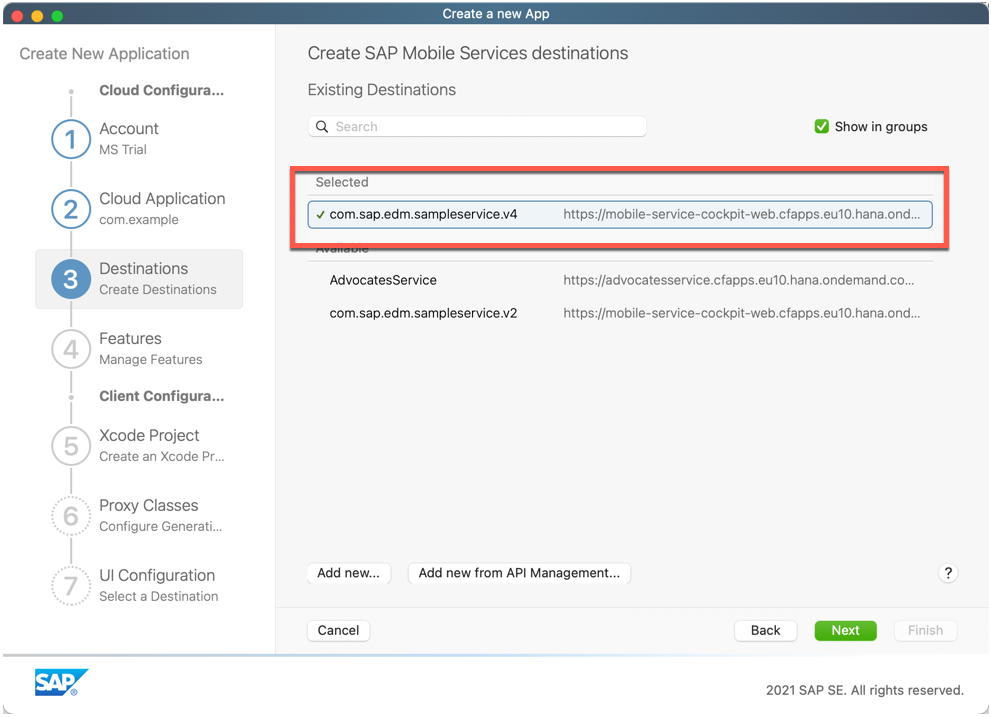 For you as Developer not much has changed except of being able to use the power of OData V4 inside your iOS apps now. The proxy class generation is still the same as well as the consumption of the generated data service layer.

Connecting to a CAP Service in a Nutshell

If we take a CAP service created by you through the help of a tutorial (Go here) or with an existing project you can easily connect to it through your iOS app using SAP Mobile Services and the destination feature.

There are two ways to actually generate the data service for your app:

That is all you have to do for your OData V4 service to be consumed by the SDK.

With that Keep Coding! And stay Healthy! 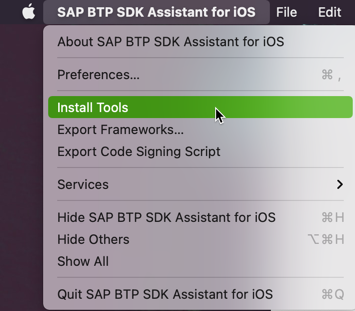