Keyclock as a public cloud Identity and Access Management service.

Adding your own provider keypair.

In order to make it a little bit more realistic first I added my own keypair with my own x509 certificate  (and its private key) to sign the saml assertions with. After having done this my own x509 provider key will be included in the exported keycloak saml metadata.

To start with, I set up the trust between keycloak and SAP BTP Cloud Foundry sub-accounts. That was really very straightforward and was down to exchanging the saml metadata descriptors between a keycloak realm (=IDP) and a CF sub-account (=SP) as depicted below: 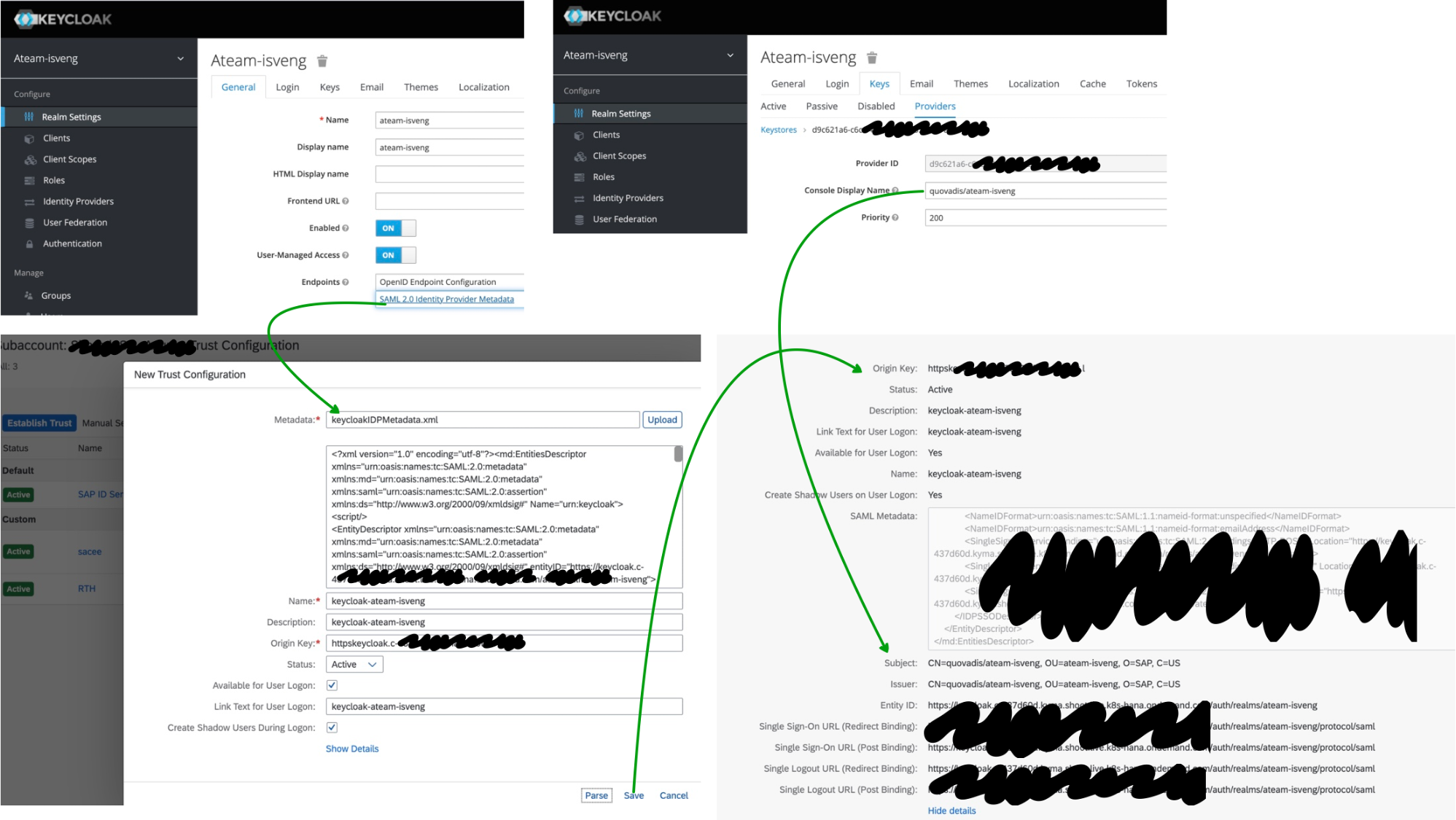 Having keycloak trusted on a sub-account level the trust is automatically extended to the likes of kyma runtime console and subscriptions like SAP Integration Suite and Business Application Studio on the subaccount level.

Last but not least, I also set up keycloak as the SAML WebSSO identity provider with the likes of SAP Analytics Cloud and SAP Live Data Connector.

In either case it was super simple and uneventful.

That will also make housekeeping and rotating of x509 providers an easier task going forward.

As an example we can show it with SAC App Integration (left) and a CF sub-account (right):