When Backorder Processing (BOP) was first delivered with SAP S/4HANA 1610, HANA Rules Framework (HRF) was used to enable the definition a single filter criterion for each BOP segment.

Since that initial release, open and constructive feeback has been provided by customers, consultants, and SAP–internal users alike.The feedback received led finally to the decision to provide a new tool for filtering requirements in advanced Available-to-Promise (aATP) in SAP S/4HANA, Select Option Tool (SOT).

Using SOT to filter requirements represented a dramatic increase in useability and, as the tool is based on the characteristic catalog, it offers increased flexibility as it allows all users to extend the list of fields that are used for filtering, including standard SAP delivered fields as well as custom fields.

SOT was first delivered in SAP S/4HANA Cloud 1908 and SAP S/4HANA 1909 and became the standard method for defining conditions for requirement filtering: 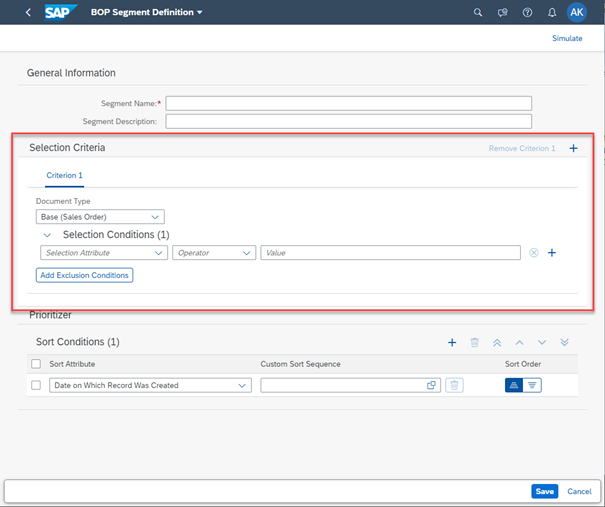 Introducing SOT in SAP S/4HANA 1909 was the first step towards deprecating HRF as the basis for requirements filtering in aATP: since then, HRF-based filter conditions could be displayed for comparison purposes but could no longer edited. New BOP segments were created using SOT and existing BOP segments could only be edited after automatic migration of the HRF-based conditions to SOT. Depending on the complexity of the condition, a manual migration was sometimes necessary, as communicated in SAP Note 2800374 (which also includes examples for migrating to a SOT-based requirement filter.)

With SAP S/4HANA 2021, HRF-based filter conditions in aATP are finally a thing of the past: the deprecation of HRF for aATP includes the definition of requirement filters as well as the actual execution of backorder processing. BOP variants containing HRF-based BOP segments can no longer be processed: any backorder processing runs executed on the basis of these BOP variants will abort without processing any requirements. In addition, any order fulfillment responsibilities defined with HRF will not filter requirements for processing in Release for Delivery. For more information, see SAP Note 3021040.