If you have already used “status dependent import” in solution manager 7.2 and inquisitive to know the latest features of “Release batch Import” in Focused Build ,then here you go. This blog would cover all the dimensions of usability and common queries related to Release batch Import.

It enables feasibility to test and simulate go-live imports days or weeks before the go-live. This allows you solving potential transport conflicts ahead of the actual import window and ensures an seamless go-live.

However, we can use Focused Build standard variants for other transaction types as given below.

4.  Will there be a substantial load in the system due to background jobs?

Not really. For instance, for 10 systems, 10 background processes has to be scheduled, therefore there won’t be a huge difference in terms of load.

5. Can I use the variants as it is, for focused Build activities?

Yes you can use them as it is. However, it is optional to copy into customer namespace. Both ways are ok.

6. What are the standard import variants available?

Discrete variants are shipped spanning over QA import, Regression Import and Production Import. However, it is recommended to apply only for QA import. Prod imports are to be triggered via report by IT team and no automation is recommended.

Below is for the use in conventional charm transactions.

7.  Is it possible to customize the variants?

Yes. Copy to customer namespace and adjust them accordingly to the desired transaction types.

8. How different is “Release batch import” in comparison with “status dependent import”?

In “Release batch import” status has to be configured. Here in latest “Release batch import”, it is pre-configured with set of statuses. Secondly, “overwrite originals” was bound to normal change only, but now it can be used for Urgent, standard, Defect corrections too.  Also, many additional features are available as shown below.

Below is the ON and off options 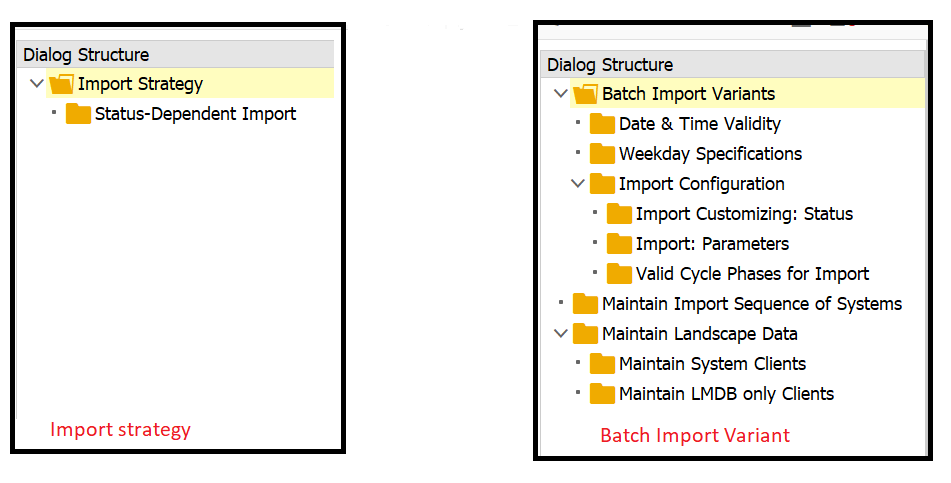 9. What is that one top-notch feature with the Release batch Import?

Test run can be performed before production import, in mass.

10. How to best use the release batch import?

If the focal point is Focused Build, then use standard variants as it is. If it has to be used as a standalone, then create new variants from scratch and use it for conventional charm functionality.

11. If it is preconfigured, then what are those statuses?

Check out the QA import variant for instance- 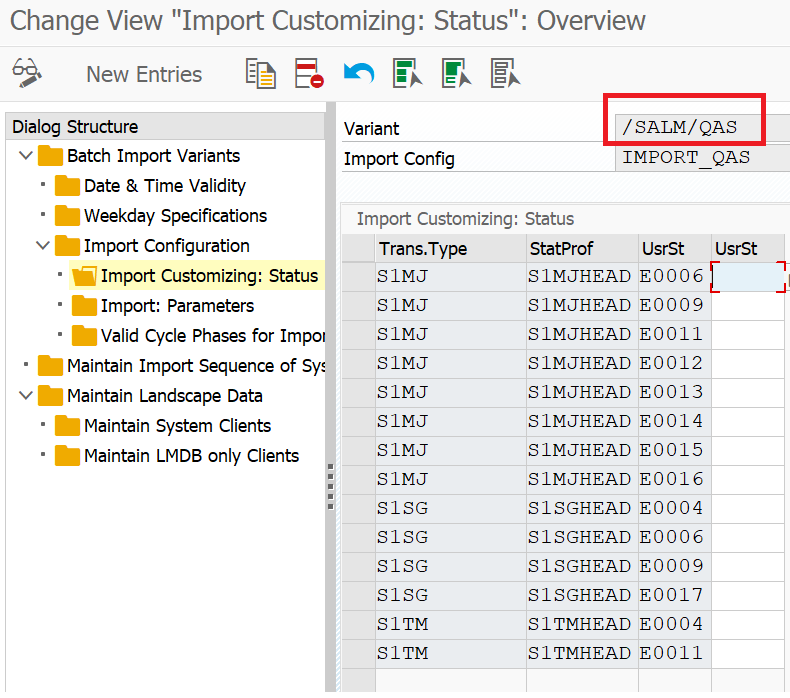 12. What is phase check feature?

If phase check is activated, Automatic mass import won’t be working, without changing the status of release to “Deploy” which is controlled by the release manager.

In standard variant, the phase checks are preconfigured. However, Phase check is recommended only for prod import.

In the below example of Prod Import variant, auto import won’t be allowed until the release is changed to status “Deploy”. 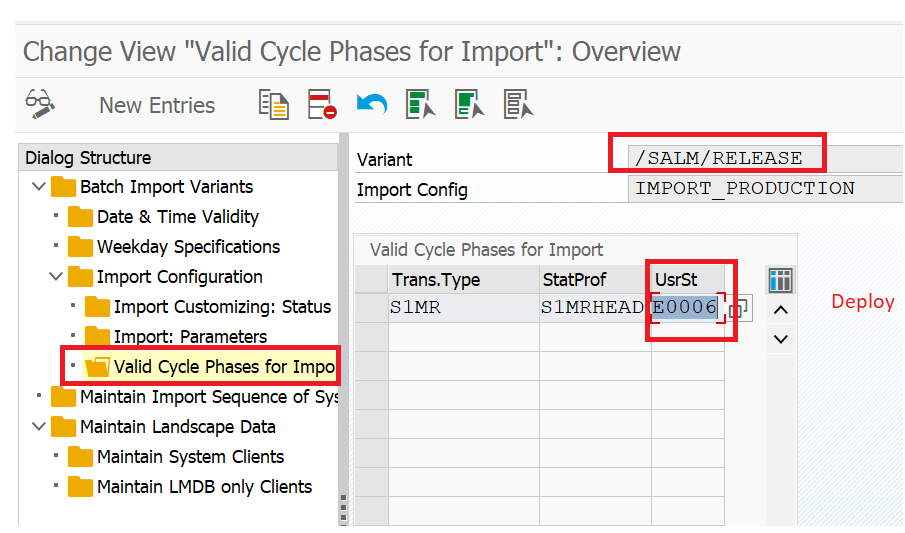 13. How does the automated import job works?

Once the option of “Enable automatic rescheduling” is activated, it will be active permanently. Therefore the job must be removed manually to stop the rescheduling.

Name of job: Here you can give the import job a meaningful name so that you can find the right job faster.  All jobs start with “BATCHIMP_”.

14. Which user should I use for scheduling? TMW of TRUSTED RFC?

TRUSTED RFC user is recommended. However, TMW is possible with various corrections on top of it.

15. How is downgrade approached while Import?

During QA auto import, use the below options to reap the benefits of DGP

During Prod Import, if downgrade is found, it doesn’t deselect those TR’s rather the whole Import gets cancelled. However, as per recommendations, if we are not using auto import in Prod, we can use only the test mode option to prepare the mass deployment in Prod

16. Where do I check the logs of Mass deployment?

Go to SLG1 and key in the below entries -> Execute.

17. How to clean or delete the Import logs ?

Run report /SALM/BATCH_IMPORT_CLEAN_LOGS. Recommendation is to Schedule the report daily to keep your database working

Below is the illustration of transactions and corresponding statuses which allows automatic import, when this variant is configured.

S1HF: Auto import is triggered only during the below statuses.

S1MJ: Auto import is triggered only during the below statuses. 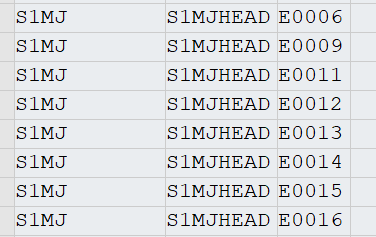 S1SG: Auto import is triggered only during the below statuses.

All the above are the major significant points to know before setting up the release batch import  and this should help in reducing the setup and troubleshooting time to minimal.  In solution Manager Consultant perspective, these points are essential for a seamless rollout. Hope this helps. Cheers!

Great blogpost, thank you very much!

What should be emphasised is that you can also use the Batch Import Trigger as a standalone enhancement, i.e. all other ChaRM transactions can also be controlled with it (see point 3.).

New with SP7 is also a Fiori tile with which you can view the logs directly in the Fiori Launchpad instead of switching to SLG1 (see point 16.).

Keep up the good work and best regards,
stefan

Thank you for your valuable comments 🙂 . Noted.

Thank you for so detailed post with technical details it is so great to find this and it helps me in understanding FB feature in change management.

And I have one question for you: I'm thinking about to move my ChaRM scenario to FB. But the difficult is that I have 5-system dual track landscape and I can not completely understand the realisation of Change management on FB

And in that case what type of Import configuration should I use for each system role?