Getting Energized to Level the Playing Field

A conversation with Amanda Niklaus, PPA Transaction Manager in the renewable industry 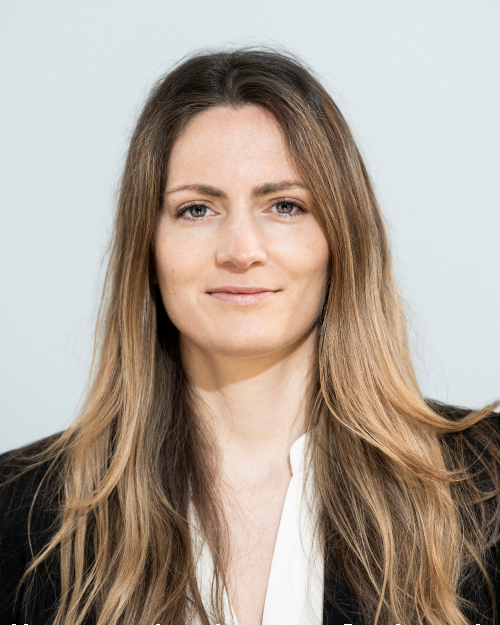 What initially drew you to the energy industry?

During my Master’s studies, there was a mining boom in Australia. A lot of money was put into energy research, particularly for oil and gas. The Head of my university department suggested that I pursue mathematical economics in energy and work with some prestigious supervisors from the industry which I did. After graduation, I worked as an economist for the government and then in investment banking where we were looking at M&A opportunities. At the time, I found working within this very male-dominated industry a bit unsettling, and left for the Australian Energy Market Operator (AEMO) where I worked on providing training for investors and traders and we looked at battery viability for participating in different markets. A lot happened and changed over the time I worked there and that is one of the elements I like about the power market sector: it’s very dynamic, constantly evolving.

When I came back to Switzerland, I read about Pexapark. They were very new at that time and had a lot of potential. I thought it would be exciting to work with a focus in renewables and to help developing a business. I was right — it’s so far been an incredible experience to be part of and contribute to Pexapark’s development and growth.

What’s the most satisfying part of your role at Pexapark?

I really enjoy working across markets and looking at different issues, that clients are encountering or questions they are trying to answer. While our business is very specialised, I feel like a request is never ever the same. It’s always new, there is so much to learn constantly!

What’s your secret sauce that you bring to work with you each day?

A ‘can do’ attitude and resilience.

What thoughts are going through your head (if any) and what are you experiencing when you find yourself to be the only woman in the room?

That’s often the case to be honest. With clients, I do not let that disturb me, I cannot. Otherwise I am going nowhere. It is of course harder to ignore for someone who works in this environment every day. There are many studies about the ‘Onlys’ — referring to the only woman in a team. A notable one is from McKinsey, showing that women in this situation often receive judgement or doubt about their own area of expertise. They feel under a constant pressure to provide a proof of competence compared to their male colleagues. The sad part is that you don’t know if it was intentional, or it is just a dynamic of the competitive environment. That is not always clear. What is clear to me — there is a way to improve the situation.A more gender- balanced team is very important and I’d like to think I try my best to influence in that direction.

Did you have any female mentors or role models? How can we facilitate more mentorship initiatives?

In my first job as an economist, I had a female mentor. Since then I have had other mentors and role models, but they haven’t been women. This might be because there are not too many women in leadership / senior positions in my industry to support other women — which is key to how women help each other to grow in other industries. Studies have shown that mentoring and networking activities designed for women are key to break through the glass ceiling and to remain in top positions. Multi-level mentorship and leadership programs are necessary in providing dynamic social support, including promoting gender awareness and building network to support sustainable career development. There are successful mentoring and leadership programs where high-potential women are trained in the company’s leader pipeline. I believe that such programs help increasing female representation at the managerial and C-level.

I am part of the Women in Wind program organised by the Global Energy Wind Council. Through this program, I was given the opportunity to mentor another participant of the program who was from the same industry. Women in Wind is a great example of a mentoring program, particularly to create a network. To be honest I wish I could also participate as a mentee and a few of us mentors from the program have said the same thing. It’s extremely helpful to be able to share experiences and have a support group and of course to network. 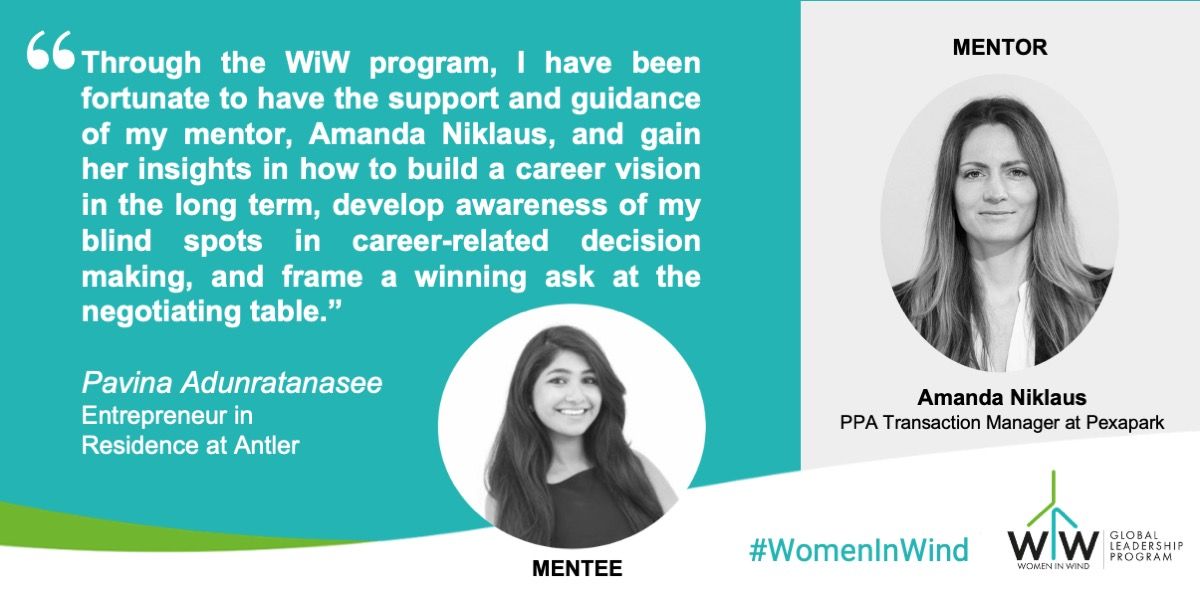 What’s the best piece of advice you have received and what words of wisdom would you give in return from your own experience in renewables?

If possible, influence at the top level, gender neutrality will be achieved more efficiently if it comes from the top. If that’s not possible, create allies that can vouch for the cause with you.

We know that more diversity yields better innovation. What actionable steps can managers take to diversify their organizations?

I think gender inclusion is most effective when driven by C-levels (whether men or women). It becomes a much more powerful message and C-levels have the power to influence managers which in turn will create gender neutral teams.

Other actions should happen as well such as:

What steps can a senior female manager take to encourage growth and success amongst female employees?

I am not saying don’t speak about it given the opportunity, you should, but it would be more influential coming from the top management, whether the top management is a woman or a man. They have the decisional power to make real impactful changes within the organisation (e.g. setting up KPIs and rewarding financially, imposing gender neutral panel for interviews, etc.).

To complement this, women in more senior roles (doesn’t have to be) can form a network of women and men in the company and industry to support the idea. There is power in numbers and in creating a network.

While this blog focuses on actions that managers and organizations can take to create more inclusive and encouraging environments, there is room for EVERYONE to actively participate in making these changes. As a parent, as a partner, as a mentee or mentor you can influence by becoming an ally, talking about the topic and try to make an impact from all angles. Everyone has a place and role in making a positive difference.

Let’s get to work!

Through SAP.iO No Boundaries, our mission is to help the world run better and improve peoples’ lives by empowering innovators from all backgrounds to start-up with SAP. SAP.iO No Boundaries is committed to accelerating 200+ startups with a female and/or underrepresented founder/CXO by 2023, and will also work to embed inclusion in SAP’s culture, in the cultures of our customers, and the startups we engage with.

Thanks for sharing. Really interesting article! I would love to hear more stories of engaged and courageous women in our industry.

Thanks Nicole. Please check out www.sap.io/innovators for more stories and more to come.