Is automation a threat for apparel industry?

Advances in automation could ruin hopes of creating millions of jobs in sectors like textiles.

In many South Asian countries, thousands of people are part of the cheap labour force used by factories owned by foreign firms to produce their products at the lowest cost. The World Bank estimates that this region of the world alone will incorporate between 1 and 1.2 million people into the labour market each month in the next two decades, about 240 million people.

However, in Atlanta, the American robotics company Software Automation is developing a machine capable of replacing these workers, the “Sewbot,” which enables the entire manufacturing process to be automated. 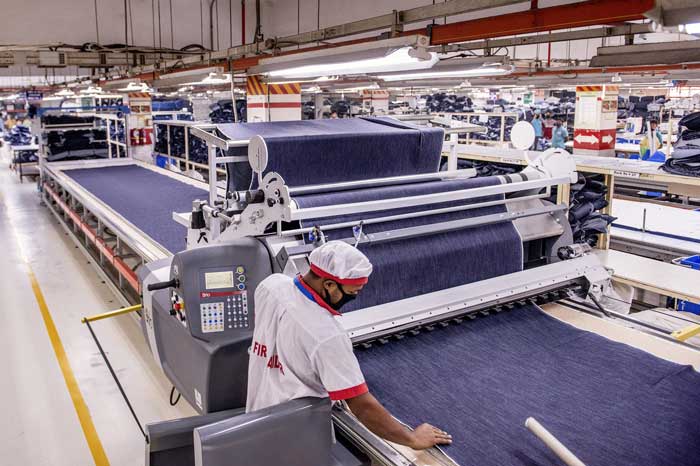 It is years before this technology is cheap and reliable enough to replace humans. While workers earn an average of $1,200 a year, the price of the Sewbot has yet to be revealed, but industry sources suggest it could cost hundreds of thousands of dollars. But experts warn that it is only a matter of time before this technology tests this part of the world’s economic model.

South Asia is more exposed than the rest of the world, as most of the region’s economies are based on international manufacturing work, for which China is becoming more expensive. In India, Pakistan, and Bangladesh, politicians introduce a “demographic dividend” as populations grow rapidly while wages remain a quarter of the average in China.

Economists are beginning to wonder how much dividend these workers will enjoy when the machines, little by little, replace them. The impact will also be seen in regions such as Southeast Asia and Sub-Saharan Africa.

“Robotics and artificial intelligence are the next revolutions,” says Rajiv Kumar, economist, and founder of the Pahle India Foundation, adding that “they will be the most destabilizing revolution that has ever been seen because they will replace not only routine work but also complex mental functions. ”

In 2015, Dani Rodrik, a Harvard economist, coined the phrase “premature industrialization,” arguing that many underdeveloped countries became service-based economies long before their Western counterparts. Rodrik explained that technological change played an important role but warns that this trend could have serious economic growth and political stability in these regions.

One of the sectors that could be most affected would be the textile industry. In particular, Bangladesh is so dependent on this sector that 82% of exports are textiles, and 2.5% of its population works in clothing. According to the Clean Clothes Campaign, one of the largest coalitions of unions globally, uniting Bangladesh, India, and Pakistan, there are 27 million people employed in the sector.

One of the reasons this industry generates employment is because workers in South Asia earn lower wages than their Chinese competitors. Another reason is that the industry has remained immune to automation. The difficulty in the treatment of delicate materials, the precision of the work, or the complex decision-making, are some of the reasons that explain machines’ inability to reproduce this work.

But this may change. The creators of “Sewbot” are perfecting their invention by incorporating cameras so that the robot can take photos of the material that is being sewn, analyze the process and better control the movements of its limbs.

This technology caught Walmart’s attention, which gave the company $2 million as part of a project to automate jeans’ manufacture. Next year, the company plans to expand the process to T-shirts, 97% of which are made outside the US.

Walmart isn’t the only large retailer interested in automated clothing. In April, Amazon filed a patent to develop a machine capable of sewing garments right out of the box. US companies are also spurred on by political reality. After Trump’s election and his promise of “America first,” trade policies have led companies to seek ways to bring work back to the country.