Are the lands where the Jumblies live.

Their heads are green and their hands are blue,

And they went to sea in a sieve. And wrote Clean ABAP.

This blog is the concluding episode, as it were, of an ongoing book review of I am doing of a new SAP Press book all about “clean” ABAP code. The first three parts of this book review can be found at

If you have been following the previous blogs you will have noticed the focus has not been so much on how to write Clean ABAP Code as such but rather on various puppets that starred on television in the late nineteen seventies in the UK like Basil Brush and Bruce Forsyth.  They are a hard act to follow and so I have been thinking long and hard about who to use to close off this series and I have decided that the Clangers can step up to the mark. 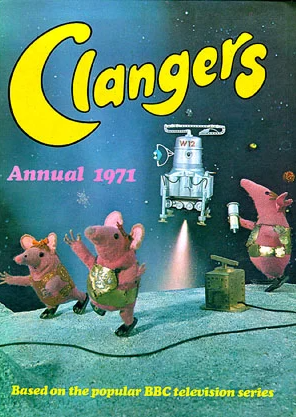 As you can see the Clangers are knitted mouse like creatures, that speak by whistling. When I was young I had it my mind that they lived on a planet in deep space, but later in life most people seem to be of the opinion that they live on the moon. Either way it is an airless world, and the craters are covered over with dustbin lids. Inside the surface of the planet are Iron Chickens and the Soup Dragon. 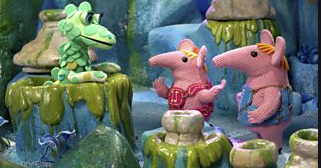 In the same way the Earth’s core is full of molten rock, the core of the Clanger’s planet is filled with soup which is harvested by the Soup Dragon for the Clangers to eat. They also eat Blue String Pudding, and on the surface of the planet there are Cheese trees in addition to the Music Trees. 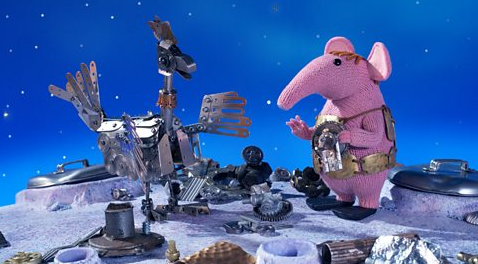 The narrator claimed that claimed that in reality when the Clangers’ were whistling, they were “swearing their little heads off”. The dustbin lids on the craters and the Roman style armour they wear are to protect against meteorites and space debris. And Iron Chickens. 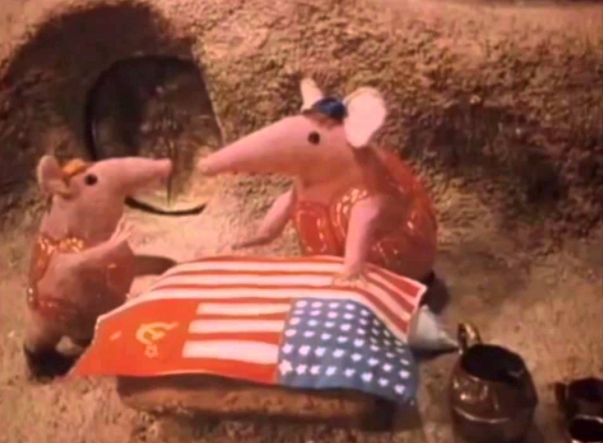 I asked the Clangers what they thought about the Clean ABAP book and they said:

I could have not put it better myself and I hope you all agree. The only way you will really know for sure is if you read the book yourself.

It Could still be a Big Night – if you Play Your Cards Right! Goodnight!

Excellent, as usual. Love the Clangers stuff, but then I'm English. Lots of SAP and development wisdom in there too, which might appear to one as a koan.

That's a kind of meaty sandwich as a compliment, I would say - but then again it's a meaty blog.

Loved this and the other blogs about the book!   Yes, I touched it I now own it is a normal occurrence.  Totally agree. Matthew Billingham

Extended program check - you'll find me on the rubbish side.   It has sent me in the wrong way one million too many times.   And the pragmas just lead to messy code.   Yes, I look at the errors.  However sometimes they lead me down a rabbit hole too.  I will drive myself slowly insane if I try to fix these.  Sure sy-subrc is simple to check if it's needed.  Usually it isn't when extended check says it is.   But all the other fun things like not needing xyz - oh boy do you need it in a different program.

Development reviews - I used to do and receive these all the time.  We started these prior to SAP.  The system had nothing to do with it.  Now - I don't do them or receive them.  Why?  Too small of shop.  If I am learning something I usually beg someone to check it for me.   That's been a lot of the time lately.

You do make me laugh throughout the blog.  Which is amazing considering such a dry (but important) subject.  I'm also impressed.  I don't tend to read the books I have cover to cover.   I usually use them when I get into trouble or - you guessed it - when I'm learning something new.  Then it's picking from the pages instead of a complete read.   (There are some exceptions)  SAP books have gotten a lot better and less dry to read.

Thank goodness.  I have a lot of these on my shelves.   Thank goodness, all my library has gone onto my Kindle.  I'd have too many around me, and might even be considered a hoarder.  Also I've lost track of how many times I bought the same book twice.  Not anymore.  However, a good learning tool - I buy these as real books.   I like to flip through the pages to what I want.   I think paper books are probably on the way out completely.  I wonder is that really saving the environment?  People will plant less trees.  Oh well - a question for another day.

BTW - I'm not English and enjoyed the Clangers.

Now all that's left for me is to actually get the book....  This one is hard though.  It's like a car the minute you drive off the lot it's worth less.  Why?  Because things are always changing.  That's what makes every day so much fun.

Your comment on the ATDF is pure gold 😂 Makes me wonder if you have a "standup comedian" alter ego? 🤔

However, I am an avid ATDF user. But i do agree that its syntax is definitely not "clean". Mostly i hide the dirty innards of the ATDF inside a more readable method.

Some of the extended program checks are really good, but sometimes I filter the errors using https://docs.abapopenchecks.org/checks/31/, instead of having to plaster the programs with pragmas.

Hi Paul,
you talk about dependency lookup vs constructor injection:

Moving on to the subject of how to replace real dependencies with test doubles the suggested method is constructor injection. I always used to do just that until the open SAP course on TDD at the start of 2018. There the SAP instructors explained that “dependency lookup” was the way to go, with the CUT getting all its dependencies from a factory, and the test class “injecting” the factory during the SETUP method. I had never heard of that concept, but it is brilliant, and I would now never do this any other way, so goodbye constructor injection forever.