With the FPS1 release of SAP S/4HANA 2020 a new scenario for central projects enables asset settlement in Central Finance. In my last blog post I have already explained the options of Asset Accounting in Central Finance. I have shown a scenario for central asset accounting with investment orders in source system. With the new central projects (WBS) – asset settlement scenario this process is now also available for WBS (work breakdown structure) elements.

The asset settlement scenario for central projects has been delivered with SAP S/4HANA 2020 FPS1. For SAP S/4HANA 2020 FPS0 you have to implement SAP note 2994285 to be able to use this new scenario. Central Budgeting for Projects has been enabled with release SAP S/4HANA 2021. Central Budgeting for Projects is allowing a centralized approach to managing budget in a Central Finance system while the budget is typically consumed in a process carried out in a source system. In this blog post I will now take a closer look at the asset settlement scenario for central projects that enhances the existing reporting scenario for projects. 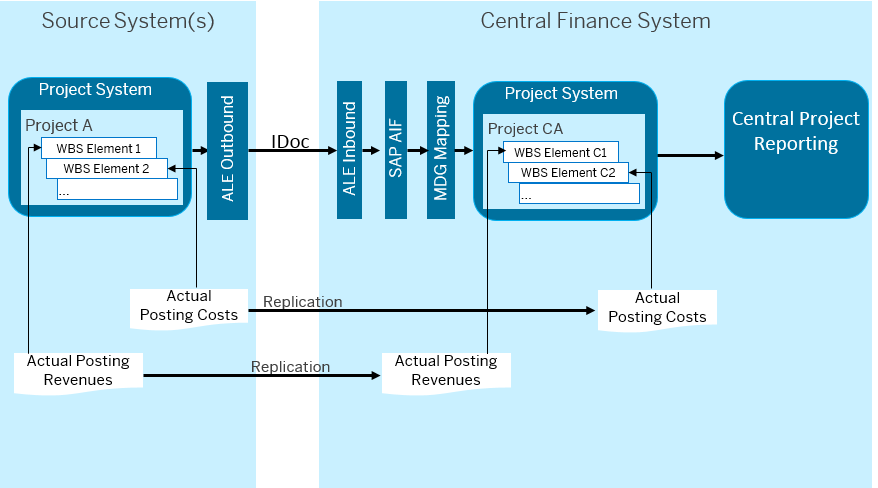 The required set up in source system, AIF and Central Finance system is well documented in SAP Help and there is also a report available that checks settings for replication of projects:

TIP: The mapping of project IDs

If the project IDs and project coding masks are not already harmonized, the mapping of project and WBS element IDs and the definition of a project coding mask in the target system can be challenging. One simply solution would be to add a prefix for each source system. You can find a simplified example in the following table:

To implement this or your own logic and to create new identifiers for the project ID and the IDs of the work breakdown structure (WBS) elements in the Central Finance target system you have to implement  BAdI BADI_FINS_CFIN_PS of enhancement spot ES_FINS_CFIN_PS. You can find an example implementation in class CL_BADI_FINS_CFIN_PS_DEFAULT.

The second central project scenario allows the settlement to assets as first operational processes on WBS elements in Central Finance. It is based on the reporting scenario and has been delivered with FPS1 in SAP S/4HANA 2020.

What are the highlights of the new Central Projects (WBS) – Asset Settlement Scenario?

What are the Key Benefits? 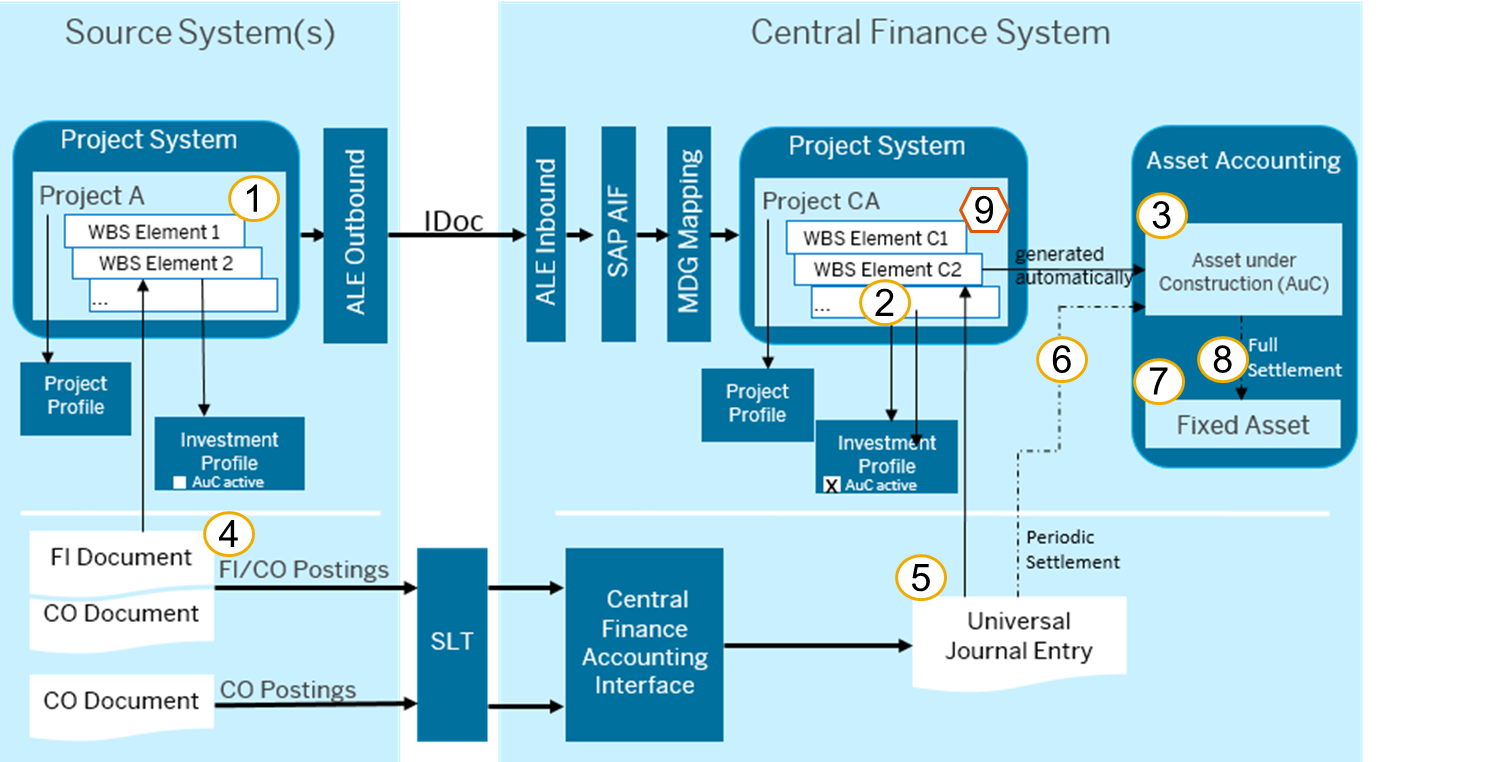 I have highlighted the main process steps:

Some of the existing constraints still exist: The WBS project structure only is replicated. Settlement rules and networks are not replicated. Therefore, you would need to first settle the network to a WBS element in source system. For more details, prerequisites and constraints please refer to the SAP Help and following SAP notes and links.

If central budgeting is activated, processes consuming budget in a source system will run a remote budget check against the budget and availability control of a Central Finance system as highlighted in the high-level process overview:

With FPS1 of SAP S/4HANA 2021 a new configuration consistency check for central budgeting for projects is availble.

Finally, if not already done, make yourself familiar with the latest simplification list for changes in Project System in SAP S/4HANA and also check the compatibility scope for SAP S/4HANA:

The new Central Projects (WBS) – Asset Settlement Scenario enables one more central process in Central Finance and thus helps to take advantages of centralized processes in Central Finance. With the help of an investment project (WBS element) you can do asset related postings in source while doing the capitalization in the central finance system and keeping asset accounting in the central finance system only.

I hope this blog post was helpful for you! 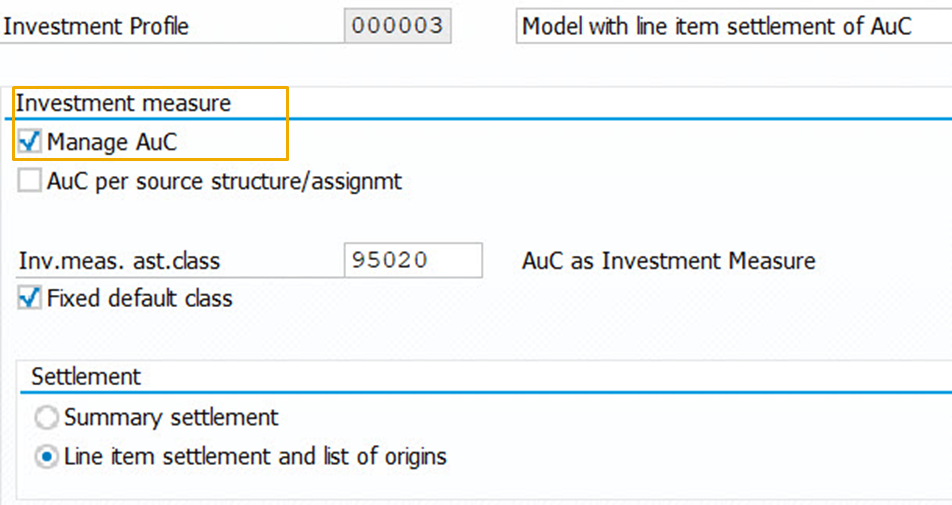 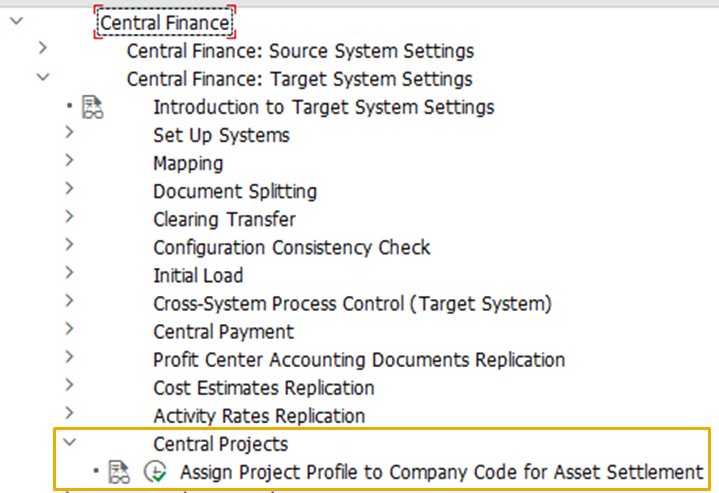 Thanks for this helpful blog.  I'm interested to understand how this plays out with a scenario where you have an S4 instance with Logistics/Manufacturing processes and therefore need to run Product Costing and variance analysis within that system.  In your Central Finance system if you have this scenario activated and your asset depreciation is executed there , how would you retract that that data into source system to complete your variance analysis?

Hi Elizabeth, this is a good question. There is no retraction of actual postings back to source system available within Central Finance. If you require asset related postings in source system, this would be possible with the scenario of decentral asset accounting in source system.

Hello Christian , thanks for the very informative blog .

my question is on the "The mapping of project IDs"

when we update our target CFIN system with the pre fix , will it also update the PS/WBSE MDG lite table automatically ?

can you please kindly advise ?

Each project and WBS element which is replicated to the Central Finance system runs through the MDG (Master Data Governance) business mapping. Here, the project or WBS ID as well as many fields in the project or WBS master data are mapped.

Thanks for your quick response, Christian,

My question was even if we prefix the PS and WBSE in CFIN whether the MDG lite mapping between the source PS WBSE and the Target PS WBSE will automatically update with the target WBSE with the pre fix, we did check the BAdI now and it is updating it .