FlowStateListener in the Flows Component of SAP BTP SDK for Android

In the previous blog post, we discussed how simple the Flows component of SAP BTP SDK for Android was to use in client code. In this article, we’re going to dive deeper into the Flows component regarding the different states during the onboarding, restore, and other flows, and how the client code can listen to these states and execute its own logic.

During the onboarding, restore, and other flows, the Flows component will collect different information at different times. For example, the application configuration will be ready after activation steps are completed, usage collection consent status will be ready after the consent step is completed, etc. These states need to be passed to the client code for different purposes. For example:

Listen to the States

To listen the states of each flow, you can create an instance of your ‘FlowStateListener’ and set it into ‘FlowContext’ when you start the flow. For example:

The diagram below shows all the states during the onboarding process, when they are notified to the client code, and their sequence. 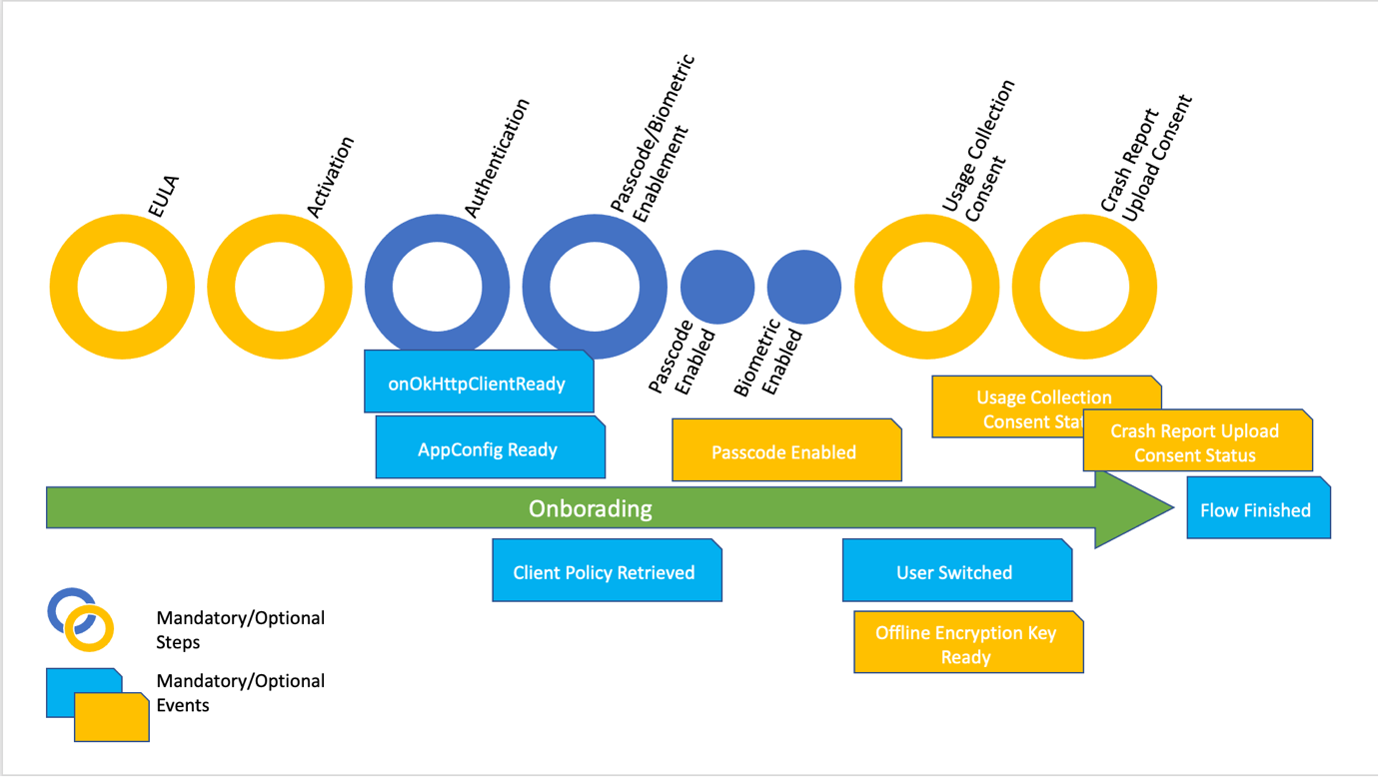 After onboarding, when the app is restarted, the restore flow will kick in. Then, you may ask, if I initialize my online/offline OData provider in ‘onAppConfigRetrieved’, prepare definition queries for a user in ‘onUserSwitched’, and offline OData parameters in ‘onOfflineEncryptionKeyReady’ during onboarding, will these events also be notified during restore?

The answer is yes. Onboarding and restore flow cover most of the callback functions in ‘FlowStateListener’, leaving only two additional callbacks:

Suppose the client code wants to add an HTTP header into ‘OkHttpClient’, it can override ‘onOkHttpClientReady’ in its ‘FlowStateListener’ in Java:

‘addUniqueInterceptor’ is an extension function provided by the Flows component, which adds unique interceptors into ‘OkHttpClient’ since the above callback function may be called multiple times.

When you implement your own ‘FlowStateListener’, be aware of the following:

Please leave your feedback here in the comment section below. For questions about SAP BTP SDK for Android, please leave them here:  https://answers.sap.com/tags/73555000100800001281