In this blog post, we will cover the following:

Now we will create the test double environment for our entities and tables. This will be done in setup and teardown methods of test class. Test double environment for entities will be created using interface “if_cds_test_environment” and for tables apart from the tables in entities such as customizing tables or any other tables from which we will be selecting data in implementation methods, we will use interface “if_osql_test_environment”. 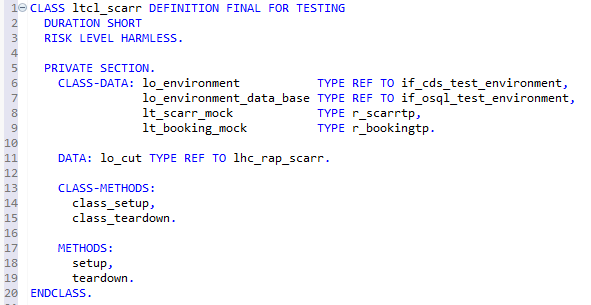 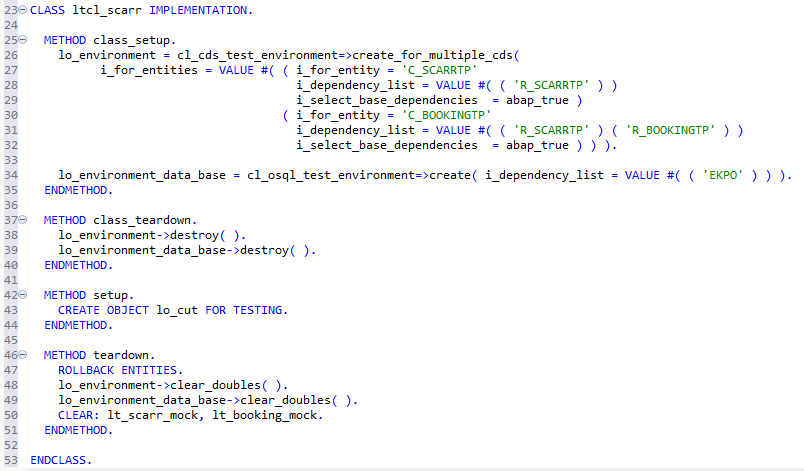 Now, we will create unit test method for a determination “setBookingTime” in which we will be determining the booking time. 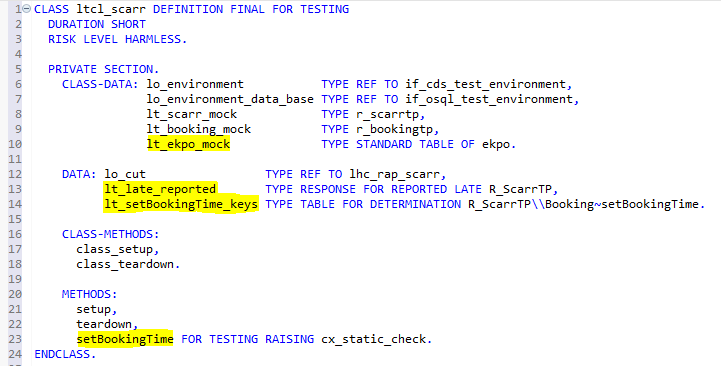 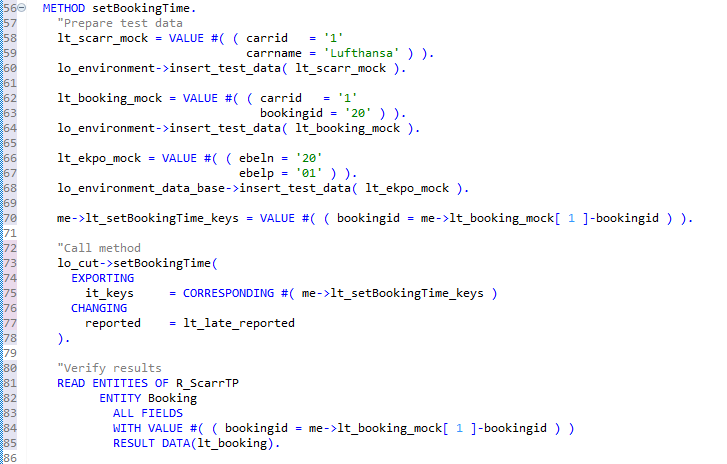 Now, we will create unit test method for a validation “checkBookingTime” in which we will check if the booking time is not initial. 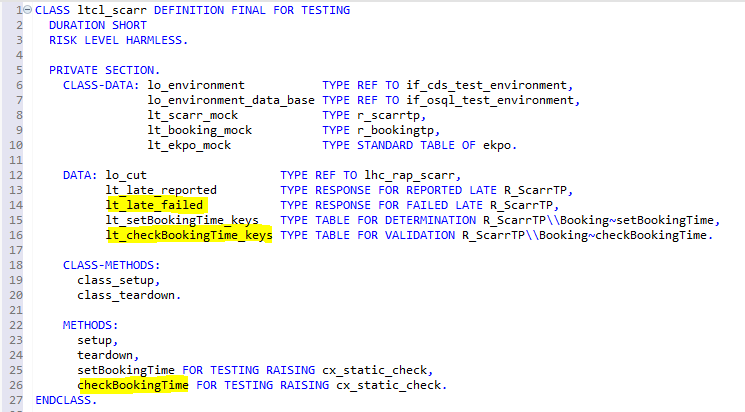 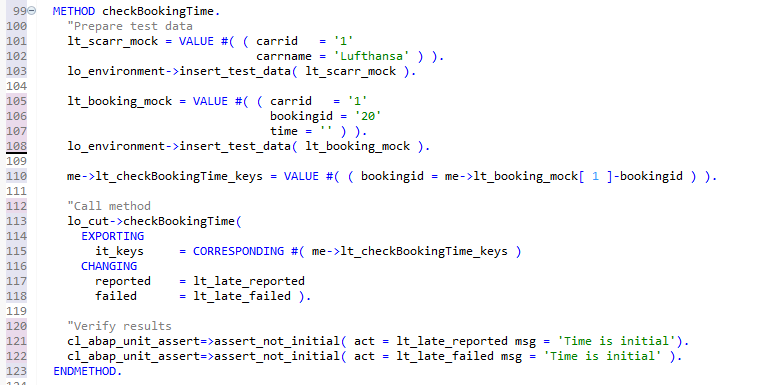 Now, we will create unit test method for a action “markComplete” in which we will mark the current booking as completed. 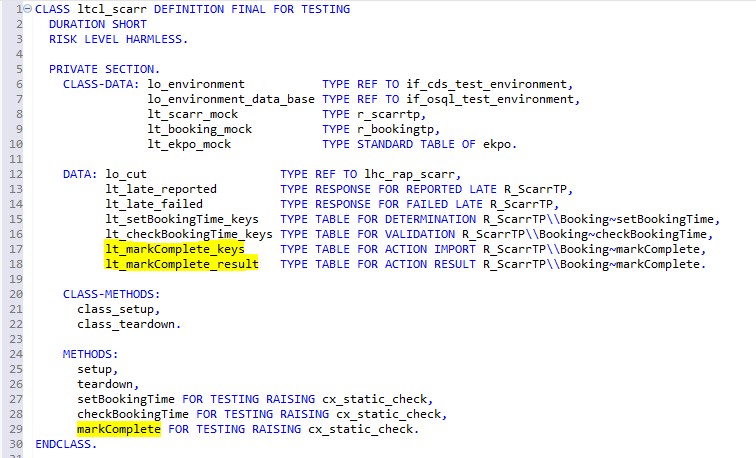 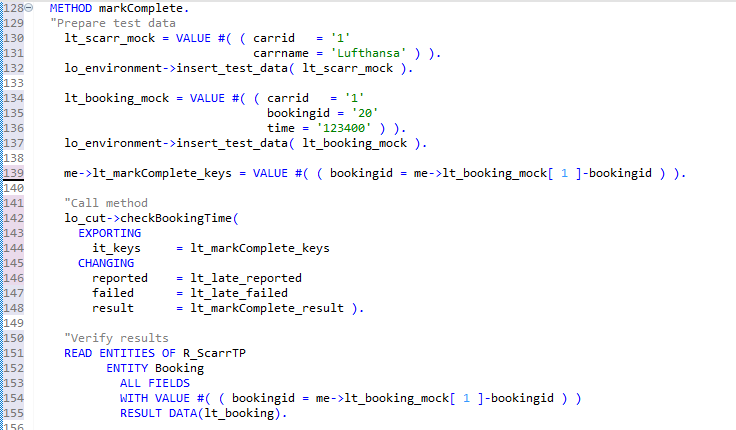 The above cases will prepare mock data for active tables only and won’t work with the draft tables. There can be some cases where we explicitly need to check if the draft (%is_draft) is on, then only perform the operation. In this case we will use the “Edit” action to create draft for our mock data and then use rollback in teardown method to rollback all the changes. 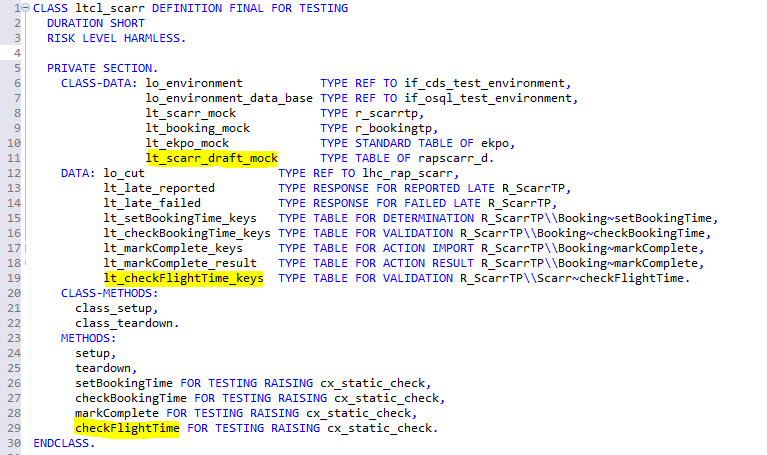 Common mistakes which we make while writing ABAP units

Please refer to SAP documentation on Unit Testing with ABAP Units for more details and examples by clicking here.

In case of any further questions, please leave a question here. In case anyone wants to add something that I missed, please add in the comments below.

Very nice blog on Aunits @ RAP. which I was unable to move ahead with. Thanks a lot.

Excellent blog! Thanks for this summary!

Unfortunately, this was missing from the OpenSAP course on RAP.

Could you provide the sources online, preferably in a github repository?