The OpenAPI specification is a way to formally describe the services exposed by REST endpoints. To enforce design by contract(APIs), the specification is typically automatically turned into code in the client system, so the boring parts are hidden from the application developer, and the syntax checker can help to remind the developer when the contract is changed.

This client generation has long been a missing part in the ABAP ecosystem, and I’m happy to announce abap-openapi-client which is an open source OpenAPI client generator in ABAP 🙂

Much of the code is just simple concatenation, which all(?) ABAP developers can help to evolve, 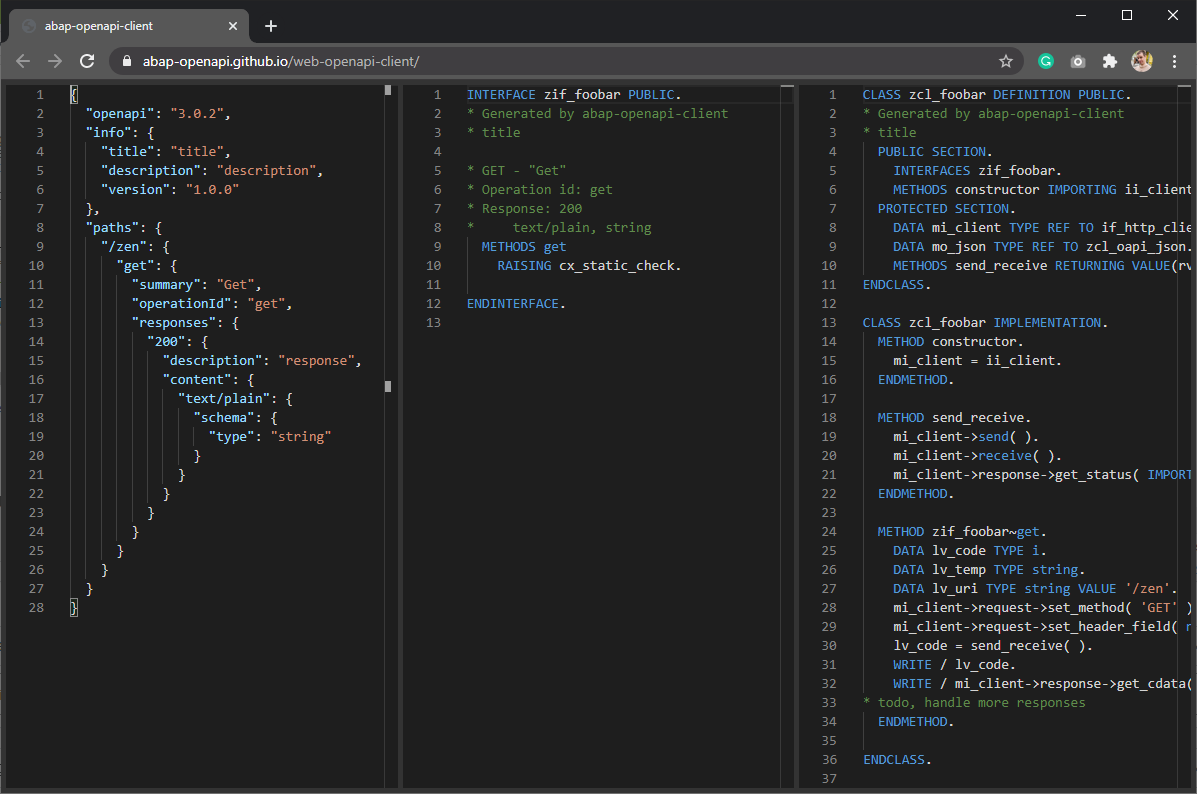 This works by transpiling the ABAP code to JavaScript.

The code is hosted on GitHub, and employs a full Continuous Integration setup, each change triggers static analysis via abaplint, and unit tests are run via the transpiler, this will help to make safe changes in the codebase.

As a Continous Delivery example, GitHub provides specifications for all its endpoints, and the generated ABAP client code is automatically updated daily at https://github.com/abap-openapi/generated-github

The code is open source under the MIT license. Expect bugs as multiple OpenAPI parts are not implemented yet, and ABAP is a funky language 🙂 With the CI setup, it can all be fixed, one bug at a time.