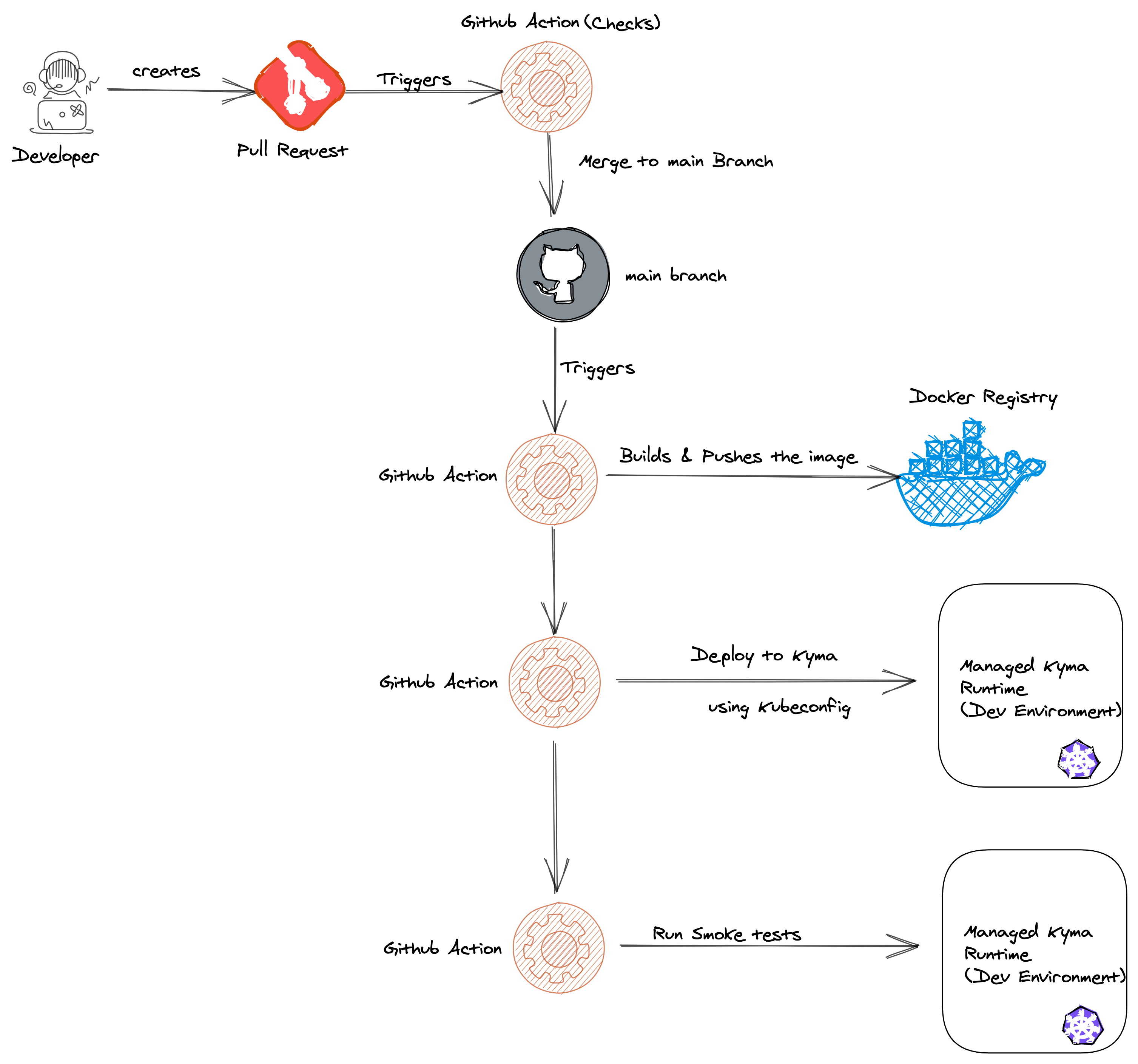 The initial part is a standard PR flow where certain checks are performed for a PR to ensure it can be safely merged to main branch.

Post merge, the assets (in this case docker images) are created for microservices and pushed to docker registry.

Any dev landscape specific configuration is provided in the values-dev.yaml.

For any confidential data, it is possible to create secrets and use environment variables with Github workflow.

It uses various actions from Microsoft azure to set up the Kubernetes environment such as:

The KUBECONFIG is configured safely as an environment secret in the repository settings.

Below are the steps in deploy-to-dev workflow.

The workflow will deploy the workloads as well all the necessary configurations such as:

The only exception is to create the Service Instances for required services and events. For Services, Secrets are also required to be created. In the future releases, these manuals steps will also be obviated.

The corresponding details then need to (secret name and gateway url variable name), then needs to configured in values-dev.yaml & values-prod.yaml for dev and prod landscapes respectively. 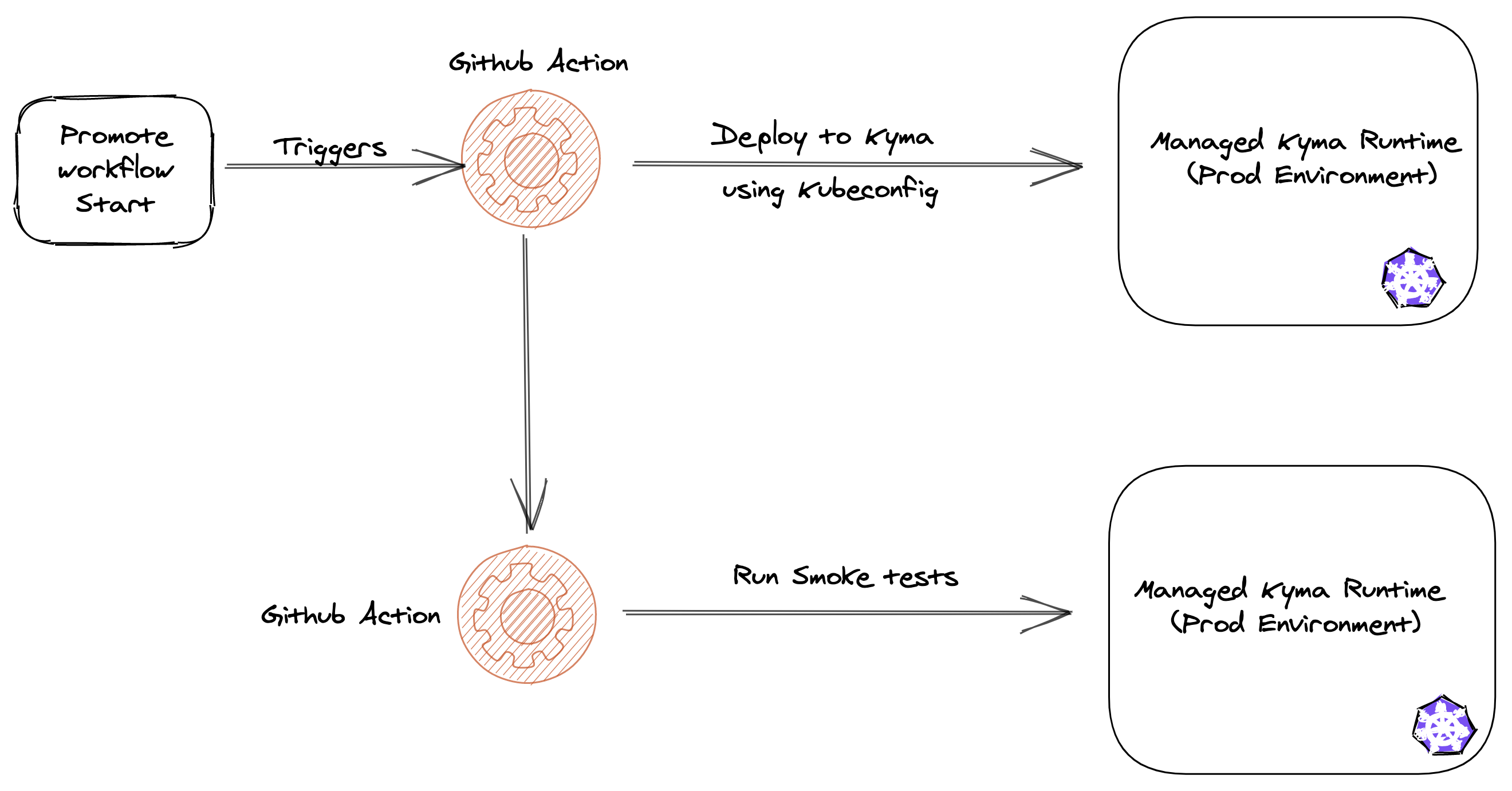 The workflow to promote to production is very similar to the one used for deploying to dev landscape.
The only differences are it uses a different kubeconfig and values-prod.yaml for helm installation.

Extension or function is triggered based on an event (order.created) from a SAP system (in this case, mock SAP Commerce Cloud). The logic then retrieves the order details by making an API call via API gateway & stores it.
The stored details are then available an API exposed using API Rule. 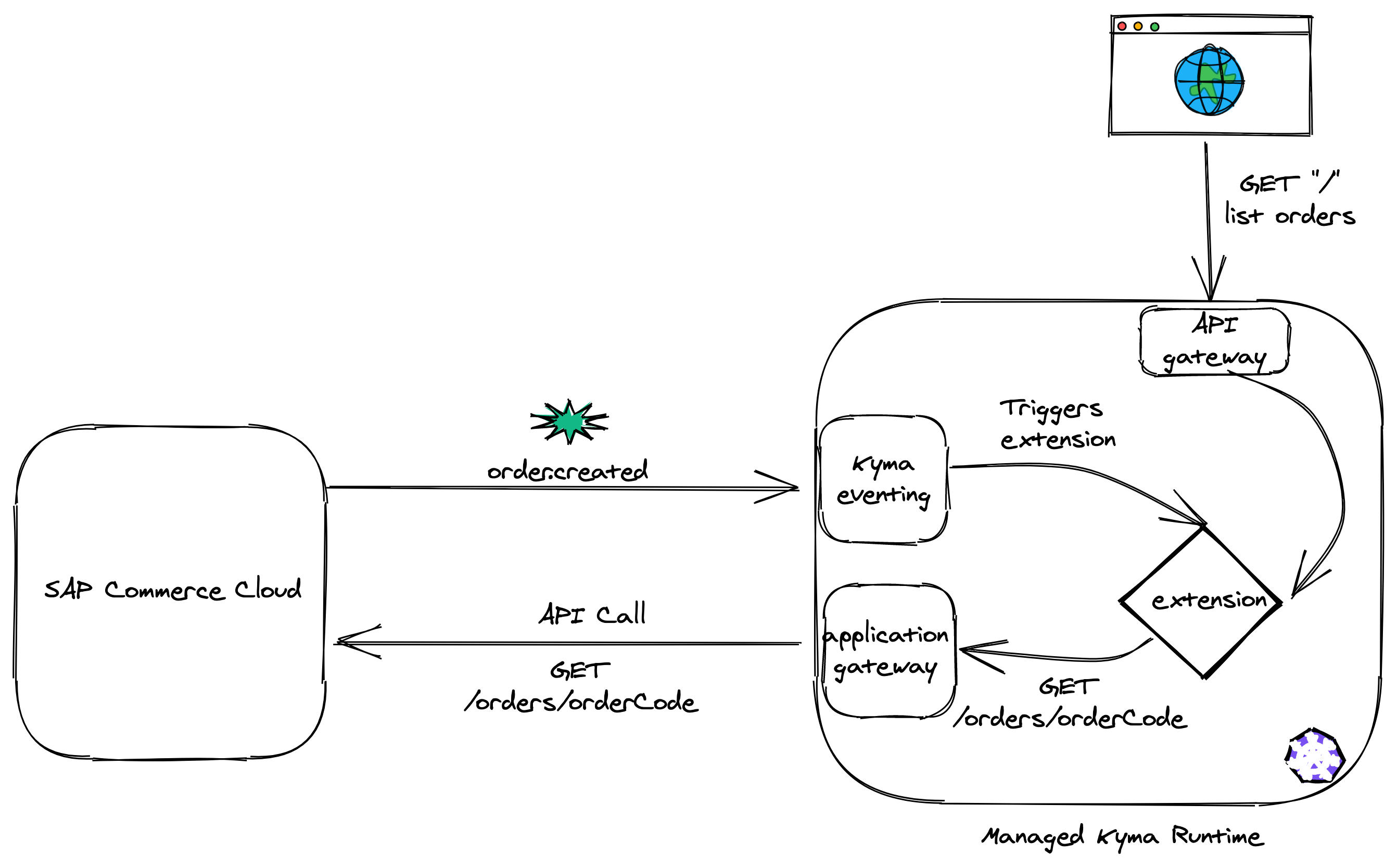 The sample project can be accessed at SAP-Samples Github https://github.com/SAP-samples/btp-kyma-runtime-ci-cd

Does SAP plan to support this pipeline as part of SAP Continuous Integration and Delivery - SAP Help Portal?

yes it is on our roadmap.