Let’s say there is a project with WBS structure where only level 3 WBS (“Turbine”) is marked as account assignment element. Material requirement is maintained under that WBS element, as depicted below. Materials are booked for valuated project stock. MRP is used to meet the demand.

WBS element has budget distributed on it. 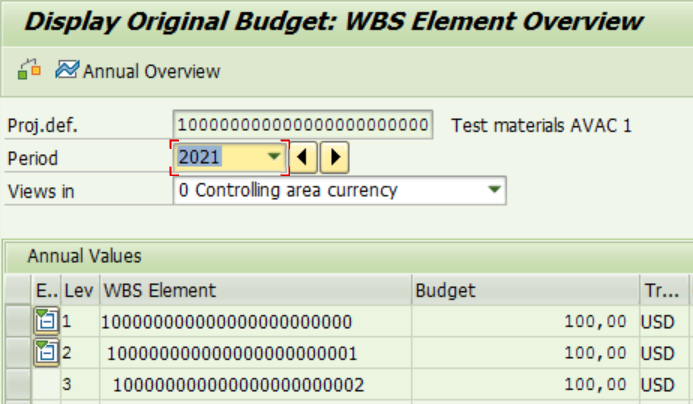 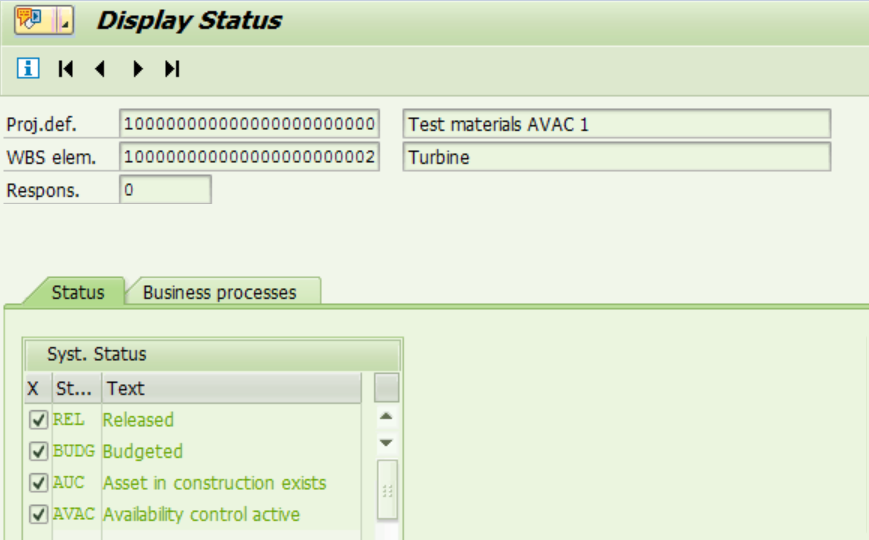 Planned costs exceed the budget (whish is 100 USD, as was shown previously).

Here I have configured availability control in such a way that system issues a warning message in case budget is exceeded – user would be informed that additional budget has to be requested. 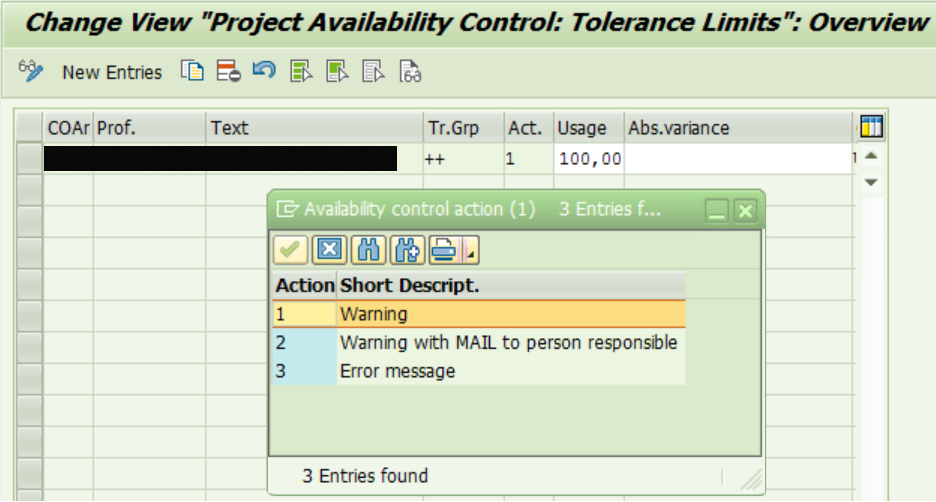 However, system does not issue any kind of message during project save.

This means that planned costs were not interpreted as assigned value and thus were not compared with the WBS budget.

AVAC analysis available in CJ31 could be used in order to investigate and confirm suggestion. 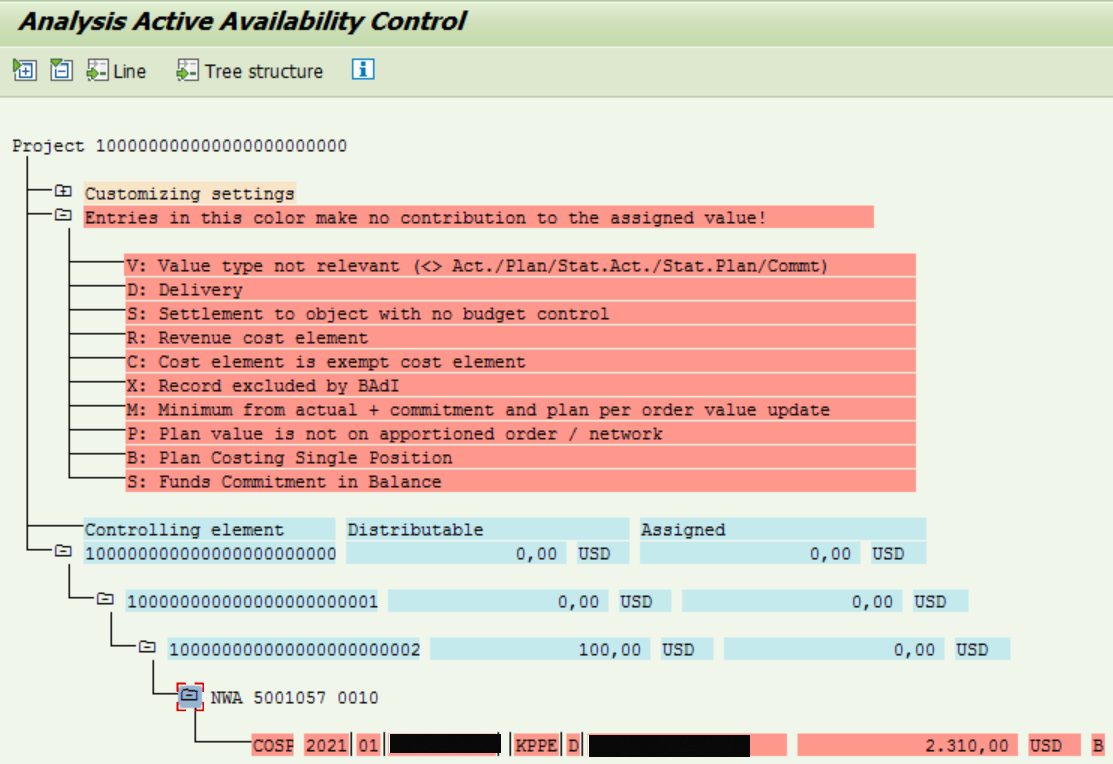 So the availability control does not take materials requirements “reservation for WBS element” into account during project save, which is very disappointing.

The next question you might be asked – when the availability control would hit the alarm if it is not conducted appropriately during project save?

Let’s say that materials would be procured – they are not available in the warehouse. Then the right answer would be that budget availability check would hit when purchasing commitment would be generated.

In case MRP is used you have to keep in mind that commitments are not generated for the purchase requisitions created from MRP. Thus, budget availability check would issue the message only at the time of purchase order creation, which is too late in the most of the cases.

What you might want to achieve with this solution is the following:

The main stumbling block here is that system does not take planned costs lines from material component into account. Thus, you have to use some other kind of planned costs.

The first idea that comes up is to use overheads for planned costs. Overhead lines would be considered during budget availability check and are calculated automatically on network save – it fits above requirements.

Therefore, you could apply 100% percent planned cost overhead for each network activity, created for materials planning. However, that would double planned costs. Thus you would have to simultaneously apply -100% overhead using another cost element, which would be excluded from budget availability check using AVAC customizing.

The picture would look in the following way:

Therefore, budget availability control would compare $100 of overhead (which is equivalent to amount of planned costs) with WBS budget, which is correct.

In reporting, total amount of planned costs would equal $100, because lines 2) and 3) would collapse.

No development and no additional actions for users are required.

1) First thing that has to be done – cost elements for overheads should be created.

You would have to create separate cost elements for +100% and -100% overheads.

Cost element category 41 should be used.

In the sample customizing below cost element group which includes all cost elements used for materials is maintained. 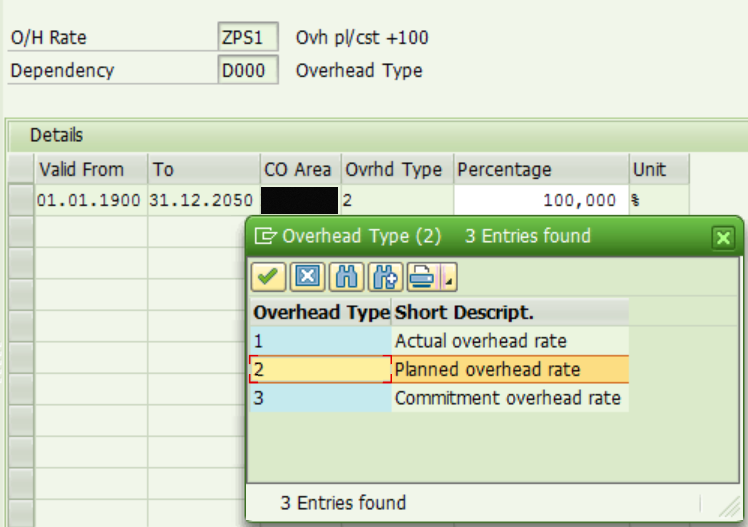 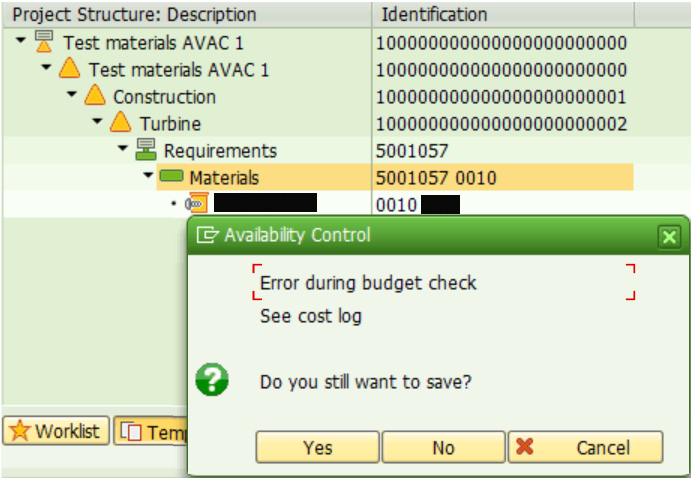 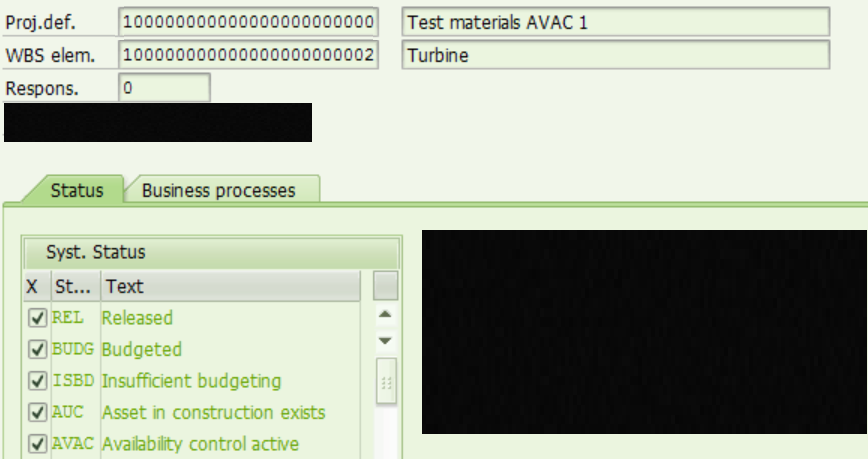 Availability control works exactly as expected. -100% overhead and material component planned costs are not taken into account. 100% overhead is interpreted as assigned value. 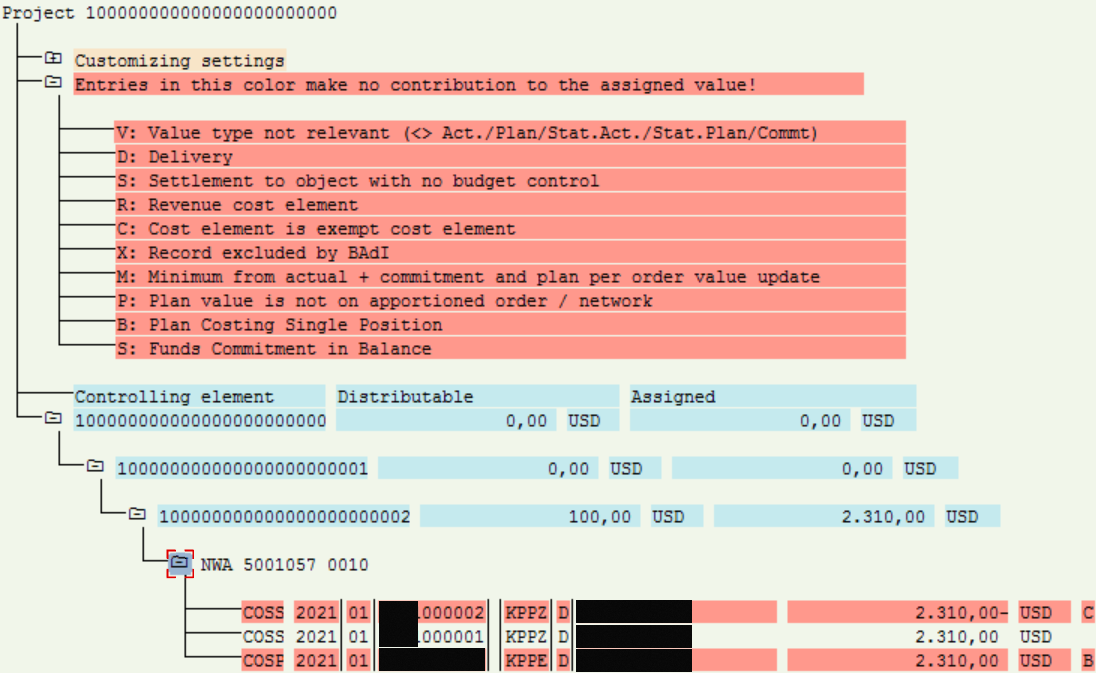 In this blog post you learned how to configure your automatic network costing in such a way, that budget availability control would recognize material planned costs as assigned value.

Now you could fully benefit from PS standard budget functionality:

If you have any doubt or any query, please let me know in comment box.

I hope you liked this document.

Nice blow...it shows out of the box consulting skills.

Btw, have you tried configuring OPSV with below settings. I think your requiremnt will be met with these setting as well.

We have tried it previously and, unfortunately, this customizing does not influence the fact, that material planned costs are not recognized by budget availability check as assigned value (last image in "Problem" section). Thus, described requirements would not be met.

Can the same be achieved using Funds Management?