As tribute to our colleagues who have been working for SAP Labs Poland for over
a decade we decided to interview them to about the past, their memories and future plans. In this series, we would love to thank them all and wish them all the best in their careers. Below the next anniversary interview with Wojciech Krzemień!

SAP Labs Poland: When exactly did you start working in our company?
Wojciech Krzemień: That was 4th of January 2011 – first day when I came to the office.
Newborn hybris Support team – I was 4th member there – Hugo Costa (our manager), Tomek Kulej, Irek Nidbała and me. We were sitting in the old location of our office in Gliwice – 1st floor – just in front of HR room. There was a big silence in the room by the first 2-3 days after day I joined. After that short period of time we decided to break slowly this atmosphere – how long you can talk only about support tickets. Sometimes I drew something stupid on the board behind my desk, sometimes short stupid comment was told and finally we all became a good friends not only a typical colleagues from the office. Our promising cooperation for years (as I can say now) has been sealed later in the several popular Bierhallen in Munich.

SLP: What position did you start at and where are you now?
WK: I started as a Support Engineer delivering help for our partners developing hybris Commerce Platform on the customers side. We had several career opportunities inside of the support branch, which I went partially through, but they had no cover in SAP career paths. Currently I’m Senior Support Engineer (oldest one), but my contact with customers is more limited nowadays – I’m responsible for definition and preparation of support processes for a new solutions, taking care about onboarding materials for our support engineers, contact with dev teams and helping in crucial situations when very often nobody knows what to do.

SLP: What was the biggest change for you in the last 10 years?
WK: I think that the biggest change was hybris acquisition by SAP in August 2013. We became a part of a big worldwide company being previously I would say family team where you knew personally people from the topmost position – I mean CEO to the basic level where we were as a team.

SLP: 10 years has already passed? How do you feel about that?
WK: I didn’t think I would stay so long here when I came in 2011, but from my point of view – I hadn’t worked in a such new born company before and with the frequent flights to Munich, occasional flights to Montreal and that everywhere in the world you could have
a good colleagues to work with and go for a beer –  I understood that I was placed in
a company, where I really wanted to stay for longer.

SLP: What was your plan for your career? Are you now in a completely different place than you originally planned to be?
WK: When I joined to the company, all I wanted was a change of the technology from oracle developer to java developer. And it worked. There was not concrete vision of my career for the next 10 years in that time. My chosen direction – technical support for our partners was such satisfying for me as I see that I stood in this branch of company till now.

SLP: What is the funniest memory or story of those 10 years?
WK: A lot of stories – I will not describe them all here because first – we would need to write a book and the second – not all of them should be published. We – as a Product Support team, were always a collection of talented people not only in a professional point of view, but also as a group of specific personalities leading to thousands of jokes.

One of the funnies but I would say a bit stressful story, which I remember is my flight to Montreal in 2014. I had a flight to Frankfurt at 3 o clock in the morning from Katowice Airport. That was exactly a day, when we were changing our room in the office to some other so I took all my things from the desk to my bag, forgetting that one of them was
a gift I got somewhere – not small not big steel folding knife. In support team we were using it when there was a necessity to cut something or somebody wanted to repair something and needed a knife. I unpacked everything at home from my bag and took it as a hand luggage for my flight.  At the Airport I was staying in departure queue for scanning process and I was asked if I have any dangerous or forbidden things with me. I obviously denied. Problem appeared when my hand luggage started to ride there and back through the scanner and more and more security guys came to look on the screen. They were looking inside of my hand luggage, unpacking more and more things. Queue behind of me became really long. People were getting nervous pointing obviously at me. Security guys where asking, what is that – pointing on the scanner view – they were seeing something but were not able to identify that thing in the bag. Finally after several checks of my bag, one of guys took his hand out with folding knife and opened it – asking WHAT IS THAT?!
I heard a whisper of a queue behind of me. Next there were the serious of questions like: Are you going to take this on the board with you? What are you going to do? etc.
That was 3 o’clock in the morning but my blood pressure grew up to the level like I drunk 10 of espresso coffee at once and I could do then was to said softly – NO I DON’T.
Finally, after considering police call option my folding knife was thrown in the trash and
I was allowed to go ahead. Stupid situation but a good learning for life.

SLP: Where do you see yourself in the next 10 years?
WK: I have no specific answer for this question. This is so long period of time that this is very difficult for me to tell. I have so many hobbies and technical directions (not only connected with the IT), where I would like to go that I have no specific vision. We will see. 😊

Thank you Wojciech for the interview. We wish you continued your career successfully.
Happy Anniversary! The next story will be published soon. 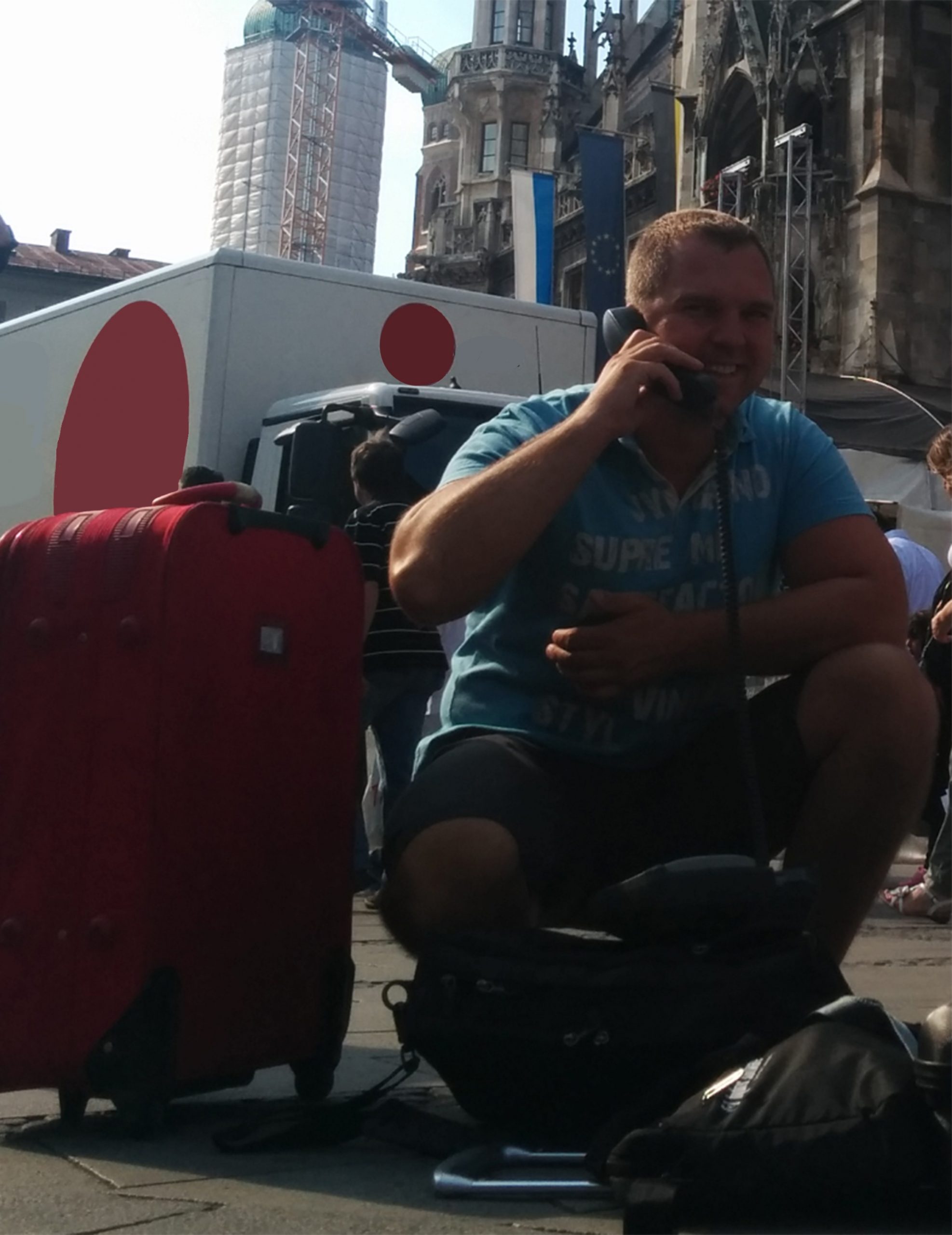 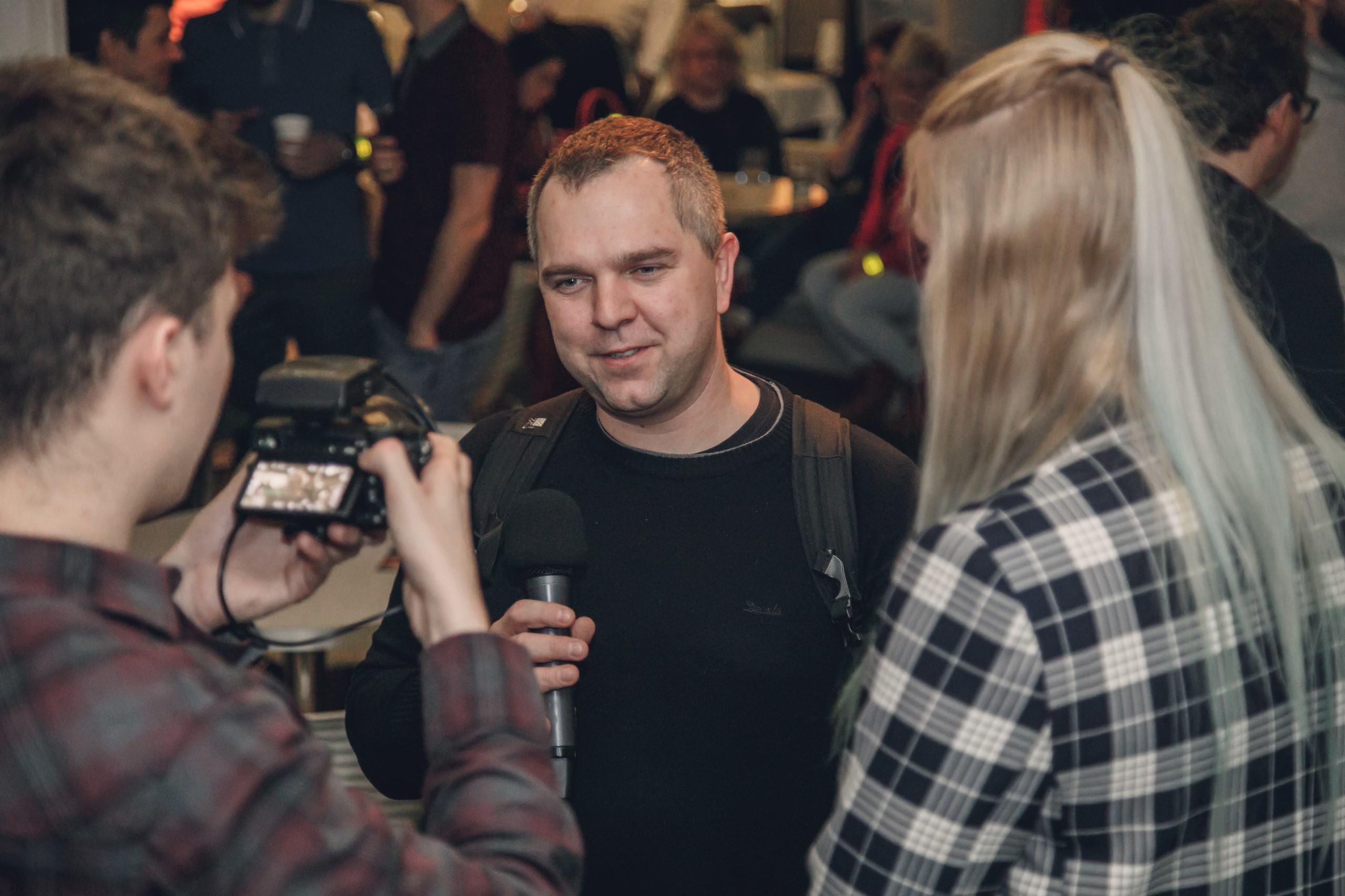